But Kazakhstan has more to lose. 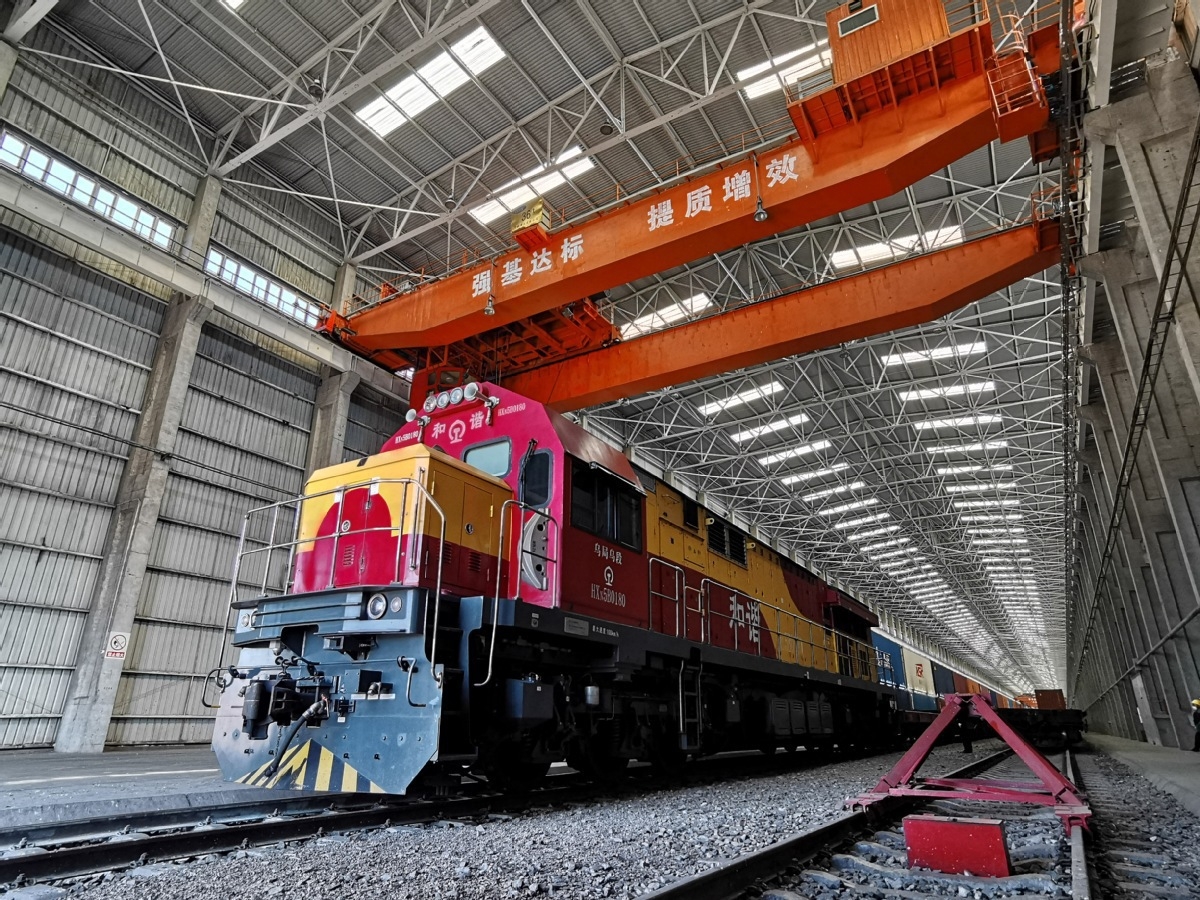 A Chinese train waits at the Kazakh border (China Daily)

Sanctions on Russia are sidetracking China’s Silk Road Rail Corridor – disrupting freight traffic and creating losses for China – while forcing Beijing to rethink regional trade, development and security strategies. But the most severe long-term consequences may be felt in Kazakhstan.

Boosting rail traffic running from China to the European Union via a web of routes through Kazakhstan, Russia and Belarus is a key element in the Belt and Road Initiative (BRI), a $1 trillion vision unveiled by Chinese leader Xi Jinping in 2013 to project Beijing’s economic and political influence around the world. Rail traffic through Russian territory ran on schedule during the first few weeks after Russia’s invasion of Ukraine, as orders initiated prior to the war completed their transcontinental journeys. But while transit via the sanctioned Russian Railways is still technically possible, a growing number of logistics companies have effectively halted BRI-related operations through Russia.

On March 10, for example, DB Schenker, a prominent German third-party logistics provider announced it was temporarily suspending “land, air and ocean transport” to and from Russia. A day earlier, another logistics giant, Hapag-Lloyd, confirmed it is no longer accepting bookings involving Russia, Belarus and Ukraine. Also on March 9, a statement issued by the inland Port of Duisburg in Germany, a key hub for BRI shipments, noted that international insurers are likely to stop offering coverage for shipments transiting Russia and Belarus.

The financial fallout from the Silk Road rail breakdown is affecting China in a variety of ways. Not only is the war starting to cost Beijing lost trade revenue, it is also turning infrastructure investments into white elephants. One such project is the Great Stone Industrial Park situated about 15 miles outside the Belarusian capital, Minsk. The $2 billion, Chinese-financed complex was billed as a trade and IT hub but was mostly a goodwill gesture to induce BRI cooperation from Belarus. This investment may now prove a total loss for China.

The economic hit is relatively minor when compared to the social, economic and geopolitical headache that Russia’s attack on Ukraine is creating for Xi’s government. China’s “no limits” strategic partnership with Russia has turned into a liability for Beijing. Russian leader Vladimir Putin’s willingness to cause collateral damage to the BRI – which is intimately tied to the Chinese leader’s personal prestige – has inflicted reputational costs on China, costs that may hinder efforts to infuse the BRI with fresh momentum once the fighting in Ukraine stops. There also could be economic penalties for China, if Beijing provides tangible military or financial assistance to Russia.

Internally, the prospect of a prolonged interruption of BRI trade has significant ramifications for Beijing. A major strategic BRI objective is facilitating the pacification of China’s restive Xinjiang Province, the scene of an ongoing crackdown on Muslim minorities. Xi has consistently presented the BRI as an instrument capable of bringing peace through trade and economic development. The specific vision for Xinjiang was laid out in China’s 13th five-year plan, which pledged to “strengthen infrastructure development along major routes and at major ports of entry” and “work to develop Xinjiang as the core region for the Silk Road Economic Belt.” China’s strategy also emphasized greater economic integration with Central Asian states, in particular Kazakhstan, thus promoting a greater level of stability along China’s western border. With many BRI rail routes hamstrung, China will be hard-pressed to come up with strategic alternatives. Beyond the short-term impacts on trade, Russia’s invasion severely undermines the BRI’s “peace through commerce” strategic rationale.

Central Asia’s stability is fast-emerging as a source of concern for China, given that the sanctions imposed on Russia are also punishing Central Asian economies, and are causing labor migration patterns to shift. Remittances sent back to home by Central Asian labor migrants have long been an important source of income for many families in the region. But this crucial income stream now is in danger of rapidly drying up.

For a variety of reasons, including fears of impressment into the Russian army, legions of Central Asian labor migrants are leaving Russia and returning to their homelands, where dismal job prospects await. The combination of rapid inflation, economic stagnation and rising unemployment in Central Asia raises the risk of regional unrest. Already in January, before the start of the war, discontent boiled over into deadly street protests in Kazakhstan. Worse could be looming just over the horizon.

Kazakhstan is the Central Asian nation with the most to lose from BRI disruption. BRI transit trade had been a bright spot in Kazakhstan’s otherwise bleak economic landscape in recent years. Kazakhstan also tailored its development strategy around its role as a trade corridor. Even while the COVID pandemic was raging, trans-Eurasian rail corridors experienced growth; in 2021, the BRI network, of which Kazakhstan is a major hub, handled about 15,000 trains, ferrying almost 1.5 million containers. The massive new inland port of Khorgos, on the Kazakhstani-Chinese border, often portrayed by Kazakhstani officials as the Belt and Road’s “buckle,” generated a nice revenue flow into state coffers, despite rampant smuggling. Now, it seems likely there will be a sustained drop in trains passing through Khorgos.

Kazakhstani officials are clearly worried, especially given that the country has barely recovered from its severe bout of instability in January. The ripple effect of sanctions has already fueled a 20 percent drop in the value of the Kazakhstani currency, the tenge. The inflation rate in February was roughly double the official estimate. The Central Bank has already spent over $800 million of its reserves to reinforce the battered currency. Authorities also have imposed limits on foreign currency and gold exports. It’s uncertain whether the post-invasion spike in global energy prices can help offset the financial turbulence by providing added revenue for energy-rich Kazakhstan.

With BRI routes traversing Russia now seemingly on hold, southern routes via the Caspian Basin, avoiding Russian territory, are receiving more attention. On March 16, Xi moved to shore up diplomatic ties along the southern route, discussing trade and transit with the leaders of Turkmenistan, Gurbanguly Berdymukhamedov and his son and heir, Serdar. While growth in transit volume along southern BRI routes is possible, alternative routings that avoid Russian territory have their own logistical complications, possibly including Russia’s continuing assertion of a “sphere of influence” in the greater Caspian Basin.

War-induced destabilization is one factor behind Kazakh President Kassym-Jomart Tokayev’s offer to serve as a mediator to end the fighting. The offer, however, has fallen on deaf ears. It seems Vladimir Putin is in no mood to listen to anyone from outside his inner circle. Only China appears to possess sufficient heft to break through Putin’s defensive bubble. But so far, its “no limits” relationship with Russia seems to be trumping BRI losses and other economic considerations in prompting China to stay on the sidelines.

Nathan Hutson is a professor at the University of North Texas. He is a specialist on China’s Belt and Road Initiative and previously worked as a consultant for the World Bank.