The church has been pushing for a ban on abortion. The Kremlin isn’t interested. 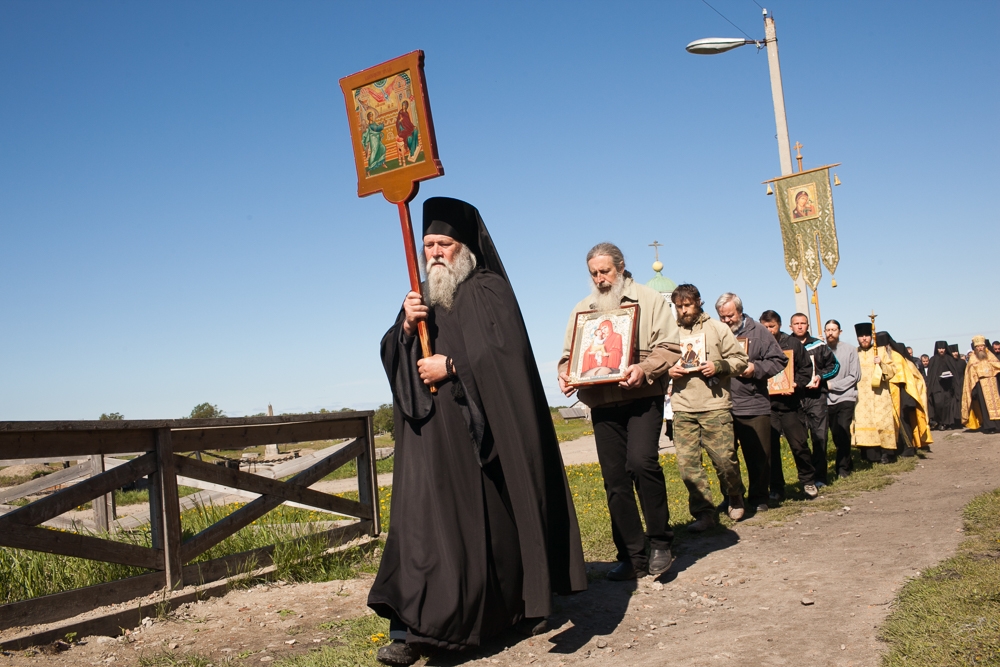 Russia is an acknowledged leader of the global movement to assert "traditional" values. Yet when it comes to abortion – a bedrock issue for most traditionalists – the Kremlin is sticking to a largely pro-choice stance that puts it at odds with the Russian Orthodox Church.

Tension over abortion has been simmering for years between the church (ROC) and government. In September 2016, Russian Orthodox Patriarch Kirill signed a petition to the federal government to ban abortion, calling for fetuses to receive the same legal protections as living persons. The petition's sponsor, leading Russian anti-abortion group For Life!, reached its goal of collecting 1 million signatures in August 2017, and late last year submitted the petition to President Vladimir Putin.

Rejection was a foregone conclusion: During a press conference last December, Putin maintained his commitment to legal protections for abortion and cautioned against drastic measures. He highlighted the government’s support for increased social welfare programs for mothers and families as the preferred method for addressing Russia's shrinking population. Crucially, he invoked a need to follow the example of other “civilized nations” on the matter.

Russian leaders view population decline as a national security issue. A May report by the United Nations predicted that Russia’s population would fall by 11 million (7.6 percent) by 2050, and would be increasingly concentrated in cities.

Putin’s position on an abortion ban clashed with the church’s perception of Russia’s moral duty to protect the “traditional family” from the eroding pressures of Western liberalism. The president’s dismissal of the ban, and his appeal to the example of the “civilized world,” thus highlighted an area of church-state tension.

The ROC is constantly negotiating between its prescribed role as a partner in a governmental project to increase Russia's population, and its mission to promote Orthodox moral principles. An element in this moral mission is the total elimination of abortion. The government, on the other hand, seeks to reduce abortion not for moral considerations, but to increase the population; the state relies on the church to promote Orthodox ideals about motherhood primarily as a means of supplementing the financial incentives it offers for women to have children.

The 2017 anti-abortion petition was primarily a tactic by traditionalist leaders to invigorate what they believed was a silent majority in Russia. The ultimate aim is to keep pushing incremental limits on abortion rights.

The ROC, in part because of its close relationship to the state, has had some success in influencing abortion-related legislation. For example, in 2011, it successfully lobbied to enshrine mandatory pre-abortion waiting periods, as well as uphold a doctor’s right to refuse to perform the procedure.

In promoting an anti-abortion agenda, the ROC has benefited from the support of like-minded deputies in the State Duma, such as Elena Mizulina. Among the policy changes that the Church and its allies are currently promoting is an initiative to remove abortion procedures from federally funded medical insurance coverage. Church leaders maintain that state-funded abortions constitute a violation of public conscience.

The repeated defeat of many anti-abortion proposals, including insurance limitations, clearly demonstrates that the Kremlin is not inclined to regulate abortion based on moral or religious grounds. While the state has in recent years approved increasingly restrictive legislation – most recently, as of December 2017, clinics must seek a special license to perform abortions – there is no indication that authorities are moving to eliminate access.

One area where the church and state work closely together is pre-abortion counseling. In 2007, the Ministry of Health began forming consultation centers, attached to each abortion clinic, where Orthodox clergy and psychologists often try to dissuade women. In 2015, Patriarch Kirill and Minister of Health and Social Development Veronika Skvortsova signed an agreement to expand the pre-abortion counseling framework.

Church leaders rationalize working with the government on abortion-related issues as an opportunity to mitigate the country’s high abortion rate. Although a total ban does not appear imminent, the situation would be worse if the church refused to work with the state on the issue entirely, ROC leaders say.

It will be difficult for church and state to reconcile their positions. For the state, cooperation with the church is a pragmatic way of encouraging population growth. For the church, however, the abortion debate is connected to a broader desire to bring about a wide-scale cultural transformation.

The ROC values its public platform, where it can trumpet its anti-abortion message. In turn, the state attributes lower abortion rates in part to the church’s work, especially in the area of abortion counseling. As long as the state maintains the ROC’s platform and continues its current policy course, it is unlikely that a majority of the ROC leadership will condemn officials outright for their reluctance to support an outright ban. Rather, for the foreseeable future, church and state will likely continue to promote their partnership as the vanguard of global traditional values. Meanwhile, expect the church to keep pressuring the state for a total ban.

Diana Dukhanova received a PhD in Slavic Studies from Brown University in 2017. She is currently visiting assistant professor of Russian at the College of the Holy Cross in Massachusetts.

Get Eurasianet in your inbox: Subscribe to our new weekly newsletter.