The new regulations demonstrate how migration is a political tool in the struggle for power between different branches of government. 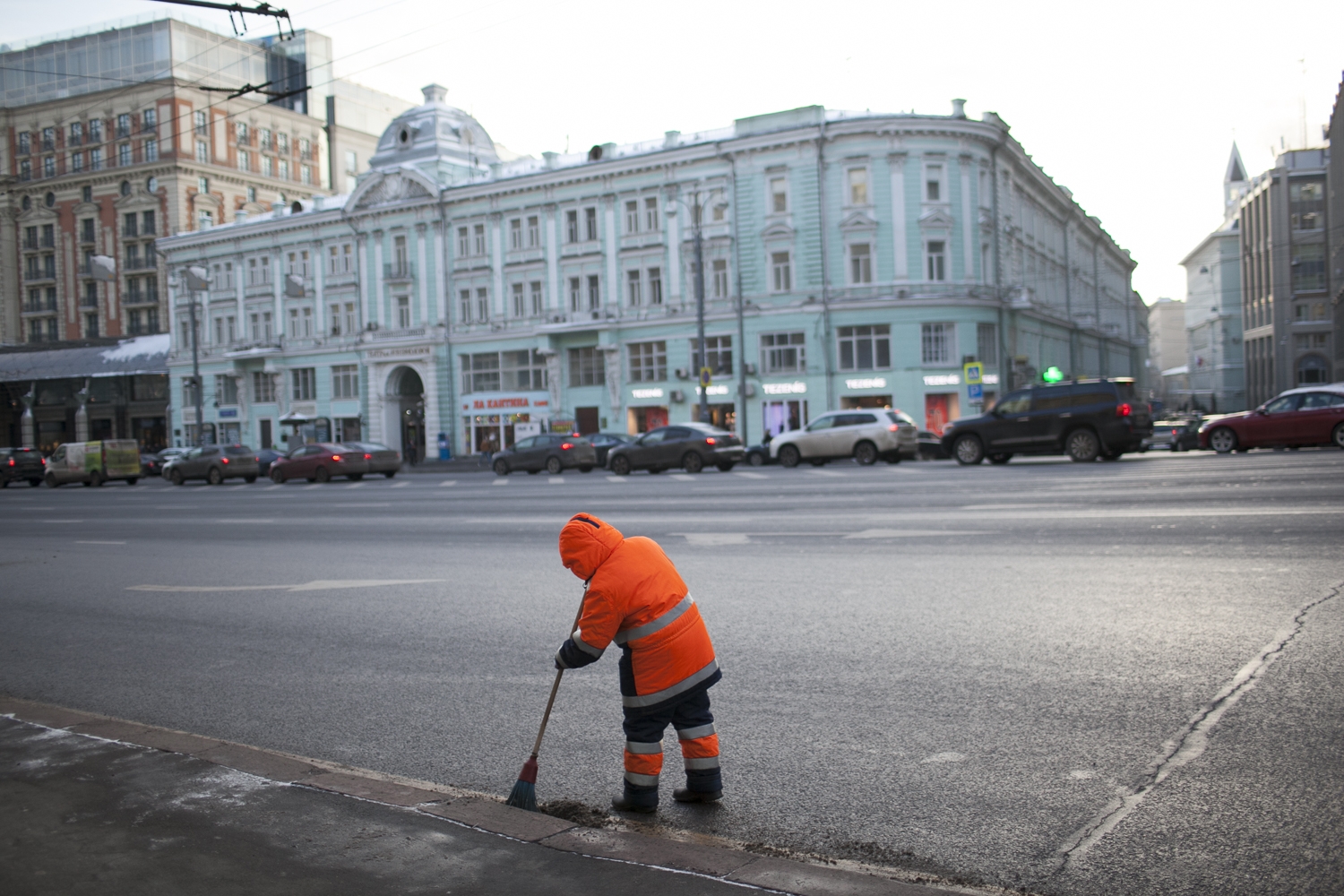 Anybody trying to understand the apparent inconsistencies of Russia’s migration landscape needed to look no further than preparations for the recent World Cup finals.

In the months before the competition began, migrants were encouraged to stay out of sight and warned of increased document checks as authorities sought to present a sanitized image for visitors. Foreigners were required to register within 24 hours of arrival until just before World Cup fans began arriving, when that strict time limit was extended to three days by presidential decree.

A processing center in a major destination for foreign laborers from across the former Soviet Union reported lower numbers of arrivals this year. But then there was a rush by people seeking to file paperwork for registration and work patents before the start of the soccer competition.

While in Moscow recently, I heard eyewitness accounts of a police raid on a bazaar in the outskirts of town, where migrants reported being beaten and extorted. I also witnessed a visible increase in the amount of patrols by OMON riot police, National Guard servicemen and regular police forces. Yet I saw no random document checks. When I saw officials interacting with people on the streets, they were usually answering questions and giving directions to tourists.

Elsewhere, the typical image of vulnerable and downtrodden migrants victimized by police ran up against sights some may have found surprising. Several Central Asian migrants I met were working in souvenir shops on Moscow’s touristy Arbat street and had been selected for their ability to serve the influx of World Cup spectators in English.

The convoluted nature of Russia's migration landscape is nothing new. As policy has developed over the past 15 years, it has developed many contradictory aspects.

The argument I have made in my recent book is that these contradictions are no accident but part of a deliberate strategy to strike a balance between divergent demands advanced by political, economic and social actors. The result is flip-flopping policies undergirded by starkly different logics and increasingly strict rules that are either not enforced in practice or are only applied in a token manner.

One draft bill proposed by the Labor Ministry reflects the struggle between the opposing imperatives of market forces and planning. Not by chance, this piece of legislation, which has yet to be discussed in the State Duma, can be seen as part of a larger turf war between the Labor Ministry and the migration services.

Up until 2015, citizens of the Commonwealth of Independent States, a loose post-Soviet bloc of nations, were eligible to obtain work permits under a quota system. That arrangement was then scrapped in favor of a system of pay-as-you-go labor patents – a process now handled by the Interior Ministry since it absorbed the migration services in 2016. Under the old regime, the Labor Ministry had been instrumental in assessing the market and assigning each region in Russia an allotment of labor migrants. The draft, which envisions limits on the number of patents that can be issued for certain professions, would rely on an analysis of the work market formulated by the Labor Ministry. Accordingly, this will restore the Labor Ministry’s pivotal role in regulating migration.

The rules would conflict with recent policy enacted by governors of several regions to limit the issue of patents through executive levers of control. These sorts of limits often appeal to public anxieties about employment and the need to keep Russian jobs for Russian people. At their heart, these efforts reflect the conviction that the labor market can and should be either planned or controlled by government actors.

Another amendment recently signed into law by President Vladimir Putin aligns with previous efforts to crack down on migrants being registered in places where they do not physically live, which has been a criminal offense since 2013. The law works by more specifically defining where a migrant can be registered. It used to be the case that employers could register migrants at a business address, but this will no longer be possible unless the person physically resides at that location.

Registration has long operated through informal mechanisms that are more or less accepted by state and private actors alike. Informal practices, such as registering at a friend’s apartment or paying for registration when a landlord will not register a migrant where they are living, are resilient despite legal changes.

These common work-arounds reflect the fact that despite numerous reforms, registration procedures remain the single biggest headache for people trying to comply with the letter of the law.

It remains unclear how the new registration policies, which came into force on July 8, are going to be enforced in practice. Experience shows that as enforcement mechanisms change, informal practices adapt.

What can be expected is that the new law will give rise to high-profile raids intended as box-checking exercises. What will likely not be given so much prominence in state media is how unscrupulous actors exploit these news rules to extort payments from migrants fearing deportation.

Migration is also likely to become an object of imminent politicking.

The phenomenon of fictitious registration is often elided in people’s minds with “rubber apartments,” forms of accommodation for implausibly large numbers of low-earning foreign laborers.

These topics tend to resonate with the public and are highlighted during election campaigns. With Moscow’s mayoral elections coming up in September, the new registration legislation will doubtless play into populist appeals by incumbent Sergei Sobyanin and other candidates. Following Putin’s April directions for Sobyanin to take the migration situation in hand, the closure of registration loopholes will provide ample incentives for visible raids and other symbolic activities, such as the publication of statistics on violations of the new laws.

These new measures do little to resolve contradictions that are part and parcel of Russia’s migration management. What they do, however, is demonstrate how migration is an increasingly political tool in the struggle for power between different branches of government and the ways in which officials strive to demonstrate their effectiveness to the public and their superiors.

Caress Schenk is an associate professor at Nazarbayev University in Astana, Kazakhstan. Her 2018 book “Why Control Immigration?: Strategic Uses of Migration Management in Russia” was published by the University of Toronto Press in March.