Recurring import bans by the Russian agricultural watchdog attest to a problem with Moscow’s idea of free trade. 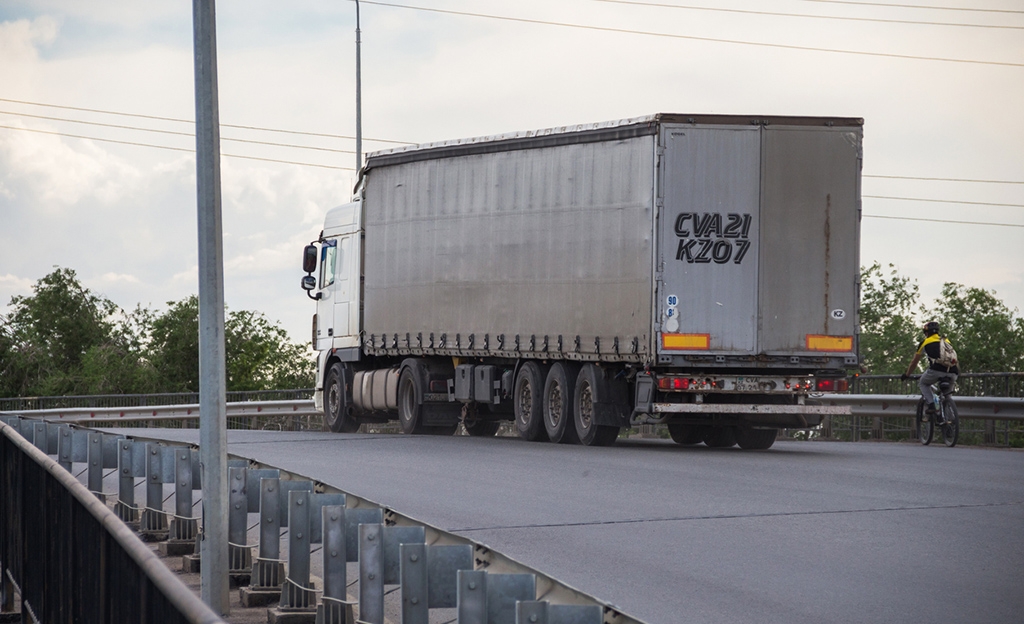 Russian words and actions are diverging on Eurasian integration. President Vladimir Putin recently outlined a grand integrationist vision for the region, but on a basic level, Russia is hindering regional cooperation with the selective and rigid application of trade regulations.

Russia’s treatment of food imports in recent weeks from Central Asian states, especially Kazakhstan and Kyrgyzstan, highlight the dichotomy between Moscow’s expressed desire for closer economic ties and how it hampers commerce. All three states are members of the Eurasian Economic Union (EAEU), a Russian-dominated regional organization established in 2015 ostensibly to facilitate regional trade.

During the first two weeks of September, 475 tons of agricultural products destined for Russia’s Orenburg Region – including dried fruits, beans, vegetables, nuts, and rice – were rejected by customs officials and returned to Kazakhstan and Kyrgyzstan. Citing improper labeling and invalid phytosanitary certificates, among other things, Rosselkhoznadzor, the Russian agricultural regulatory agency, deemed the imports to be in violation of EAEU standards. A few days later, the agency barred the import of 65 tons of “high-risk” Kazakhstani and Kyrgyz agricultural products headed for the Altai Region, again citing invalid certification. These decisions followed the rejection of 72 tons of Kazakhstani plant-based products bound for Astrakhan due to “improper labeling.”

Exporters are responsible for complying with EAEU export-import regulations. At the same time, the frequency with which the Russian food regulator blocks products from EAEU neighbors makes it clear the system isn’t working efficiently. The unanswered question is why? Some experts wonder if Russian regulators are making things more difficult than necessary.

Russia’s strict regulatory stance within the EAEU seems to work at cross-purposes with Putin’s views voiced during a September 17 meeting of the Shanghai Cooperation Organization (SCO). The Russian leader called for a “Greater Eurasian Partnership,” involving the closer cooperation of EAEU and SCO members, as well as other nations in East and South Asia.

“The convergence of various integration processes in Eurasia and establishing a common space of open, equal and mutually beneficial cooperation meets the interests of all our countries," Putin said.

The EAEU’s regulatory obstacle course has hampered trade from the start. In May, a top Eurasian Economic Commission official proudly claimed that the union had eliminated 81 percent of trade restrictions between 2016 and 2020. Yet, the reality on the ground is less impressive. As old barriers are lowered, new hurdles appear. Almost half of the 58 obstacles to free trade recorded in this year’s registry have resulted from complaints about sanitary and phytosanitary measures, technical regulations, and other forms of non-tariff barriers (NTBs).

Writing for Kapital.kz in August, Yevgeniy Vinokurov, chief economist at the Eurasian Development Bank, argued that NTBs pose a greater hinderance to EAEU trade than moderate custom tariffs. Yuri Kofner of the Institute for Market Integration and Economic Policy in Munich estimated that NTBs increase the cost of trade by 32 percent. At the same time, Kofner told Izvestia that the number of non-tariff barriers has fallen from 71 to 59 since 2019.

The founding EAEU treaty allows members to enforce sanitary and phytosanitary measures, provided the rules are applied evenly. However, member states have occasionally reverted to manipulating stringent and divergent standards, using them as cover for protectionist motives. In particular, Rosselkhoznadzor has a record of weaponizing such regulations to limit foreign competition and shield local producers.

For instance, in 2018, the Russian agency played a leading role in the “dairy wars” between Russia and Belarus. The temporary ban for dairy imports from Belarus was announced almost immediately after then-prime minister Dmitry Medvedev visited Tatarstan and emphasized the need to support a local producer. Eventually, the EAEU Commission concluded that the Russian agency improperly applied union regulations.

While Russia’s EAEU actions can rankle its neighbors, Central Asian officials remain committed to the regional trade organization. In March, Kazakh Trade Minister Bakhyt Sultanov acknowledged various problems within the EAEU but concluded that the “benefits, both economic and non-economic, outweigh” the EAEU’s present disadvantages.

Russia’s commitment to promoting free trade within the EAEU remains open to debate. The Kremlin projects a preference for integration, but Rosselkhoznadzor’s repeated import blocks, the persistence of non-tariff restrictions and the sluggish pace of harmonization attest to the contrary.

Aruzhan Meirkhanova is a master’s student at Harvard University’s Davis Center for Russian and Eurasian Studies.