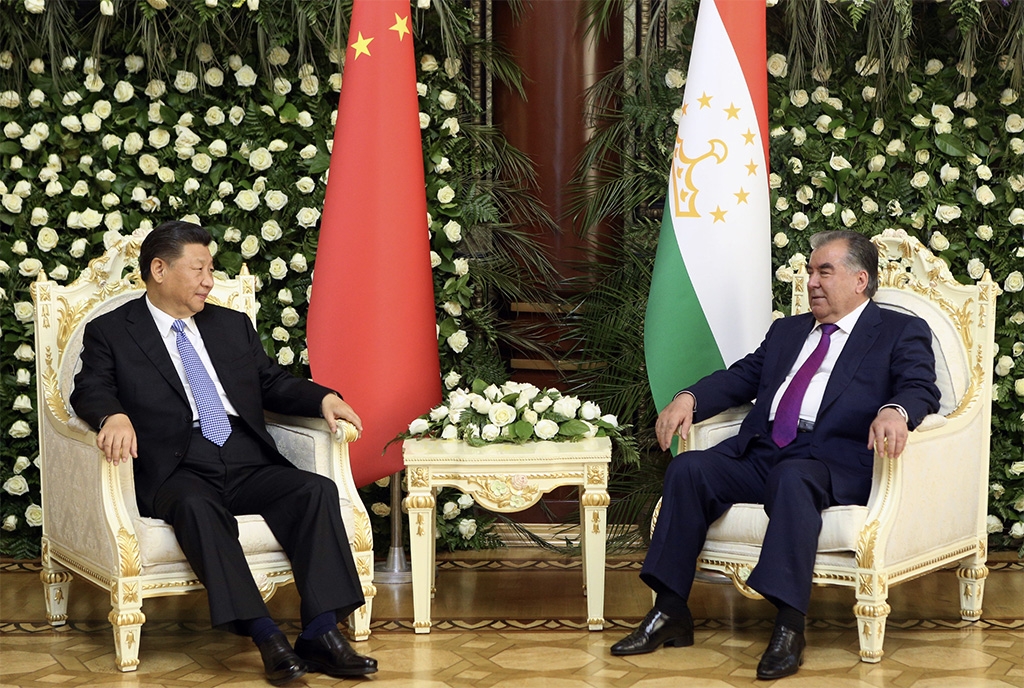 At a military parade in Dushanbe last month, among the ubiquitous Russian and Soviet-made hardware, Tajikistan showed off its new Chinese-made weapons.

Beijing owns most of Tajikistan’s debt. Its soldiers are camped out in Tajikistan’s mountains. And the president seems too interested in enriching his family to notice that Beijing’s advice is undermining security in his small, corrupt and dysfunctional country.

Dushanbe had already given tax breaks and mining concessions to TBEA, the Chinese company that built the capital’s new heating plant. In October, it gave Kashgar Xinyu Dadi Mining Investment Company the concession to develop the remote Yakjilva silver deposit.

At least 350 Chinese companies are registered in the country, Rahmon has said, compared to about 310 operating with Russian capital. Beijing holds more than half of Tajikistan’s $2.8 billion external debt, which is equal to 35.9 percent of gross domestic product. In the past, Tajikistan has paid off debts to China by ceding mining rights, and even 0.7 percent of its land. Since joining the Belt and Road Initiative in 2017, Tajikistan has seen its trade imbalance with China grow from 12 percent of GDP in 2016 to 22 percent in 2018.

But armed with Chinese cash, technology and rhetorical support in the fight against “extremism,” an emboldened Tajikistan has embarked on a risky crackdown.

In January, more than 100 Tajiks were charged with membership in the banned Muslim Brotherhood, with thousands more questioned by Tajik security services. The dragnet included professors, imams and Arabic-language instructors. In recent years, thousands of mosques have been closed, bearded men have been harassed by police, and the opposition has been violently suppressed in the name of countering extremism.

Tajikistan’s anti-Islam campaign is beginning to echo Beijing’s approach in neighboring Xinjiang, where Muslims are being repressed on an unprecedented scale, with some 1 million held in reeducation camps.

There are many parallels. Chinese companies sanctioned by the U.S. government for their role in the Xinjiang repression have a stake in Tajikistan’s security crackdown. Dahua, one of the 28 blacklisted companies, installed cameras in a Dushanbe park in December 2018.

Meanwhile, Tajikistan’s 1,344-kilometer border with Afghanistan saw violent incidents double between 2010 and 2017. In 2015, the country’s American-trained Special Forces chief Gulmurod Khalimov defected to join Islamic State, saying he was motivated by his country’s harsh treatment of Muslims. A shootout last November left 17 dead. But, as usual, the government’s story quickly fell apart. Same with prison riots in November 2018 and June 2019 that killed at least 57.

These developments have alarmed Beijing, which is pursuing an unusually interventionist course in its little neighbor. China is now patrolling in Tajikistan’s Pamir Mountains and even built a small base in the region, the first of its kind in the former Soviet Union. Documents leaked to the New York Times last year show Chinese President Xi Jinping expressing concern that Uyghur fighters returning from Syria could use Tajik territory to get home. China’s ambassador to Tajikistan Yue Bin identified the country in a 2018 interview as an “important barrier to withstand the spillover effects of the situation in Afghanistan and to prevent terrorists and extremist forces heading north into Central Asia.”

Beijing has used its leverage to make Dushanbe acquiesce to its Xinjiang policies. In 2019, after Turkey deported Uyghurs to Tajikistan, Dushanbe immediately repatriated them to China, where the adults were detained on arrival. Tajikistan is also one of two Central Asian states (the other is Turkmenistan) to sign a letter to the UN defending Beijing.

In cash-strapped Tajikistan, with its cowed population, China is not seeing the same pushback as it is in neighbors like Kyrgyzstan and Kazakhstan, where protests at Chinese policies and projects are increasingly common. But Tajikistan’s leaders should study regional history.

In the 18th century, a power struggle emerged within the leadership of the Dzungar Khanate, a vast empire in the heart of Eurasia. To oust his rival, one aspiring khan kowtowed to Beijing in exchange for military support. Beijing’s armies eagerly marched west and the Dzungar soon vanished from the historical record; their lands were aptly renamed Xinjiang – “New Territory.”

Bradley Jardine is a Global Fellow at the Wilson Center's Kissinger Institute on China and the United States.