Afghanistan will test China’s vision for itself. 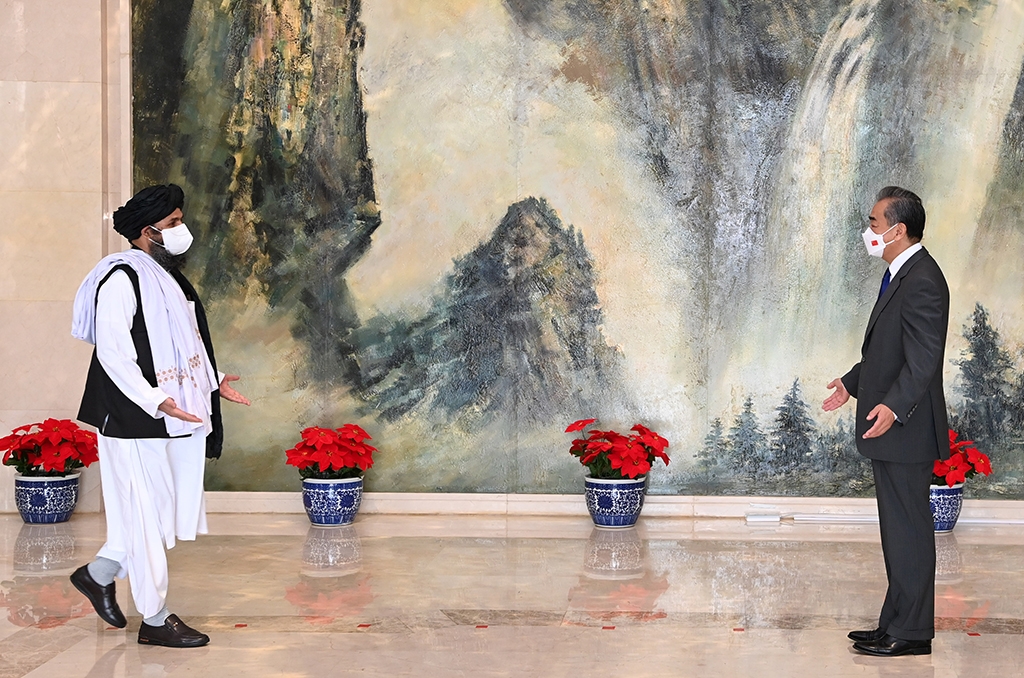 The great powers’ shifting interests in Afghanistan can be dizzying to behold. Washington says its retreat will allow it to counter an assertive China in Asia. Beijing, for its part, is using the chaotic withdrawal to poke holes in America’s promises to its Asian allies as it seeks regional supremacy.

If China has learned anything from its recent experiences in Pakistan, it will proceed cautiously with a small footprint in Afghanistan.

Until recently, Beijing had been ambivalent toward the American presence in Afghanistan. China benefited from NATO counterterrorism efforts. As recently as 2018 U.S. forces destroyed a militant training camp in Badakhshan, a mountainous province that borders Tajikistan, Pakistan and China. The camp was allegedly used by the East Turkestan Islamic Movement, a Muslim separatist group fighting for independence in Xinjiang.

Yet Beijing also perceived the presence of U.S. forces as part of a broader strategy to contain China. Chinese strategists have since 2010 referred to a “C-shaped encirclement ring” that stretches from Japan to Afghanistan and “squeezes China’s strategic space.”

With the Americans out of the way, China will now try to integrate Afghanistan into its own regional order.

Rush Doshi, President Biden’s newly appointed director for China on the National Security Council, argues in a recent book that Beijing is pursuing “blunting and building,” followed by a global plan for expansion – all of which “seek to restore China to its due place and roll back the historical aberration of the West’s overwhelming global influence.”

For China to become a new regional hegemon, Beijing needs to establish a form of control in each country. To that end, Doshi explains, its repertoire includes coercion, incentives, and legitimacy.

Beijing is unlikely to step in militarily; it considers Afghanistan a strategic trap. Instead, China’s weapon of choice for gaining leverage, which it has honed with the multi-continent Belt and Road Initiative, is to become an indispensable economic partner.

The end goal of China’s Eurasia strategy, reasons Nadège Rolland, a senior fellow at the National Bureau of Asian Research, is a situation “where the multiplication of dependencies to China have created enough positive incentives and coercive leverage to ultimately compel regional countries to defer to Beijing’s wishes, and constrict their ability and willingness to defy and resist against China’s power.”

The fact that most, if not all regional stakeholders – Russia, Iran, and the Central Asian states – share China’s core interest in seeing a stable Afghanistan works to Beijing’s advantage. Further, China enjoys robust political and economic relations with all of Afghanistan’s neighbors.

Beijing has already started paving the way for recognition of the new Taliban government.

A few weeks before the Taliban entered Kabul on August 15, China’s Foreign Minister Wang Yi hosted Taliban co-founder Mullah Abdul Ghani Baradar in Tianjin. He called the group “an important military and political force in Afghanistan […] expected to play an important role in the country's peace, reconciliation and reconstruction process.”

China’s state-controlled media have signaled the kind of deal Beijing hopes to strike: Economic investments for assurances that the Taliban will not harbor transnational terrorist groups that threaten China’s interests.

Though the Taliban’s political leaders have assured Beijing it has nothing to fear, there are no guarantees they can control all the factions that have been fighting under the Taliban banner for the past two decades. Today’s Taliban is comprised of different groups, some of which are powerful and semi-autonomous. This raises the question of capability; even if one group is pragmatic and willing to cooperate with China, it might not be able to force others to do the same.

The Haqqani Network is a good example of the challenge facing China.

Arguably the strongest force within the larger Taliban, this faction of hardliners is allied to the Pakistani Taliban or TTP, which is believed to have been involved in a July 14 bomb attack in Pakistan that killed nine Chinese workers. Then on August 20, a suicide bomber targeted a Chinese convoy in Gwadar, killing two local children. The Chinese embassy in Islamabad released an unusually strong statement, calling on Pakistan to improve security.

These are ominous signs for China’s flagship Belt and Road project – the China-Pakistan Economic Corridor (CPEC) – and a specter of the sorts of trouble China could face were it to increase its investments in Afghanistan.

Under President Xi Jinping, China is challenging American power regionally and globally. In Eurasia, its emerging order depends on strong economic linkages like the CPEC. If this vision is to succeed, Afghanistan cannot be isolated and allowed to fester.

So Afghanistan will test China’s ability to become the hegemon it wants to be.