Perspectives | The BRI is not at the end of the road

Don’t judge the Belt and Road Initiative by its bottom line. Beijing wants to make the rules. 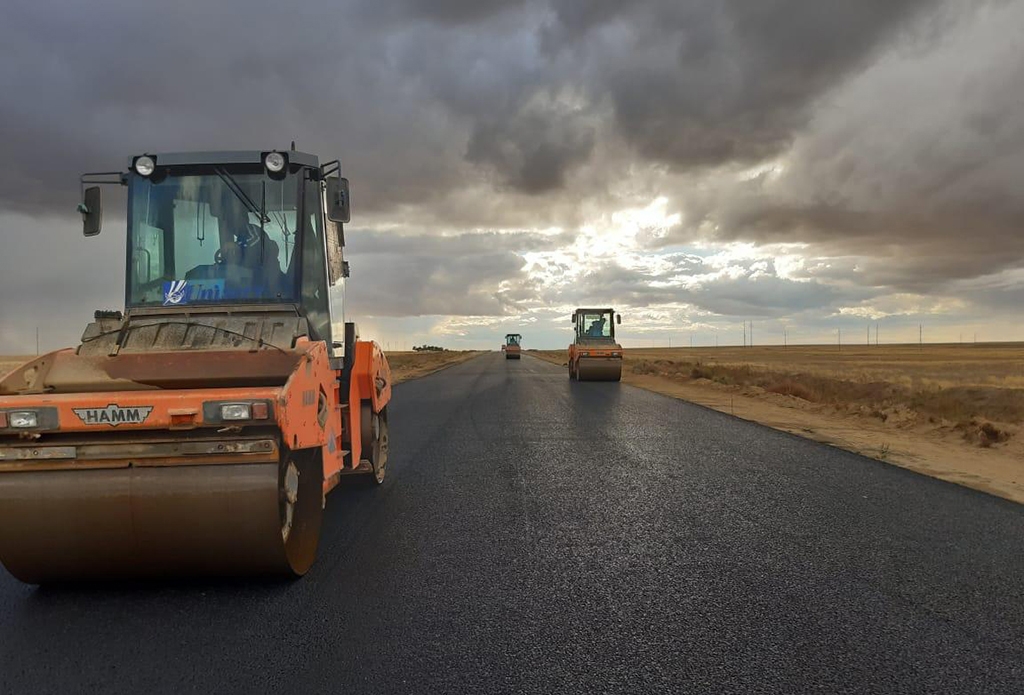 If you build it, they will come. (Kazakh Industry Ministry)

It is not unusual to read interpretations of China’s Belt and Road Initiative that measure its success in cash flow.

Last week the Financial Times published such a take, raising a furor of comments and sub-controversies about data showing a massive fall in lending from the two major Chinese policy banks. The authors claimed that China was “pull[ing] back from the world.”

Lost in the uproar, however, was a lesson for Central Asia: Even if Beijing reduces its lending – a big if – that does not signal retreat.

The FT’s argument harks back to the early 2000s when western perceptions of China as a benign rising economic superpower, devoid of any real ideology or threatening strategy, were cemented. When it entered the World Trade Organization in 2001, China was seen as an engine of global economic growth that would, like a tide, lift all boats. This belief was especially strong among Europeans who only last year came to terms with what China has been for years: “a systemic rival promoting alternative models of governance,” in the words of the European Commission.

By concentrating on finance alone, the FT missed other key elements that make the Belt and Road so important to Beijing.

Start with President Xi Jinping. The BRI is his signature foreign policy project. As the most powerful Chinese leader since Mao, with no term limits and no known opponents, Xi has every reason to keep the BRI alive because downgrading it would negatively reflect upon him and his leadership. He even had it written into the Communist Party’s constitution.

It is also the centerpiece of a new Sino-centric regional order. Similar to how Washington built financial institutions like the World Bank and International Monetary Fund to define the post-War world, the Asian Infrastructure Investment Bank and the New Development Bank, which underwrite much of the BRI, are helping China redefine international relations in its own interests.

As Li Xing, a scholar of international political economy at Aalborg University in Denmark, argues, the BRI’s “utmost objective is no doubt to reposition the global economy, with China as one of the dominant players in the coming new world order.”

True, as countries become economically dependent on China, their strategic calculus will be tested. In what may be described as a new tributary system, Beijing is demanding political loyalty for economic security. Australia is today arguably the best example of a country faced with a choice between prosperity and political autonomy: 39 percent of Australia’s exports in fiscal year 2019-2020 were shipped to China, three times more than Australia’s next top export destination, Japan. But after calling for an investigation into China’s handling of COVID-19 earlier this year, Canberra found itself slapped with a host of import restrictions.

Beijing wants to make the rules.

Wang Yiwei of Renmin University of China often makes the point that the BRI has transformed Beijing from a rule follower into a rule setter. In other words, with the BRI, China has become a normative power – a term that until recently was associated exclusively with western powers. In this new capacity, according to Li Xing, Beijing is able to “influence the policy behavior and attitudes of other states regarding trade, investment, commodity pricing, tourist markets, etc.”

Nor should the BRI be separated from China’s grand strategy, a decades-long goal intended to restore China to its historical position as Asia’s only political, economic and military superpower.

As its lending patterns change, we should expect Beijing to exert even more influence on Chinese companies participating in BRI projects – both state-owned and private. More of Beijing’s lending is happening outside government-to-government contracts. Even private companies are now expected to serve state interests. To that end, Xi instructed officials in September, “Unify members of the private sector around the party, and do better in promoting the healthy development of the private economy.”

China’s prominent economic position in Central Asia deserves scrutiny. But Beijing’s clout cannot be measured wholly in its bottom line. To understand where they fit in China’s ambitious global strategy, Central Asians and all borrowers must study China’s interests, not its checkbook.