Realignment would put the EU on sounder economic footing, and reduce the possibility of Chinese economic bullying down the road. 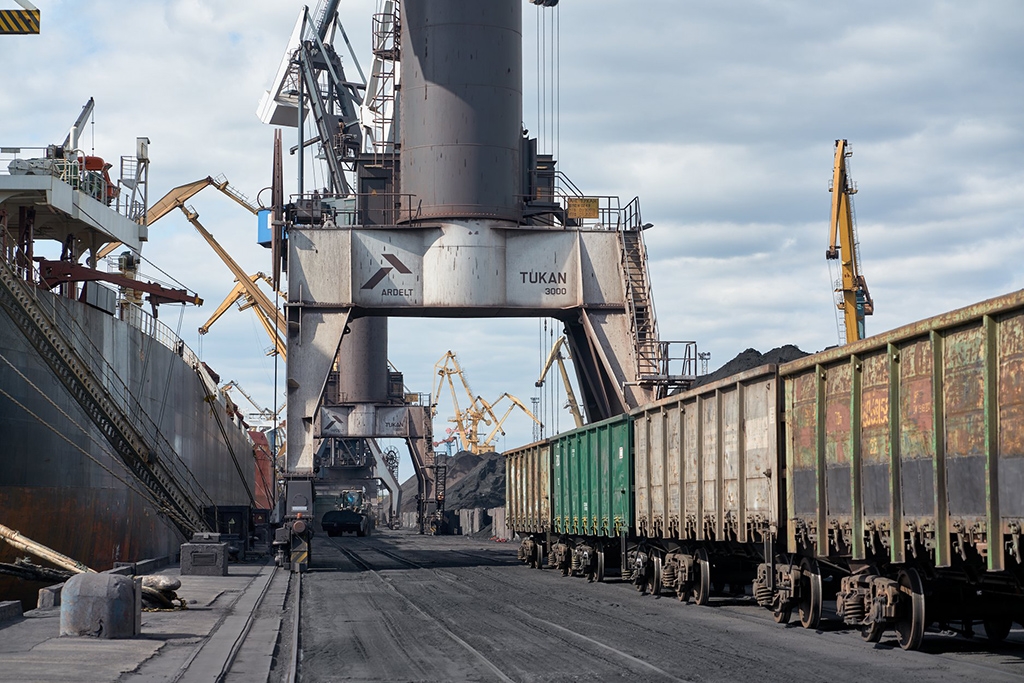 The unprecedented economic and social disruption of the COVID-19 pandemic is an opportunity for the United States and European Union to rethink supply chains in ways that strengthen their economic security while advancing democratic values.

For decades, due to comparatively cheap labor and production costs, China has been the main cog in the international supply chain, producing everything from pills to pipelines. Global corporations, of course, profited. But Western dependence on Chinese exports has two disadvantages: It enables the growth and expansion of the Chinese surveillance state model; and it erodes the West’s own manufacturing capacity.

The pandemic has fully exposed the liabilities of the existing system. It has opened eyes in the West to the dangers of overreliance on a single-source supply chain, especially one in which the source country maintains a political system that is increasingly incompatible with Western democratic values.

For myriad reasons, the move of the West’s industrial and export base to China made sense 25 years ago. But China has developed into an exporter that is not afraid to use its economic leverage to promote an illiberal agenda, exemplified by Beijing’s 2019 spat with the National Basketball Association. Ultimately, this poses a threat to the fundamental tenets underlying free-market activity, and it makes those experts who warned about the risks associated with a massive shift in manufacturing capacity to China seem prescient.

Even before COVID-19, China’s moves to stifle individual liberties in Hong Kong, along with its ruthless persecution of its Muslim minorities, were sullying the country’s image. Many foreign businesses were already reevaluating their dependence on China, in part due to U.S. tariffs and external pressure. Pandemic-related trade disruptions, combined with China’s lack of transparency about the origins of the novel coronavirus, have accelerated the search for supply-chain alternatives.

The initial impulse of many Western companies has been to look to Southeast Asia or India. In doing so, they could miss a more practical solution, one that could not only significantly shorten supply chains, but strengthen rules-based economic and political systems in the EU’s backyard.

In contemplating ways to reduce the risks of economic overdependence on China, Western businesses should look to the EU’s Eastern Partnership states – Armenia, Azerbaijan, Belarus, Georgia, Moldova and Ukraine. Combined, the six formerly Soviet republics have a population exceeding 70 million. They also possess a skilled and relatively inexpensive workforce that has the potential to produce goods meeting the highest Western quality standards. Their collective proximity to the EU could significantly reduce the transport costs. Visa-free regimes for Western visitors in most of these countries (with the exception of Azerbaijan) simplify doing business.

A lot of the groundwork has already been established. Armenia, Belarus and Ukraine all have fledgling tech sectors, and Georgia has a reputation for being one of the easiest places on earth to get a business up and running. But the six also have major problems, especially endemic corruption and underdeveloped judicial systems. Azerbaijan and Belarus are run by authoritarian strongmen.

The pandemic has had a profound, negative impact on labor markets in the EU. Reorienting supply chains could help ease the pain. Lots of workers from newer EU members in Central Europe who migrated to jobs in Western Europe have been left unemployed, forcing them to return home. The same holds for citizens of Eastern Partnership countries. This trend has greatly magnified the social and economic challenges faced by EU member governments in Central Europe and beyond.

As EU governments mull ways to address the economic consequences, they seem focused on providing large-scale monetary injections to revive economic activity and minimize social dislocation. There is another strategic approach that should be part of this economic rebuild: subsidies to local producers that are ready to transfer manufacturing operations from China to the EU and Eastern Partnership countries. Doing so might entail slightly higher costs but would put the EU on sounder economic footing for the future, and greatly reduce the possibility of Chinese economic bullying down the road.

Economic trends buttress the notion. In recent years, rising wages and production costs have eroded China’s advantages as a supply-chain hub. A 2018 study by Boston Consulting Group showed Ukraine’s production costs to be on par with those of Mexico and India, and slightly lower than China’s.

The extent to which the pandemic is reshaping the global financial landscape remains difficult to gauge. But a major lesson of the crisis is already clear: Supply-chain diversification is necessary. It is unrealistic to think that the Eastern Partnership zone could completely replace China. But for the U.S. and EU, reorienting makes sense. While shifting production would require substantial investment, those outlays could be offset over time by lower production costs. Hopefully, there would also be a “values dividend” in which increased trade helps strengthen rules-based societies.

There are some lessons that the West never seems to learn no matter how many times its collective health and financial well-being suffer. Western nations have gone to great lengths to open some markets and have introduced diversity in sourcing critical resources such as energy. But there has been an enormous failure to extend that diversification to manufacturing products vital to the safety and security of these countries. With the global pandemic, and the economic damage it has caused, will this finally prove a turning point for countries that are dependent on China for way too much of everything?

Anatoly Motkin is founder and president of StrategEast, whose mission is to reinforce the rule of law and the protection of private property in post-Soviet countries.