Tales of an authentic society living at the edge of time fail to account for higher living standards in the Soviet heyday. 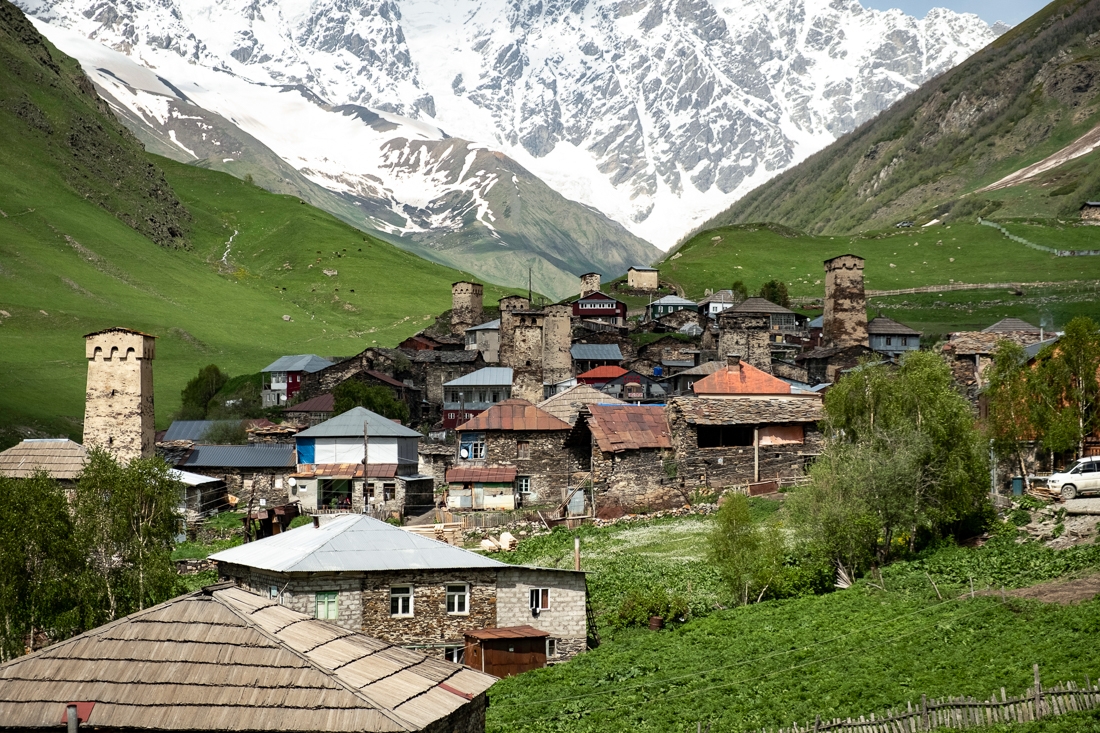 The upper part of Ushguli. (All photos by Stefan Applis) 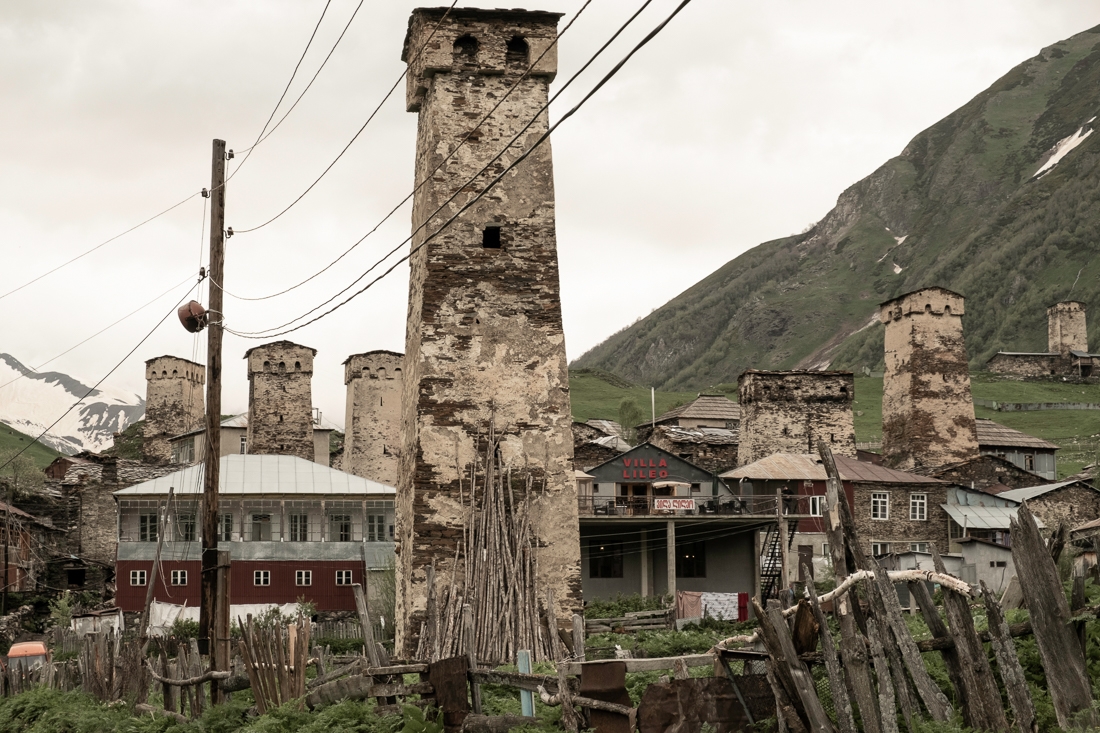 A view of upper Ushguli. Though many of the hallmark towers remain, the architecture is changing to accommodate tourists. 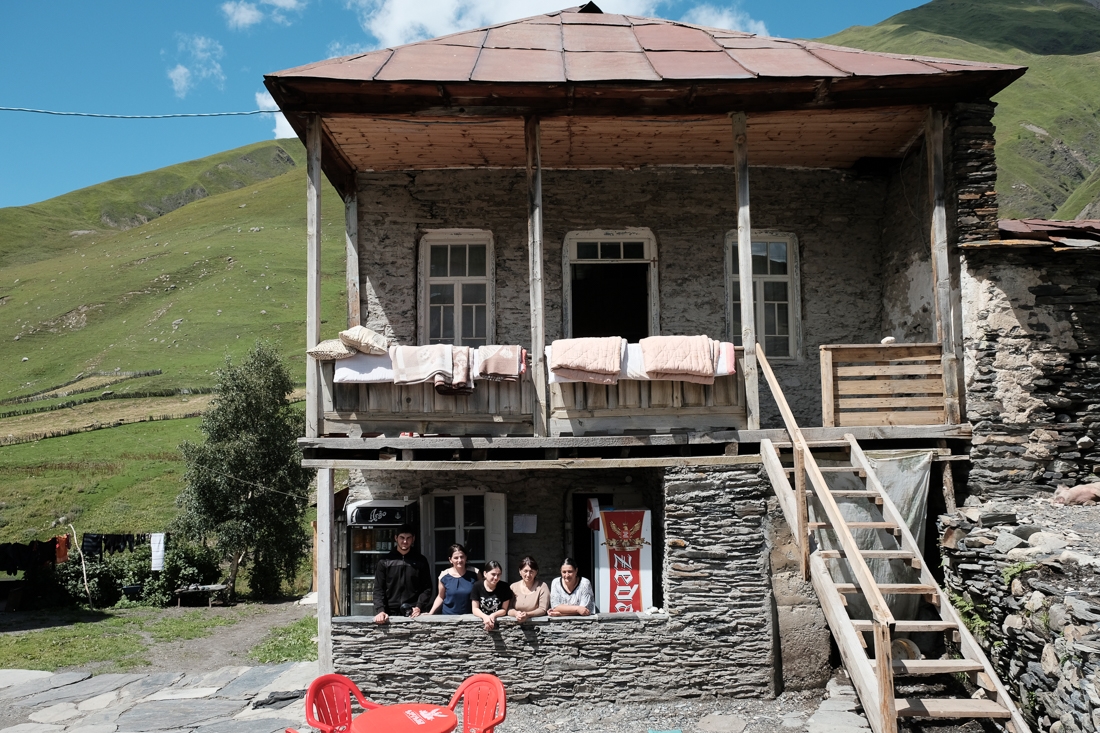 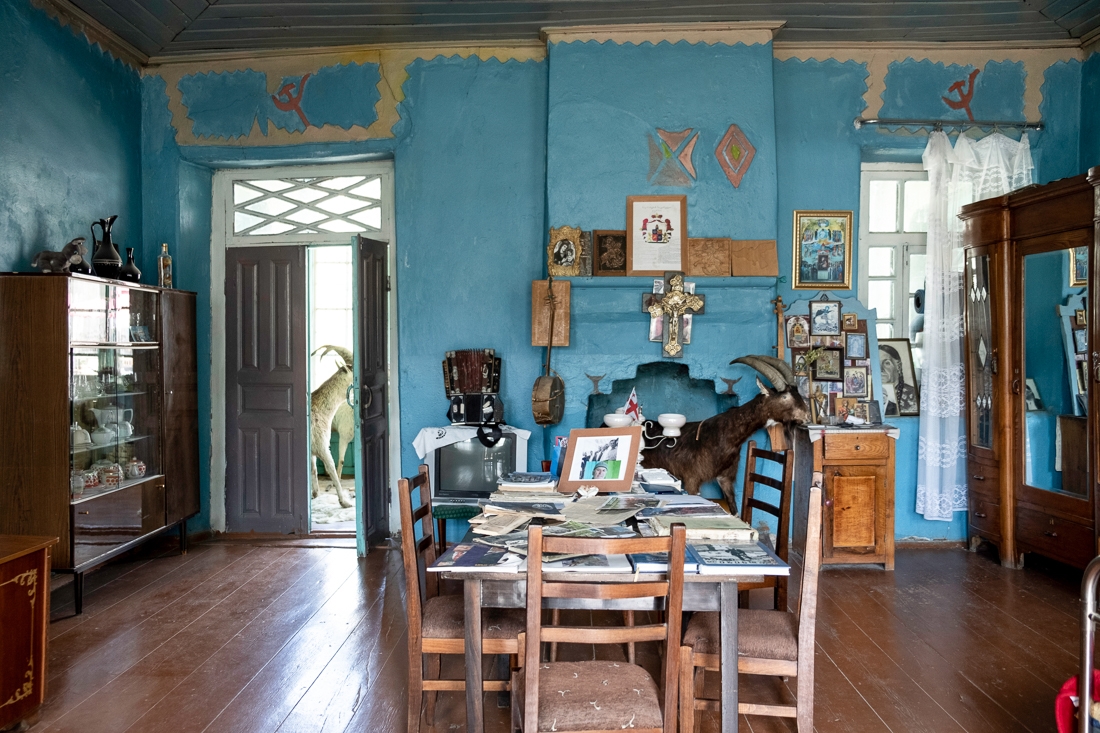 The living room in a guesthouse 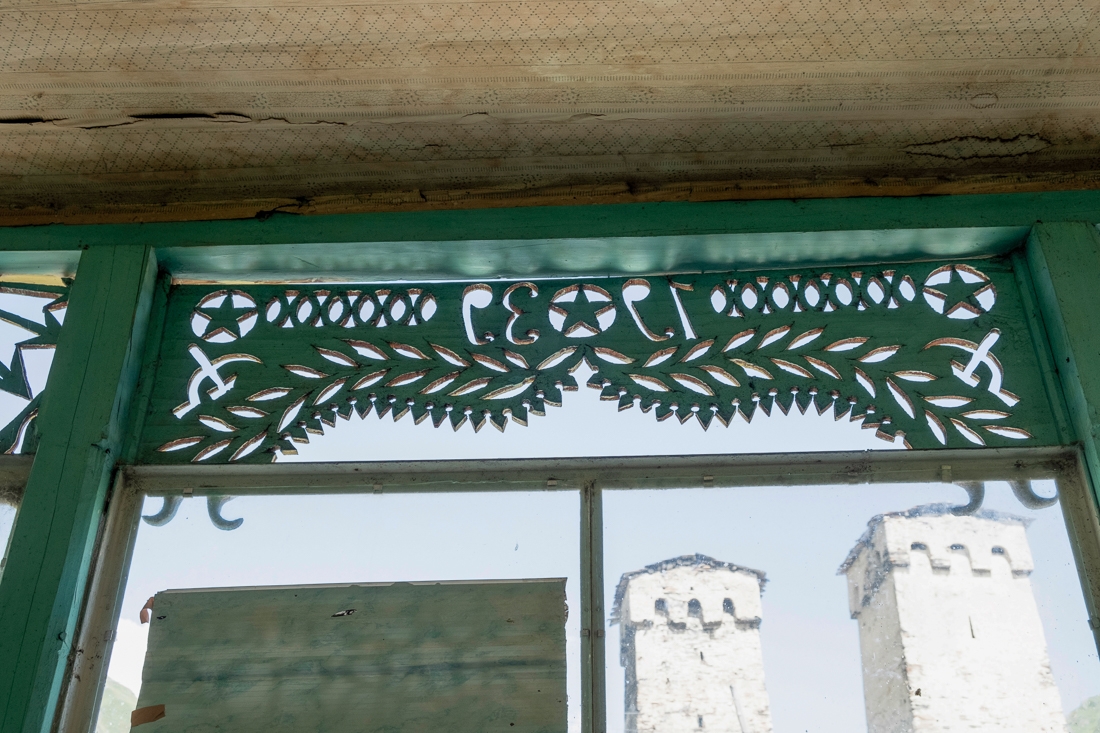 This 1939 ‘Soviet-style’ balcony adapted Georgian architectural styles to the political expectations of the day. 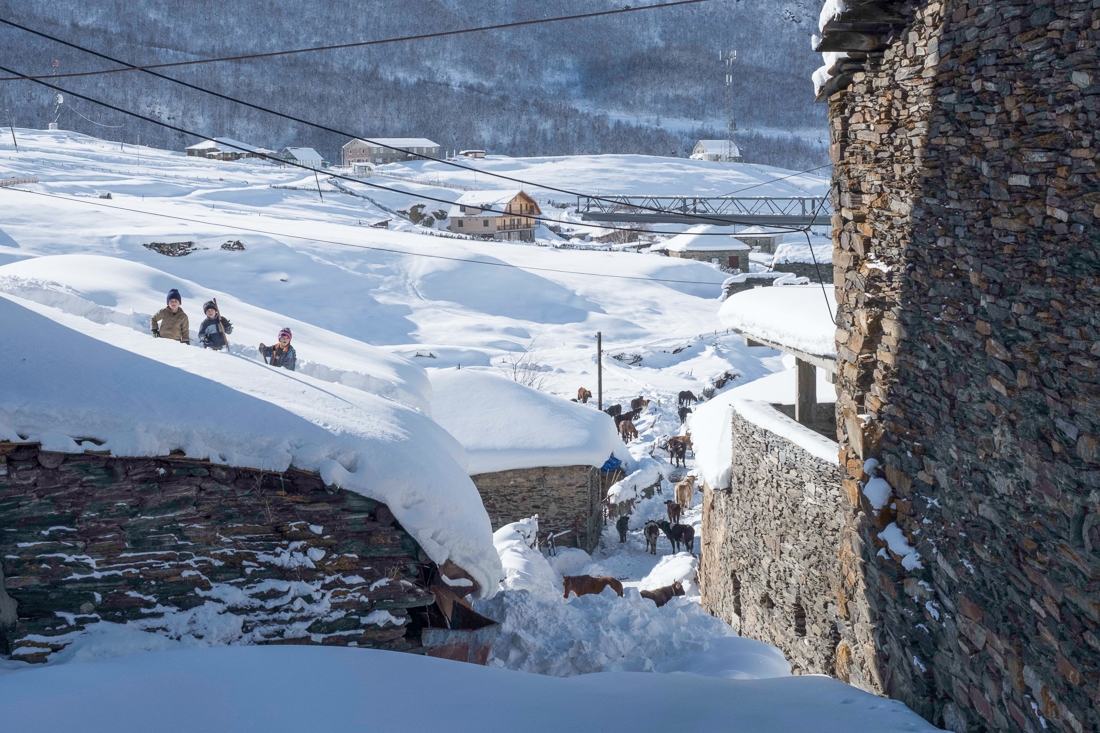 Children shovelling snow off their roofs in Ushguli 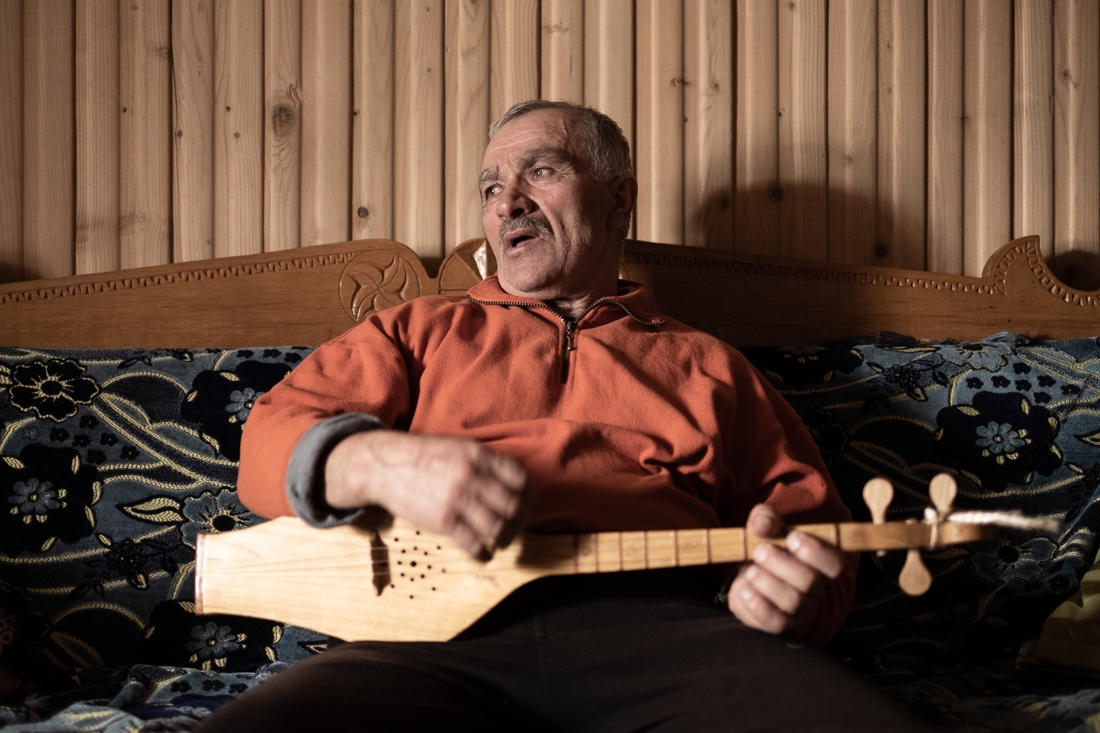 Roland Dzelidze has lived here all his life, except during his military service when he served on the Soviet-Chinese border. 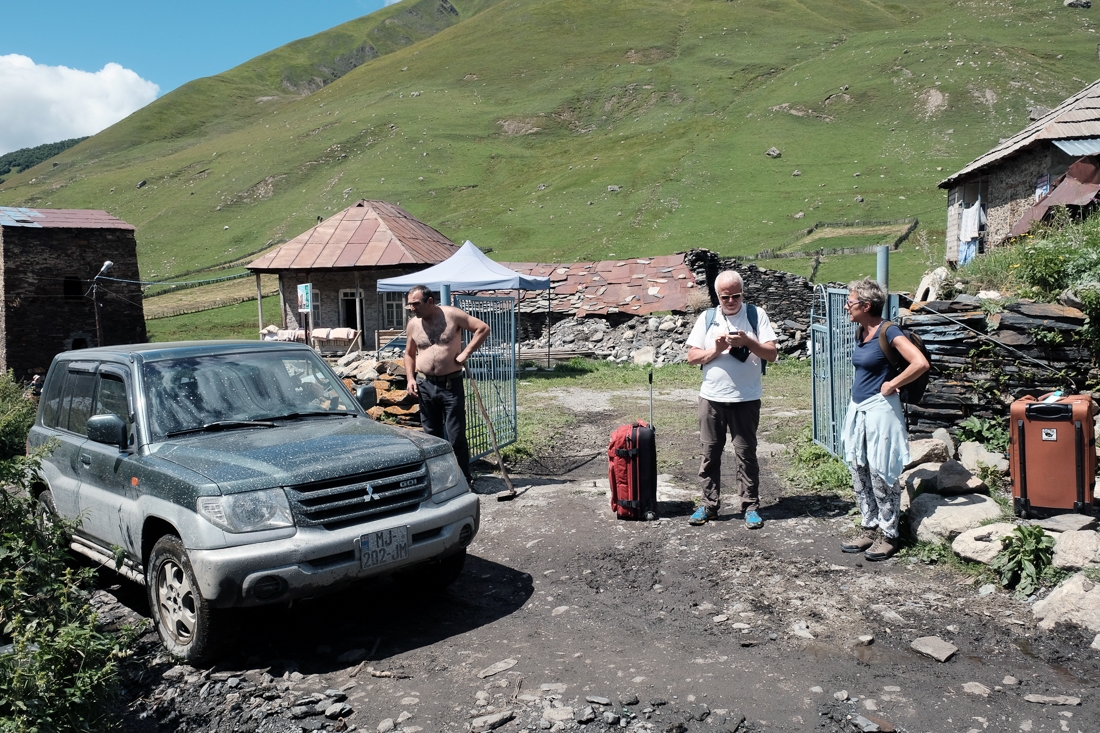 Tourists arrive in Ushguli and search for a mobile signal. 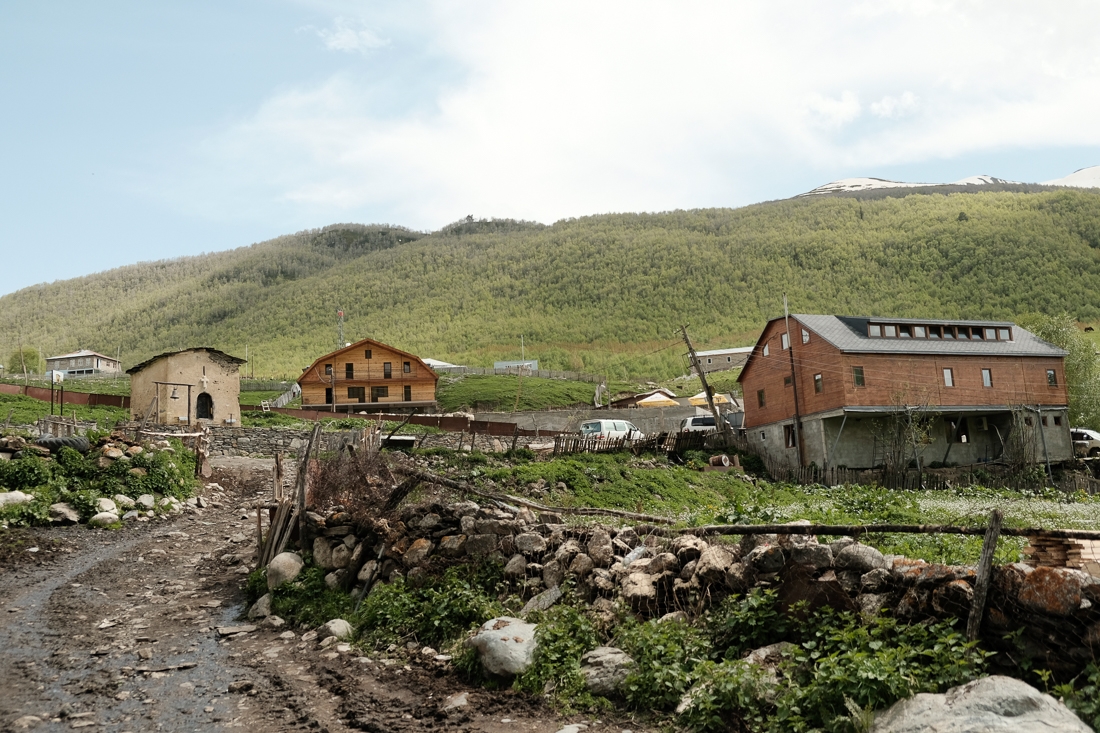 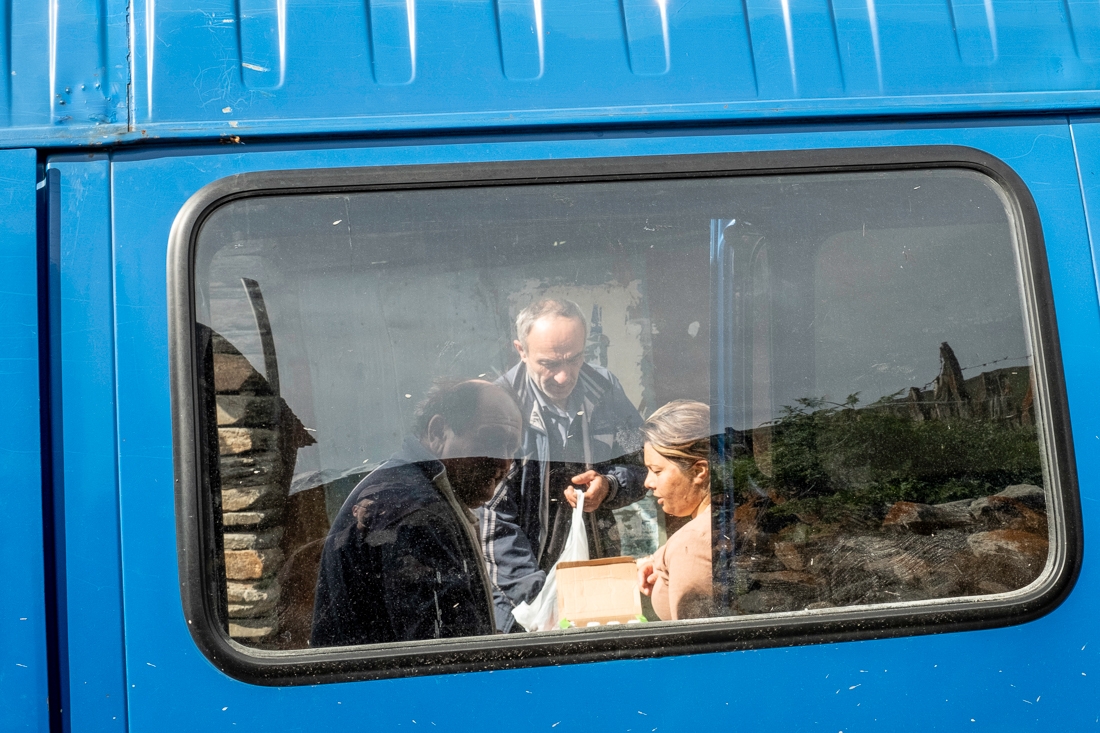 As there is no grocery store in Ushguli, the village is supplied by buses – a kind of grocery-store-on-wheels. 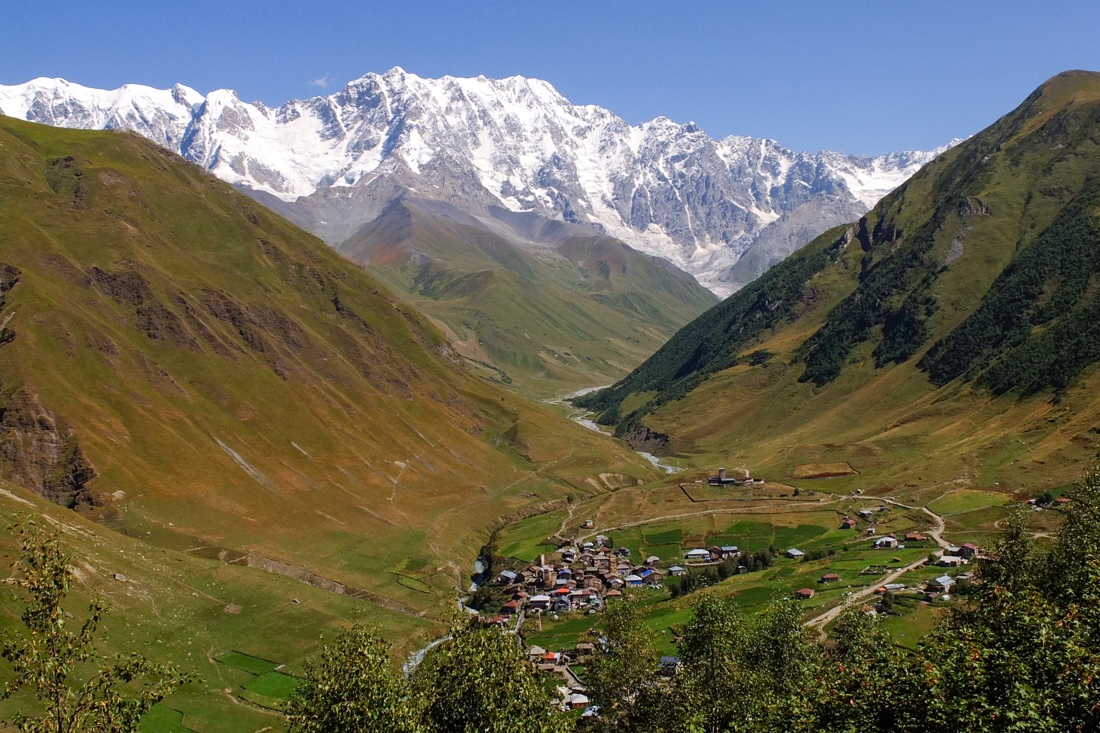 A view of Ushguli’s upper villages, toward the hamlet of Zhibiani
prev
next

Since the late 1980s, Georgia’s Svaneti region has struggled. Far from political power, the mountainous territory has a punishing climate and widespread poverty to boot. With the end of Soviet subsidies, many locals left.

But a second chance has appeared over the past decade or so in the guise of tourist dollars. And with tourism comes a set of modern challenges that will define the region’s future.

Today, tales of an authentic society living at the edge of time, where little has changed over the centuries – indeed where one can find a fairytale life in ancient stone towers – dominate sites like Wikitravel, TripAdvisor, Facebook and Booking.com. These are narratives, however, with limits, and little understanding of the reality of subsistence in villages like Ushguli, which is often cut off from the outside world and without electricity for weeks in winter.

These stories also fail to account for the higher living standards enjoyed in the Soviet heyday, when Ushguli – a cluster of four hamlets with 150 permanent residents situated at 2200 meters, in the shadow of Georgia’s highest peak – was linked to Tbilisi by daily helicopter flights, when local secondary schooling enabled a large number of children to attain university degrees.

After devastating avalanches in the winter of 1986-1987 killed dozens, Soviet authorities began resettling Ushguli residents in the lowlands.

Some returned in the 1990s, when independent Georgia was consumed by war and economic crisis. Another wave began returning, at least for part of each year, about a decade ago, as Georgia established itself on the international adventure-tourism scene. Today, adjacent to the UNESCO-recognized defensive tower houses, guesthouses abound, often competing with each other and depressing prices during the high season, from roughly July to September.

Ushgulis have experience with tourism. In the 1970s, visitors came from all over the Soviet Union to hike and climb some of the empire’s highest peaks.

Back then, “we hosted [tourists] for free because this [hospitality] is part of our culture. The valley was full of tents with mountaineers, historians, geologists, archaeologists. Today we can’t afford to do this anymore,” said local resident Aysir Nizharadze, who grows potatoes in the summer.

Today, tourism is about the only way to sustain a family, and it’s drawing Ushgulis to return, at least for part of the year. While earlier hardships helped solidify a sense of community, a shared identity and responsibility for each other, the competition today is tearing the community apart.

High rates of subsistence farming in Georgia mean that the prices fetched by meat, dairy products and produce are low. To keep a farm running in a region with such a short summer, a family needs to attract tourists as paying guests.

Even so, the desperation breeds tension. Ushguli families that used to depend on each other to make it through harsh times now compete to meet tourists’ expectations – low prices, an “authentic” atmosphere, standards of comfort and food. In this way, tourism jeopardizes established community bonds.

“Ushguli is nothing without the people of Ushguli,” said Roland Dzelidze, a resident who has spent his entire life, barring his service in the Soviet military, in Ushguli. “Only some of us are left – so there are not enough to help each other when something difficult has to be done like repairing a roof. And if you don’t help your neighbor, he won’t help you. In the end we live next door to each other like competitors.”

Stefan Applis is a professor of geography at Justus-Liebig-University Giessen in Germany.