A discernible historical pattern suggests Russians and Ukrainians differ in their attitudes toward state authority and revolutionary upheavals. 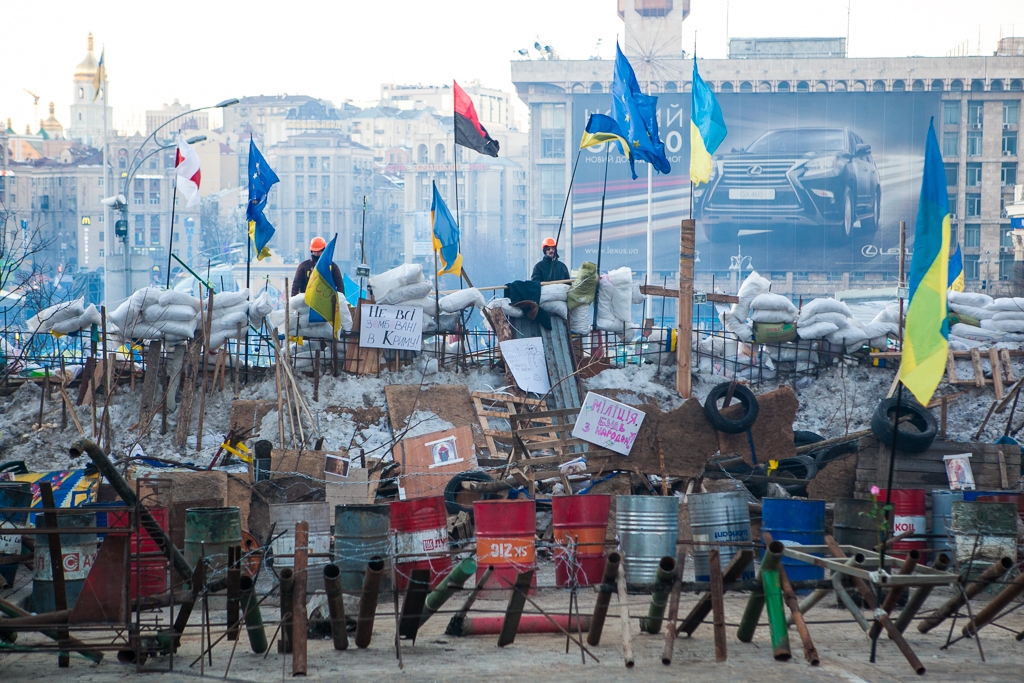 Volodymyr Zelensky’s landslide victory in Ukraine’s presidential election is yet another manifestation of the country’s famously rebellious spirit. But can Ukraine’s renegade streak can put the country on a sound social and economic foundation?

Zelensky is a popular comedian and a political novice: His election by an overwhelming majority thus represents a bold leap into the unknown. But Ukrainians’ choice isn’t irrational. It’s a reflection of the widespread disgust in Ukraine with the country’s sclerotic political system, which is characterized by widespread corruption.

In many ways the “Zelensky phenomenon” can be seen as a revolutionary development. Indeed, the leading Ukrainian sociologist Evhen Holovakha characterized the election outcome as an “electoral Maidan,” a reference to the pivotal protest movement in 2013-14 that radically altered Ukraine’s political course.

How the Zelensky presidency will actually play out is still anyone’s guess. The winner cast himself as a “Servant of the People” taking advantage of the popularity of his eponymous TV show. His political program is vague: The president-elect has simply promised to regularly consult Ukrainian people before making important decisions.

One thing is clear, though. At the moment, Zelensky may have abundant political capital, but it's not firm. Given Ukrainians’ frustration, analysts caution that Zelensky has probably no more than a year to push through meaningful reforms, otherwise his popularity will start heading south and yet another opportunity for meaningful change will be lost.

No matter how chaotic the Ukrainian version of democracy seems to be, it stands in stark contrast to Russia and what the late Harvard historian Edward Keenan famously termed the “Muscovite political folkways.” It would be too facile, of course, to argue that Russians are inherently authoritarian and Ukrainians are freedom-loving. Every national culture contains various, and oftentimes contradictory, strands.

Yet there is a discernible historical pattern that shows Russians and Ukrainians differ in their attitudes toward state authority, in their acceptance of trade-offs between unchecked power and social stability, and in their attitudes toward revolutionary upheavals. Rooted in the past experiences of both peoples, these differences have arguably become more pronounced over the nearly three decades of post-Soviet development.

For centuries, Russia has emphasized a strong, autocratic imperial state that is designed to act as a great power in the international arena. Autocratic rule was closely associated with the state’s imperial nature because no land empire, where the distinction between the “center” and the “colonial peripheries” is blurred, can embark on even the most moderate democratization in the central provinces without running a risk of destabilizing the entire imperial polity.

There were only two periods in Russia’s tsarist history when its autocratic rule collapsed: the Time of Troubles (Smuta) in the early 17th century and the 1917 Revolution followed by civil war. Both upheavals have been etched in Russians’ collective memory as chaotic periods, involving profound social dislocation and massive loss of life.

The turbulent early 1990s ushered in by the Soviet Union’s breakup were generally viewed in Russia as the advent of the third smuta: a time of lawlessness, mass poverty, and increasing secessionist movements in the outlying regions – all due to the extreme weakening of the central government. It should come as no great surprise, then, that under President Vladimir Putin, Russia’s memory politics has sought to contrast the chaos brought about by the revolutionary upheaval (be it in 1917 or in 1991) with the “order” and “stability” secured and protected by a strong and centralized state.

The situation in Ukraine seems very different. The political system and state-like entities that Ukrainians had been trying to build before their lands were absorbed into the Russian empire differed markedly from the empire’s autocratic structure and traditions.

For significant numbers of Ukrainians, the glory of the (national) state and the authoritarian system of government were not necessarily interdependent notions, as they were for many Russians. In other words, unlike Russians, Ukrainians did not develop what some political scientists call a “non-democratic hegemonic national identity.”

Importantly, the Ukrainians also have a different attitude toward revolutions. This is of course not to say that they hold dear the myth of the Bolshevik revolution any more than the Russians do. Yet the Ukrainian narrative is all about the struggle for national liberation. The heroics and romantic aura of a national revolution, driven by a historically conditioned combination of social and national factors, clearly strikes a chord with millions of Ukrainians.

It's now up to president-elect Zelensky to channel Ukrainians' revolutionary energy in a positive direction.

Some commentators have suggested that it wouldn't hurt if the Ukrainians’ rebelliousness was counterbalanced by a healthy dose of conservatism. As the prominent early-20th century Ukrainian political thinker Viacheslav Lypynsky once sadly remarked in a letter to a friend, “The trouble is not that we have revolutionaries. The trouble is that we have only revolutionaries.”