Perspectives | Turkmenistan has not banned “coronavirus”

Failure to take defensive measures against the pandemic is not the product of authoritarian caprice. Just delusion and mismanagement. 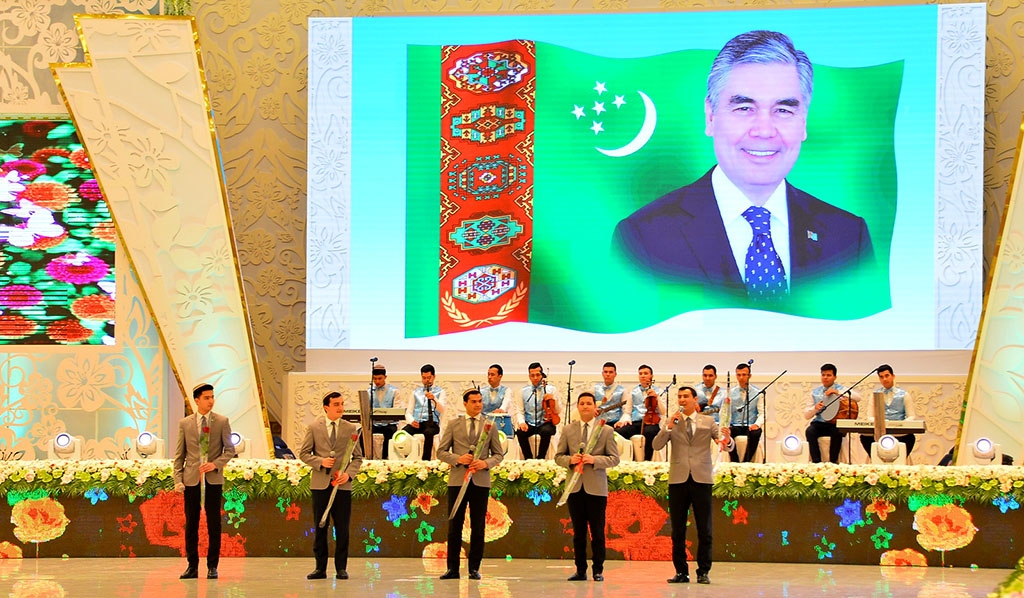 International media loves a wacky Turkmenistan story and the spiraling coronavirus pandemic seems to have delivered.

And so, the likes of usually reliable heads at U.S. public radio station NPR, among others, have this week picked up spurious claims alleging that Turkmenistan has banned the word “coronavirus” and even resorted to jailing people heard uttering it in public.

Is this true? Well, not exactly.

What is certain is that Turkmenistan has adopted a consistent head-in-the-sand stance over the pandemic.

The government insists that there are no confirmed cases, and there is no certain way of confirming or denying the accuracy of this insistence in view of the country’s intense secretiveness. The president has never uttered the word himself, but state media and government bodies have gingerly acknowledged the existence of the problem. On March 25, for example, TDH state news agency reported that the government was organizing charter flights to evacuate thousands of Turkmens studying in China, Turkey, Russia and Belarus from the path of the coronavirus pandemic.

Turkmenistan does not have independent media, but there are several nominally privately-run outlets. These have over the past few weeks run multiple articles about coronavirus. Granted, the general tenor of those pieces is that Turkmenistan has no problem and that this is an issue that affects people over there.

One of those outlets, in fact, reported on April 1 that the Health Ministry had set up a telephone hotline for members of the public wishing to learn about coronavirus. Eurasianet called the hotline and was told by an operator that people had “telephoned frequently” with queries and that there was no truth to the claim that saying the word had been forbidden.

It is quite possible – not to say probable – that the hotline was actually created in response to articles about the alleged ban. Or it might have been occasioned by the UN office in Ashgabat’s announcement on April 1 that it is drawing up a joint plan with the government on how to respond to the coronavirus pandemic.

As mentioned above, however, none of this to say that Turkmenistan is not coping with its trademark, paradoxical combination of delusion, blithe indifference, deception and panic.

Ashgabat was ahead of the curve in the region when it cancelled flights to and from China and then other emerging COVID-19 hotspots. In a very Turkmenistan fashion, it did so without ever telling its public why.

It is typical of such hyper-centralized, personalistic authoritarian states that few in the hierarchy will dare take the initiative without the top person in charge giving an explicit signal.

President Gurbanguly Berdymukhamedov believes himself to be a world authority on many things, including, to the misfortune of his put-upon subjects, health and medicine. He is a dentist by training, but he has ventured into other areas of healthcare too. In 2009, he inaugurated a new oncology clinic by (supposedly) performing an operation to remove a benign tumor from behind a patient’s ear. He has to date written 10 books about medicinal plants to be found in Turkmenistan.

It is not all this eccentric, on paper. Berdymukhamedov has waged a relentless war on smoking. This has earned the country plaudits from the World Health Organization. Berdymukhamedov is a sports fanatic, to the point of regularly corralling large numbers of his countrymen into mass cycling events. He has on occasion led the Cabinet in workout sessions down at the gym.

Other than dentistry, his only prior claim to medical expertise was a stint running the Health Ministry under his even more eccentric predecessor, Saparmurat Niyazov. It was while Berdymukhamedov was in that job that the government ordered the closure of all the hospitals outside Ashgabat, because, said Niyazov, there was no need for them.

"If people are ill, they can come to Ashgabat," Niyazov said at the time.

What he did do recently, though, is allude to the virus in passing.

Speaking to the Cabinet on March 13, Berdymukhamedov advised burning the leaves of a desert plant known in Turkmen as yuzarlik (Peganum harmala) as method for warding off all kinds of infectious diseases.

Sure enough, in the days that followed, government offices were fumigated with the stuff. Old women wandered around a UN conference in Ashgabat on March 14 waving pans billowing with the pungent smoke. Berdymukhamedov last week donated a van to a mosque in the northern city of Dashoguz. That too got the yuzarlik treatment.

The darker side of this kind of foolishness is that in the rare cases that officials do take the initiative, it is to clamp down and censor.

The story published by RFE/RL’s Turkmenistan service, about suspected plainclothes government agents intimidating people into refraining from unfiltered chatter about coronavirus as a heavy-handed way of tamping down panic has a strong air of believability about it. And it is true that whoever designed official instructional brochures advising the public on what to do about the coronavirus did avoid mentioning the word.

The almost total lack of useful, accessible information about this virus can have tragic outcomes. Last month, almost 40 Turkmen nationals living in Turkey died because they used low-grade, surrogate alcohol under the impression that it would somehow keep them safe. Turkmen authorities refused to allow relatives to fly the bodies home for burial.

Such unnecessary and arbitrary cruelties are far more reflective of life in modern Turkmenistan.

People are thrown out of their homes to make way for pointless sports venues. Children and old people are made to waste entire days and weeks of their lives rehearsing for mass parades in celebration of Arkadag, the patron and protector, as Berdymukhamedov is also known. If your dog wanders off somewhere, there is a fair chance it will be killed by an overzealous municipal worker bent on ensuring the unspoken diktat about there being no stray animals in streets. Most of the country languishes in poverty, despite the country sitting on gargantuan reserves of natural gas and oil.

The country is not overly ruled; it is undermanaged. Berdymukhamedov develops passing fixations and makes the whole country dance to that particular tune until he gets bored and moves onto something new.

There has been no coronavirus ban, because there is no need for one.