Is the keyboard mightier than the nuke? 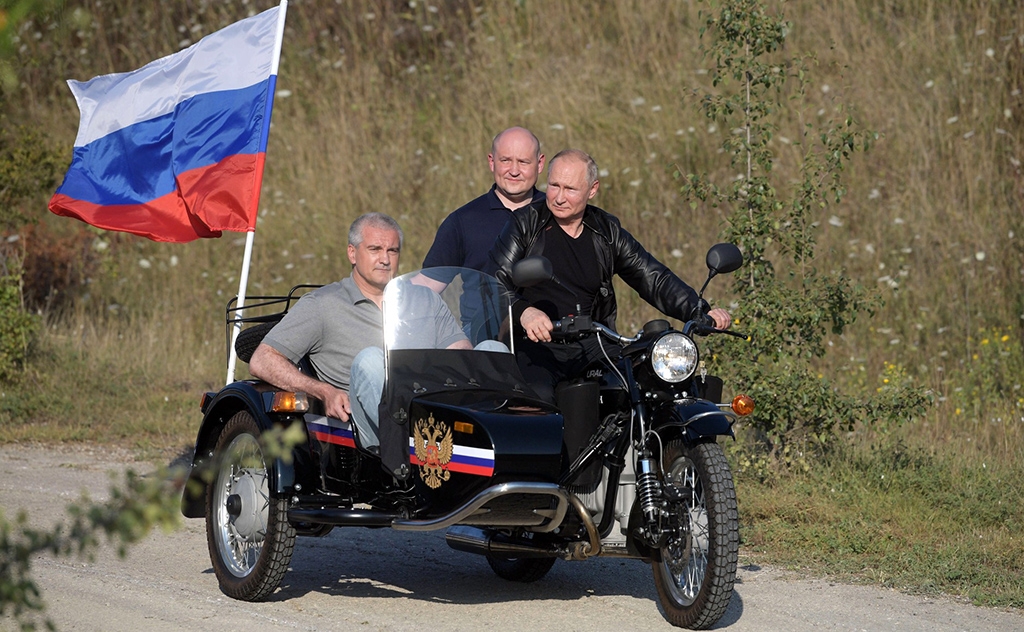 Amid the debate in the United States over how to contend with Russian election meddling, many have been slow to grasp a vital point: the way the Russian leadership perceives war has changed significantly over the last decade.

For Russian strategists today, the line separating war and peace is blurred. They believe the manipulation of information can amount to the use of violence, and that words mobilized on behalf of the state, and deployed via new technologies, can be as effective as nuclear weapons.

A key catalyst for the change in Russian perceptions of war was the so-called color revolutions in Georgia, Ukraine and Kyrgyzstan in the early 2000s. Each color revolution followed a similar pattern; the outbreak of popular unrest led to the overthrow of kleptocratic governments largely subservient to the Kremlin, and their replacement by leaders espousing liberal aspirations. The Russian understanding of color revolutions later expanded to include the Arab Spring and the Euromaidan uprising.

Western analysts have, rightly, tended to view the color revolutions as largely spontaneous outbursts of popular discontent against unaccountable leaders. However, the Russian leadership came to see these episodes as deftly executed Western operations designed to bring about regime change, relying on a well-coordinated, social-media-driven information blitz to induce citizens to oust largely pro-Russian authorities.

Put another way, Russian defense planners believed the West to be so clever that it possessed a formula to brainwash – or meta-program – a population to remove its rulers in the name of liberal democracy. An illustrative example can be taken from the military theorist Andrew Korybko, who wrote that “the traditional ideology motivating all color revolutions is liberal democracy.”

This context is essential for understanding why Russian leaders assign such critical importance to information conflict today. Key figures in the military hierarchy, including Defense Minister Sergei Shoigu and Chief of the General Staff Valery Gerasimov, are convinced that a state of information war currently exists between Russia and a US-European Union alliance. Not only that, Russian defense chiefs firmly believe the US-EU side to be the aggressors, having unleashed the information war.

In a September 22 interview with Moskovsky Komsomolets, Shoigu plainly stated that Russia was in an information war, adding that the “large-scale opposition of the West towards Russia” dated back to the 1990s and 2000s, evident in the eastward expansion of NATO.

The Russian threat perception is a crucial factor underlying the country’s offensive strategy today. The areas where the Russian leadership felt they were losing during the 1990s and early 2000s – the information conflict, ideological influence, intelligence operations and foreign support for political parties – are the ones they have reverse-engineered and seem to excel at today. Moreover, Russia’s main characteristic in the larger conflict, and in the information conflict, is disruption rather than compellence: it is a lot more cost-effective to tear down an idea than to build up a viable counter-argument.

The tipping point for the change in Russian strategic thought came between 2012-14, a period bookended by traumatic events for the Kremlin. Russian leaders confronted domestic and foreign challenges in the form of the Bolotnaya Square protest movement and the Arab Spring, and the end of that era was marked by the Euromaidan uprising in Ukraine.

Because of its impact, planners in Moscow came to recognize social media as a weapon capable of organizing mass action against the Russian leadership and eroding social cohesion. Accordingly, the Kremlin developed legislative countermeasures, such as the “foreign agent” law, as well as “troll factories,” to blunt Western message proliferation, and further its own illiberal agenda domestically and internationally.

Just a decade ago, Russian strategic thinking adhered to a traditional concept of war as the use of armed violence to achieve a political goal. Since then, the definition of war has broadened in Moscow. Deputy Defense Minister Andrei Kartapolov underscored the drastic change in Russian thinking when he stated in a 2015 article that warfare in classic terms consisted of 80 percent armed violence and 20 percent propaganda, whereas today the ratio is reversed. New-style warfare involves 80-90 percent propaganda and 10-20 percent violence.

It’s hard to overstate the importance of information influence in the Russian arsenal today. Leading theorists already in 2009 were starting to assert that weapons based on new technologies would be as effective as nuclear devices within 10-20 years. Similarly, Russian leader Vladimir Putin stated in 2012 that space-based systems and information technology would play a great, if not decisive role in armed conflicts of the future, and would prove as effective as nuclear weapons, while being more “acceptable” to use.

The fear and vigor that characterizes Russia’s conduct of information warfare should not come as a surprise. The evolution in Russian thought and practice came after a prolonged and open debate in the Russia’s strategic community. The problem is that few analysts in the West were tuned into that debate, and even fewer Western political leaders wanted to listen.

Strategic thinking in the digital age has, in parts, evolved faster and further among Russian experts than their Western counterparts. The Russian leadership has an intimate grasp of how reality today is experienced and perceived through a few social media and algorithm-based tech firms, such as Google and Facebook. Western analysts, on the other hand, still tend to have a stove-piped approach to Russia, focusing on either Russia’s stagnating economy and shrinking population, or on the country’s (significantly improving) armed forces.

The gulf in understanding of what constitutes war that currently separates Russia and the West poses risks. Actions that Western leaders see as short of war – such as economic sanctions, democracy promotion and ideological influence – can be viewed as war-like acts in Russia. This creates potential for unintended escalation.

How should conflict be managed then? In the West, there is a strong tendency to always “avoid escalation” and return to the negotiating table. Such behavior may sound rational and prudent, but it does not offer a solution. Instead, it is a part of the problem. Russian aggression is premised in part on an assumption that the West is predictable and always willing to de-escalate. As long as this is the case, Russian leaders will have a utility of escalating, as they can always know when to de-escalate.

A new détente as proposed by French President Emmanuel Macron is unlikely to succeed. It assumes that the current conflict is superficial and can be overcome by a new agreement. But this thinking doesn’t take into account that the Russian leadership perceives itself already under attack by non-military means and in an information war.

The experience of the Washington-Moscow “reset” of 2009-12 shows that even if limited cooperation is possible, underlying differences will resurface. A key is the understanding of war and what is perceived to provide enough security in all spheres. This ranges from the international security architecture to what is accepted in the information domain.

The first step for handling Russia is to recognize that we are in a strategic competition, which, as prominent American military strategist Andrew Marshall wrote in 1972, “will be prolonged – indeed, for planning purposes, endless.” In effect, Western leaders must come to recognize the intensity and the durability of the ongoing competition.

When this insight replaces the current hope that tensions with Russia will pass, the development of adequate force posture and deterrence will follow. As long as this is not the case, Russian offensive actions will only increase.

Oscar Jonsson is director of the Stockholm Free World Forum. His new book, The Russian Understanding of War: Blurring the Lines between War and Peace, was published by Georgetown University Press. @OAJonsson