To understand Russia’s influence in Central Asia, consider business – and the fear of China. 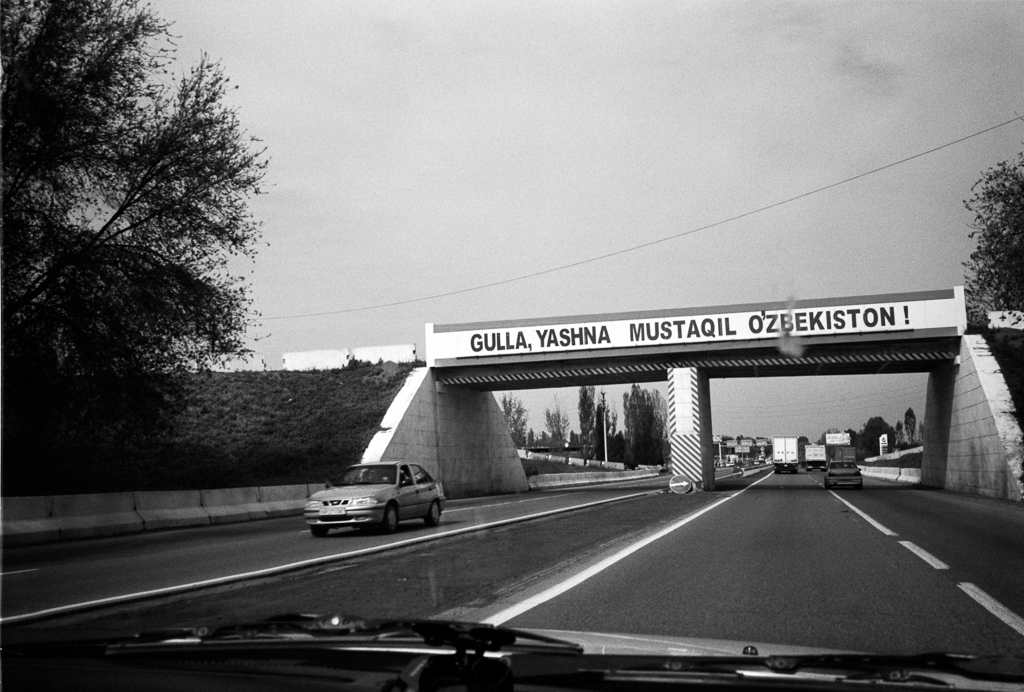 For all the anxiety in Western capitals over Russia’s global influence, in Central Asia it often feels like the Kremlin doesn’t have a policy. Moscow’s efforts to influence Uzbekistan are ad hoc and often reactive. Certainly, Russia enjoys enduring social leverage, but its real power is economic.

Just look at how efforts to manipulate public opinion can backfire.

It’s become almost tradition each May for Russian-language media outlets to goad debates on how the holiday marking Nazi Germany’s defeat in 1945 is celebrated in Uzbekistan. Is it venerated enough – like in Moscow, where the day is almost holy? Is it pro-Soviet (i.e. pro-Russian) enough?

This year the pro-Moscow outlet Vesti.uz published a petition – “The Russian language is not alien to us” – several days before Russian Foreign Minister Sergey Lavrov visited Tashkent. In this open letter, local intelligentsia allegedly called on Uzbek authorities to make Russian one of the country’s official languages (at the moment only Uzbek has such status).

Predictably, the article sparked debates over Russian influence in Uzbekistan and Uzbek national identity. A Western-educated minister weighed in. So did Yuksalish, a government-backed movement positioning itself as a platform connecting authorities and the citizenry. Both called for the government to prioritize using Uzbek. In the hubbub, a woman who had allegedly signed Vesti.uz’s letter said her signature had been forged.

Whether Vesti.uz was acting on its own or with covert instructions from Moscow doesn’t matter. Russia doesn’t need to deploy propaganda. Its influence remains ubiquitous.

According to Uzbek government statistics, around 95 percent of the population can access digital television. Dozens of Russian channels are available. Today, domestic entertainment programs are more popular than they were a few years ago – when there were few Uzbek stations and Islam Karimov’s government censored just about everything. But Uzbeks still widely watch Russian news sources, largely due to inertia and the fact that Russian remains the most common foreign language spoken.

Russian television penetration translates into support for key Russian figures. In research I conducted last year, I found a majority of Tashkent taxi drivers (69 percent of 93 surveyed) are highly sympathetic to Vladimir Putin, calling him the epitome of masculinity, a strong political leader. As one driver put it: “He’s a real man [erkak]. A true leader should be like him.” Others (17 percent) told me they admire Chechen strongman Ramzan Kadyrov for embodying both machismo and Islamic values. Almost 80 percent of respondents watch Russian TV regularly; 23 percent said they consider Russian TV more sophisticated than Uzbek television.

An emerging Uzbek identity does challenge Russian influence in Uzbekistan. I have found my students in Tashkent – who are from the young, mostly Uzbek-speaking generation brought up in the post-Soviet era – ambivalent about learning Russian. This generation is a mystery to analysts, scholars and decision-makers – partly because of the lack of reliable polling data in Uzbekistan. My impression is that this generation does not see Russian as the kind of social capital it once was.

But even if the cachet of Russian were to disappear overnight, Russia still remains the top destination for Uzbek labor migrants – more than 1.5 million Uzbeks reportedly entered Russia to work between January and September 2018.

Indeed, it is economics where Russia’s leverage should be examined. Open a newspaper in Tashkent on any given day and you’ll see reports about Russian companies signing mega deals in oil, coal, food, atomic energy and heavy industry.

This doesn’t threaten local officials or analysts, who, rather, see Russia – and Russian businessmen, who are not the same thing as the Kremlin – as an important counter to growing Chinese influence. As Rafael Sattarov of Brandeis University said recently at an event at Harvard, Uzbekistan has no other alternative than to develop closer relations with Russia; its only other choice is China. “The Kremlin is the lesser of two evil considering Beijing’s aggressive policy in its neighborhood and Xinjiang,” Sattarov said, referring to the region where China is waging an anti-Muslim internment campaign.

Uzbekistan’s new leadership knows that Western investment is going to be limited. No country can match Chinese spending. And yet even Beijing cannot outbid Russia’s persisting influence and popularity. Moscow knows, too, that its influence comes at a discount – thanks to fears of China.

Nozima Davletova is an independent researcher with the Central Asia Program at George Washington University and a lecturer at the University of World Economy and Diplomacy, Tashkent.