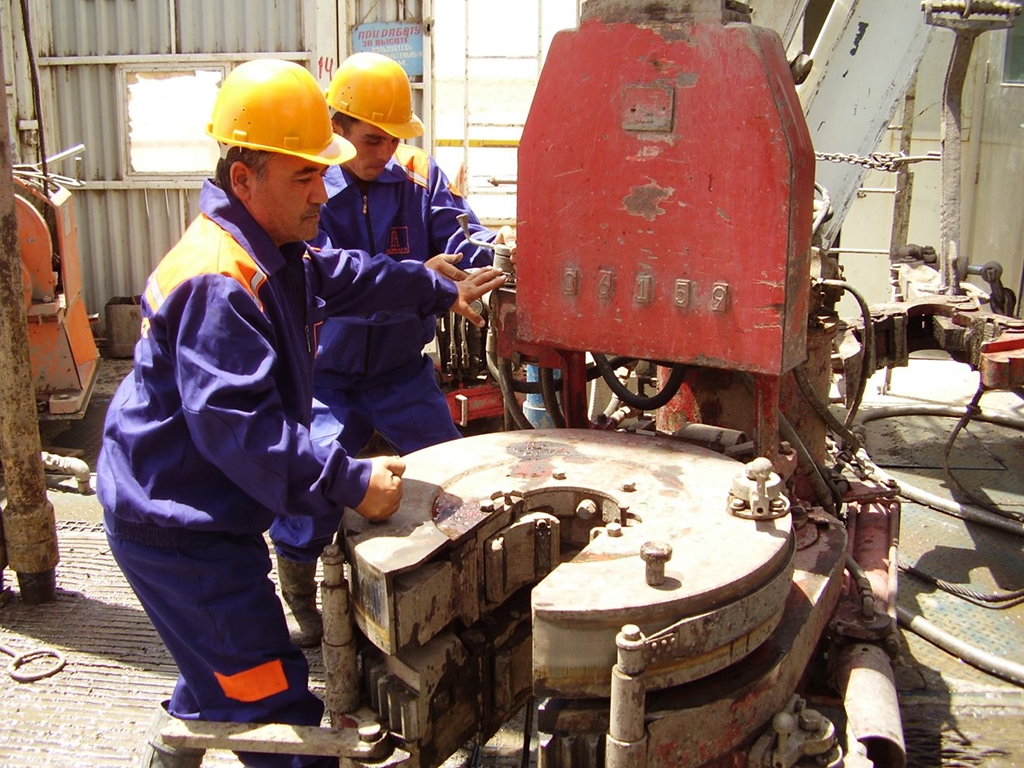 Bukhoroneftgazparmalash, a drilling company, is on a list of government assets to be privatized. (bngp.uz)

Turkish investors Vahit, Fikret and Resat Güneş allege that in 2011 authorities in Uzbekistan imprisoned them for months before seizing a shopping center the brothers had acquired in the capital, Tashkent.

Such stories seem to have done little to discourage investors caught up in the excitement of reforms under President Shavkat Mirziyoyev, who came to power in late 2016 after the death of long-serving autocrat Islam Karimov. In February, a billion-dollar sovereign bond issue was eight-times oversubscribed. In April, Mirziyoyev announced a long list of assets to be privatized.

Yet concerns may persist about the treatment of investors like the Güneş brothers, who last month were reportedly awarded about $40 million in compensation from Uzbekistan after an arbitration tribunal in Washington upheld claims brought by the investors under Uzbekistan’s investment treaty with Turkey.

The reforms envisage the creation of special legal regimes in free economic zones (FEZs) and encourage the use of arbitration instead of state courts. If successful, the reforms will allow international investors unfamiliar with Uzbekistan’s legal system to use alternatives in their business relationships.

The introduction of English law in the Navoi FEZ

Uzbekistan now boasts more than twenty FEZs. Investors in these zones enjoy tax and customs exemptions, among other things. However, the Navoi FEZ stands out for two reasons. First, a presidential decree in May expanded the FEZ to cover the entire Navoi region, one of Uzbekistan’s largest provinces. Second, the government announced in July that it intends to apply English law in the Navoi FEZ.

International investors have long found comfort in English law, perceiving it to be flexible, business-friendly and equipped with an extensive body of statute and case law that contributes to a high degree of legal certainty. Tashkent hopes that applying English law will provide a shortcut to creating a business environment attractive to foreign investors.

Tashkent may have taken its inspiration from neighboring Kazakhstan. The Astana International Financial Centre (AIFC) has operated a legal system based on English law since it was established last year. Though questions persist about the AIFC’s viability, its English-style legal regime may well have contributed to its plaudits.

Uzbekistan’s plans in the Navoi FEZ have the potential to improve the business environment for international investors. Yet some investors may be unwilling to wait. Others may be concerned that they could end up litigating in state courts against the state itself or influential local powerbrokers. Arbitration before an independent tribunal appears a viable alternative for such investors, just as it was for the Güneş brothers.

Mirziyoyev’s government is aware of the appeal of arbitration. In November 2018, Uzbekistan established an arbitration center of its own – the Tashkent International Arbitration Centre, or TIAC. Under TIAC’s rules, not only can international arbitrators be appointed to TIAC tribunals, but TIAC tribunals can apply foreign law by agreement between the parties. The parties in TIAC proceedings can also engage lawyers who are not qualified to practice law in Uzbekistan. Essentially, international investors can use the TIAC to resolve their disputes locally while keeping their exposure to the Uzbek legal system to a minimum.

As in the case of the legal reforms in the Navoi FEZ, whether the TIAC is ultimately successful will depend on how the Centre operates in practice. Although the Uzbek government is likely to support the TIAC, it will face competition from a wealth of other highly respected arbitration centers worldwide.

The impact of Uzbekistan’s internationalizing reforms remains to be seen. In Navoi, international investors await news of the details of the new legal system to determine whether it meets their needs. As for the TIAC, it will need to build institutional credibility. That takes time.

If Uzbekistan does succeed in making international investors comfortable, the country’s potential is enormous. The privatizations announced earlier this year are likely to be particularly alluring to international investors. Nearly 30 state enterprises are up for grabs in sectors as diverse as finance, construction, food and drink, petrochemicals and energy. With the government aspiring to the IPO of 20 of these companies by 2023, reform of the legal system cannot come soon enough.

The authors are lawyers at Cleary Gottlieb. Matthew Fisher (@_mfshr) focuses on high-value equity and debt capital markets transactions in the CIS region. Robert Garden specializes in international arbitration. Neither currently has active matters with clients from Uzbekistan. This article represents the views of the authors only and is not legal or financial advice.