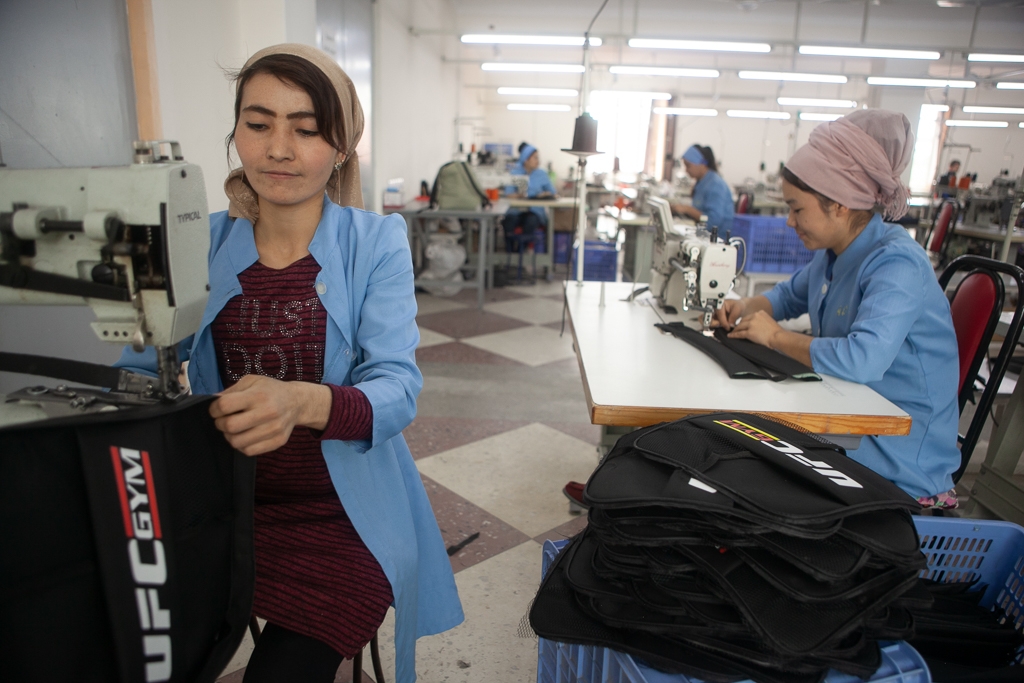 A new dynamic governing regional integration is shaping up in Central Asia. Uzbekistan is challenging Kazakhstan’s position as the region’s power broker, and China’s economic choices may well be a critical factor in determining the outcome of the leadership rivalry.

The shift seems counterintuitive on the surface, given that Kazakhstan’s economy currently generates three times the GDP of Uzbekistan’s. Kazakhstan also enjoys better connectivity with international markets. Nur-Sultan’s strong diplomatic relations with China and Russia should seemingly ensure that Kazakhstan remains the main driver of regional integration. Nevertheless, the reality is that the road to Central Asian stability and prosperity is increasingly running through Tashkent.

The changing dynamic is driven by China’s sober reassessment of its Belt and Road Initiative, its ambitious plan to reshape the contours of global trade. Beijing has tweaked its BRI strategy to focus more on securing trade ties in Asia, while deemphasizing the construction of ambitious transcontinental trade corridors. To this end, China is seeking favorable destinations for foreign direct investors pursuing lower-wage co-manufacturing opportunities.

Uzbekistan’s key advantage in this altered context is human capital: With an estimated population of 33.5 million, Uzbekistan is by far the most populous country in a sparsely inhabited region on China’s western flank. Uzbekistan’s total fertility rate (TFR) was one of the highest in the Soviet Union and stayed above replacement levels throughout the tumultuous 1990s. As a result, Uzbekistan now has a large cohort of young people entering the workforce each year.

As highlighted in the chart below, Kazakhstan’s TFR recovery after 2000 will soon create an analogous situation to what Uzbekistan already is experiencing. This demographic trend is naturally motivating authorities in both countries to prioritize job creation.

At present, Chinese investors are attracted by Uzbekistan’s lower wages in the manufacturing sector relative to wages in China. Uzbeks are also becoming more skeptical of Chinese investment. Even so, 75 percent of Uzbek respondents had at least some confidence that Chinese investment would create jobs, according to a recent Central Asia Barometer poll. The poll showed only 24 percent of Kazakhs felt the same way.

This discrepancy may be partly a reflection of the Uzbek government’s past moves to curtail Chinese land acquisition and limit foreign labor participation in joint ventures. Kazakhstan, meanwhile, has witnessed protests in recent years over leasing land and the influx of Chinese workers.

A second dimension of the changing integration dynamic is economic flexibility.  Uzbekistan is much better positioned than Kazakhstan in the current economic climate to partner with Chinese manufacturing firms.

Kazakhstan has been classified as an advanced middle-income country since 2006 and despite having a GDP per capita roughly equal to China’s, its export basket is less sophisticated. Despite efforts to diversify, Kazakh manufacturing output has stagnated. It is increasingly apparent that Kazakhstan is facing a middle-income trap with elevated wage rates driven up by resource rents, combined with high transport costs. The result is restricted export competitiveness. Kazakhstan’s most likely escape from the trap is through prioritizing service export capabilities by investing in higher education and research, along with specialized manufacturing.

The obvious downside of this strategy is that it would dampen opportunities for manufacturing co-location with China. In the short term, China needs Kazakhstan as a partner for logistics coordination for the Asia-Europe corridor. Over the longer term, it could collaborate on R&D and educational exchange, but it would be less inclined to form manufacturing partnerships built on comparative economic advantage.

Uzbekistan also needs to diversify its economy and increase its export competitiveness, yet with a nominal GDP per capita under $2,000, the Uzbek economy currently is better suited for growth through export-oriented manufacturing – the “Chinese model.”

So far this century, Uzbekistan’s principal export focus, besides commodities, has been the auto industry. But that strategy has proven problematic for Tashkent. While auto exports accounted for 14 percent of Uzbekistan’s overall total in 2012, by 2018 the failure of joint ventures with GM and others, as well as less favorable trade conditions with Russia, caused autos to fall to less than 1 percent of exports. Expanding partnerships with China thus has the potential to rekindle this moribund sector.

Uzbekistan’s rising regional influence is the outgrowth of significant policy changes in Tashkent over the past five years, with President Shavkat Mirziyoyev upending the sclerotic dictatorship of Islam Karimov. At home, he’s taken steps to boost commerce, including suspending foreign exchange controls and opening the economy. Meanwhile, he has paved the way for integration with neighboring states by striving to settle disputed borders, liberalize trade and tackle transnational issues. In particular, Uzbekistan has worked with neighbors on a sustainable framework to manage Central Asian water resources.

Since 2016 Mirziyoyev has sought to augment private-sector growth by targeting privatization and increased opportunity for small business development. The State Fund of Uzbekistan is prioritizing microcredits aimed at stimulating entrepreneurship among young people and women. It is also emphasizing the need to boost the overall workforce participation rate of women. To get the initiatives off the ground, the government is relying on an admittedly modest initial $2 million grant from the World Bank.

It is still early days for these initiatives, and it is too early to tell whether institutional resistance from entrenched bureaucrats on the regional and local level may frustrate nascent reforms. Nevertheless, if successful they could provide an appropriate model for neighboring states, especially Kyrgyzstan, Tajikistan and, eventually, Afghanistan. Uzbekistan perhaps has the greatest stake of any state in the region in fostering prosperity beyond its borders, both to grow trade markets as well as joint infrastructure.

Though more difficult to quantify, another critical element in the changing regional dynamic involves statecraft. Since President Nursultan Nazarbayev’s resignation almost two years ago, Kazakhstan has taken a somewhat less assertive leadership position. Of late, authorities seem to have downplayed regional economic connectivity in favor of cultivating bilateral relations with Russia and China – capitalizing on Kazakhstan’s favorable position on transcontinental freight corridors. In doing so, Nur-Sultan is overlooking the fact that stronger regional economic cooperation is a prerequisite for attracting higher levels of foreign investment.

It is clear that a Kazakh-Uzbek tandem would be the optimal driver for regional coordination, and here, too, Uzbekistan has recently taken a lead. Mirziyoyev initiated the first heads-of-state meeting for a fractious region in March 2018, which was held in Kazakhstan. The two countries are actively coordinating the development of the Central Asian auto industry and evince a keen interest in Kyrgyzstan’s chronic instability.

In challenging Kazakhstan’s primacy, officials in Tashkent are benefiting from the Uzbek diaspora – including economic migrant clusters in Kazakhstan and Russia, exclaves throughout Central Asia, and nearly 2 million ethnic Uzbeks in Afghanistan. This dispersed Uzbek population creates a unique vector of Eurasian integration. Mirziyoyev now pointedly refers to Afghanistan as an “unalienable part of Central Asia.”

Moving forward, Tashkent will need to play its cards carefully to maintain its forward momentum, particularly when it comes to making expensive transport and infrastructure investments.

Uzbekistan’s top transport priority is a long-stalled rail connection from the Ferghana Valley through Kyrgyzstan to China’s Xinjiang province. A longer-term aim is to connect its manufacturing base to a southern port – either Gwadar in Pakistan, or Chabahar in Iran, via a rail corridor through Afghanistan. The latter project would also benefit Kazakhstan’s export competitiveness.

At present, high regional transport costs along with border inefficiencies are undercutting any potential comparative advantage Uzbekistan has for exporting its goods. Though still problematic, Uzbekistan has tried to address these problems by introducing simplified border inspection requirements and documentary compliance.

Not only must Tashkent solve its connectivity challenge, it must do so in a way that is fiscally sound and promotes regional trade as broadly as possible. A wrong bet could undo the progress of the past five years. Uzbekistan remains a poor country without the capital reserves to repay large underperforming debts.

Nathan Hutson is a professor at the University of North Texas. He is a specialist on China’s Belt and Road Initiative and previously worked as a consultant for the World Bank. Marsha McGraw Olive is a retired World Bank manager and former senior vice president of the Eurasia Foundation. She is a lecturer at The Johns Hopkins University - Paul H. Nitze School of Advanced International Studies.