What the old secular society saw as a careless or angry remark can now be taken seriously, often to a family’s regret. 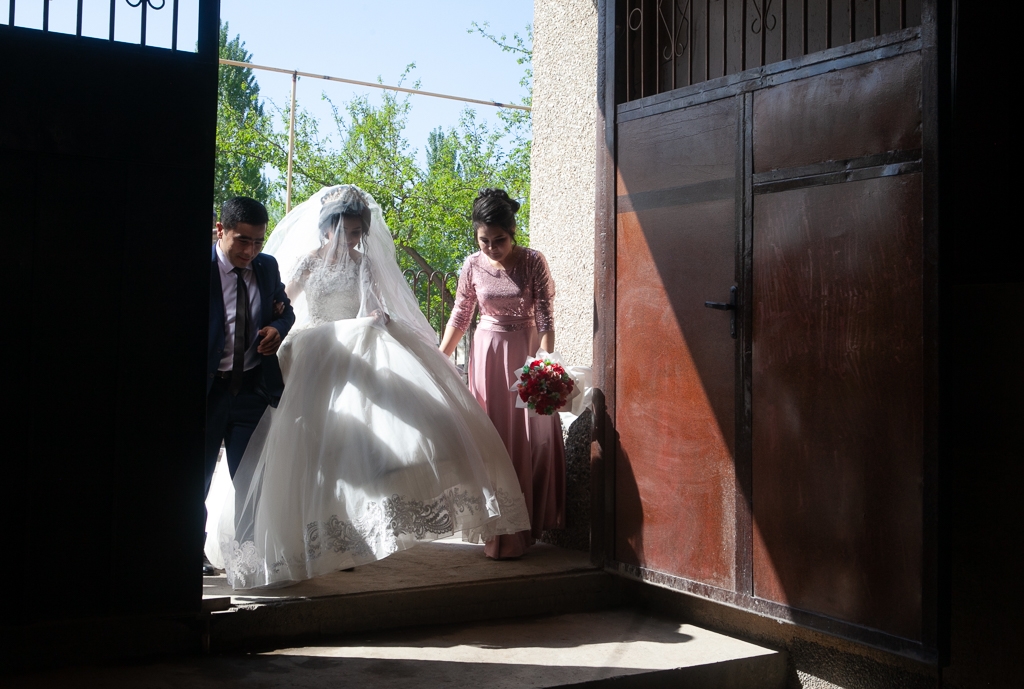 Many Uzbeks are beginning to take more seriously their obligations under Islamic law, or sharia.

Since Shavkat Mirziyoyev came to power after the 2016 death of strongman Islam Karimov – who jailed thousands of devout Muslims – Uzbeks have found themselves able to more openly practice Islam, discuss religious matters, and seek the advice of Islamic scholars. While the government still appears uneasy about religion – limiting access to information, for example, and insisting men shave their beards – Mirziyoyev has done away with some of the Islamophobic excesses of the Karimov era.

Interest in religion is growing. But many Muslims who previously only had a nominal connection with the faith are learning Islamic law piecemeal – and sometimes only after making irreparable mistakes.

According to mainstream interpretations of sharia, a Muslim man may divorce his wife by saying the word talaq (“repudiation” or “divorce”) three times. Ideally, this is done over a period spanning three of his wife’s menstruation cycles, once per month. Yet, in practice, husbands sometimes utter “talaq” quickly three times, often in anger.

Stories of triple talaq are not uncommon. But what secular Uzbeks see as an offhand remark made in the heat of argument is increasingly taken seriously by those trying to hew more closely to Islam.

In my own family, I have at least three close relatives whose husbands said talaq in anger and are now separated, though the couples wish to keep their families together. There are thousands of couples like this.

The online platform Islom.uz mediates between religious scholars and people who have questions about Islam. While topics vary, when it comes to marriage, a frequent inquiry from its 150,000-odd Telegram subscribers is how to undo talaq. The site hosts almost 2,000 questions on the matter.

“I had a big argument with my wife on the phone and said triple talaq while I was angry. Is there a way [forward] for us?” asks Sayibjan. Another user, Asadbek, describes how he married young and did not know the rules of shariah. Now he is learning more about Islam and realizes that, back in the days when he drank alcohol, he said “triple talaq” many times to his wife: “Both my wife and I regret this very much. Can we renew our marriage?” he asks.

In both cases, the scholars tell the men no, that they are now divorced in the eyes of God. A quick triple talaq, most Uzbek clerics agree, is binding, if not in the spirit of sharia.

The state does not recognize sharia divorces. Under state law, in most cases a filing for divorce is not approved for six months, to encourage reconciliation. But anecdotal evidence suggests that for many couples who choose to adhere to the canons of Islam, there is no choice but immediate separation after triple talaq, regardless of the state’s opinion.

YouTube is another platform where talaq is frequently discussed. Azon.tv, the first private online educational TV channel in Uzbekistan, currently has almost 400,000 subscribers and around 35 million views since starting in 2019. In one online discussion – Urgent: I divorced by mistake. What do I do now? – preachers lament that divorces by triple talaq are often due to ignorance, anger, or drunkenness. Yet the scholars explain there is, nevertheless, no undoing talaq.

Preacher, theologian, and commentator Abror Mukhtor Aliy also actively answers various questions on his YouTube channel, where he has over a quarter of a million subscribers. He urges young couples to seek education on matters of nikah (Islamic marriage) and talaq, warning that ignorance is no excuse: “If [a husband] says three talaqs because he does not know [the consequence], it is not an excuse for him. For these are the things he has to know. He has to know! It is his obligation before marriage. It is his obligation to know that a wife is haram [prohibited] for a man after talaq. We should teach this.”

This increasing recognition of talaq comes as Uzbekistan’s divorce rate is rising, though there is no clear link. According to official data, around 30,000 divorces have been registered annually since 2014, a sharp rise compared to a decade earlier. Between 2000 and 2012, the average was around 17,000 per year.

As public interest in Islam grows and people investigate the faith in more detail, the state would be wise to help educate people on the basics of Islam, to help manage the transition from secularism.