No level of debt-fueled spending can overcome the stagnation caused by the state’s continued domination of the economy. 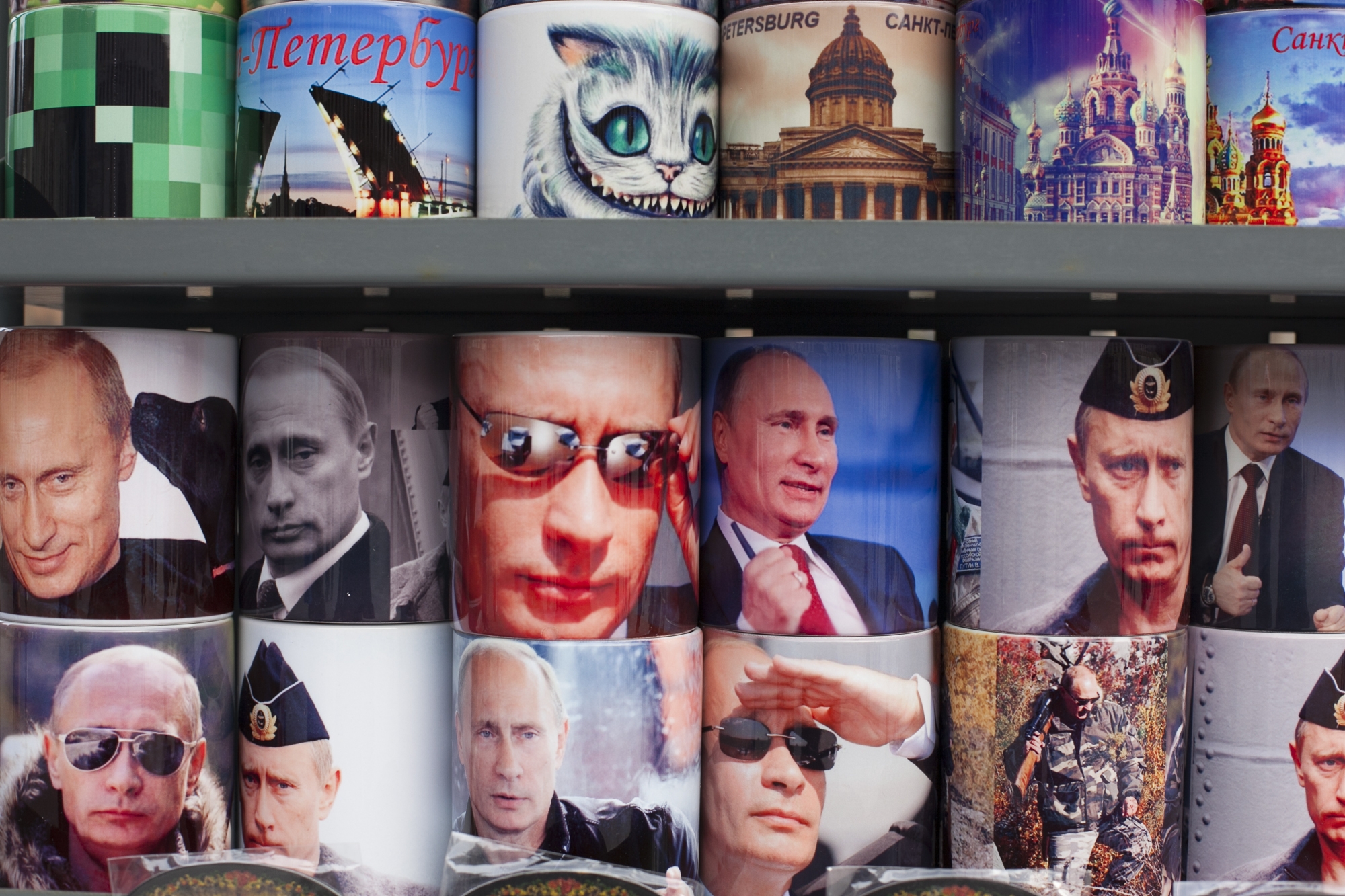 Most Russians would be forgiven for skipping this month’s presidential election. With less than two weeks until polls open, we can say with strong confidence that Vladimir Putin will win his fourth term in office. Officials are taking no chances to ensure turnout isn’t embarrassingly low, however, mobilizing students and workers, plastering the regions with pro-Putin materials, and seemingly handpicking the other candidates allowed to run.

There are many consequences to holding stage-managed elections. Clearly they are a violation of basic political rights. But in most developed countries, campaigns also prompt debates over the most pressing policy issues of the time. Candidates must defend reasonably coherent positions on foreign and domestic policy. That way voters have some idea what their next leader will do upon taking office.

In contrast, the Russian presidential campaign offers nearly zero discussions of substantive issues. In his nearly two decades in politics, Putin has never publicly debated his rivals, preferring to spell out his goals in his annual state of the nation speech, this year on March 1. Given only this broad outline of his priorities, what can we expect from another six years of Putin? This analysis looks at the economic front.

Just as in 2012, the run-up to this election has seen Putin make a broad swath of promises. Even amidst aggressive saber-rattling, Putin also used his speech last week to announce a “war on poverty.” Spending on health care and infrastructure will be doubled, he promised. Salaries will rise, and these state interventions will halve the effective poverty level. These ambitious goals come in response to criticism about falling living standards in recent years.

However, Putin was vague on details about where the money will come from. On one hand, Russian authorities have made concerted efforts to squeeze taxpayers wherever possible (only, of course, after an election). Proposals have been floated to raise tax rates on individuals and companies, as well as crack down on tax evasion. But these measures will not be enough: The business lobby already began fighting new taxes last fall; taxpayers will not take kindly to seeing more of their incomes go to a government plagued by corruption.

Instead, we should expect the Russian government will look to international credit markets to fuel growth. The opportunities to borrow abroad are many. S&P recently upgraded Russia’s credit rating to investment grade, while the Trump administration has shied away from sanctioning Russian sovereign debt. Finance Minister Anton Siluanov may oppose this new push, but the outcome is inevitable: Russia can’t afford to increase spending without foreign cash.

Domestic borrowing is also the rise, the result of government support for loans. With inflation low, the Central Bank will continue to cut interest rates to pump cheap money into the corporate sector. Putin has also made a point of subsidizing lower mortgage rates, now promising a new low of 7 percent. With salaries low, Russian consumers already are borrowing at record levels to cover basic expenses.

Borrowing creates a short-term stimulus. However, Russia’s financial sector is ripe for abuse and corruption. Regulators’ attempts to purge bad banks have not yet changed a culture that prioritizes connections and kickbacks over due diligence. We could see the emergence of a risky debt bubble that comes back to haunt Russia in the same way the events of 2008 rocked the U.S. economy.

The Russian state now accounts for 70 percent of GDP, and the next six years are expected to see a doubling-down on this strategy of state ownership. Beginning in the early 2000s, the Putin government acquired large stakes in Russia’s corporate giants, positioning state-owned enterprises as the backbone of the economy. At first only “strategic” sectors were targeted, such as those connected to national security and social stability: oil and gas, metals, defense, banking, etc. This wave of state intervention outlasted even the economic headwinds of 2014, with privatization taking a back seat in the government’s crisis response. Putin’s economic approach holds that effective management can be achieved without private ownership.

Over his next term, state officials will target sectors traditionally reserved for private ownership. Authorities have tasted success in developing Russian agricultural firms; since the Soviet Union collapsed, Russia has gone from being a net wheat importer to being the world’s largest exporter. Last month, state-owned bank VTB bought a plurality stake in Magnit, one of the country’s largest retail chains, and was revealed to own part of Russia’s Burger King affiliate. It won’t be long before Russia’s fiercely competitive mobile phone and IT industries find themselves invaded by bureaucrats.

The main reason we won’t see the state stepping back from the economy is politics. Putin is entering his presumed final term in office and the biggest question on the mind of every powerbroker in Moscow is not who will win this month, but who will succeed him in 2024. Analysts are already seeing the development of influential fiefdoms, jostling for position and accumulating state resources to support their claims to power. Under such political uncertainty, any attempts at liberalization will be paralyzed. No level of debt-fueled spending can overcome the stagnation caused by the state’s continued domination of the economy and refusal to enact real structural reforms.

David Szakonyi is an assistant professor of political science at George Washington University.