Turkey helped Azerbaijan win on the battlefield, but what Ankara stands to gain geopolitically remains to be seen. 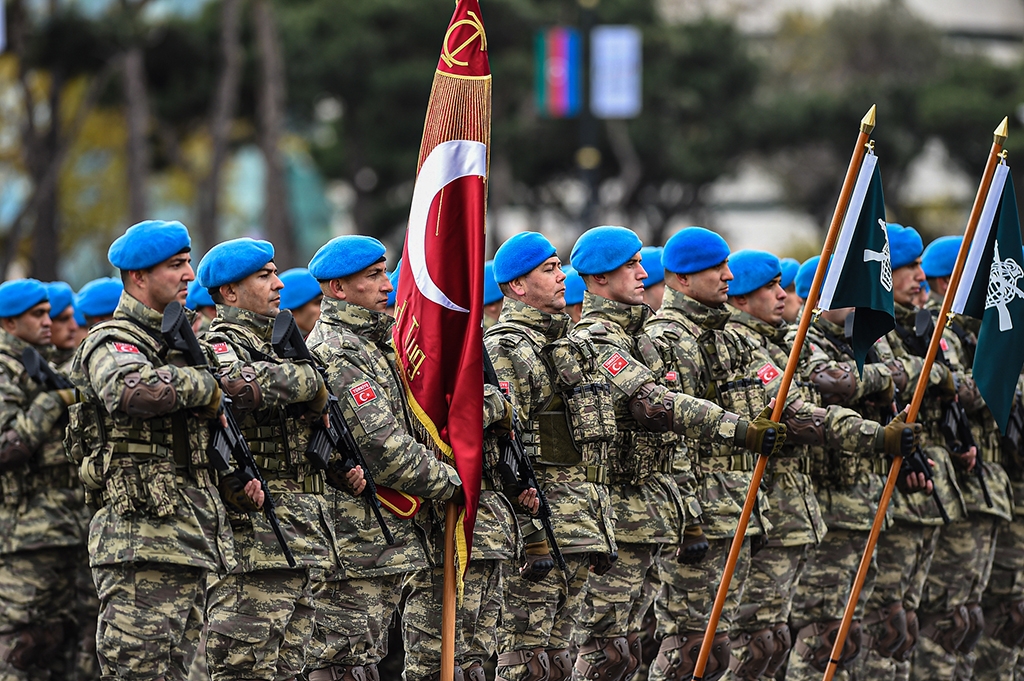 In 2011, the International Crisis Group wrote that if a war broke out between Armenia and Azerbaijan, Turkey risked being “dragged in” to the conflict. “Public pressure” might force Ankara to intervene in support of Azerbaijan, the ICG wrote, “contrary to [its] larger foreign policy interests.” As a result, Turkish officials were “doing all they can to persuade Baku war would be a ‘nightmare scenario.’”

Fast forward to 2020, and it is clear how much Turkish foreign policy has changed in the last decade. In the recent 44-day war, Turkey was far from a reluctant participant, and intervened enthusiastically in a manner that appeared very much in keeping with its newly defined interests.

When fighting began, President Recep Tayyip Erdogan announced that Turkey would continue to support Azerbaijan “with all its resources and heart.” That included a spike in arms sales: $77.1 million in September alone, Reuters reported. Chief among the weapons sold were Turkey’s indigenously produced drones, which, coupled with Turkish training and tactics, significantly bolstered Azerbaijan’s ability to inflict damage on Armenian forces. Turkey also transported hundreds of Syrian rebel fighters to the front lines to fight for Azerbaijan, though in the end this seemed to generate more international outrage than benefits on the battlefield.

All this is in keeping with Turkey’s broader foreign policy shift, which has increasingly prioritized the use of hard power, often in conjunction with local proxies, to alter regional dynamics in its favor. Convinced that the world is becoming more chaotic and more multi-polar, Ankara has emphasized its willingness to act independently of, or even in direct opposition to, its former Western allies while building a relationship with Russia that is simultaneously cooperative and competitive.

In the Caucasus, Ankara sought to replicate its formula for low-cost, high-impact interventions that it had already applied in northern Syria and Libya. A key difference is that Azerbaijan was a far stronger partner than the Turkish proxies in Libya and Syria, and so Ankara was able to achieve even more dramatic short-term gains. Nevertheless, it still faces the same unresolved questions and lingering risks posed by its previous interventions.

Azerbaijan has always enjoyed deep sympathy in Turkey, particularly among right-wing nationalists. It routinely tops surveys asking Turks which countries they consider friends, and the relationship is often described as “two states, one nation.” Demonization of Armenia and Armenians, of course, is equally widespread, spanning left-right and religious-secular divides.

But until roughly a decade ago, this nationalist alignment with Azerbaijan was offset by competing strategic impulses.

In the immediate aftermath of the Cold War, an abiding caution continued to shape Turkey’s approach to Russia and the region it had controlled. Except where more immediate interests seemed to require it, Ankara preferred to act conservatively, in concert with its NATO allies and in defense of the status quo. So when fighting between Azerbaijan and Armenia broke out in 1990, Ankara refused to become directly involved. Even as the war turned in Armenia’s favor, Turkey limited its actions to closing its border with Armenia and training Azerbaijani officers, while continuing to support diplomatic efforts to resolve the conflict.

In the following decade, Ankara’s approach to the Caucasus became both more active and more independent. But this created a new set of economic incentives that gave Turkey an interest in peace and stability. The inauguration of the Baku-Tbilisi-Ceyhan pipeline in 2005 fueled hopes that regional integration and new pipeline routes would complete Turkey’s transformation into a vital and profitable energy hub.

This dynamic vision, famously associated with former Foreign Minister Ahmet Davutoglu’s “zero problems with neighbors” policy, culminated in Turkey’s 2009 effort to normalize ties with Yerevan. When Azerbaijan, in concert with Turkish hardliners, scuttled this initiative, many in Ankara saw it as a regrettable victory of 20th-century nationalism over 21st-century enlightened self-interest.

In subsequent years, however, a number of unrelated developments took Turkish foreign policy thinking in a different, darker direction. The outbreak of the civil war in Syria, the violent return of Turkey’s Kurdish conflict and the 2016 coup attempt all contributed to Ankara’s perception that it was operating in a more hostile environment that called for a more aggressive response.

This perception drove Ankara to undertake a series of military interventions. Turkey has repeatedly launched major-cross border operations to check and then roll back Kurdish gains in Syria. In 2019, Ankara came to the aid of the Government of National Accord in Libya, helping it fend off an attack on Tripoli by forces backed by Russia, Egypt and the United Arab Emirates. Then, in early 2020, when Russian-backed Syrian government forces attacked the final rebel-held pocket in Idlib, Turkey poured soldiers and armor into the territory in a (partially successful) effort to slow their advance.

These interventions, in turn, created the dynamic of cooperative competition that currently characterizes Turkish-Russian relations. By backing opposing sides in proxy conflicts, then working together to negotiate their resolutions, Moscow and Ankara have both gained influence at the expense of Western actors.

So even when Ankara’s gains have undercut Russia’s allies, Moscow has accepted, even welcomed, Turkish intervention in order to weaken American and European influence in Syria and Libya. Moreover, Moscow benefits because, to the extent it faces off directly against Turkey, it will always have the stronger hand militarily. This became clear most dramatically in Idlib last spring, when a Russian air assault killed 33 Turkish soldiers and prompted Turkey to seek a ceasefire on Russia’s terms.

Against this backdrop, the Armenia-Azerbaijan conflict offered Ankara an opportunity to expand its relationship with Russia into a new theatre where it had a stronger hand. By changing what Galip Dalay has called the “balance of vulnerabilities,” Ankara hoped to gain leverage against Russia that it could perhaps use to its advantage in Syria or the Eastern Mediterranean.

But even here, Azerbaijan’s clear victory on the ground did not provide the clear geopolitical benefits Ankara had hoped for. Russia did not offer Turkey a seat at the negotiating table and, contrary to optimistic reporting in the Turkish press, rejected the possibility of Turkish peacekeepers in Nagorno-Karabakh itself. This means that even if Turkish support enabled Azerbaijan to retake the region, Russian cooperation will now prove more important to Baku in governing it.

In short, while Azerbaijan is indebted to Turkey for its victory, Russia retains its role as the regional powerbroker. As a result, it remains to be seen whether Moscow will be any more accommodating of Turkish interests in Syria, or how Ankara can capitalize on its success moving forward. Facing a deepening economic crisis, Turkey certainly stands to gain financially, whether from reconstruction contracts or more preferential energy purchases. But beyond this, the war may prove the high water mark of Turkish influence in the Caucasus rather than the prelude to deeper involvement.

Nicholas Danforth is a Non-Resident Senior Research Fellow at the Hellenic Foundation for European and Foreign Policy. The author would like to thank the Kennan Institute at the Woodrow Wilson Center.