Recent events on China’s periphery confirm that Beijing is playing a long game for regional dominance. 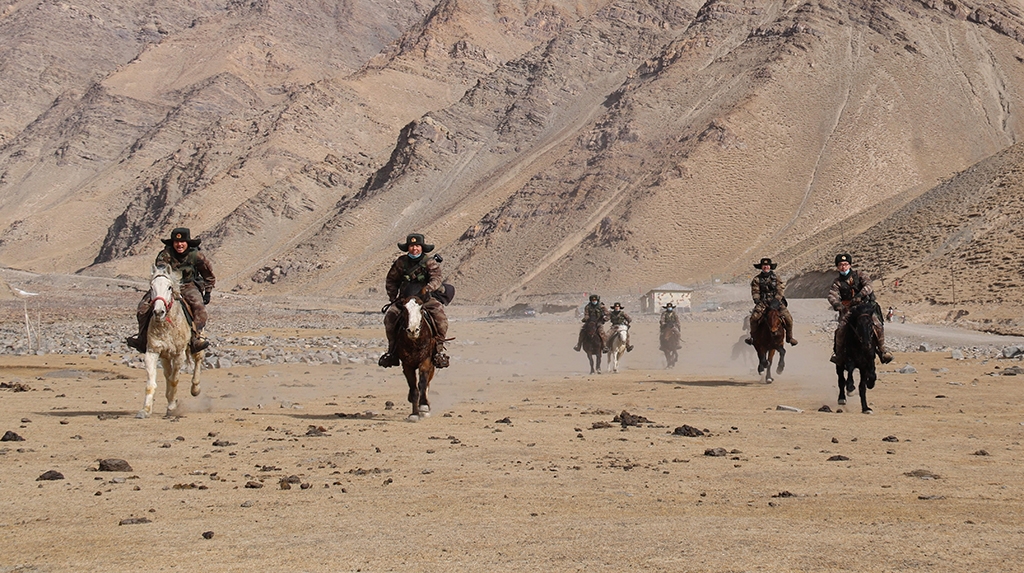 Throughout 2020, China’s neighbors have witnessed a more belligerent Beijing. A bloody confrontation with Indian soldiers, the sinking of a Vietnamese fishing boat, a testy diplomat in Kazakhstan angrily confronting grassroots activists. For Central Asians, the image can be jarring: Visiting Chinese dignitaries talk ceaselessly about “win-win cooperation.”

Back in the mid-2000s Beijing appeared concerned with the power it was amassing and officially adopted the “peaceful rise” policy. The goal was to reassure China’s neighbors as well as the United States that Beijing would not succumb to temptation and seek hegemony above all else. Instead, China would “transcend ideological differences to strive for peace, development, and cooperation with all countries of the world,” the Party advisor who designed the concept, Zheng Bijian, argued in 2005.

Things haven’t worked out that way.

Today China’s diplomats boast of their “wolf warrior” credentials. The term comes from a jingoistic action movie series that is hugely popular in mainland China, but the attitude dates to a 2019 memo in which President Xi Jinping asked Chinese diplomats to show a “fighting spirit.”

The wolf warrior phenomenon is best associated with current Foreign Ministry spokesman Zhao Lijian. Zhao is often credited with being the first Chinese diplomat to use Twitter to push China’s narrative when he was posted to Pakistan. In July 2019, when Zhao defended China’s detention camps in Xinjiang, former U.S. national security adviser Susan Rice called him a “racist disgrace.”

But Beijing’s posturing predates Twitter activism. The “wolves” should be seen as a symptom, not the cause of China’s assertiveness.

The roots lie in China’s grand strategy, what Avery Goldstein of the University of Pennsylvania calls “Rejuvenation” – not an official policy as much as a framework for understanding the driving force behind so many of China’s actions. After the Cold War, Beijing saw the opportunity to realize a century-old dream of restoring China’s political, economic and military dominance in Asia.

As the Politburo sees it, this can only happen by displacing the U.S. in Asia.

Beijing used the peaceful 1990s to become an indispensable economic partner to many countries and, in time, an economic powerhouse. Phenomenal economic growth propelled military modernization. This period, between 1992 and 2008, is often referred to as “hide and bide” for a famous dictum Chinese leader Deng Xiaoping gave Party officials in the early 1990s. Deng wanted China to focus on economic growth and “hide its capabilities” until the time was right to turn economic muscle into hard power. Seen this way, Beijing’s “peaceful rise” policy would appear to have been a ruse.

“Hide and bide” ended with the 2008 financial crisis. Most analysts now agree that Beijing interpreted the crisis as the beginning of the end of U.S. supremacy and evidence of the superiority of its own political and economic system.

Since then President Xi has made repeated calls for problems in Asia “to be solved by Asians,” and for the U.S. alliance system to be dismantled, calling it a Cold War relic – even though China greatly benefitted from the regional stability it provided. Since the financial crisis, the Party has also rejected international law in settling disputed maritime borders and pursued rapid militarization in the South China Sea.

Moreover, the fact that China has been using Laos and Cambodia as proxies to divide the Association of Southeast Asian Nations (ASEAN) over the South China Sea is telling: In 2012 the group was unable to agree on a Joint Communiqué for the first time in its history. Two years earlier, during an ASEAN-China summit in 2010, then-Foreign Minister Yang Jiechi wagged a finger and said: “China is a big country and you are small countries and that is a fact.” Such arrogance would have been unimaginable a few years earlier.

What lessons can Central Asia draw?

China’s relations with Central Asia are asymmetric, just as they are with Southeast Asia – in terms of economy, military and politics. This makes the region vulnerable, especially considering how traditional superpower Russia has retreated steadily for three decades.

This does not mean we should expect border clashes, or the kinds of confrontation witnessed elsewhere in Asia. China’s relations with each neighbor are unique, driven by historical experiences and other factors. But Central Asian leaders must be mindful that Beijing’s goal is the same from Vietnam to Tajikistan: regional dominance. China’s state-led investments and loans – whether Belt and Road or not – must be viewed not as “win-win,” but designed to put China on top.