Pursuing reforms while keeping skittish investors on side: Can Tokayev do both? 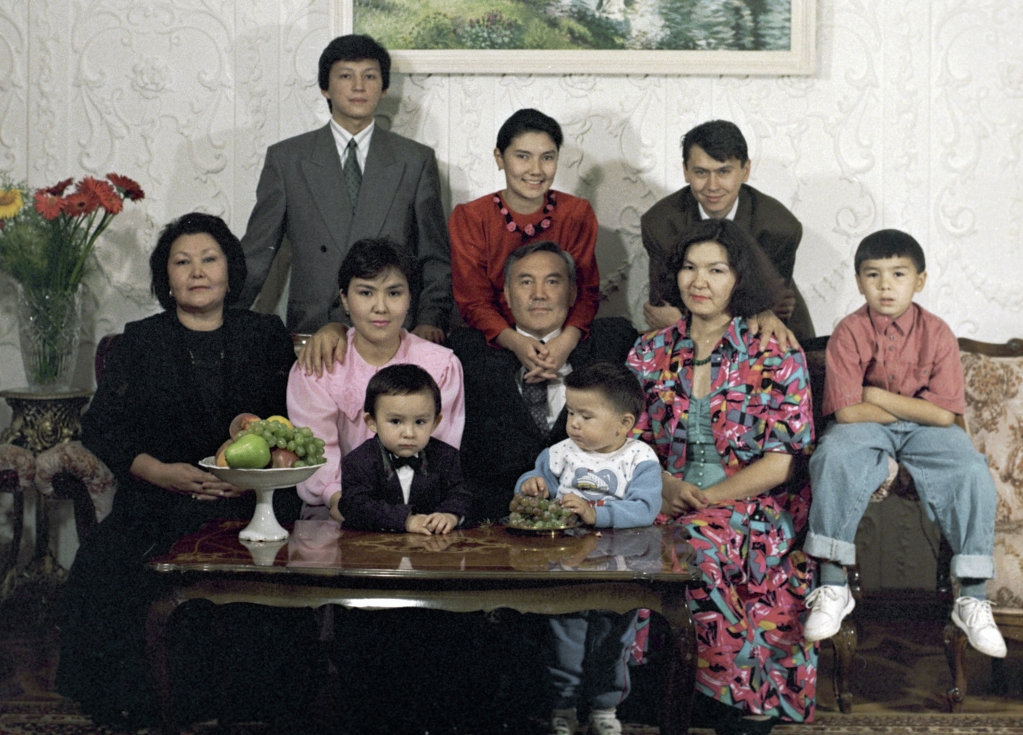 Is this goodbye? The Nazarbayevs in 1994. (RIA Novosti archive)

The Kazakhstan crisis this month will leave a stubborn mark on the nation’s economy and its standing in foreign capital markets.

After reestablishing control last week with the help of Russian paratroopers, President Kassym-Jomart Tokayev pledged to end corruption and improve stagnating living conditions. And he suggested he will do this by making the flush folks surrounding his predecessor and mentor, Nursultan Nazarbayev, share. Tokayev pointed to the “very rich people” in Nazarbayev’s circle and said, “The time has come to pay tribute to the people of Kazakhstan and help them on a systematic and regular basis.”

To put meat on his promise, Tokayev said he was ending a lucrative recycling monopoly linked to Nazarbayev’s youngest daughter, Aliya Nazarbayeva, the source of mounting frustration in recent months.

Samruk-Kazyna has faced suspicions for decades. Previously headed by Nazarbayev’s son-in-law Timur Kulibayev – like his wife Dinara, a member of Forbes’ billionaire list – Samruk-Kazyna is arguably the entity most closely associated with Nazarbayev’s economic system. It not only manages the nation’s energy wealth, but also serves as a holding company for many of the largest state firms.

The January 15 departure from Samruk-Kazyna of two Nazarbayev sons-in-law is the clearest indication of “de-Nazarbayevification” to date: Aliya's husband Dimash Dosanov quit his role as KazTransOil chairman and Dariga's rumored husband Kairat Sharipbayev stepped down as chairman of QazaqGaz (formerly KazTranGaz).

Nazarbayev and his family have vanished from public life since the tumult began, adding to concerns that a protracted behind-the-scenes power struggle could threaten the tens of billions that multinationals have poured into the country.

Investors will watch closely for pushback from Russia, where the Kazakh business elite is deeply entangled in the economy. Kulibayev has served on Gazprom’s board since 2011.

Another prominent Nazarbayev insider is Vladimir Kim, the largest shareholder in KAZ Minerals, formerly Kazakhmys. The mining giant has recently been at the fore of a push into the Artic, an arena with special importance to Vladimir Putin. Its chairman sat down with Putin last month to discuss the $8.5 billion project.

But any fallout for Kazakhstan’s billionaire class will stretch far beyond the former Soviet world, to UK courtrooms, international ratings and commodities markets.

This has been clearest in the uranium sector – with the initial unrest causing prices to jump. Kazakhstan is the world’s largest producer of the nuclear fuel. However, state-controlled uranium miner Kazatomprom has not been a beneficiary of the spike, instead seeing its share price slide.

Kazakhstan’s bonds have also dropped, though its sovereign Eurobonds still trade above par thanks to the country’s sizable reserves, high oil prices, and the global low-interest-rate environment. But these could suffer further under Tokayev’s plans for an economic overhaul – especially if Samruk-Kazyna, which only began issuing its own Eurobonds at the end of 2021 – is restructured.

There is evidence foreign investors and capital are wary. The central bank spent $240 million supporting the tenge on January 12 and 13 alonе, the most recent dates for which data is available. With Kazakh protesters’ anger in part driven by declining purchasing power, the central bank is likely to spend more. Its effort to check losses will grow even harder when the U.S. inevitably raises interest rates.

A question on investors’ minds is how far Tokayev’s reorganization will go.

Renaissance Capital's head of macro strategy, Charlie Robertson, "hope[s] Kazakhstan can demonstrate that even when some shaking up of ownership structures does happen in an economy, it does so without deterring foreign investors,” whom Tokayev has pledged to protect.

Indeed, there is a model to contain the fallout, says Paul McNamara, investment director at GAM Investments.

“In countries like Kazakhstan – as with Nigeria or Saudi Arabia – a corruption investigation is often not primarily aimed at rooting out corruption but is understood to be limited to removing those who aren’t aligned with the elite. If it remains a fairly mild dictatorship with different faces, the key oil and gas investors will believe they can cope,” McNamara said.