Perspectives | When will Uzbekistan get a truly independent trade union?

Uzbekistan's first modern trade union was founded a year ago, yet the troubles it has faced illustrate how comprehensive labor rights remain out of reach. 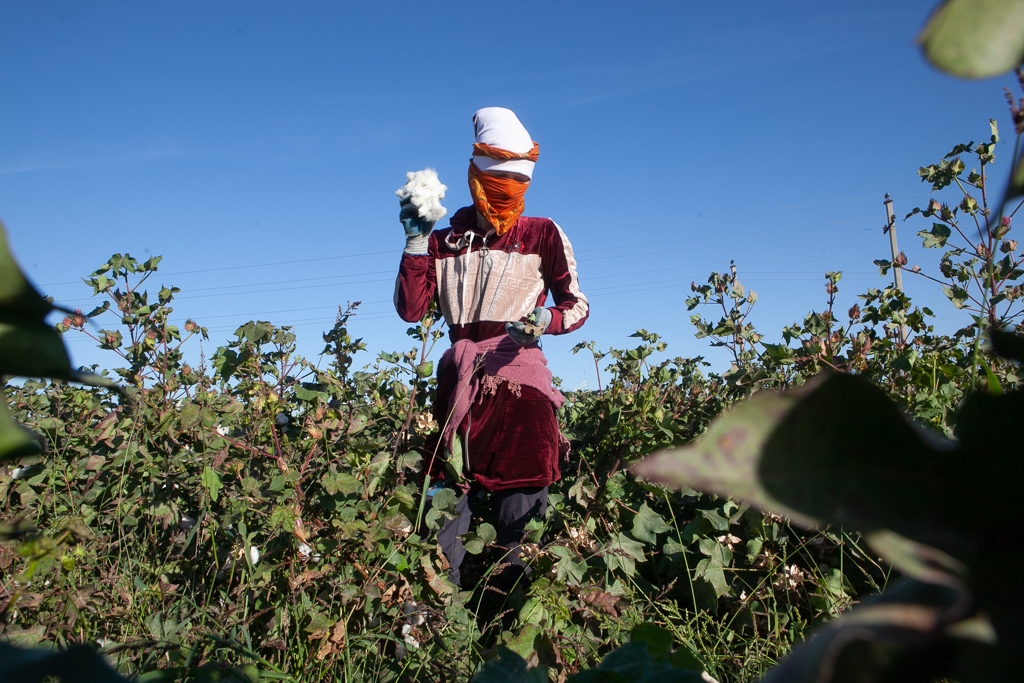 Cotton, which depends on a vast labor force, is one of Uzbekistan's largest industries. (David Trilling)

Trade unions in Uzbekistan have never served the interests of workers.

When he took power after the death of strongman Islam Karimov six years ago, President Shavkat Mirziyoyev promised a new era for labor, to introduce sweeping reforms that will protect workers from abuse and coercion. Though one so-called “independent” union was formed a year ago, members report crippling harassment. Comprehensive labor rights are still a long way off.

Under Karimov, the Uzbek trade union system mirrored its Soviet predecessor: a patronage network directed by the state and representing the interests of employers rather than workers. Soviet unions were centrally organized and known for offering workers vouchers for sanatoriums, the movie theater or other leisure activities. As in the Soviet system, Karimov-era trade unions had the power to collectively decide on the rights and obligations of employees – usually in the interests of central planners.

Independent, democratic unions were not allowed. The Karimov regime feared uncontrollable popular movements and democratic ideas that could threaten its monopoly on power. This ban also enforced and continued a Soviet economic ideology: the “extensive economic model,” which is based on the idea that output is driven solely by the quantity of input, such as labor, and assumes the workforce should be as large as possible and that employees should work to their absolute maximum ability. In short, the idea enables human exploitation. It is in opposition to the “intensive economic” model, which assumes that growth is driven by innovation, investment and quality education.

This ideology, coupled with the absence of independent trade unions, resulted in Uzbekistan having one of the world’s highest rates of child labor and forced labor – especially in the cotton sector, one of the country’s largest industries. In 2011, the U.S.-based Cotton Campaign – an alliance of human rights NGO’s, trade unions, and business associations along with 331 fashion brands – began to boycott the purchase and processing of Uzbek cotton. Uzbekistan’s isolation continued until Karimov’s death.

Weeks after he came to power in 2016, Mirziyoyev signed a decree to allow three or more workers to form their own trade union. Then, in 2020, he fundamentally expanded union rights by simplifying registration procedures, granting permission for unions to inspect working conditions, and abolishing production quotas.

Mirziyoyev was telling the world that business was going to be done differently in what officials had taken to calling the “new Uzbekistan.”

The following winter, in March 2021, cotton workers at Uzbek-Singaporean joint venture Indorama Agro in Syrdarya region, fed up with poor working conditions and low wages, formed the country’s first modern trade union, Halq Birligi (“People's Unity”). They were, one of the founders told me on condition of anonymity, encouraged by a local lawyer aware of Mirziyoyev’s labor market reforms. Within months, Halq Birligi counted more than 700 members.

Members of this bottom-up initiative quickly faced reprisals, however.

One day after the union was formed, for example, members began complaining of threatening phone calls and other intimidation from local authorities, the police and company bosses. The co-founder said the union could not organize a proper meeting because space suddenly became unavailable; when they adjourned to a café, the electricity mysteriously died.

The case of Halq Birligi illustrates that a legal framework often functions as an empty shell. That is especially true far from the center of power, in a feudal system that had become entrenched over decades. In this case, Mirziyoyev’s law did not protect against reprisals and intimidation.

According to the Berlin-based Uzbek Forum for Human Rights, Halq Birligi was quickly brought under control of the Federation of Trade Unions of Uzbekistan (FTUU), the parastatal body that took control of all union activity after independence. This summer, several senior officials close to Mirziyoyev left their government posts to join the FTUU leadership, revealing further entanglement between the state and trade unions.

The Halq Birligi co-founder insists absorption into the FTUU is helping the union establish itself. This source expressed hope, noting that employees are increasingly aware of their rights, while local authorities and employers in Syrdarya have more recently eased pressure on the group.

Yet a few days later, late last month, another person at Halq Birligi contacted me to share documents purporting to show that Indorama Agro had withheld salaries from numerous employees. Many others have been dismissed without notice, the documents say.

In a statement emailed to Eurasianet, Indorama insisted it “doesn’t stop payments on adhoc basis” and denied any “ACTIVE” [sic] employees had had salaries withheld.

The international community is eager to embrace Uzbekistan’s reforms. In the weeks after Halq Birligi failed to hold its founding meeting, the EBRD and IFC signed agreements to provide Indorama Agro with loans totaling $130 million. In early 2022, the Cotton Campaign lifted its boycott of Uzbekistan, offering new market opportunities and an incentive to adhere to international standards. And this month, the U.S. Department of Labor pledged $2 million to “build the capacity of local cotton businesses to adhere to international labor standards and enact effective labor compliance systems.”

By relaxing restrictions and offering access to capital, these Western groups believe they are nudging Uzbek authorities in the right direction. The international kudos offers incentives for Tashkent to continue reforming.

No doubt reforms are happening all over Uzbekistan. But the case of Halq Birligi is a reminder that root-and-branch reforms are harder to accomplish than passing laws in a rubber-stamp legislature. Until another union attempts to form in Uzbekistan, it is too early to say if Mirziyoyev’s union reforms are real or a mirage.

Svenja Petersen is a Berlin-based political economist and researcher focusing on the former Soviet Union.