Rigged elections have created political crises in two other post-Soviet countries this year, leaving Nur-Sultan edgy ahead of a parliamentary vote. 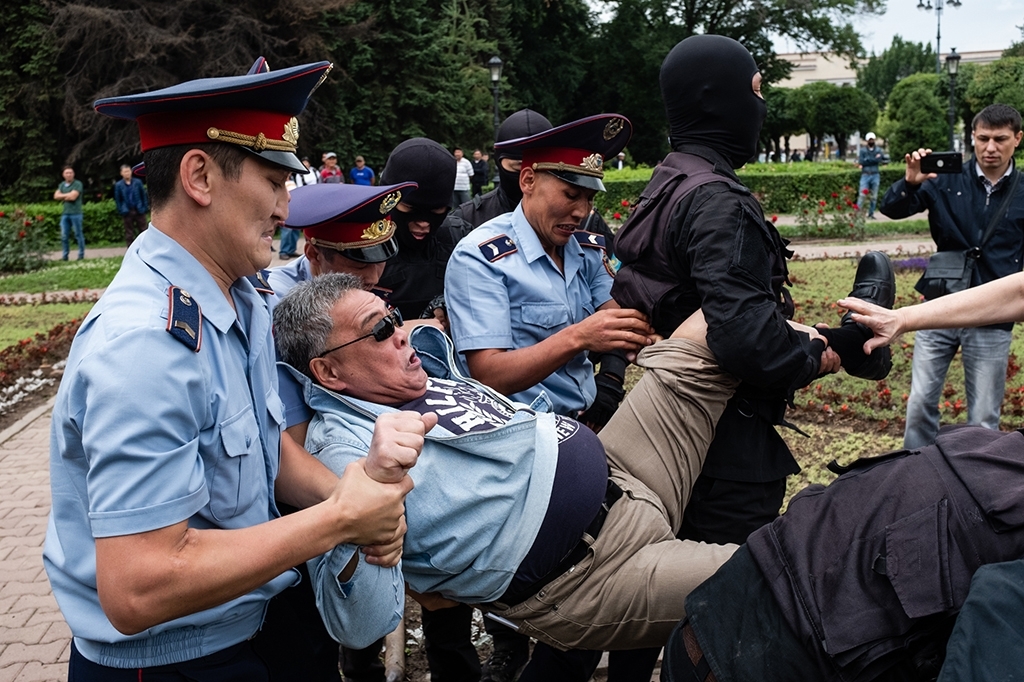 Kazakhstan does democracy a lot like Belarus and Kyrgyzstan: carefully and following a script.

So Nur-Sultan is watching nervously as what should have been routine box-ticking exercises in both countries recently went off the rails. Since early August, hundreds of thousands of Belarusians have marched peacefully, demanding to see the back of their dictator, who claimed a sixth term with an improbable 80.1 percent of the vote. In Kyrgyzstan, chaos and a power vacuum followed blatantly falsified elections for parliament earlier this month.

While elections to the Kazakh parliament’s lower house, the Mazhilis, on January 10 are unlikely to be as contentious or catalyze the level of mobilization seen in Belarus and Kyrgyzstan, the powers-that-be in Nur-Sultan would rather they didn’t have to hold the vote in the midst of such regional upheaval, not to mention the ongoing pandemic. (The timing is demanded by the constitution, though this is the first time in 16 years that elections are happening at the end of parliament’s five-year term, rather than being popped early by the ruling power on an unprepared opposition.)

Kazakhstanis have not failed to notice events in Belarus and Kyrgyzstan.

Some have taken to social media to condemn Minsk’s brutality. For instance, well-known actor Nurtas Adambay voiced his solidarity with the protesters, denouncing President Alexander Lukashenko and endorsing opposition leader Sviatlana Tsikhanouskaya as a “symbol of the struggle for freedom.”

The tempo of events that unfolded this month in Bishkek, where a mob seized government following post-election protests, astonished many Kazakhstanis. President Kassym-Jomart Tokayev channeled the disquiet, warning that the “chaos and devastation” next door in Kyrgyzstan will lead nowhere and proposing some vague reforms to mark the 30th anniversary of independence next year.

But Kyrgyzstan is impoverished and divided to a degree inviting little parallel in Kazakhstan. Belarus is the more apt comparison.

Like Belarusians, Kazakhstanis are increasingly informed about events in the post-Soviet space, becoming politically active and braver. Urban educated types participated in local protests last year after Tokayev was appointed president, and again a few months later when a choreographed election enshrined his rule.

Kazakhstani activists have even been inspired by grassroots efforts in Belarus to track electoral fraud. Some are developing projects to coordinate the work of independent election observers. Others are working with Pavel Liber – a founder of the celebrated Belarusian electoral fraud-tracking platform Golos – who is helping them create a similar website.

The Mazhilis elections will also take place during the COVID-19 pandemic. When the health minister recently suggested online voting might be necessary, activists rallied, fearful that such a method would be fertile for fraud. The head of the Central Election Commission later ruled out online voting, noting that such procedures are not spelled out in the Constitution.

Another curfew to combat the pandemic is possible. Under such a scenario, the authorities could justify a ban on political rallies. Almaty’s chief doctor already warned that public rallies may be prohibited. But while authorities may see another lockdown as a way to keep people off the streets, they also know it could spark yet more indignation and anger at the government’s handling of the pandemic. COVID has exposed the fragility of Kazakhstan’s healthcare and social protection systems, and may put 800,000 people at risk of slipping into poverty, the World Bank has warned.

The January Mazhilis elections are the first to be held since Tokayev – who has painted himself a political reformer – assumed the presidency. But few of his promises have translated into meaningful reform. Most notably, a new law on holding rallies, which authorities say will make it easier for people to demonstrate, has failed to live up to expectations. A bill ensuring that 30 percent of seats go to women and young people is a nice gesture, but the bill on the “Parliamentary Opposition,” with its promise to empower “alternative” political parties, is just cosmetic. Critics say these measures are whitewash for a rubber-stamp legislative body under the thumb of Kazakhstan’s executive.

Activist Zhanbolat Mamay – who was prevented by the government earlier this year from registering his Democratic Party – shares this skepticism, calling the upcoming poll “elections without a choice.” Similarly, political scientist Dastan Kadyrzhanov claimed that the electorate is deprived of even an “illusion of choice.”

It would be rash to expect unrest in January – a bitterly cold month in Kazakhstan. But mounting socio-economic hardships coupled with growing political activism make the risk of miscalculation higher than normal for Nur-Sultan.