Perspectives | Why Uzbekistan does not fear a "Kazakh Winter"

Uzbek insiders think they can avoid Kazakh-style unrest, but they’re not taking any chances. 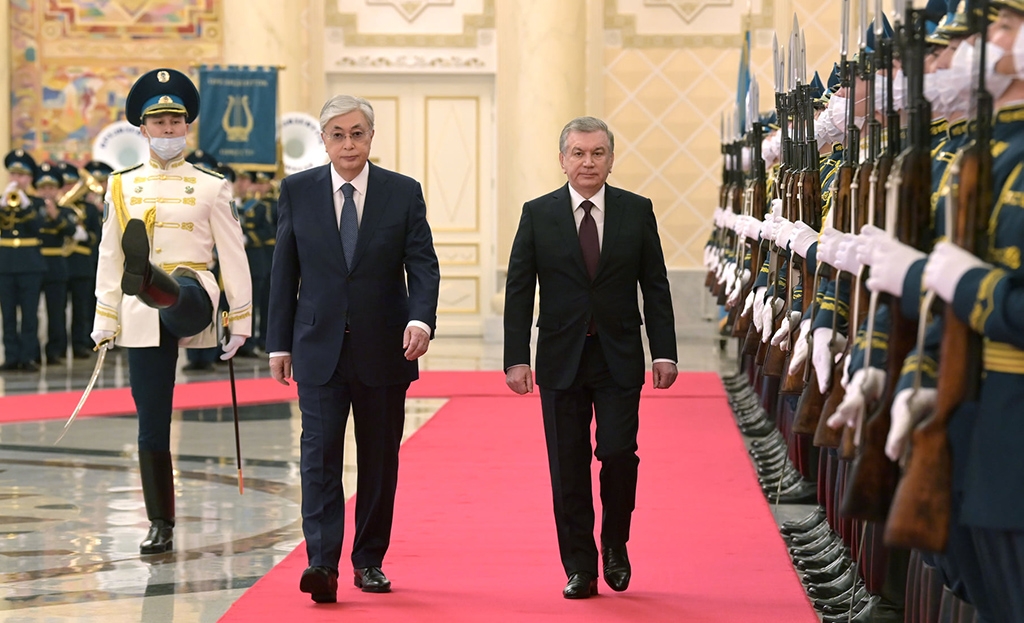 Officials in Central Asia’s most populous country are spooked by the unrest across their border. At the start of 2022, Kazakhstan appeared stable, prosperous, and independent; within a week, its largest city was in flames, its security boss was in jail, and Russian troops were guaranteeing the president’s power.

All of this is a nightmare come true for Central Asia’s other authoritarian leaders. But do they face the same risks?

Kazakhstan’s neighbors share many of the same features that sparked peaceful protests that began in Mangystau region on January 2 over fuel prices and a lack of political participation: yawning economic inequality, bogus elections, and corruption. Throw into that mix a host of other social ills – a bulging young population, unemployment and skyrocketing inflation – and it would seem only a matter of time before chaos engulfs these countries too.

A closer look, however, reveals that there are significant differences between Kazakhstan and its neighbors.

One lies in political succession and ruling elites’ legitimacy. The seeds for the Kazakh turmoil were rooted in the 2019 power-sharing arrangement wherein President Nursultan Nazarbayev stepped down, after almost 30 years, to hand nominal power to his apprentice, Kassym-Jomart Tokayev, while retaining control over the security forces. The transition, initially hailed as a model for a stable authoritarian changeover, created multiple centers of power and crippled the central government's capacity to respond effectively to public disturbances.

"What kind of political transition is it when the president is not in charge of the army and the security forces? It’s a joke,” said a former advisor to the Uzbek Cabinet of Ministers. “It won't happen in Uzbekistan."

Some Kazakh political observers agree: Preoccupied with the struggle for power and resources, Tokayev's administration, Nazarbayev's family and Nazarbayev loyalists in government pursued opposing agendas, and lost sight of the mounting grassroots anger.

The former Uzbek Cabinet advisor, speaking on condition of anonymity, acknowledges there is elite infighting in Tashkent, but he points out that, since assuming power at the death of Islam Karimov in 2016, President Shavkat Mirziyoyev has concentrated all political, security and economic power in his own hands.

The second difference is related to the economy, namely the distribution and management of wealth and resources. Like in Kazakhstan, much of the wealth in each of the Central Asian republics is concentrated in the hands of a small elite close to the president's family. In Kazakhstan, this fueled protests by disenchanted and impoverished residents from remote regions. Uzbekistan certainly has inequality, but it is less blatant, while the government continues to maintain a Soviet-style safety net and price controls. Economy Ministry data indicate that government social spending – including education and healthcare – has grown in recent years, from a rate of 2 percent in 2015 to 36 percent by 2020. State-run enterprises still dominate the economy, providing employment to a large share of the population, ensuring loyalty to the state.

Under Nazarbayev, the Kazakh government privatized much of the economy, ceding control over lucrative oil and gas concerns to private investors who run them from London and New York. So when subsides for LPG, which many drivers use in western Kazakhstan, ended on January 1 and the price at the pump doubled, many felt the authorities had taken from them only to enrich a far-off elite.

In Uzbekistan, the former Cabinet official said that the government would not allow some private companies to set prices for crucial commodities such as oil and gas. "This would lead to chaos," he said.

It also helps that many potential Uzbek, Tajik and Turkmen troublemakers – young, unemployed men – have been forced to leave the country to work as labor migrants in Russia and elsewhere.

A third key difference is societal control. Uzbekistan, like Tajikistan and Turkmenistan, are deeply penetrated by state security services. Dense networks of agents and their informants operate at all levels of society, from the mahalla (neighborhood) to state-owned companies. Ironically, due to relative political and economic liberalization in Kazakhstan and Kyrgyzstan, these countries are less saturated with informants. Given Tokayev's outbursts at the National Security Committee for failing to preempt the unrest, it seems likely he will expand the reach of the security services.

The legacy of government heavy-handedness against peaceful protests also plays a role. In Uzbekistan, memories of the 2005 Andijan uprising – in which hundreds of protestors were killed by the Uzbek military – serve as a deterrent for would-be protestors.

Still, for all its confidence about its ability to handle unrest, Tashkent is clearly unnerved by events in its giant neighbor. There are already signs that the government is scrapping planned market reforms to utility prices while also ending gas and electricity exports to better meet the needs of domestic consumers during a season of blackouts. It has also relied on old-fashion authoritarian muscle, warning bloggers and journalists not to discuss the unrest in Kazakhstan.

The devil you know

In the aftermath of Kazakhstan riots, Uzbekistan’s leaders are facing a quandary. Russia is again pushing Tashkent to join the Collective Security Treaty Organization (CSTO) – which sent the largely Russian peacekeepers at Tokayev’s request – to preserve stability. Western governments are insisting that unless they liberalize their politics and economies, they will continue to face social strife.

Conversations with government insiders in Tashkent indicate they will listen to neither. They say the region is not yet ready for Western-style democracy. Political reforms would entail opening the economy and politics to newcomers, a prospect that the current elites are unwilling to accept. Mirziyoyev has made much of his drive to privatize, but that is largely PR to bolster his image as a reformer; it will now slow even further.

The Uzbek and Turkmen governments, which were unenthused about Tokayev's decision to invite the CSTO, will not join anytime soon. But as a Dushanbe-based analyst privately reasoned, if things really go bad, they'd rather sell their soul than be chased from power and imprisoned.

The big question in Central Asia, at least for the foreseeable future, is if Tokayev can exert his independence from Moscow.

Commenting on the CSTO's involvement in Kazakhstan, Uzbek analyst Farkhod Tolipov said: "If, after all this, Kazakhstan's multi-vector diplomacy turns into a single Russia-oriented foreign policy, this is a risk – not to Uzbekistan, but to the integration process in Central Asia. Kazakhstan will be expunged from integration in its own region."