As the only major power at the table, China sets the agenda. 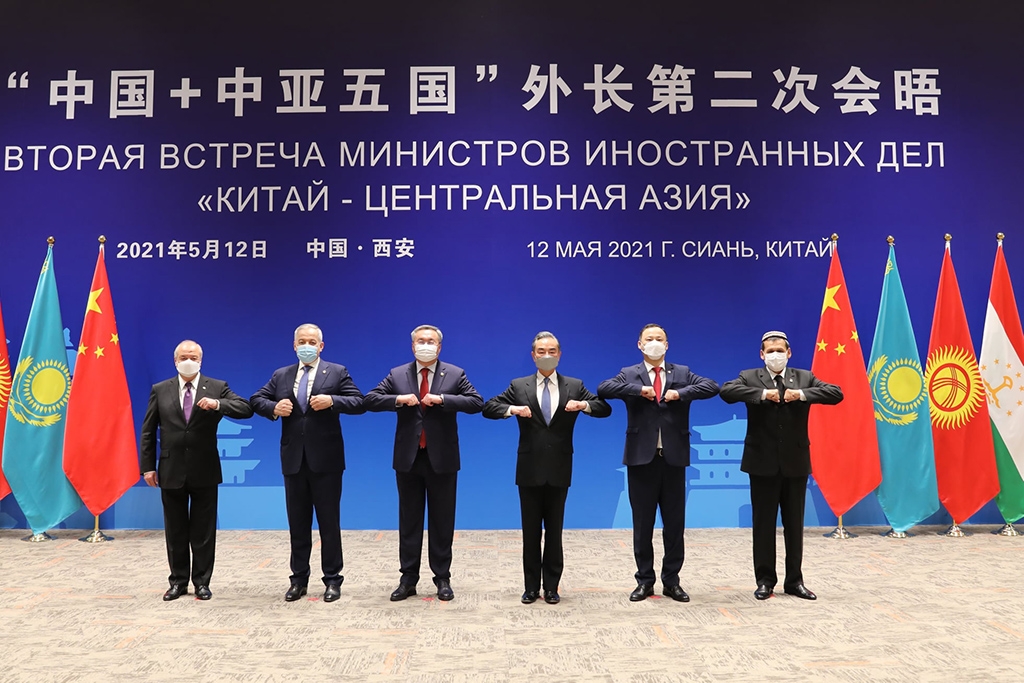 At gathering last week in central China, Foreign Minister Wang Yi promised his Central Asian counterparts all sorts of investments and new initiatives. But nothing on his list promises to be as symbolic as the nature of the meeting itself.

Held in Xi’an, the traditional starting point of the ancient Silk Road, the May 12 get-together was the first time the foreign ministers of the six countries met in person without other mediators. (The group met online last July, for a conclave that looked like a dress rehearsal.)

The meeting signaled a new chapter in how Beijing approaches Central Asia: Confidently, and with little concern for what Russia thinks.

Top of the agenda was Afghanistan. The timing – the meeting was announced only two days before – was almost certainly influenced by President Biden’s decision last month to withdraw from Afghanistan. With U.S. forces departing the region, China’s stakes in Central Asia are now higher for two reasons.

First, the world is outraged by Chinese policy in Xinjiang, where reports of forced labor, internment camps and demolished mosques are undermining Beijing’s image and breeding resentment in the Muslim world.

Second, China now has the Belt and Road to protect. The BRI depends on the stability of the Eurasian hinterland. To that end, Beijing has been trying to contain potential spillover from Afghanistan by opening an outpost in Tajikistan and training a so-called “mountain brigade” to patrol the Wakhan Corridor, the thin slice of Afghanistan bordering China. Beijing has also apparently stepped up its espionage inside Afghanistan.

So it is not surprising that one of the main outcomes of the meeting in Xi’an was a joint statement of concern on Afghanistan’s rapidly deteriorating security, underscoring China’s push to coordinate a common position with the Central Asian countries. In this regard, it’s worth keeping in mind Washington’s current efforts to open a base in Tajikistan or Uzbekistan, something guaranteed to irk Beijing.

As the only major power at the table, China set the agenda, announcing new initiatives and coordinating policy responses with all five countries at once without having to compromise with other regional players. This is new, and comes at a time when some analysts believe the Shanghai Cooperation Organization – a forum where Moscow and Beijing together meet most of the region – is in “deep crisis.”

In many ways, policy coordination and cooperation through smaller groups of countries is the zeitgeist of the current era. The Quad is a good example. This U.S.-led group including Japan, India and Australia tries to check China’s maritime ambitions in the Indo-Pacific. Moreover, by being the latecomer to the +C5 format (Japan, the EU, the U.S., India and Russia have all done it), Beijing has effectively protected itself from Kremlin ire.

However, the China+C5 grouping should not be seen in isolation.

It comes on the heels of similar “minilateral” initiatives Beijing has recently launched. Each is a hand-picked group of countries friendly to China; taken together, these serve as a new tool to help Beijing manage its borderlands.

As elsewhere, the content of the meetings matters as much as the symbolism

In Xi’an, China promised a number of new projects, further boosting cooperation in areas spanning archaeology and agriculture, health and education, trade, energy and transportation. Beijing also promised to help Bishkek with its debt pile and encouraged Kyrgyzstan to approve a railroad tying China directly to Uzbekistan. With each project comes an agreement; with each agreement the region is more closely aligned with China.

While pushback from local civil society should not be discounted – and public support is far from guaranteed – it is now hard to envision a structural obstacle that would block China’s steady march into Central Asia.

There is little hope for a BRI alternative; there is no Quad-like coalition coming to aid the region. Instead, it is becoming increasingly apparent that we are witnessing a unipolar moment in the heart of Asia.