An American photographer in Yerevan finds volunteers everywhere. Even digging the graves. 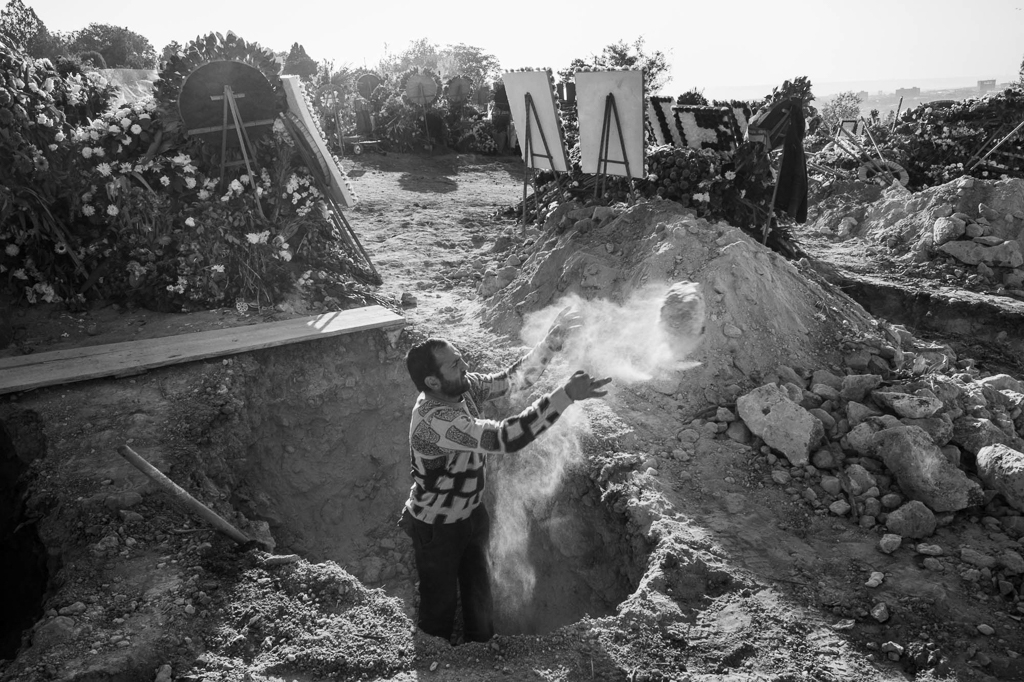 Photographer Winslow Martin has been watching Armenia rally since war with neighboring Azerbaijan restarted on September 27: the mobilizations, volunteer efforts, and funerals.

Fighting over Nagorno-Karabakh and surrounding territories – internationally recognized as belonging to Azerbaijan but populated by ethnic Armenians – is the worst since a ceasefire in 1994. By some accounts, half the civilian population has fled to Armenia.

In Yerevan and surrounding towns, families are housing the refugees as they send their own sons off to war.

Martin, who has been photographing in Armenia for 21 years, has been impressed with the “spirit of cooperation and unity” he has seen: “food, a place to stay, dentistry, even volunteer gravediggers.”

Though in recent days “people are starting to get really scared, their determination is stronger than sorrow.” 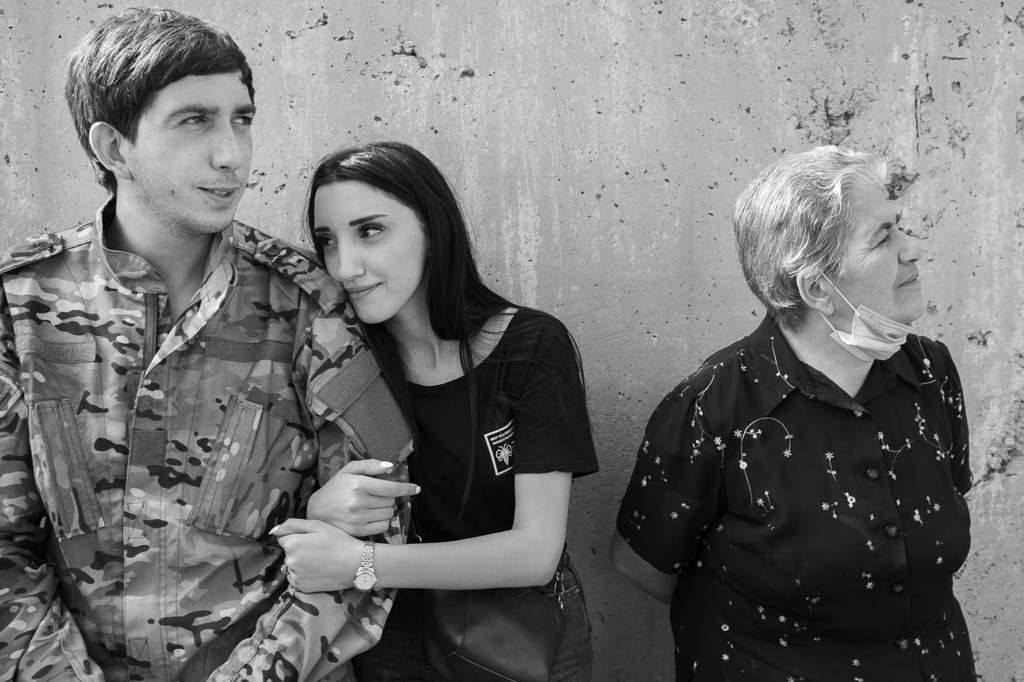 A volunteer says goodbye to his girlfriend and grandmother during a mobilization event in Yerevan. 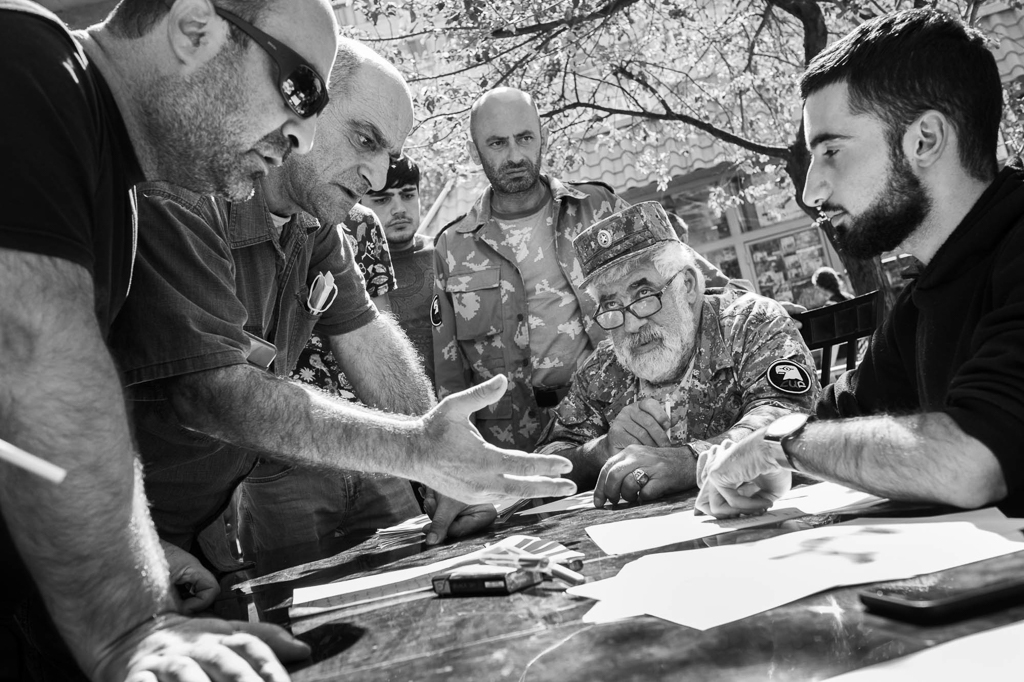 Veterans from previous wars review volunteers’ qualifications. These men belong to an organization called the Armenian National Army, which helps organize the mobilization. The group should not be confused with the Armed Forces of Armenia, which operate under the Defense Ministry. 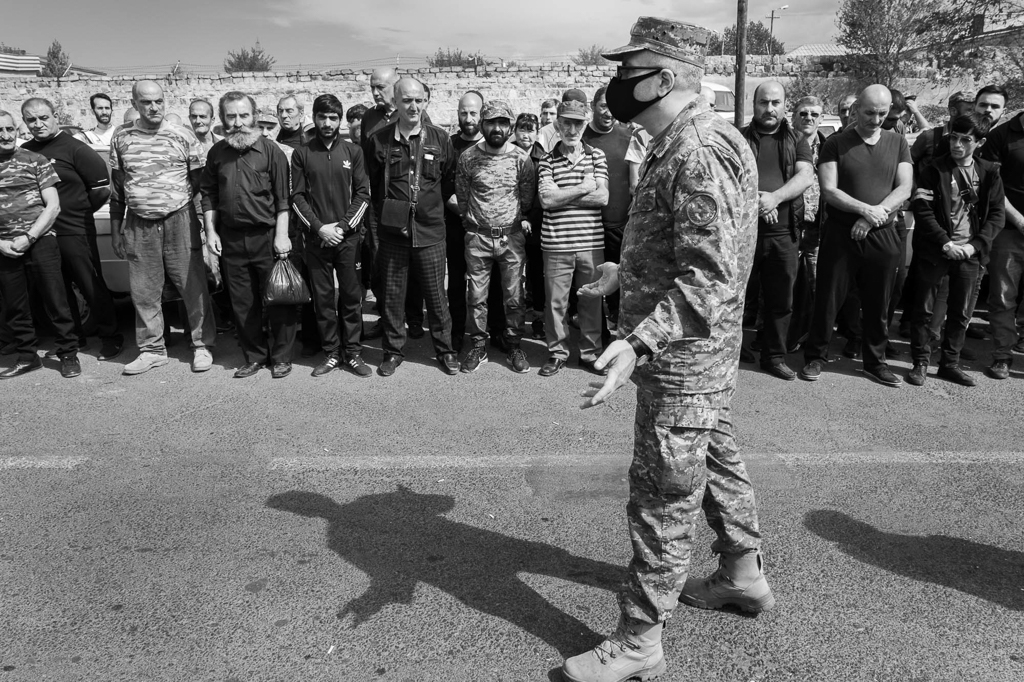 In late September, a general tells volunteers that the army does not yet need them at the front lines. They have since departed. Now men in their 40s are being sent into combat. 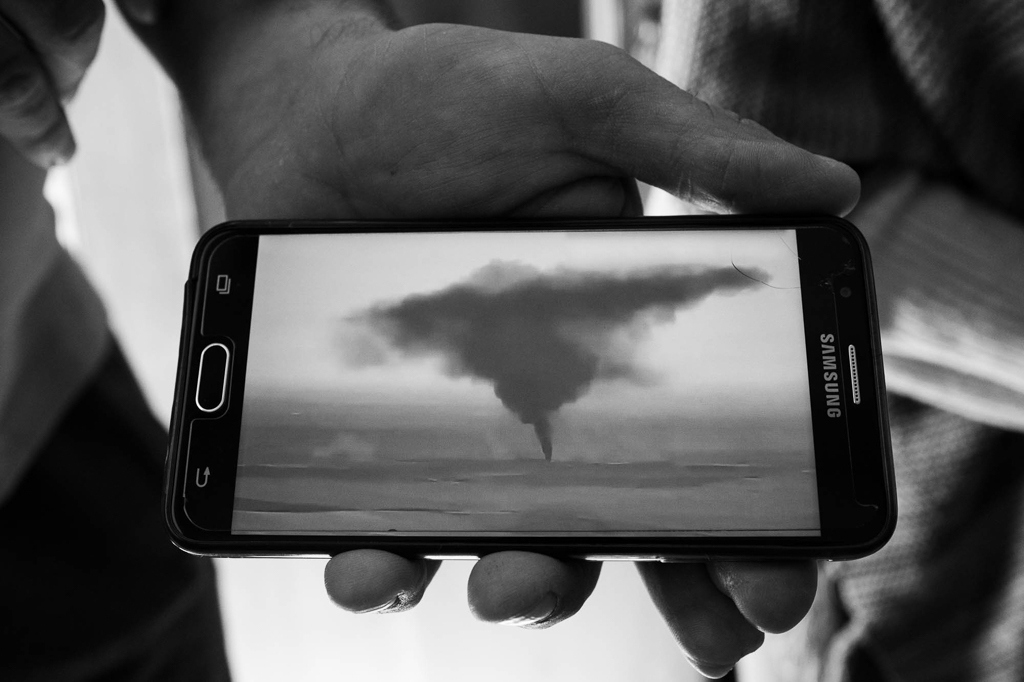 A refugee from Nagorno-Karabakh shows a video of an explosion on his phone. 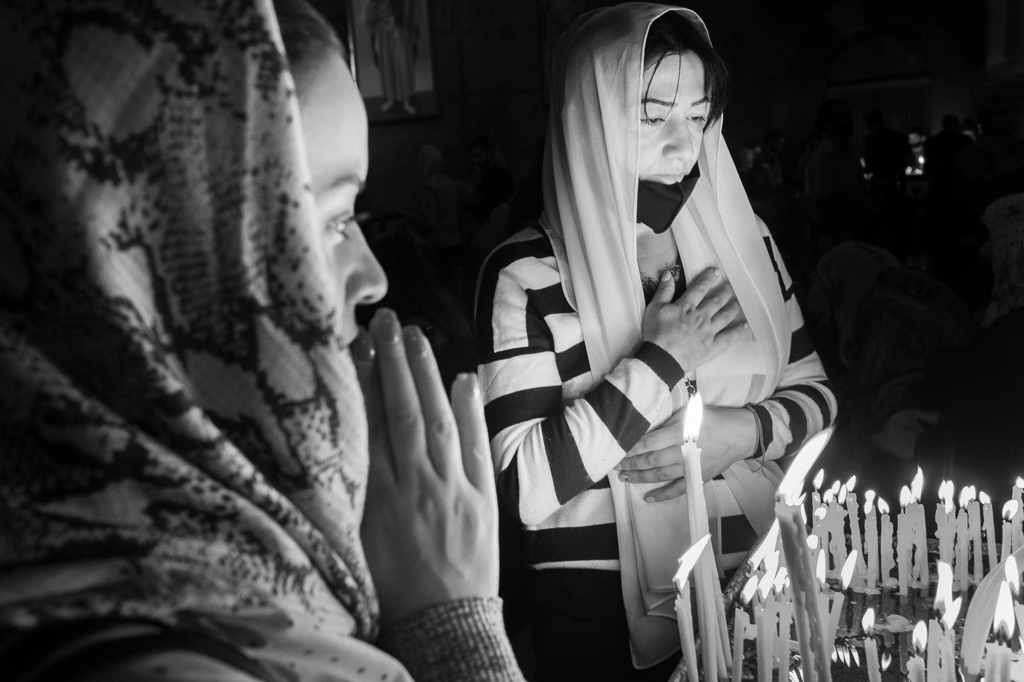 Women light candles in Etchmiadzin, the seat of the Armenian church, during a national hour of prayer on October 3. 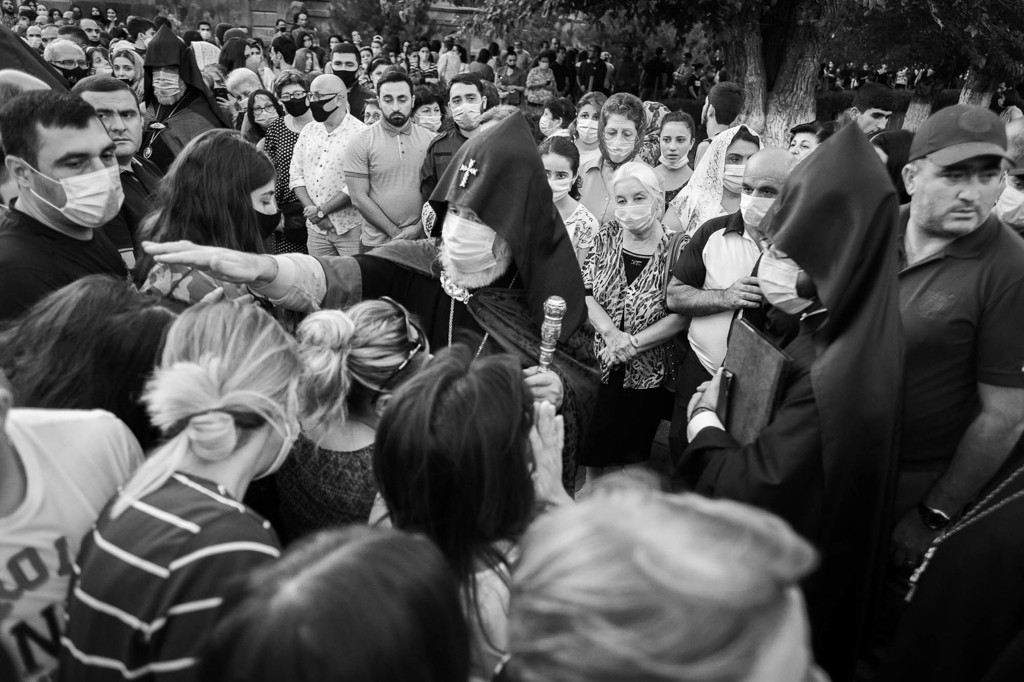 Catholicos Karekin II, the head of Armenia’s church, offers his blessings in Etchmiadzin during a national hour of prayer on October 3. 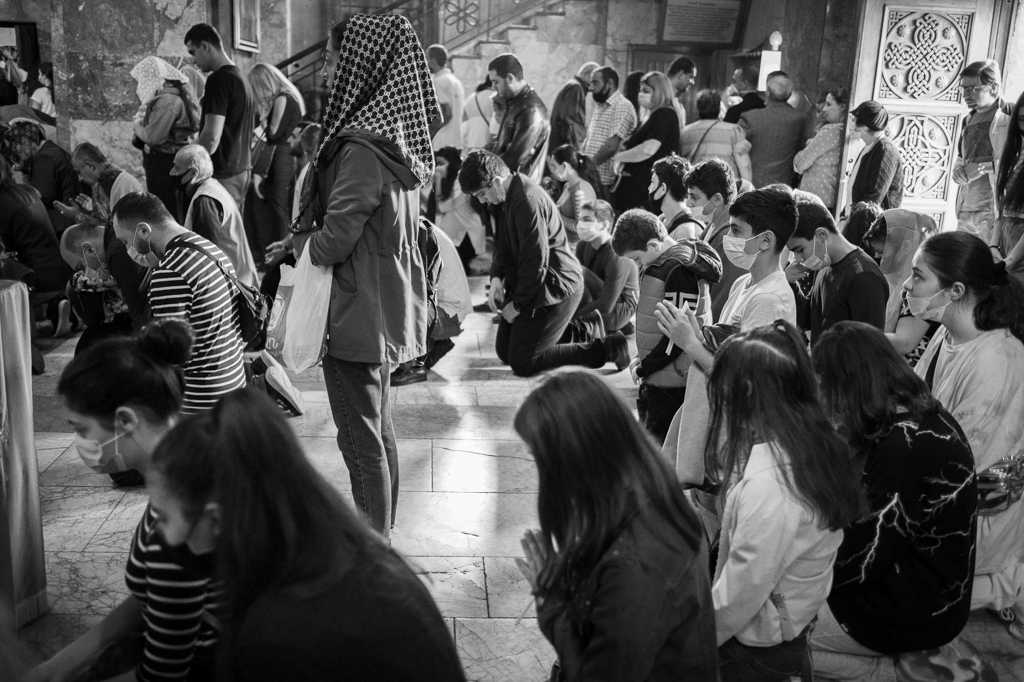 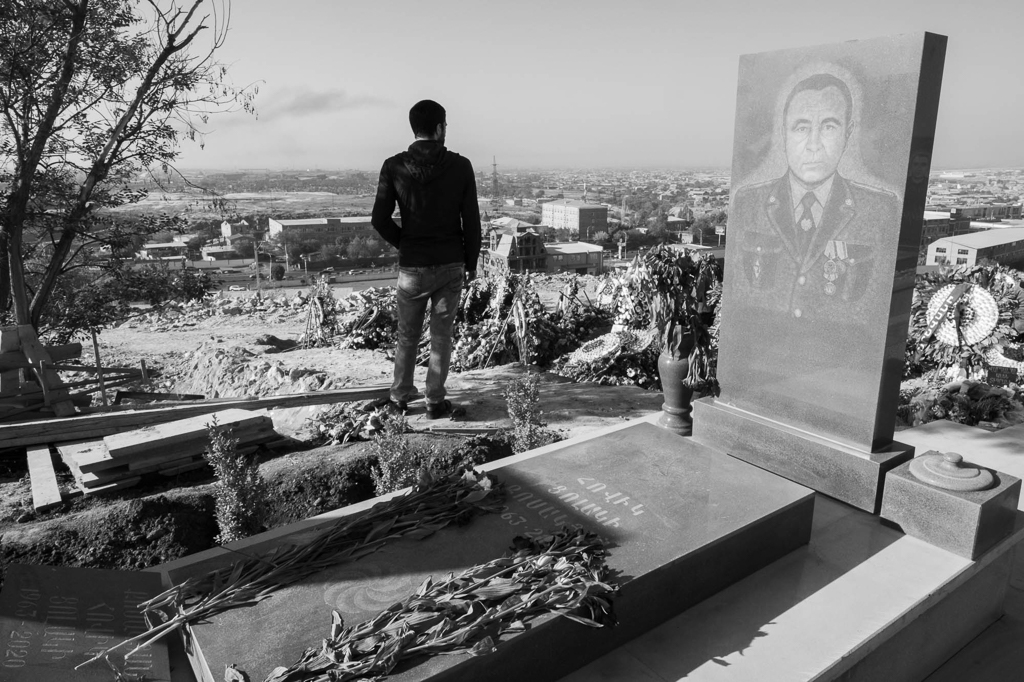 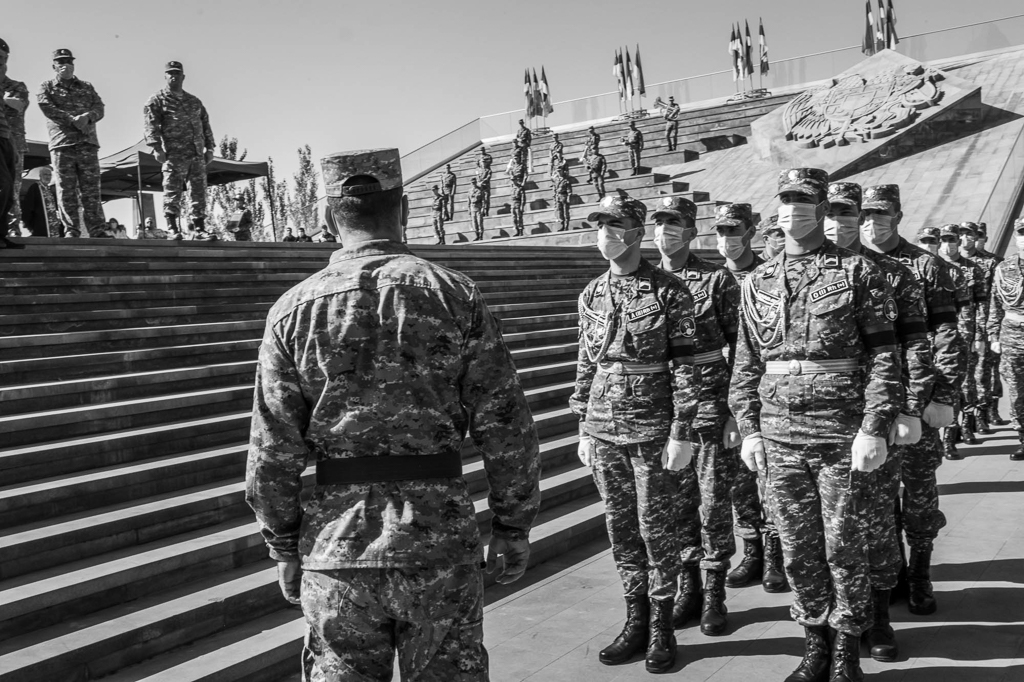 Soldiers stand at attention during a funeral at Yerevan’s Yerablur Cemetery. The military cemetery holds multiple burials every day. 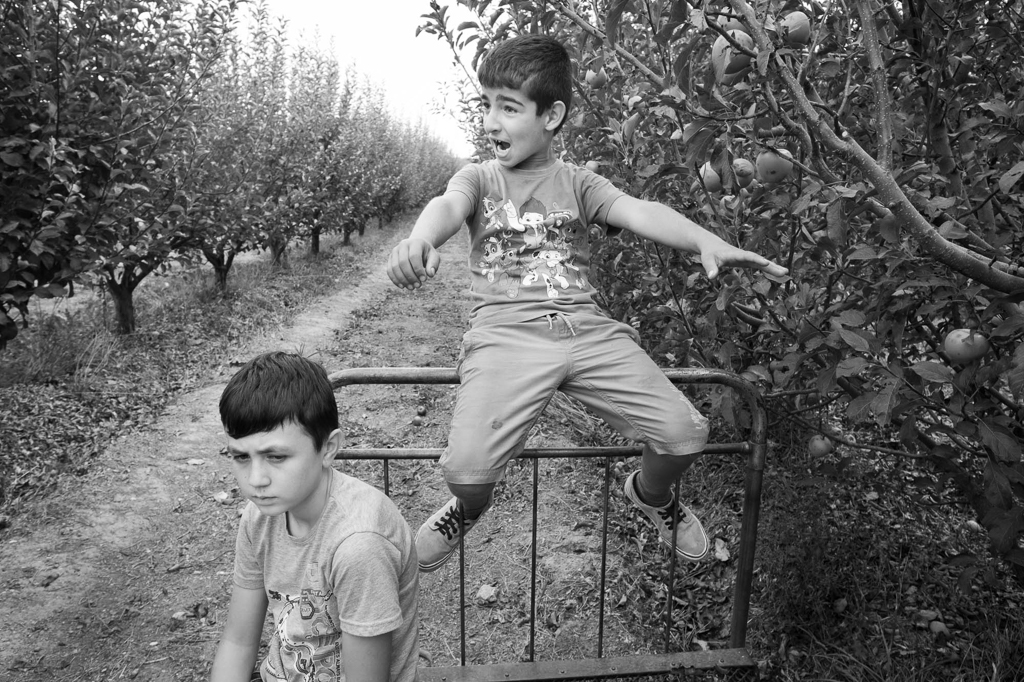 Two refugee boys from Karabakh are living with a family at an apple orchard in Karpy, a village near Ashtarak.

Karabakh’s de facto president, Arayik Harutyunyan, appealed to residents on October 15 to return home: "Today our homeland needs our protection more than ever before. First, you have no moral right to leave your homes, grandfathers' graves, and your children's future unprotected," Civilnet quoted Harutyunyan as saying. "Come back before it's too late, because your actions will be assessed by the people and by history." 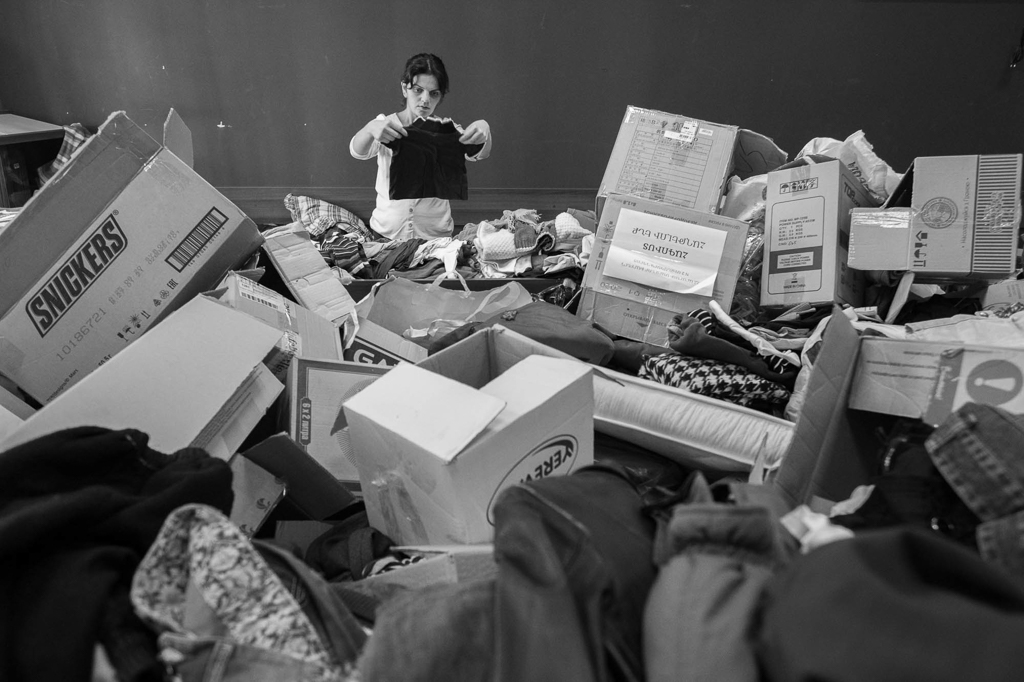 A refugee sorts through clothing donations in the Massis town hall. 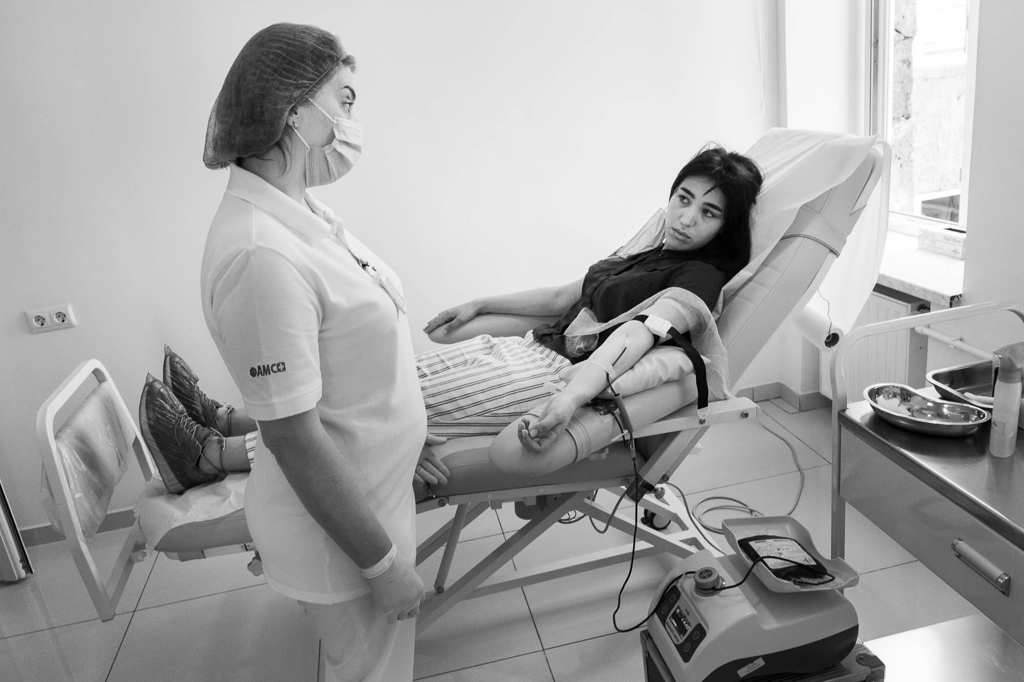 At the Astghik Medical Center in Yerevan a woman donates blood for soldiers. 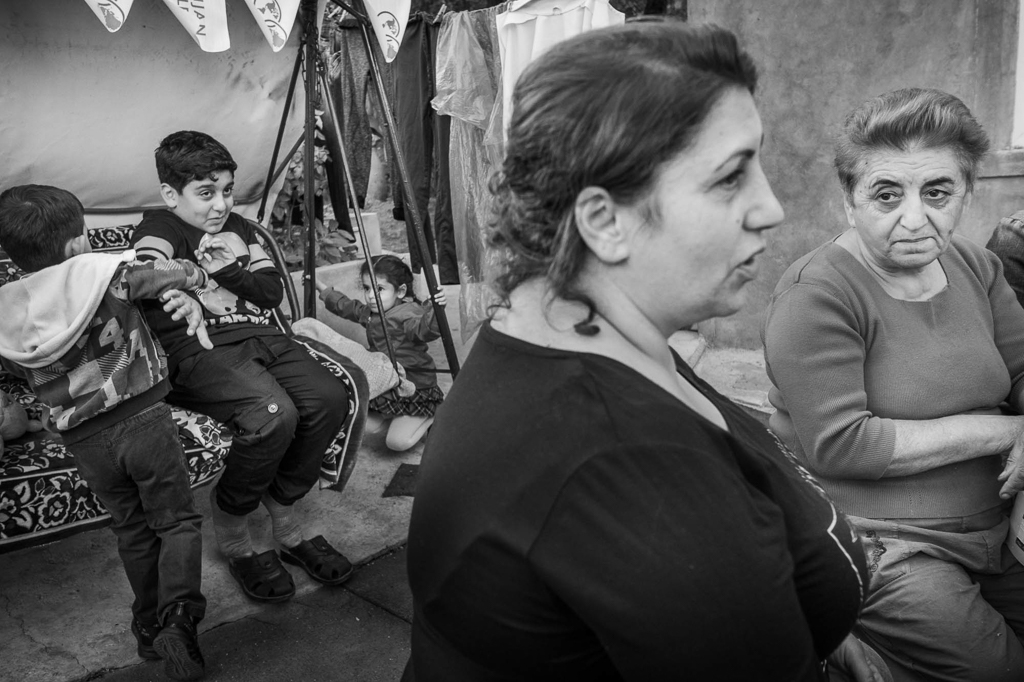 A family in Yerevan celebrates the matriarch’s birthday. In the foreground her daughter speaks about her son on the frontlines. 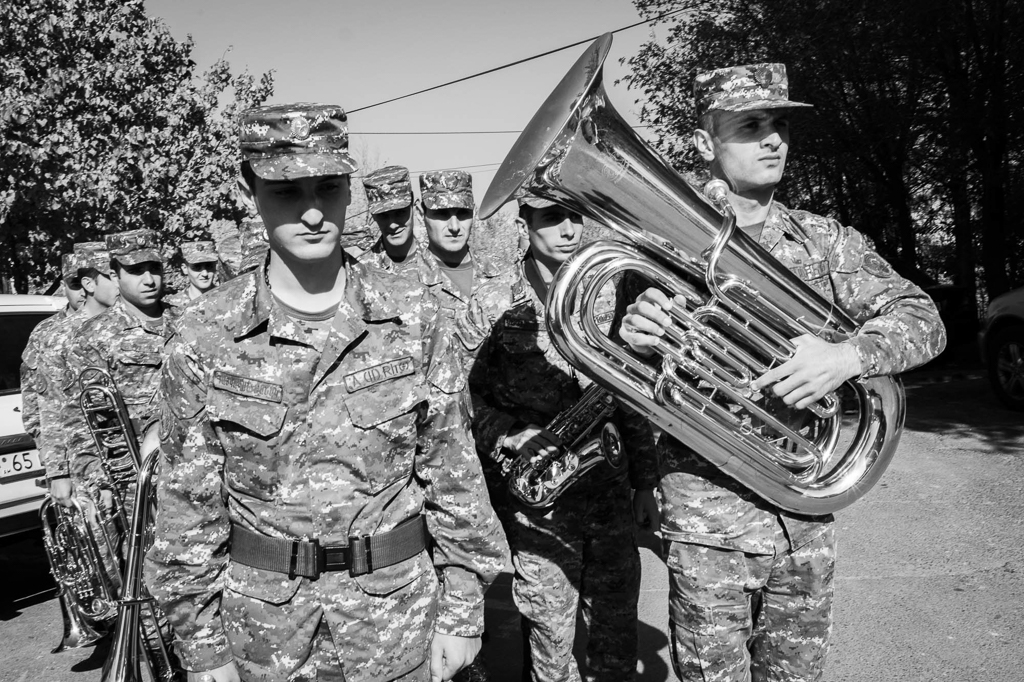