Photo essay | Tajikistan’s Pamirs, ignored at “the roof of the world” 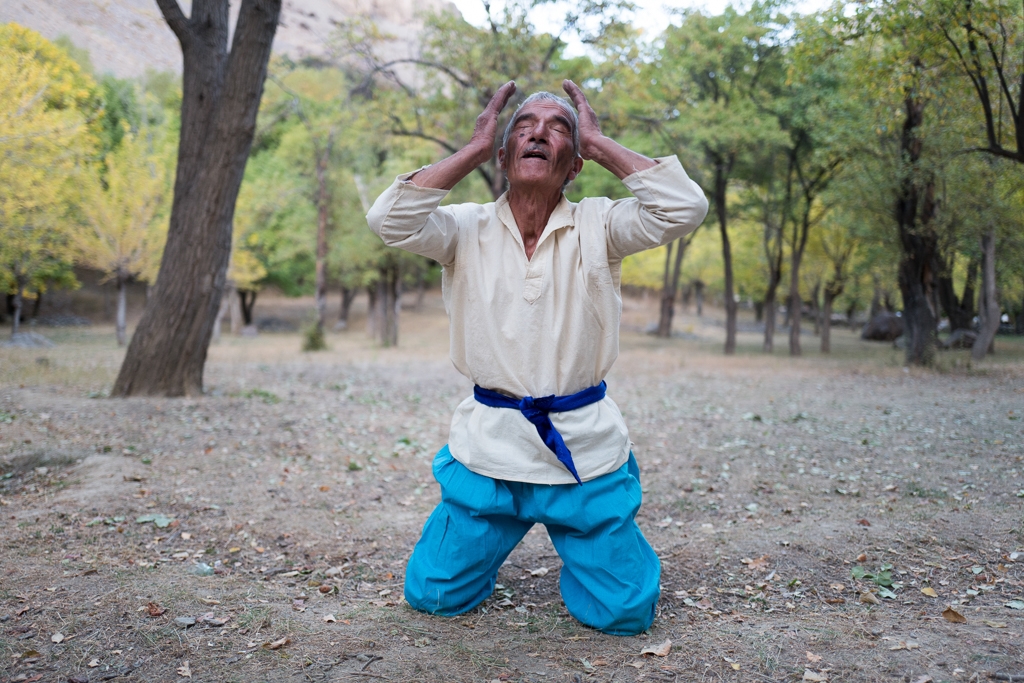 Many rituals of the Ismaili Muslims are gradually disappearing, such as this dance for the dead. (All photos by Mario Heller)

Tajikistan is the poorest country to emerge from the Soviet Union. And Tajikistan’s vast Pamir mountain region, known as Badakhshan, is poor by Tajik standards – its shredded roads often impassable, jobs scarce. Many believe the government in Dushanbe ignores this region sandwiched between Afghanistan, China and Kyrgyzstan because the people practice a different faith and speak different languages.

Swiss photographer Mario Heller spent five weeks crisscrossing the Pamir Mountains. He was attracted to the remoteness, the contrasts with Dushanbe, and the open arms he found in these highlands, which locals call “the roof of the world.” 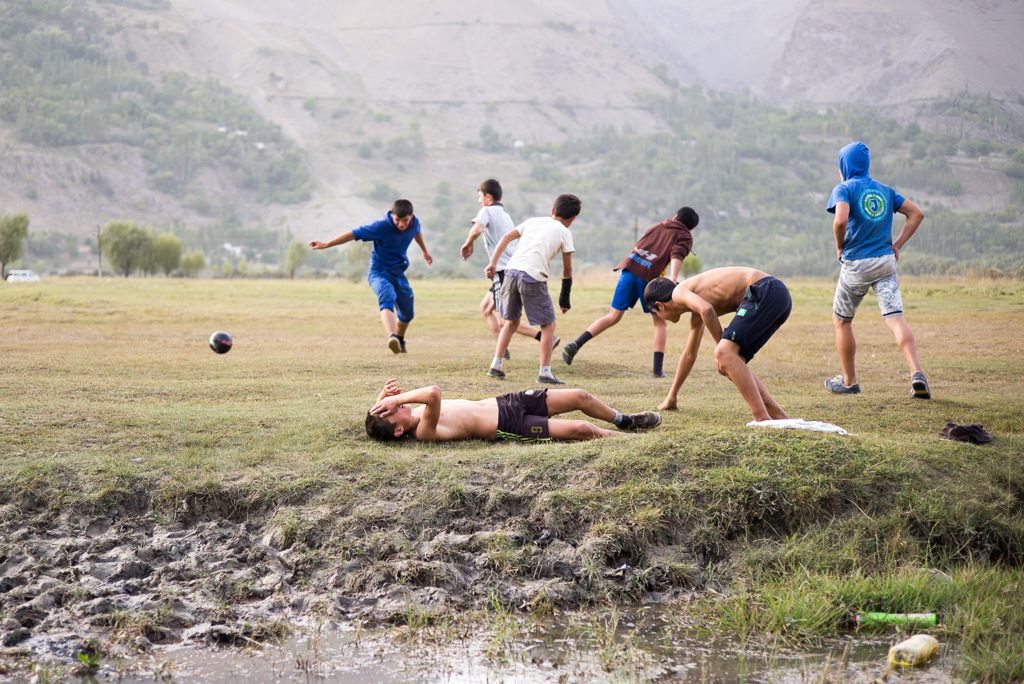 Many rituals of the Ismaili Muslims are gradually disappearing, such as this dance for the dead. 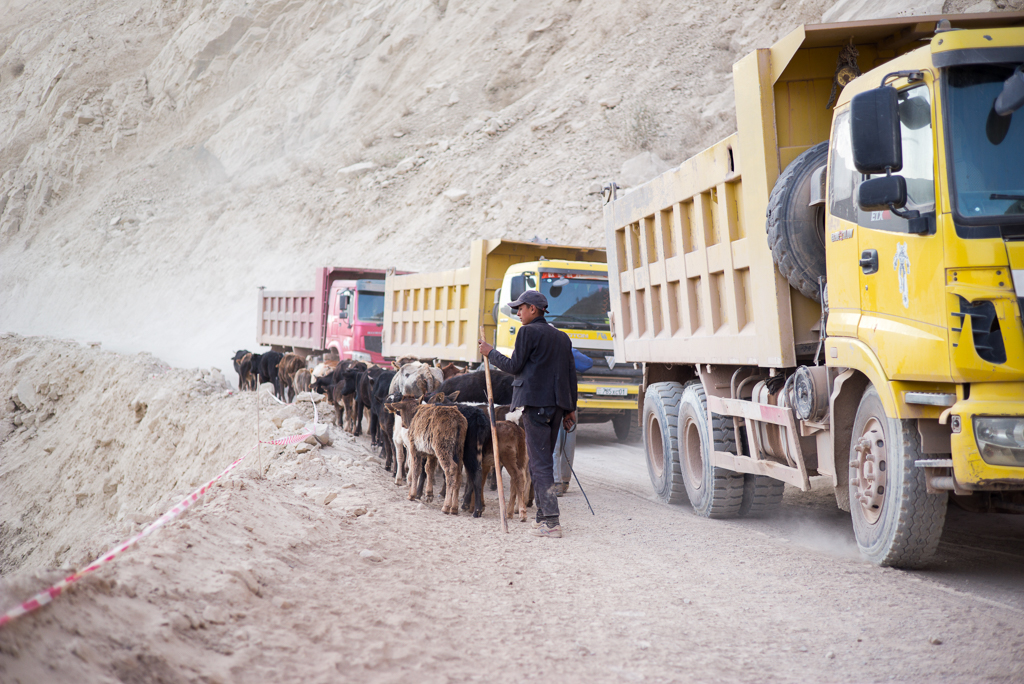 Chinese trucks pass a herd of cows. As part of its Belt and Road Initiative, China is investing hundreds of millions of dollars in Tajik infrastructure and prompting concerns for Tajikistan’s sovereignty – Dushanbe once swapped a chunk of land in exchange for a debt write-off. Beijing also operates a small military outpost in the Pamirs. 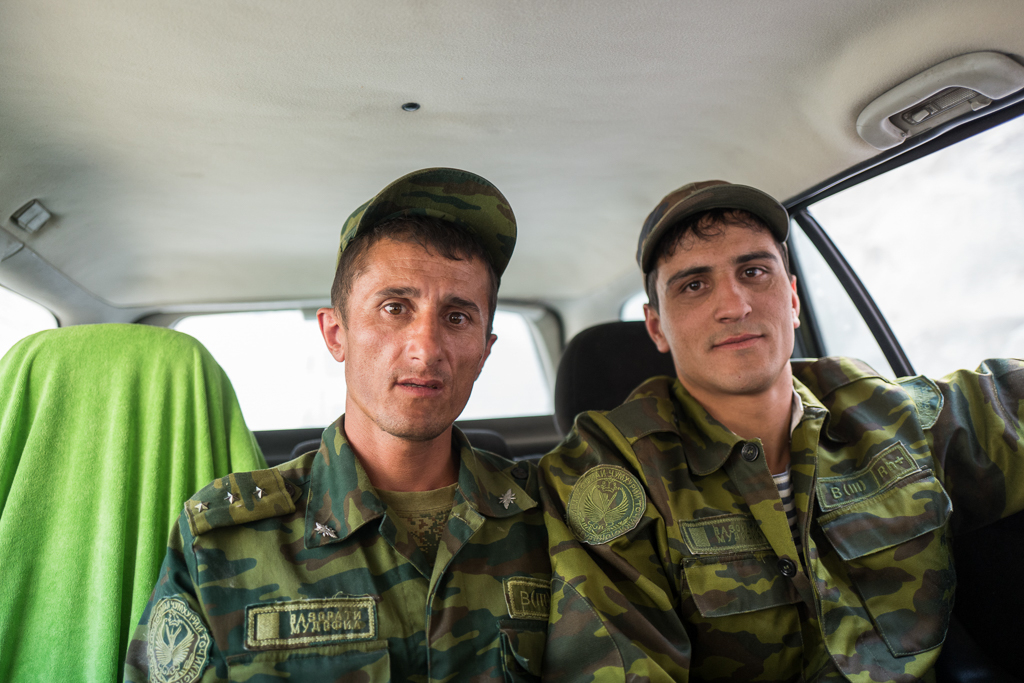 These Tajik soldiers are guarding the border with Afghanistan, which is marked by the Panj River. 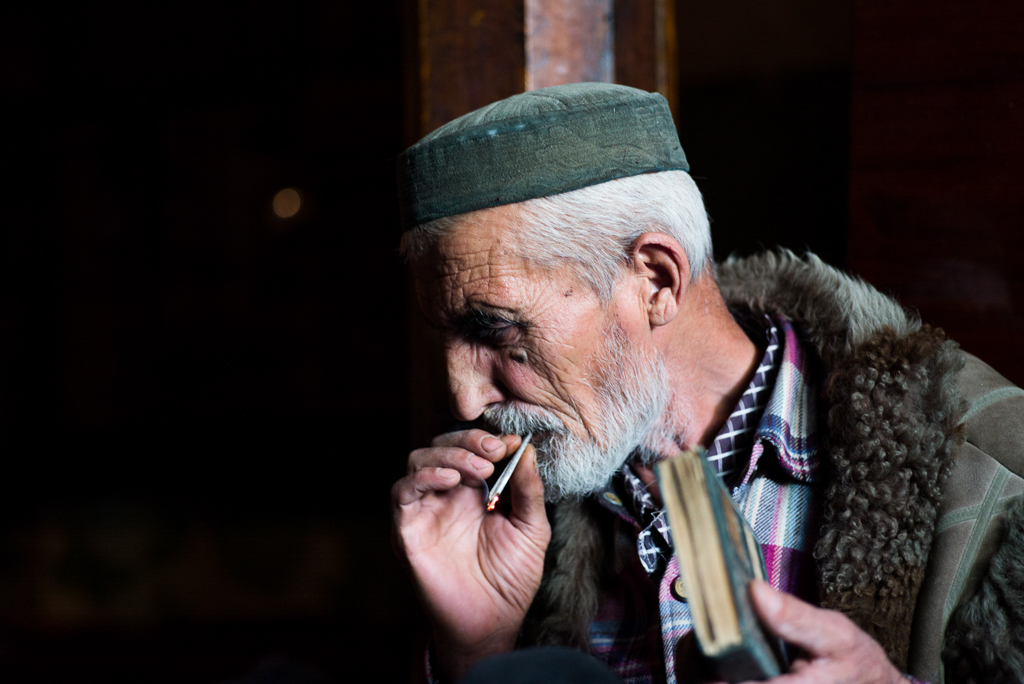 Jonboz Dushanbiev, a musician from Rushan district, who has performed around the world. 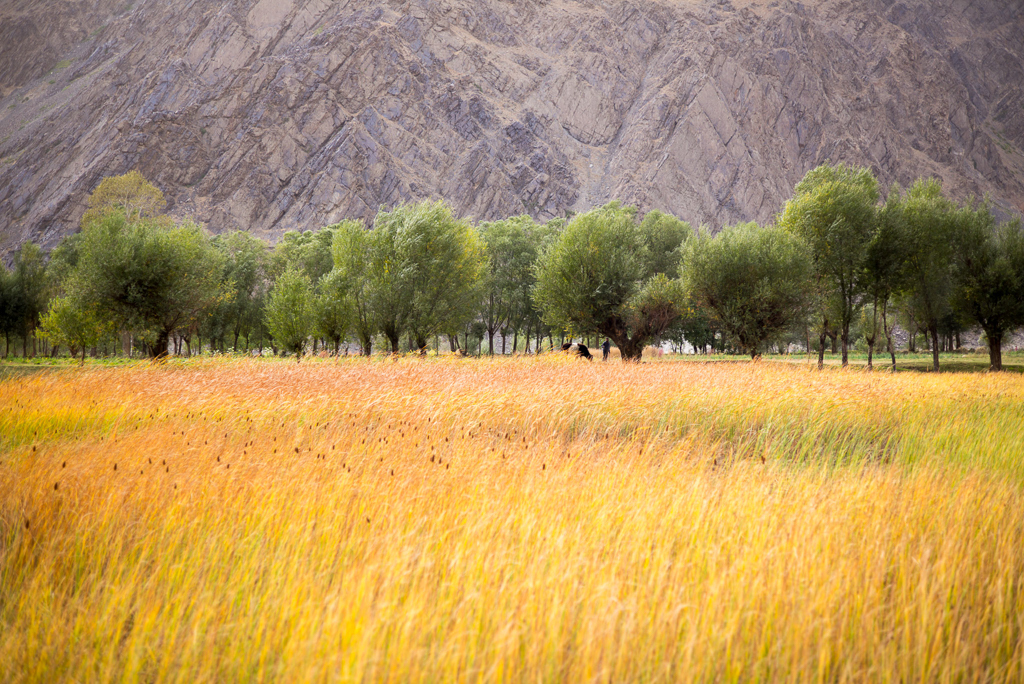 The valleys around Khorog are lush. 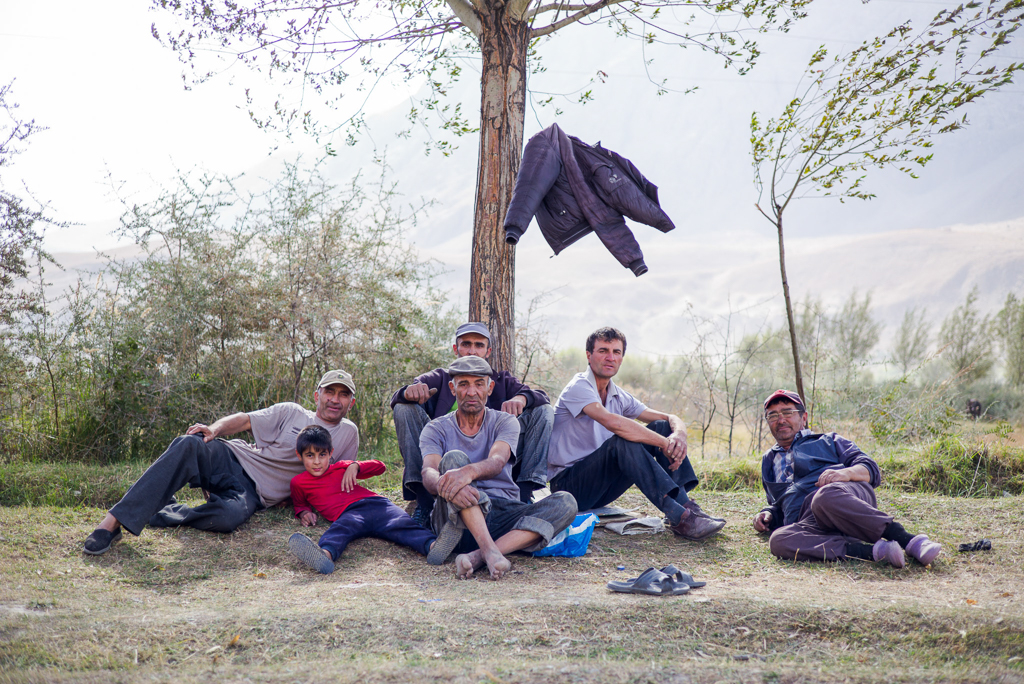 A group of farmers take a break close to Khorog. 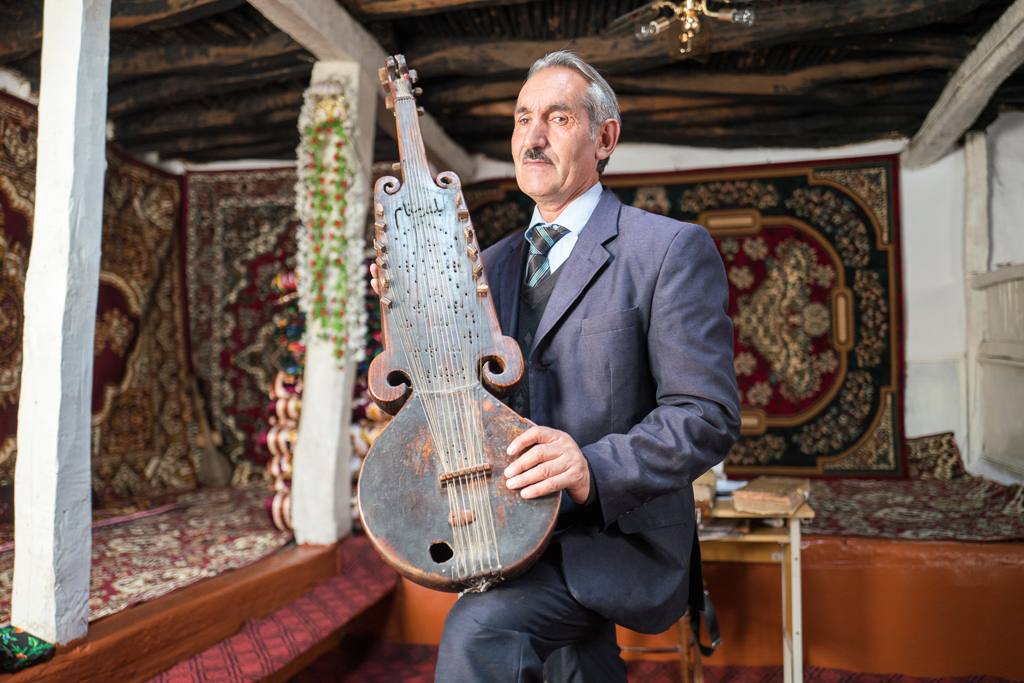 The director of a primary school near Ishkashim holds a type of rubab, a double-chambered lute with a number of sympathetic strings. 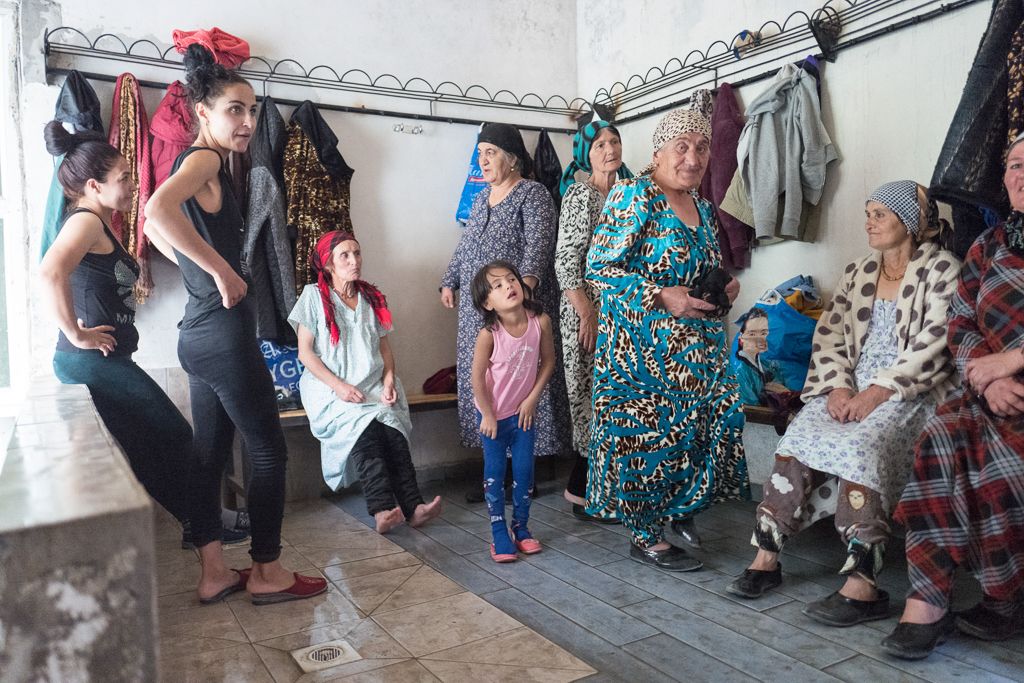 Women prepare to bathe in the Bibi Fatima hot springs. The springs are named after the daughter of the Prophet Muhammad. Some believe the waters increase a woman’s fertility. 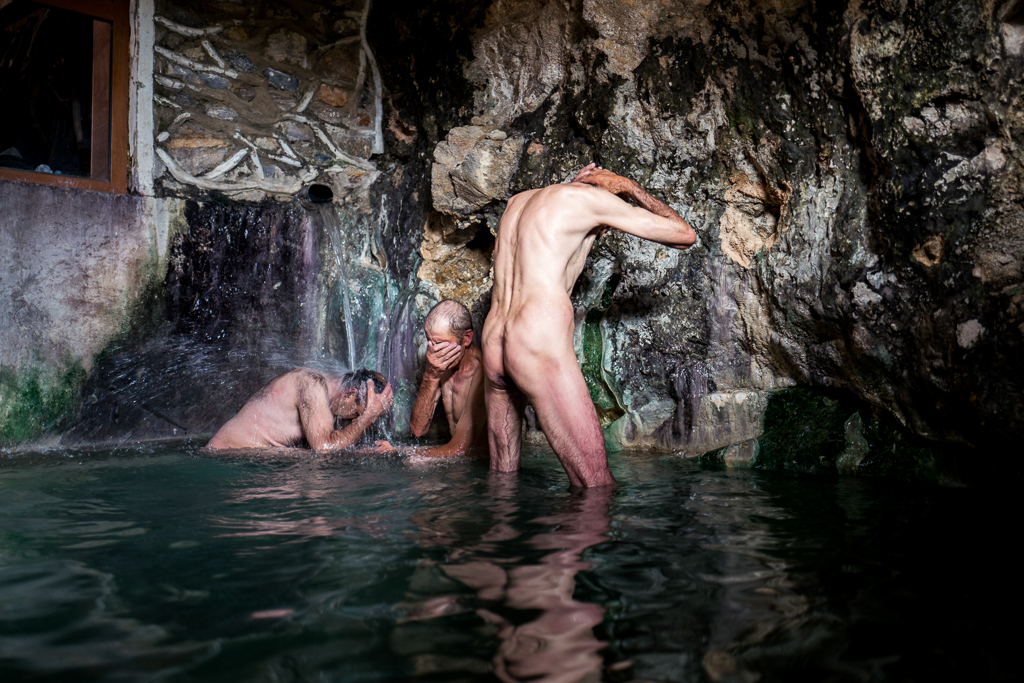 Men bathing in the Bibi Fatima hot springs, deep in the Wakhan Valley. 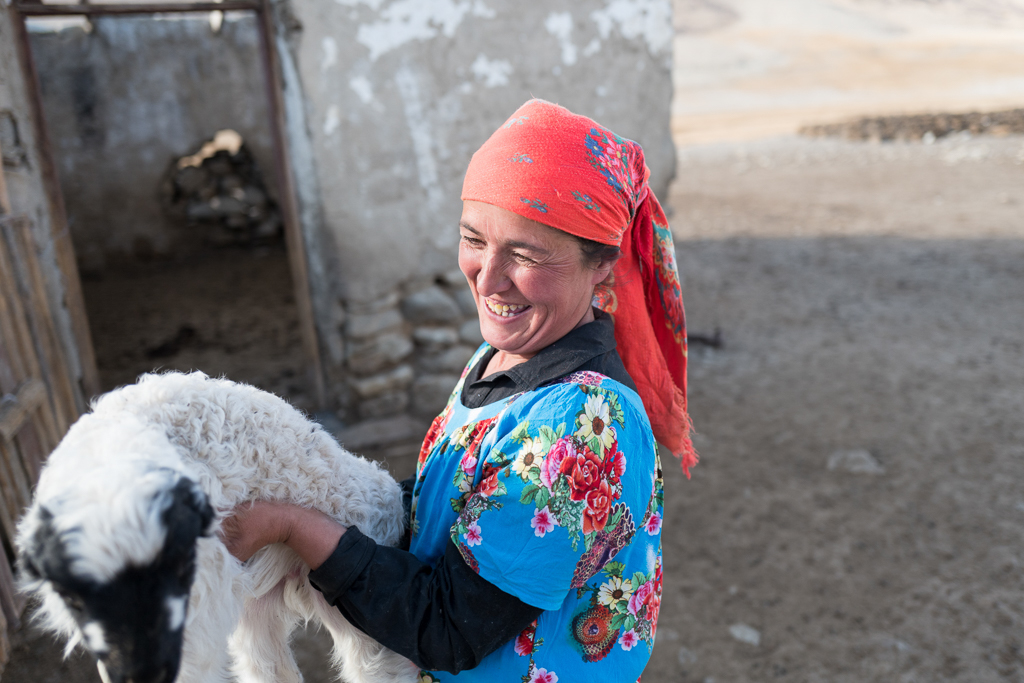 On the road to Murghab, farmers offer travelers a hot meal and some rest. 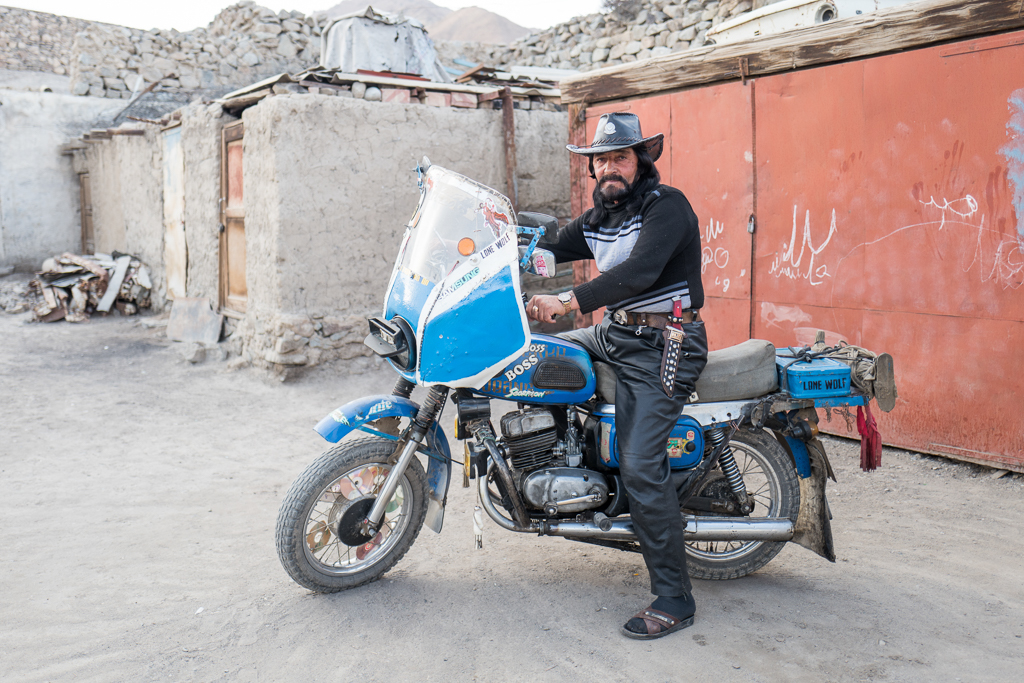 Jonboz is a Tajik hunter who has always lived in Murghab. Heart problems nowadays largely prevent him from hunting. He blames food products from nearby China. 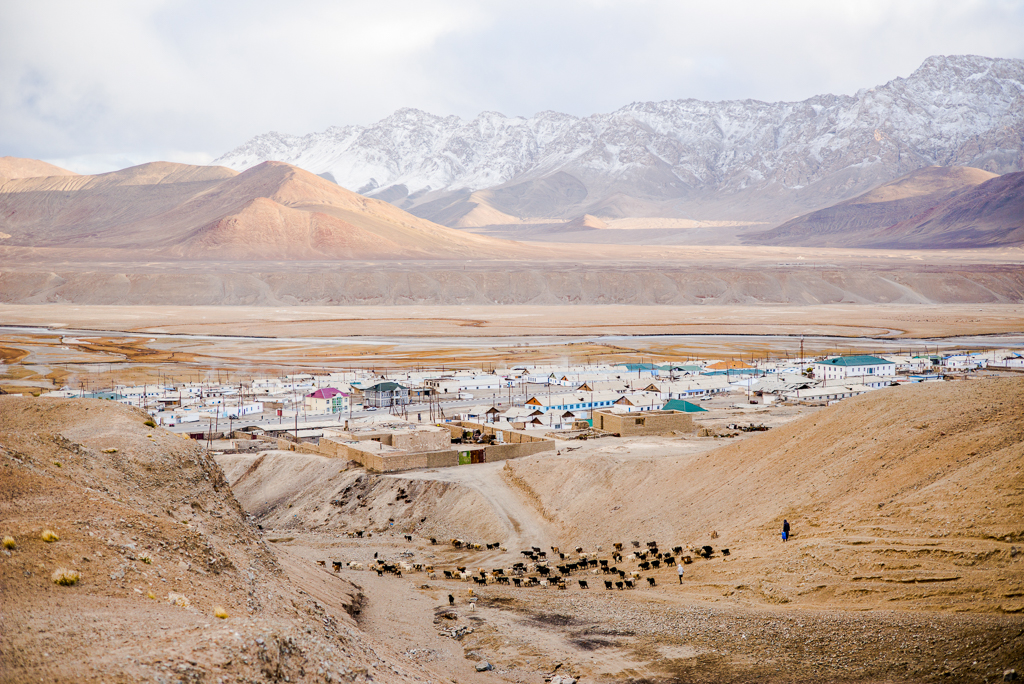 Murghab, at 3,600 meters above sea level, is the highest town in the former Soviet Union and today home to around 7,000 people. 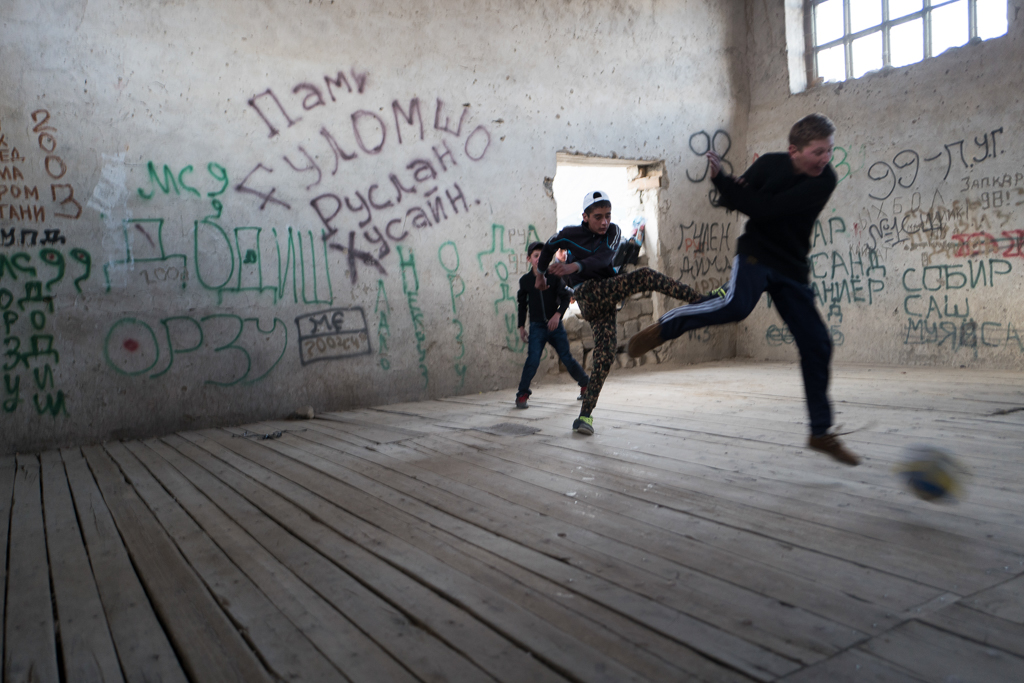 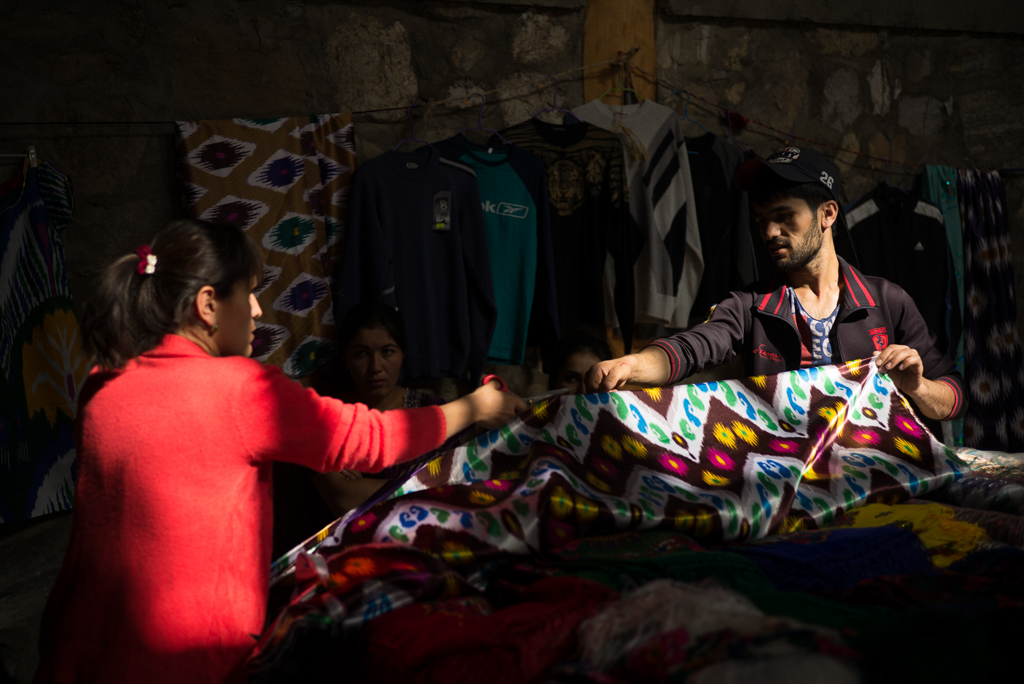 A weekly market near the border post in Khorog allows Afghan and Tajik merchants to trade. 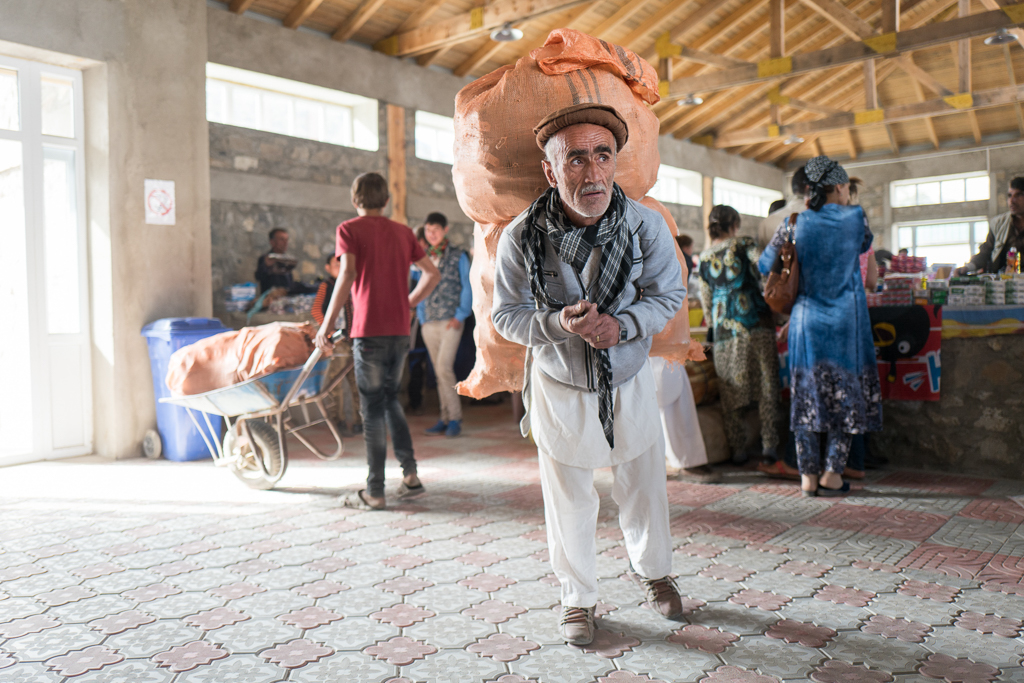 Tajik and Afghan merchants do a brisk business at the border market in Khorog. 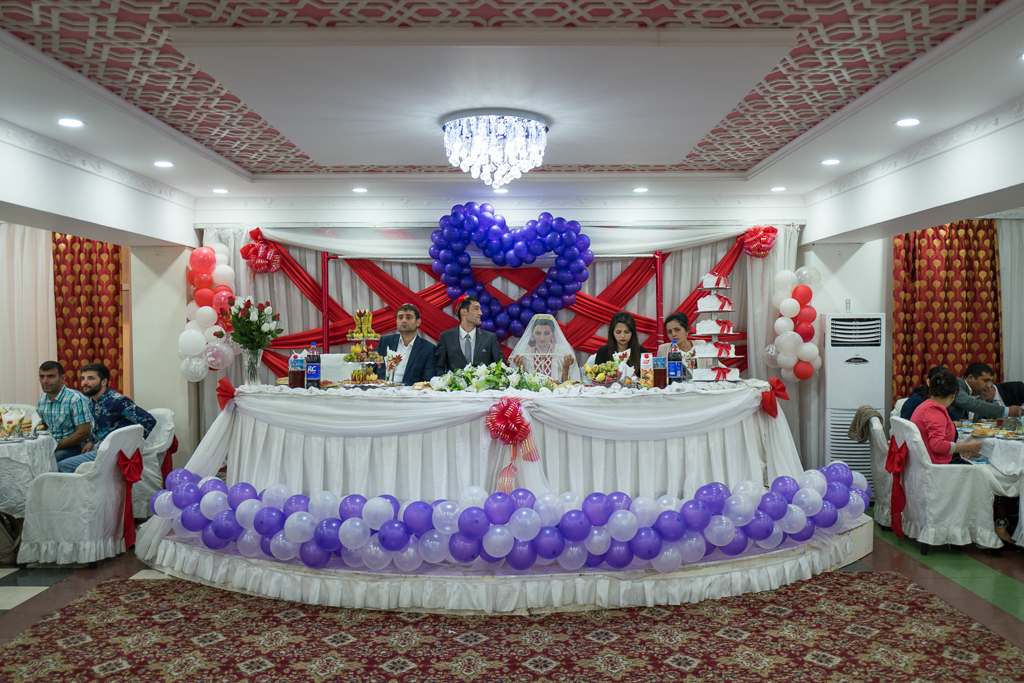 A wedding in Khorog. Weddings in Tajikistan are limited in duration under a law that seeks to prevent people from going bankrupt while paying for the festivities.

Mario Heller is a Swiss photographer. Sign up for Eurasianet's free weekly newsletter.