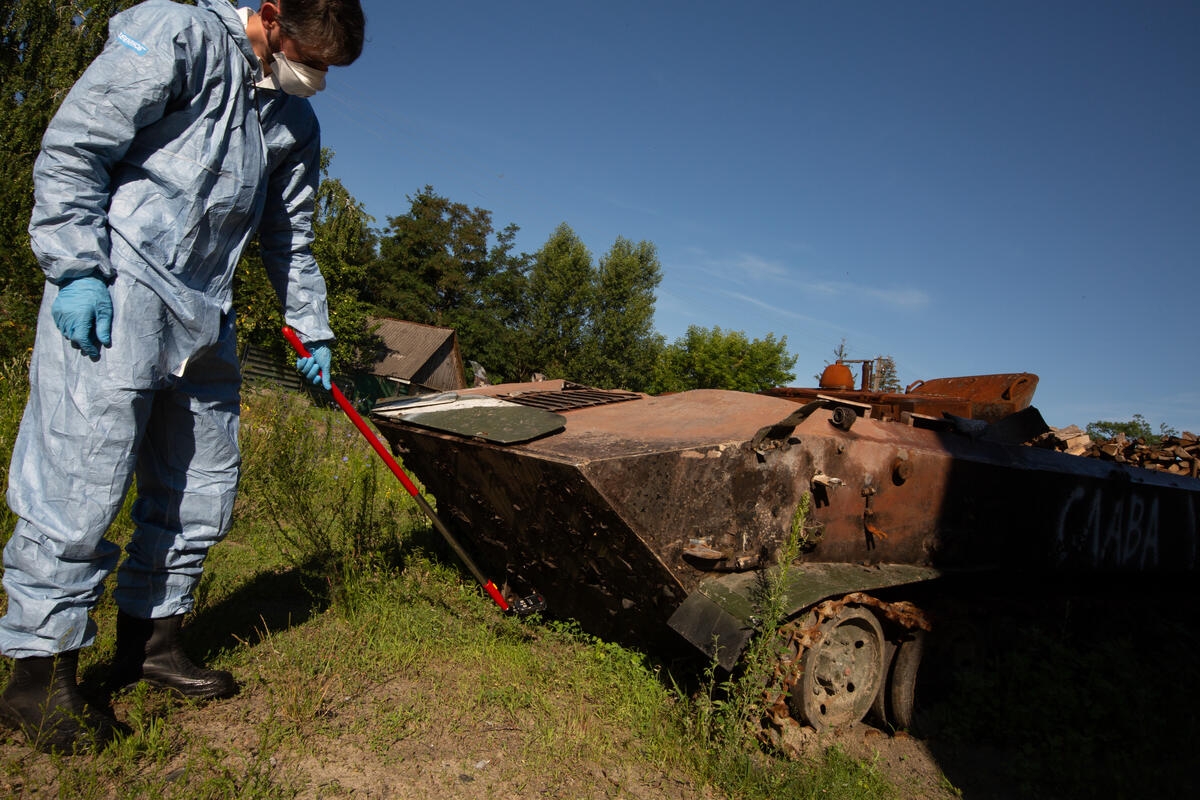 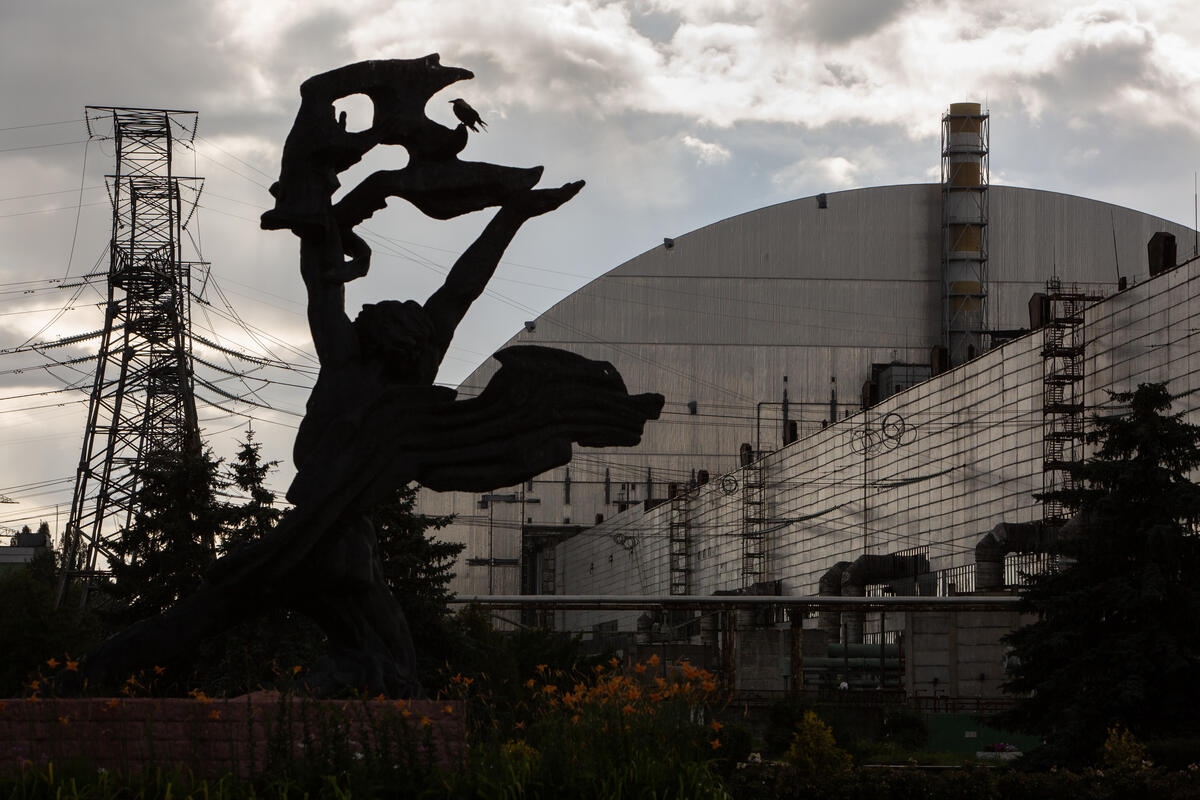 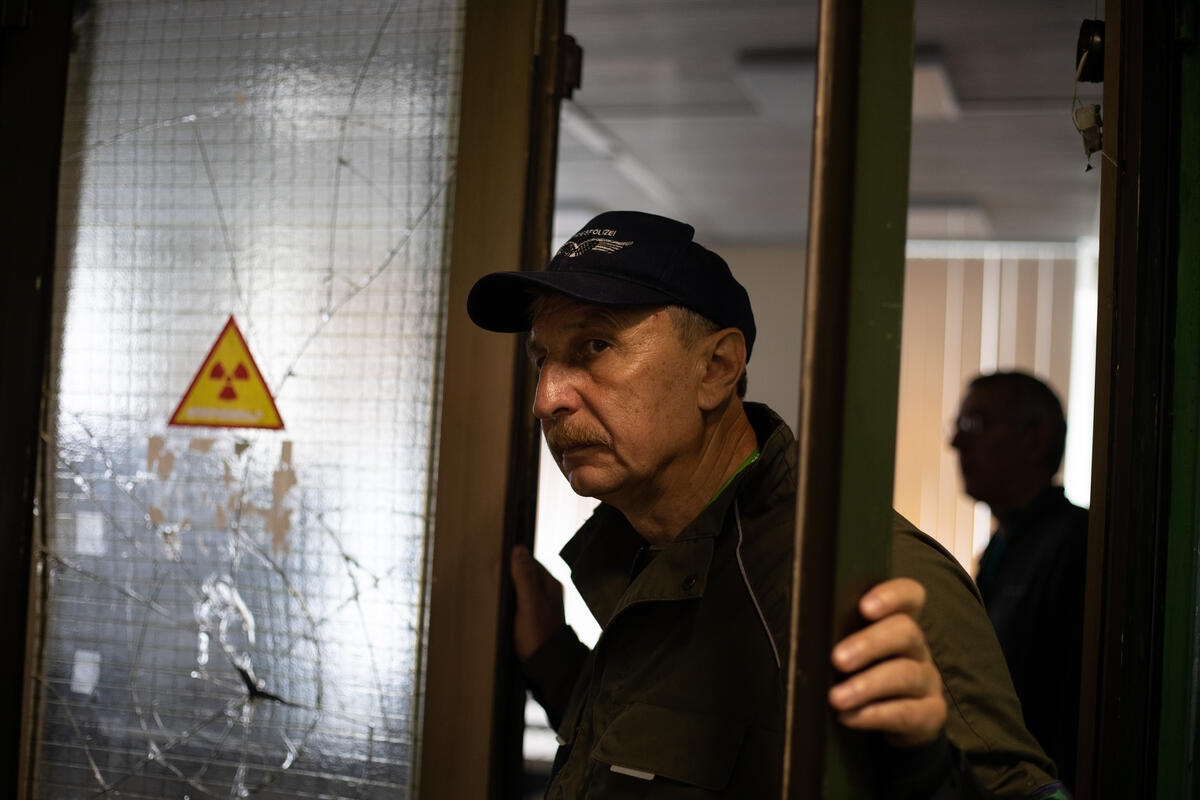 Serhii Kirieiev, director general of the SSE EcoCenter, beside a door to the radiation laboratories that was smashed by the occupying Russian military. 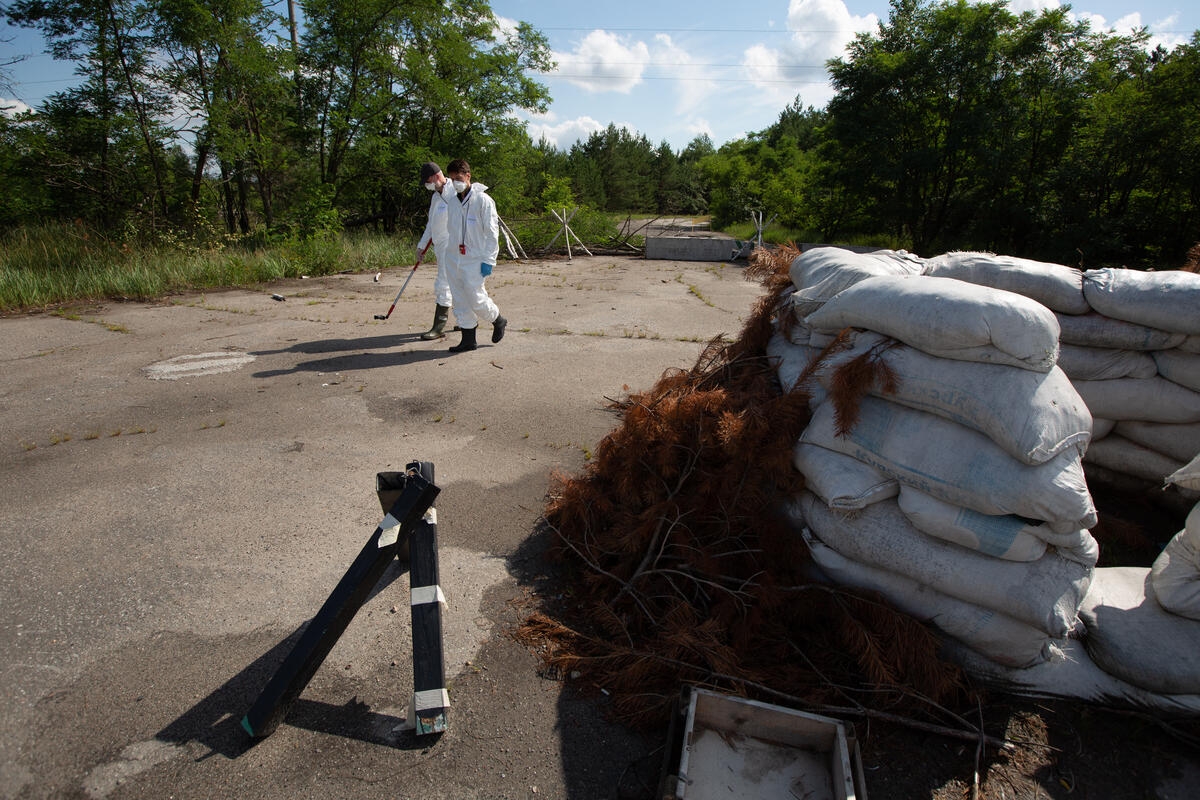 The Greenpeace Chornobyl investigation team check radiation levels on the road next to defensive structures built by the Russian military when they occupied the area in March 2022. 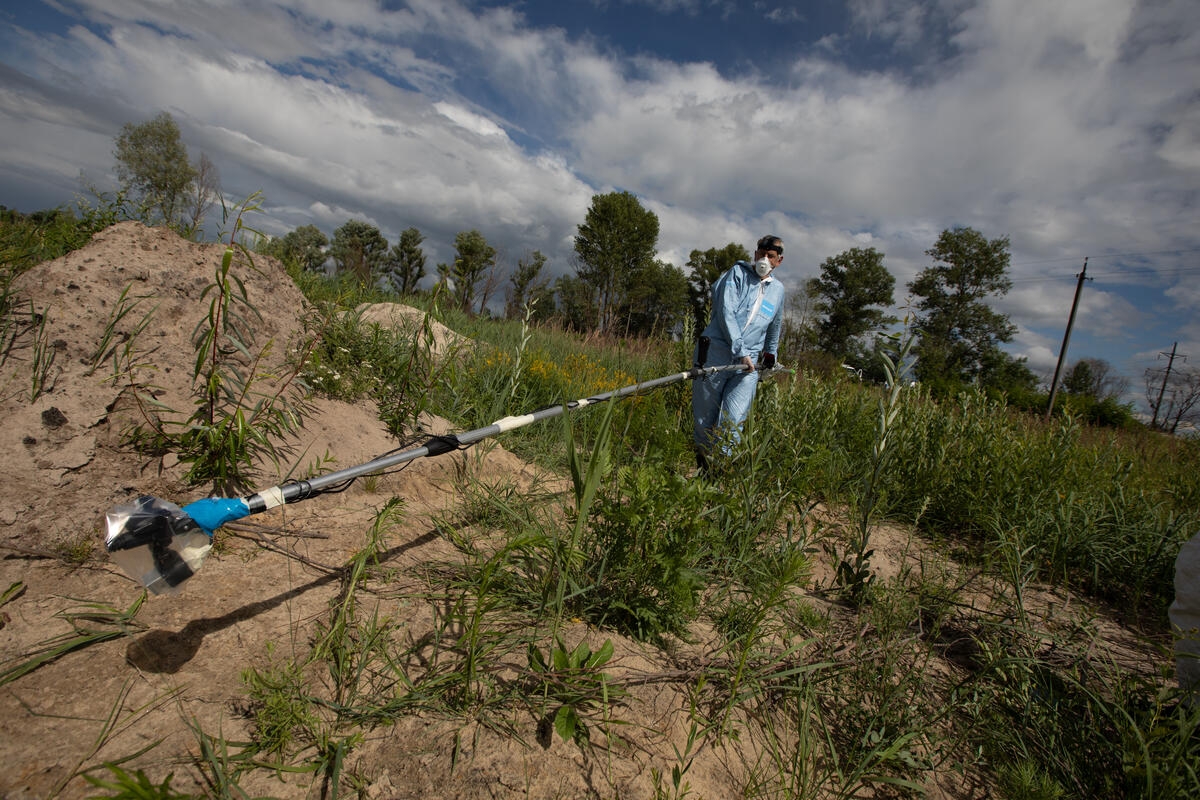 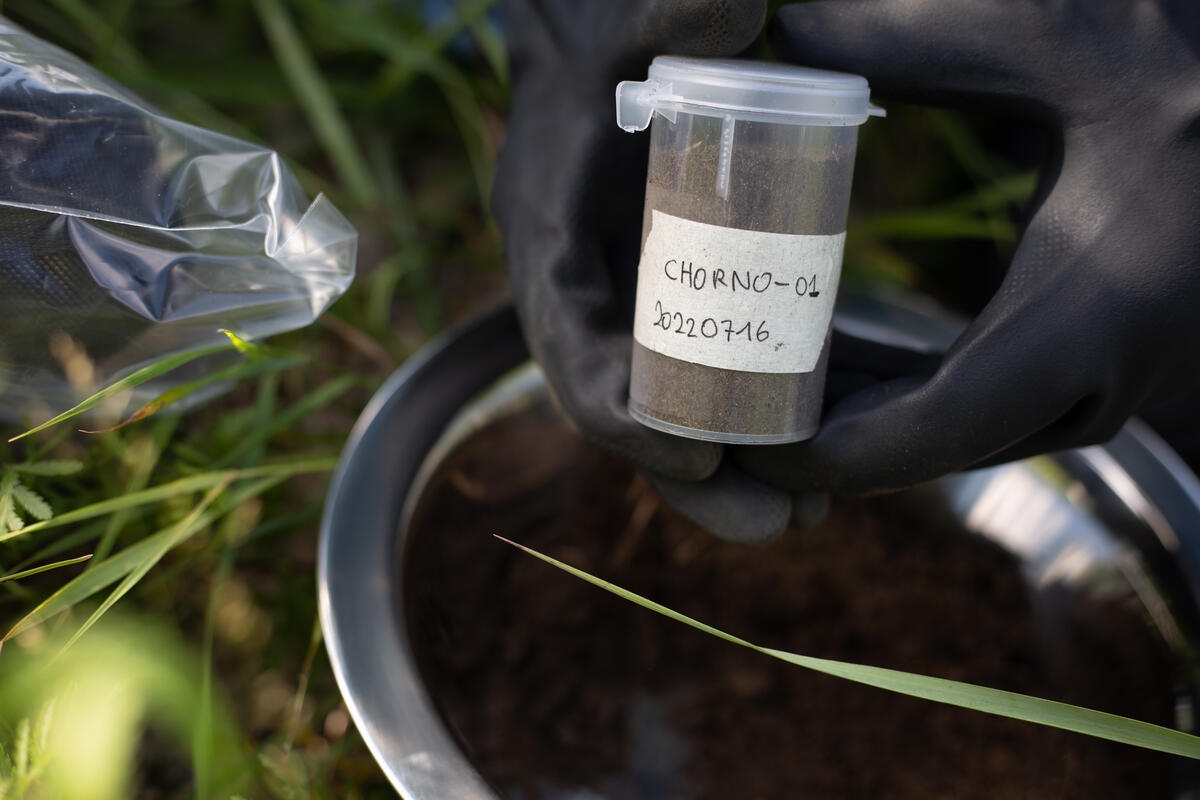 Radiation protection advisors from Greenpeace Belgium extracted samples of earth for scanning radiation levels in the ground beside the defensive structures and trenches built by the Russian military during their brief occupation of the Chornobyl exclusion zone. 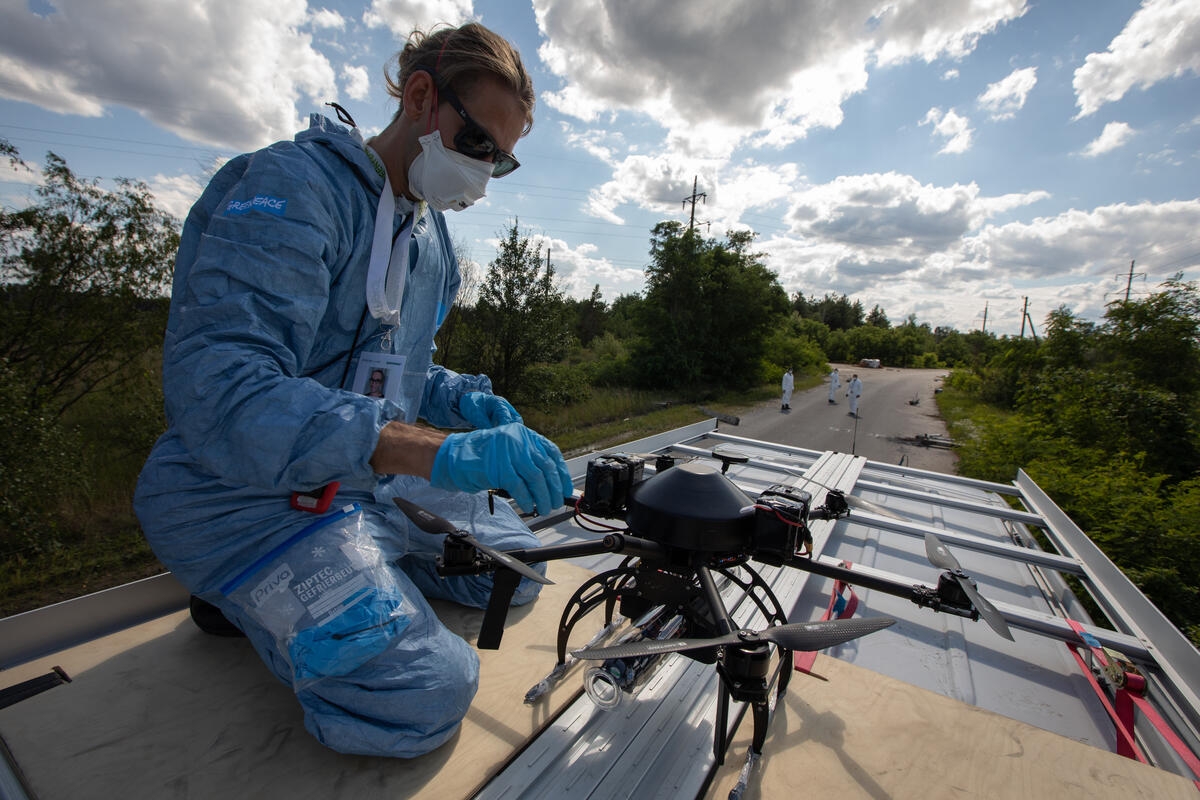 Adrian Kaul, drone operator from Greenpeace Germany, preparing to fly the EcoOwl Gamma spectrometry sensor drone beside the defensive structures and trenches built by the Russian military during their brief occupation of the Chornobyl exclusion zone. 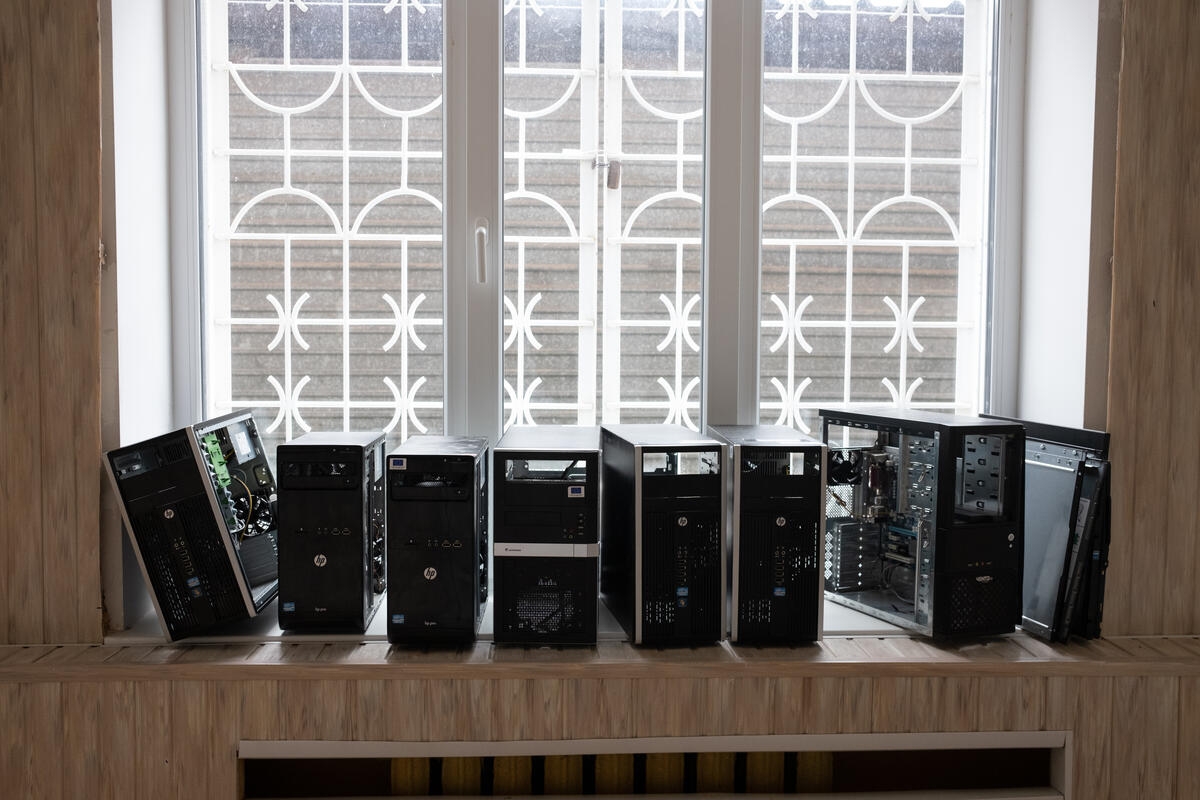 Computers damaged by the Russian military during their occupation of the SSE EcoCenter offices, near the Chornobyl exclusion zone. The Greenpeace Chornobyl investigation team toured the laboratories of the Chernobyl center, taking earth samples for disturbed radiation, and documenting the damage incurred by the recent Russian military occupation. 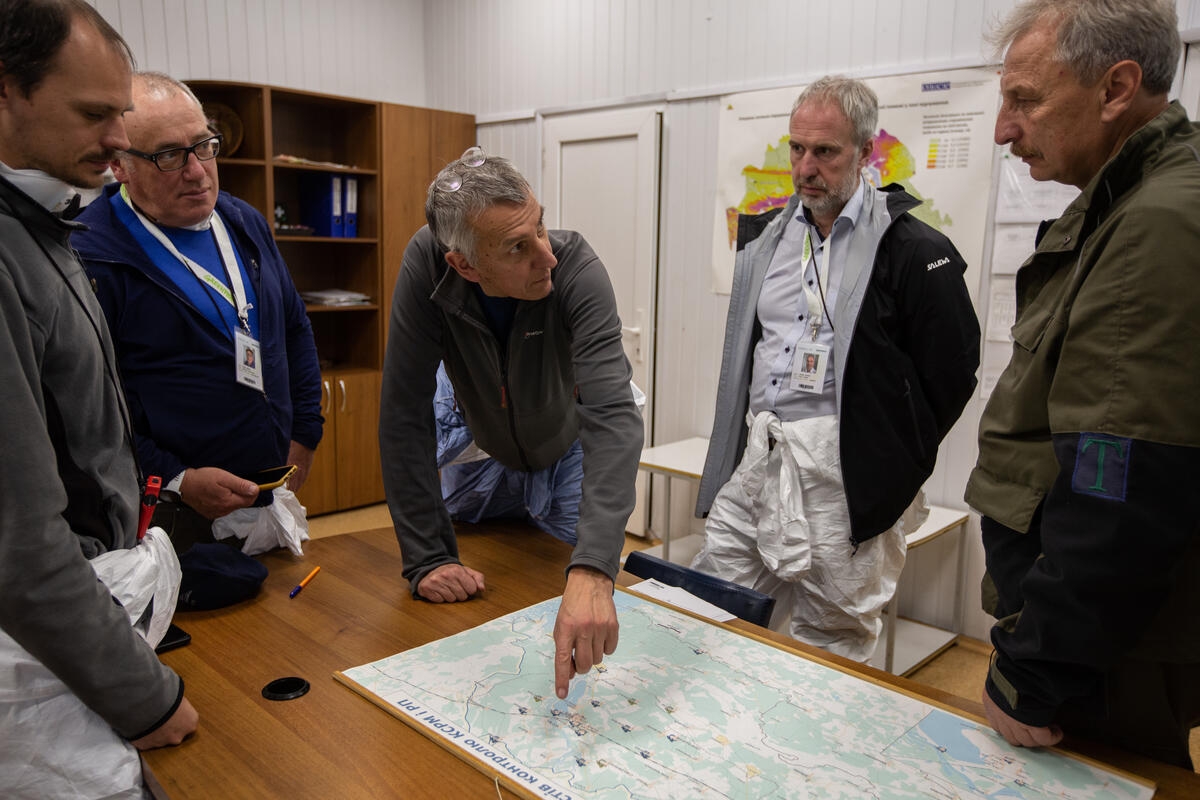 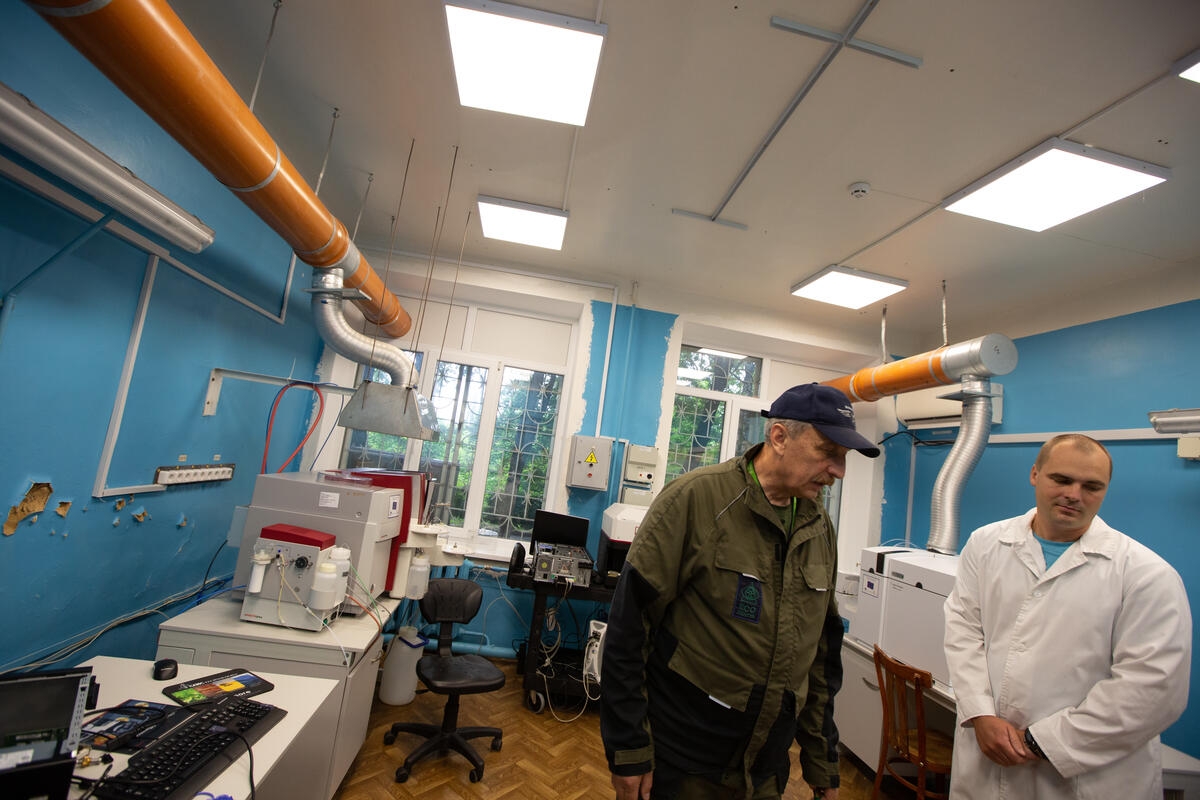 Serhii Kirieiev (left), director general of the SSE EcoCenter (in charge of the exclusion zone), in his laboratories.
prev
next

Working inside the Chornobyl nuclear exclusion zone was an experience that conjures a variety of emotions: apprehension and caution; excitement and wonder; anger and hope.

I was part of a Greenpeace Germany investigation team working with Ukrainian scientists in and around the Chornobyl exclusion zone in mid-July, measuring radiation levels following Russian military operations there in the spring. Greenpeace found radiation in areas where Russian forces operated to be at least three times higher than earlier estimates provided by the International Atomic Energy Agency. The IAEA released data in April indicating levels were “normal,” downplaying the public health threat.

“We measured levels of gamma radiation inside the abandoned Russian trenches that qualify it as low-level nuclear waste. Clearly the Russian military was operating in a highly radioactive environment, but that’s not what the IAEA is communicating,” said Jan Vande Putte, a Greenpeace radiation specialist who participated in the investigation.

Before Russian forces withdrew from the region, hundreds of troops were estimated to have been positioned in the exclusion zone. They built a series of defensive works, including trenches and dugouts.

While conducting monitoring in the zone, our team would drive through seemingly idyllic woodlands, teaming with butterflies and birds, even spotting at one point a large eagle. But any sense of calm was tempered by the knowledge that everything is contaminated.

Heightening the stress of dealing with routine safety hazards at Chornobyl, the team had to contend with newer threats left behind by the Russian military. Our work was constrained by unmapped land mines, and by radiation disturbed by the digging of trenches.

“Understanding the complex radiation effects at Chornobyl is essential for the world and that means conducting research and working with international scientists. All of that has been put at risk by Russia’s war against Ukraine,” Shaun Burnie, senior nuclear specialist at Greenpeace Germany, said in a statement.

Greenpeace specialists conducted the Chornobyl mission in cooperation with scientists from the State Agency of Ukraine on the Exclusion Zone Management.

The legacy of the Russian invasion will hamper scientific work within the Chornobyl exclusion zone for years. But there is hope that growing worries about conditions there will lead to new initiatives to manage the environmental hazards.