In the Georgian steppe, the work is hard and living conditions basic. But shepherding forges strong bonds among this small band of men. 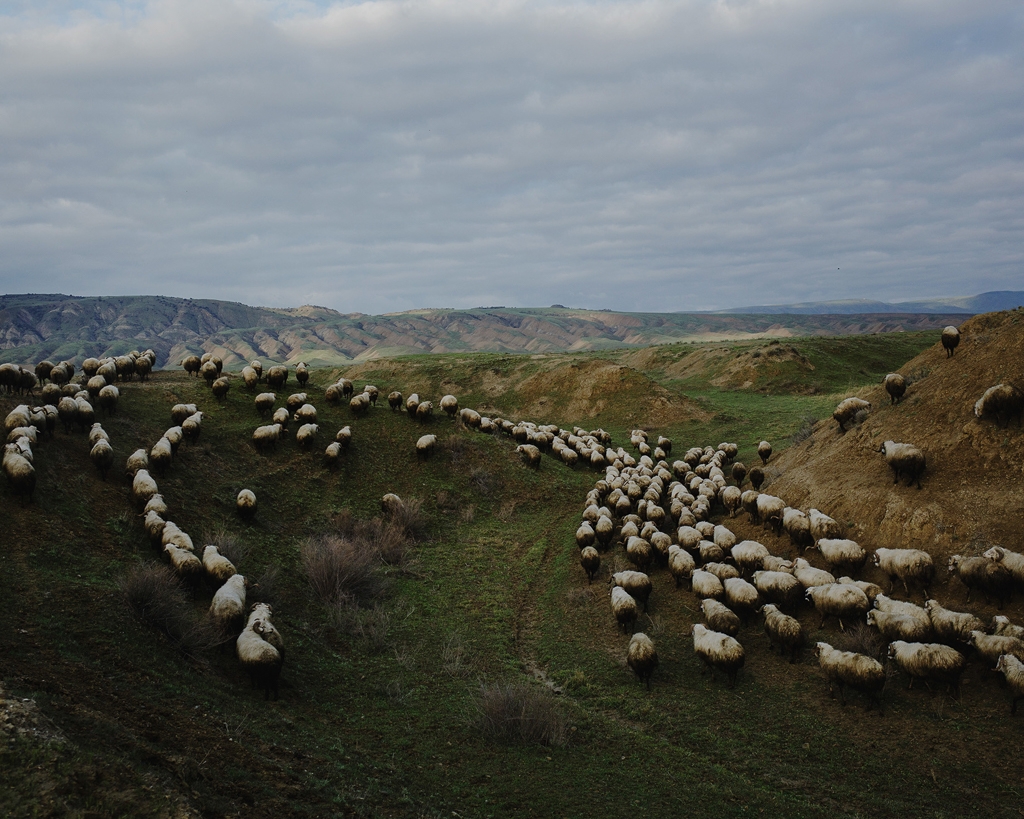 It's 4 a.m. when Beso Martkoplishvili wakes up. He sleeps outside on a rudimentary metal bed frame, only a thin plastic tarp protecting him from the wind. On waking, he dresses in his military jacket and a black baseball cap, makes his way inside to where the rest of his colleagues are sleeping, adds wood to the stove, washes the dinner dishes from the night before, and heats up the leftovers for breakfast.

Martkoplishvili, 41, is the “brigadier” of this small band of shepherds (the word comes to Georgian from the Russian, brigada). Jemal, Anzor, Levan and Simon range in age from 20 to 65, and in shepherding experience from one month to over forty years. The other shepherds wake up between 5 and 5:30 and dress; all their clothes and belongings hang on the walls because mice roam the dirt floor. 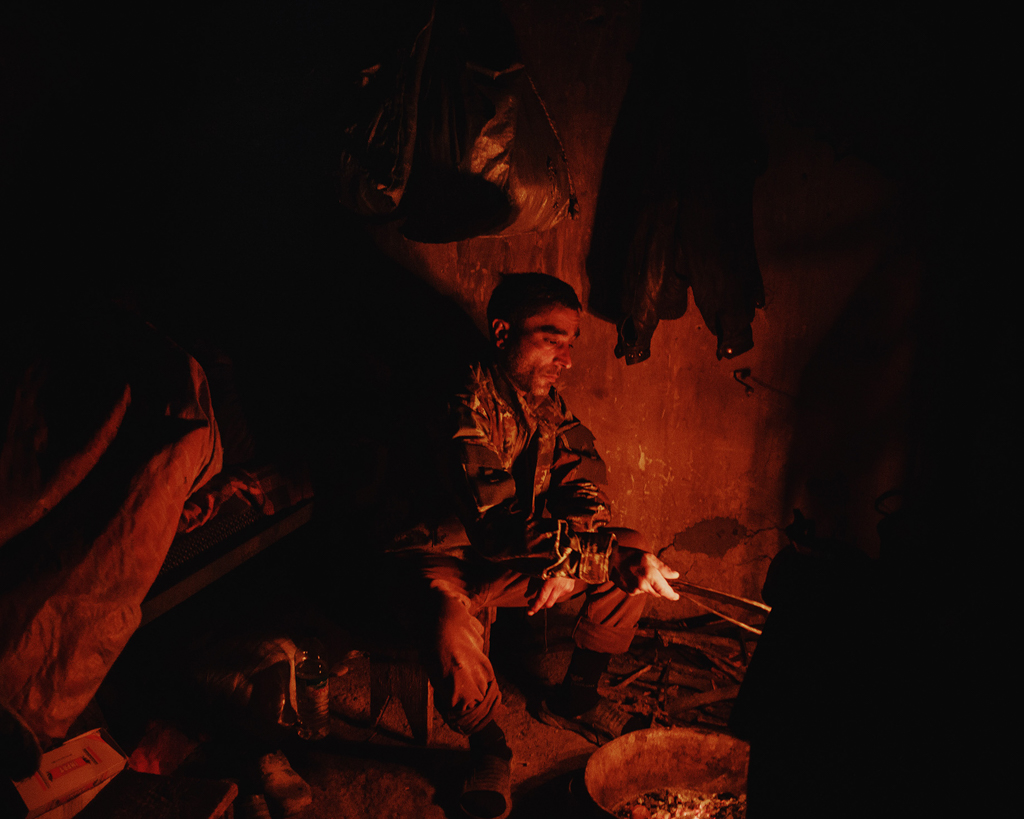 The brigade works for Bachuki Gonashvili, a wealthy landowner who, along with several others, owns these vast grazing lands in the surrounding province of Kakheti, near Georgia’s border with Azerbaijan. This area, the Iori Valley, is one of Georgia’s main winter pasture regions. In Georgia, industrial livestock operations remain rare; the norm continues to be traditional natural pasturing.

As the first rays of light appear, Simon and Levan go outside to smoke a cigarette. On their right is the lush gallery forest of the Iori river, and all around them a dramatic landscape of badlands and steppes, green in winter and spring, burnt by the sun during summer. 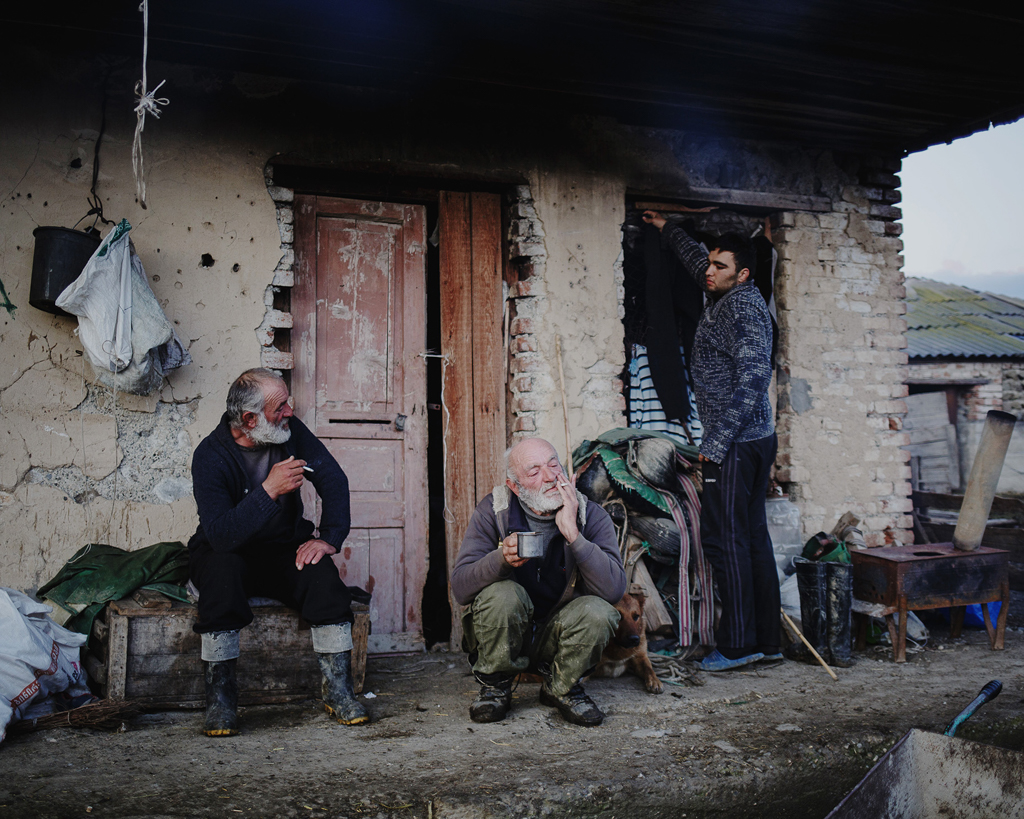 At 6:30, 60-year-old Levan Jimshitashvili is the first to leave the farm. He leads a herd of 145 cows and 45 calves towards a marshy plain just below the embankment of a reservoir formed by a Soviet-era dam. While he's starting his day, he often comes across local youth who are finishing their night spent fishing on the river shore, drinking and listening to loud music from the speakers of their rusty jeeps.

Jimshitashvili, unlike the rest of the brigade, is only here temporarily. He plans to work for two months to save enough money to fix up a Zhiguli he has just purchased; he hopes to start a fish farm in his home town of Tianeti. “With this car I’ll bring what I raise to Tbilisi,” he says.

Shepherds are paid 25 lari a day (a bit under $10), about average for a rural area like Kakheti. The boss, Gonashvili, “is a good guy, he keeps his word and pays on time,” Jimshitashvili says. “I worked in another farm where I never received my salary, I had to sue.” 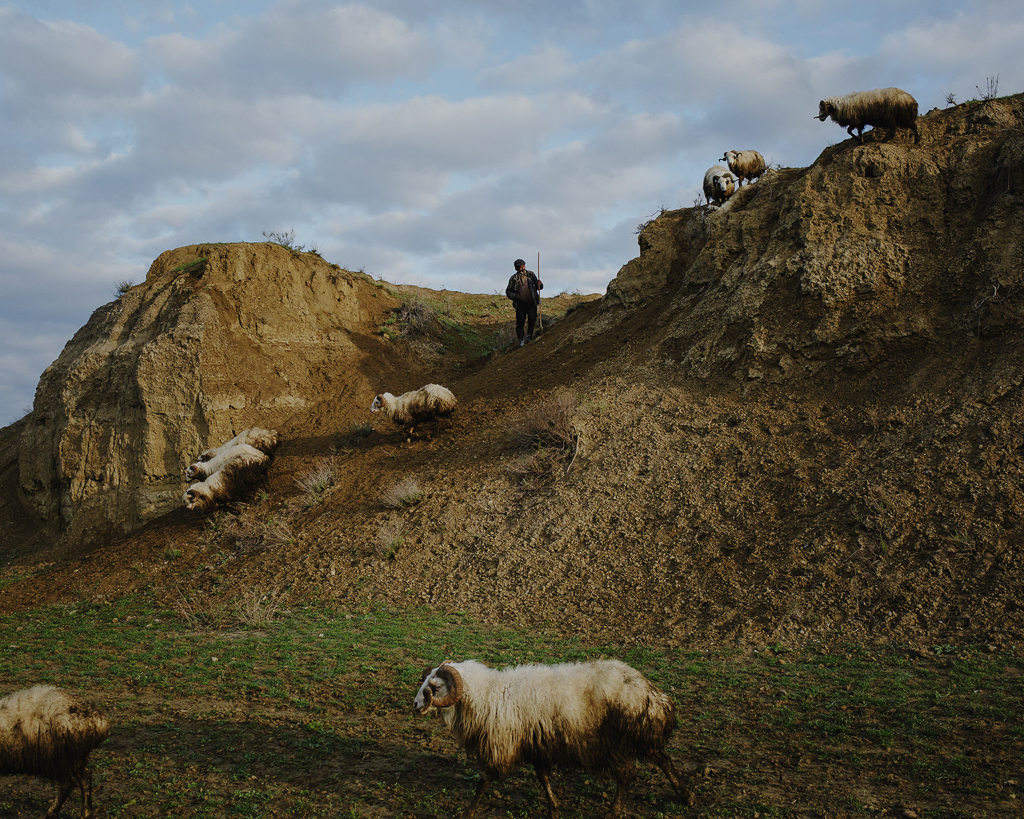 A half hour after Jimshitashvili leaves, Simon Zaridze follows with a herd of nearly 800 ewes and lambs. The white-bearded 54-year-old wears big rain boots and a small woolen cap, and could resemble a seaman if not for the long wooden stick he carries. “It's the hardest job, we are outside from dawn to dusk no matter the weather and for small pay,” he says. But he still loves it: “This is like a magnet, everything attracts me, the animals, the nature, and especially the friendship and solidarity. When we are on the road to the summer pasture, we all eat from the same plate.”

It is late April and the brigade is getting ready to move to their summer pasture. The two-week journey, which usually begins in mid-May, takes them up the Iori Valley, then westwards toward Rustavi and Marneuli, then up the foothills of the Lesser Caucasus Mountains on Georgia’s border with Armenia. “It's more tiring than the rest of the year, we walk till late and then at night we don't sleep well as we take shifts to watch over the cattle and prevent attacks from wolves,” Zaridze says. This year’s transhumance will be his last; he’s giving up because of his declining health. “The herd is a bit too fast for me now, sheep just think about eating grass and never stop wandering,” he says. 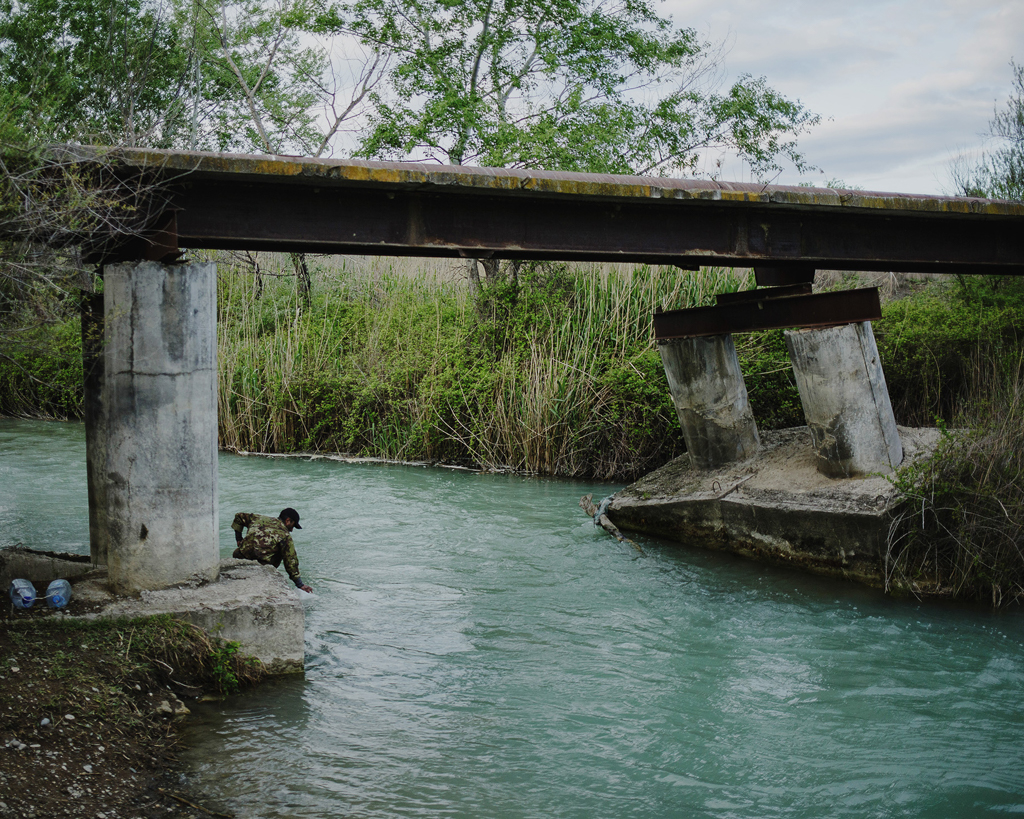 After a journey of around 300 kilometers from the farm in Kakheti, they will reach their final destination: Sameba, on the border with Armenia in the province of Javakheti. They stay there until October, the shepherds sleeping in a single big tent. It's the most active period of the year: cows are milked and cheese is produced; sheep are shorn and some are sold for meat in the regional capital of Akhalkalaki, mostly to Arab and Iranian buyers who are drawn by the high quality of the local meat. 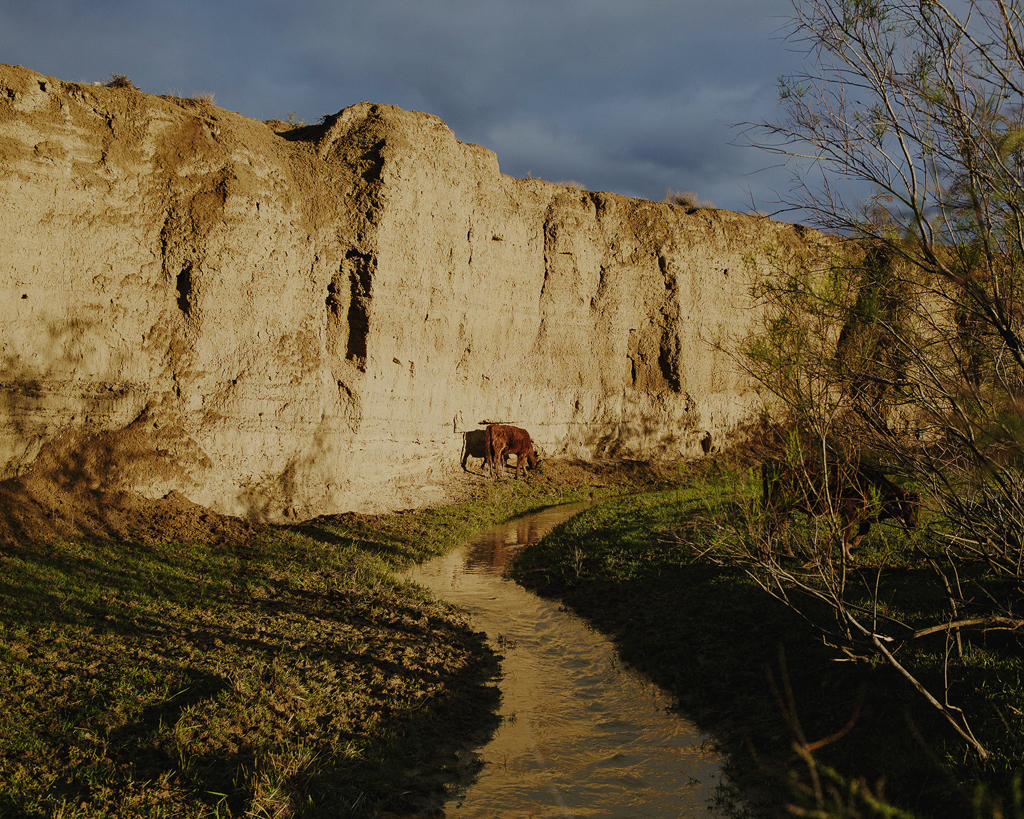 Jemal Martkoplishvili, 20, is Beso’s nephew and is doing his first migration this year after joining the brigade in April. He had worked for four years in various factory jobs; his father objected to his becoming a shepherd, given the low status of the profession, but Jemal was looking for a new job and decided to join his uncle. “It's hard to really understand this profession in such a short time but here no one is bothering you, it's better than the factory,” he says. As the rookie his job is to watch over newborn lambs and their mothers. He didn’t get much training before starting; he follows the sheep’s lead. “You don't lead, you follow the sheep because they know better where the good grass is.” 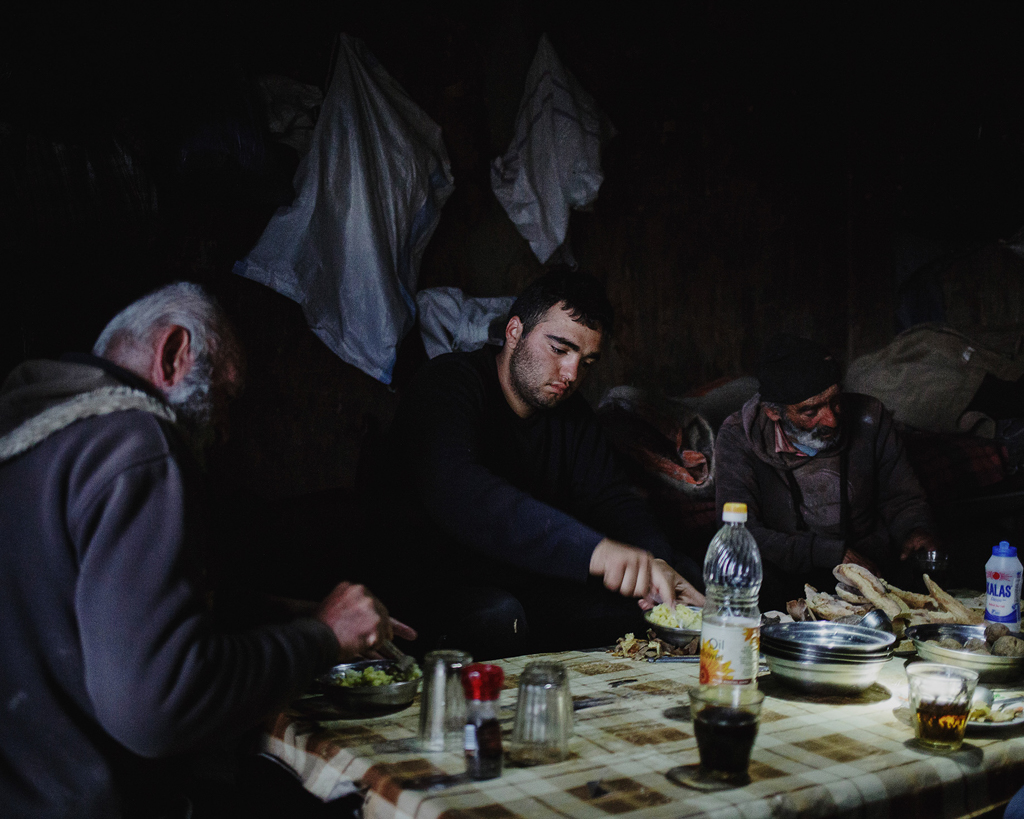 The young sheep don’t wander far from the farm and in early afternoon Jemal can come back for a simple lunch and brief rest. The rest of the men bring back their herds between 7 and 8 p.m. The last one back is Anzor Martkoplishvili, 65, a more distant relative of Beso’s who takes care of around 300 rams. He is by far the most experienced; his father also was a shepherd in a brigade like this. “Once you fall in love with the sheep and this lifestyle, there is no way back,” he says. 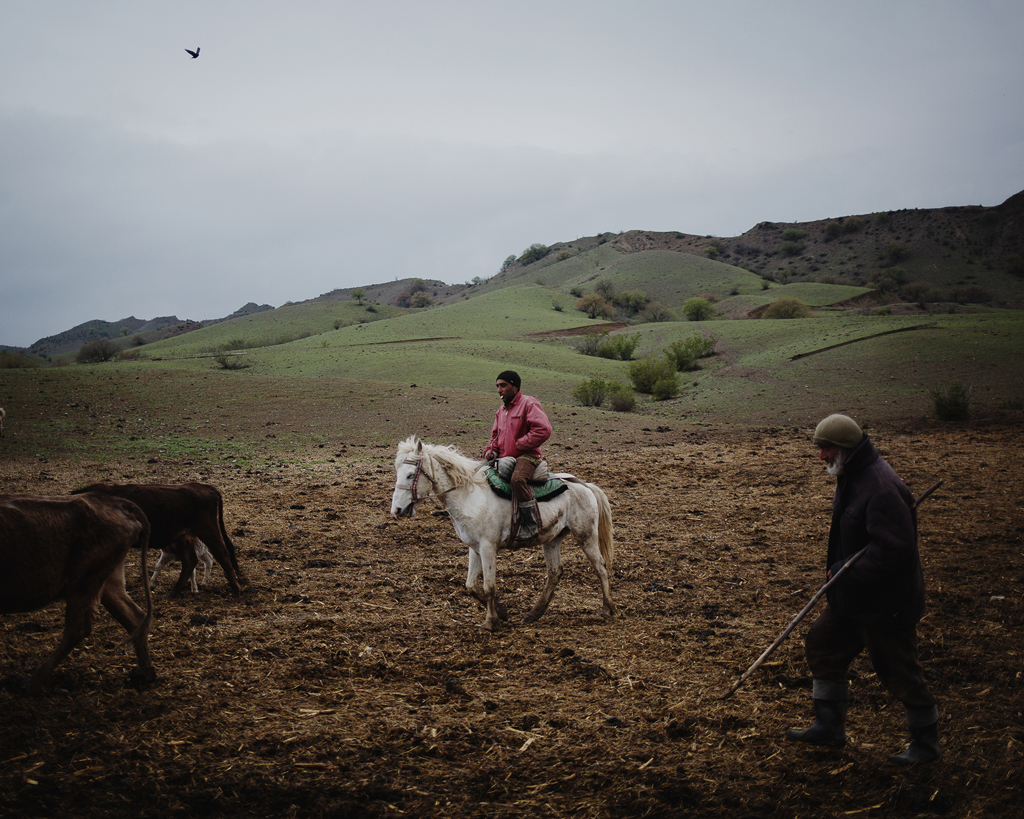 “This used to be a respected profession,” he says. “The Soviet authorities took special care of us, we got wine, vodka and animals for each celebration.” Nowadays, food is provided by the owner, Gonashvili, but – much to Anzor’s chagrin – alcohol is prohibited. Instead, Anzor prepares tea for the brigade using medicinal herbs he gathers. 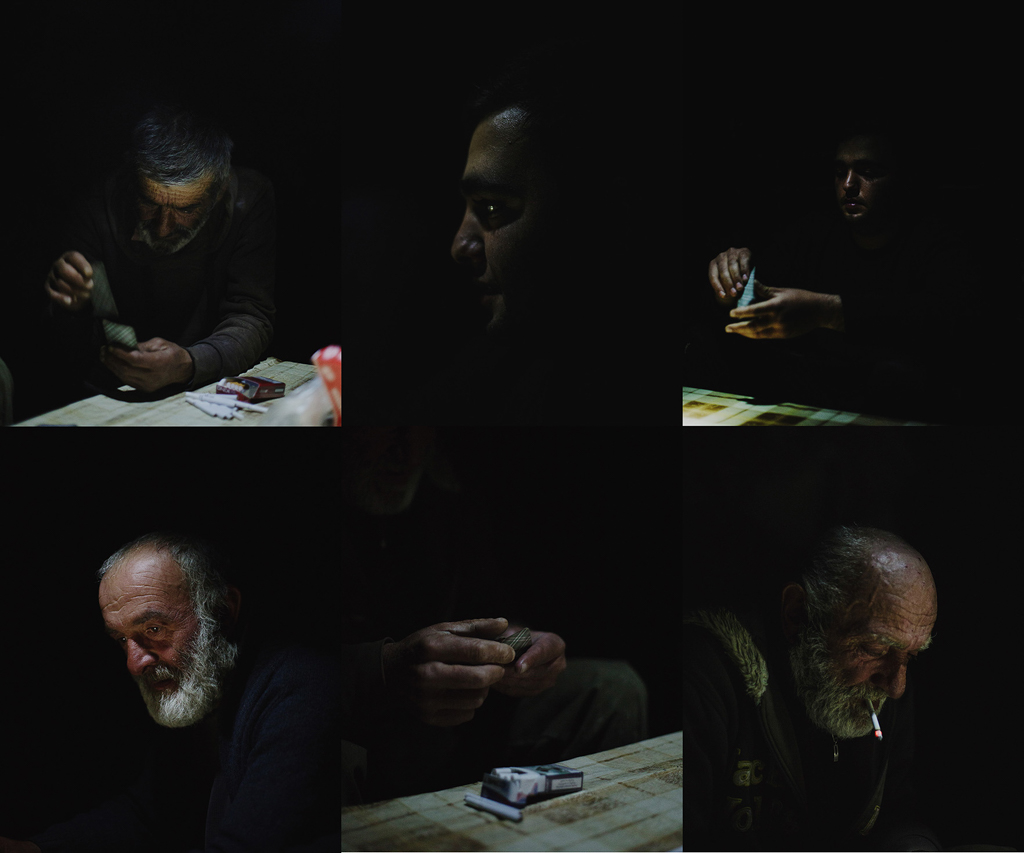 Meanwhile, Beso has been staying at the farm all day cooking, baking bread, chopping wood and taking care of calves and injured animals. He ventures out only in late afternoon to bring cows that have been lost during the day. He rides his horse accompanied by Keto, his faithful Caucasian shepherd dog. He has been doing this for seven years. “What was the most difficult at the beginning were not the living conditions, but being far away from my wife and two children,” he says. 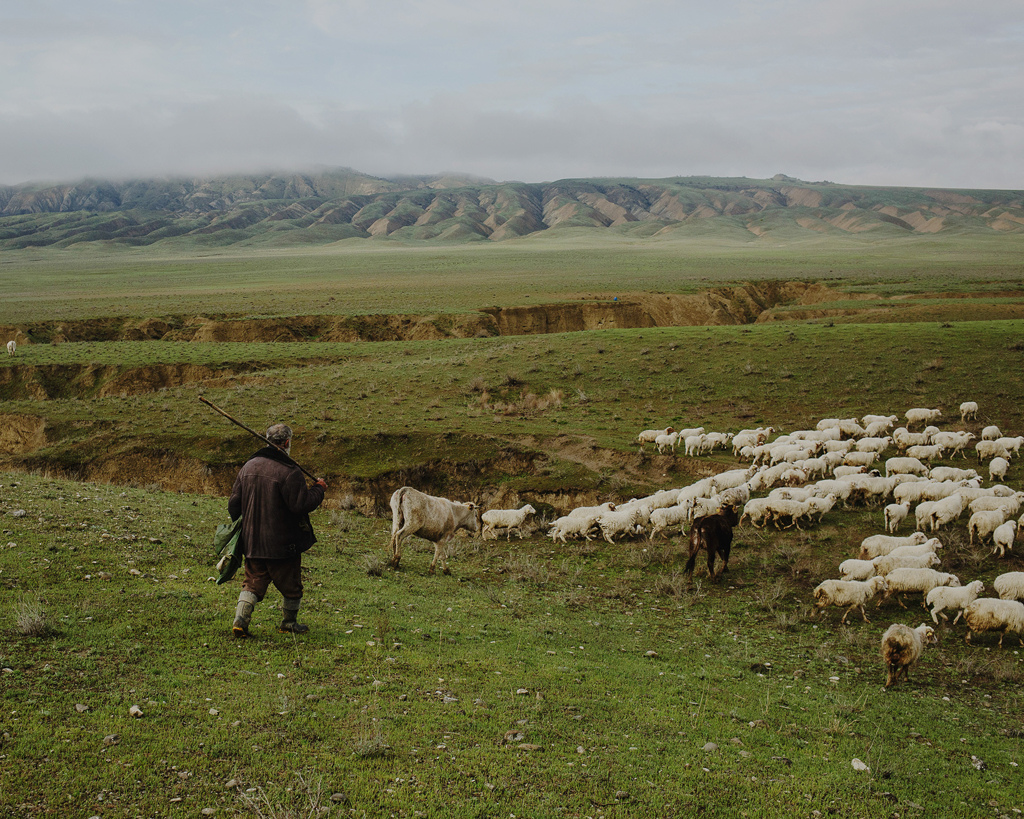 By 8:30, all the shepherds are back in the dormitory, gathered around a makeshift table to have dinner: potatoes, beans, cheese, and bread, simple and nourishing. They laugh as they discuss the day, gently teasing one another or telling funny anecdotes about their hometowns. Anzor is the most jocular, telling stories from his days on the Soviet kolkhoz or his many epic encounters with wolves. “We have to be in a good mood and respectful with each other, there is no other way when you share so much,” he says. 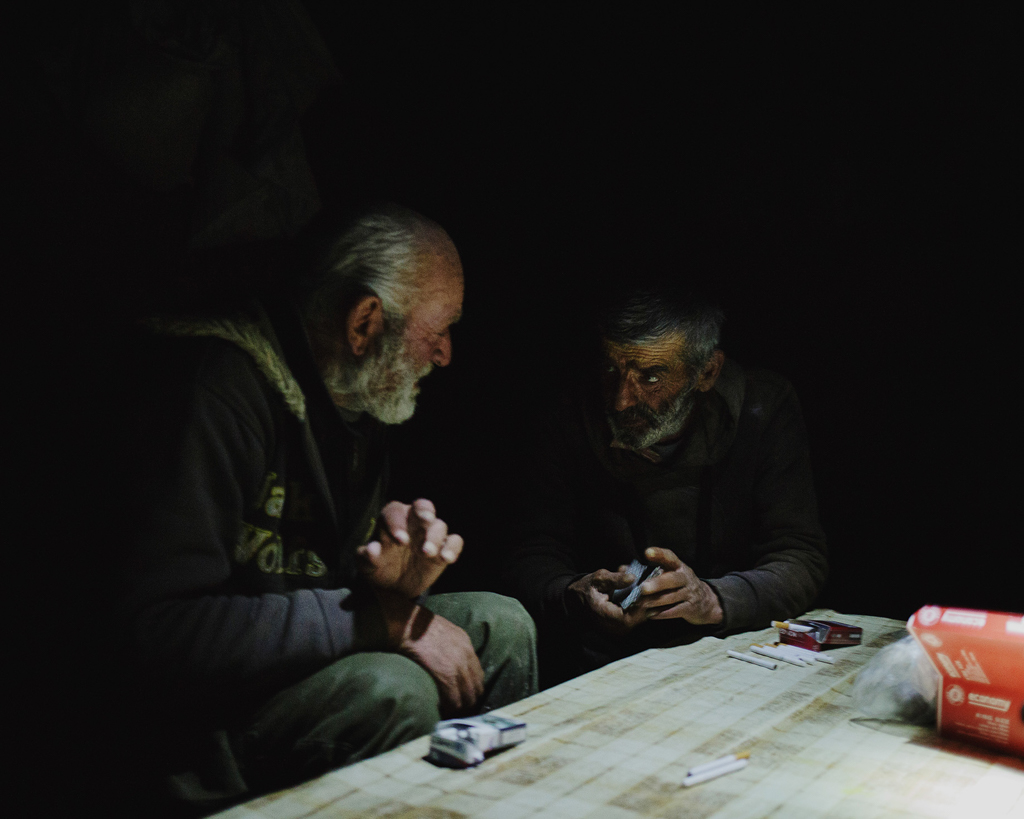 Exhausted by their long day, the shepherds usually go to bed not long after dinner. Occasionally, though, they stay around the small table to play cards and smoke cigarettes. Outside, the deep silence is intermittently broken only by the dogs, barking at the foxes, wolves and wild pigs lurking in the darkness.

Clément Girardot, a co-founder of Mashallah News, specializes on the Caucasus and Turkey. Julien Pebrel is co-director of Agence M.Y.O.P. Sign up for Eurasianet's free weekly newsletter.