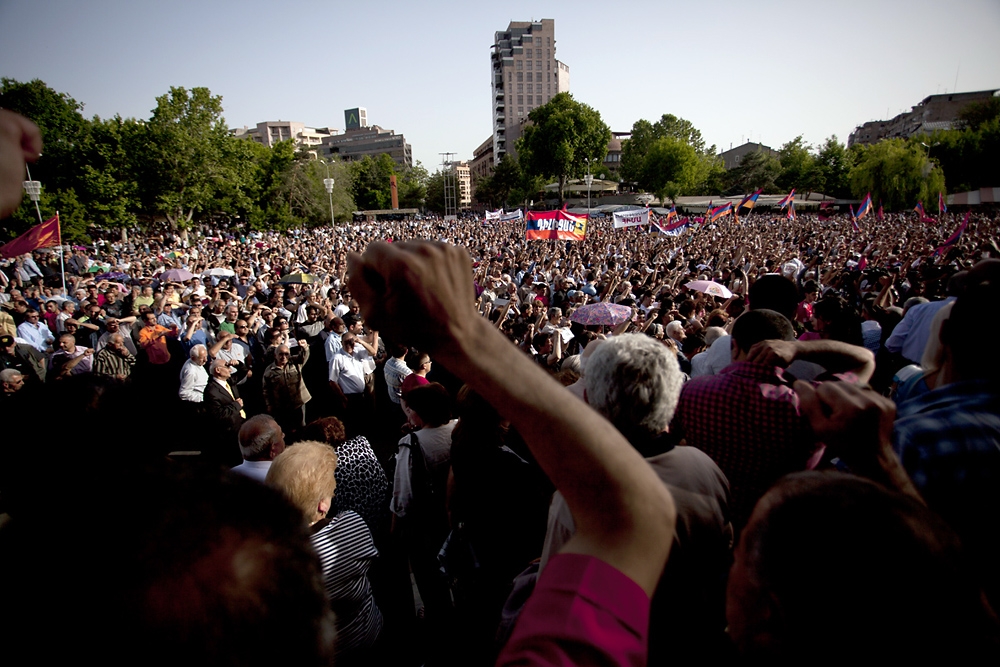 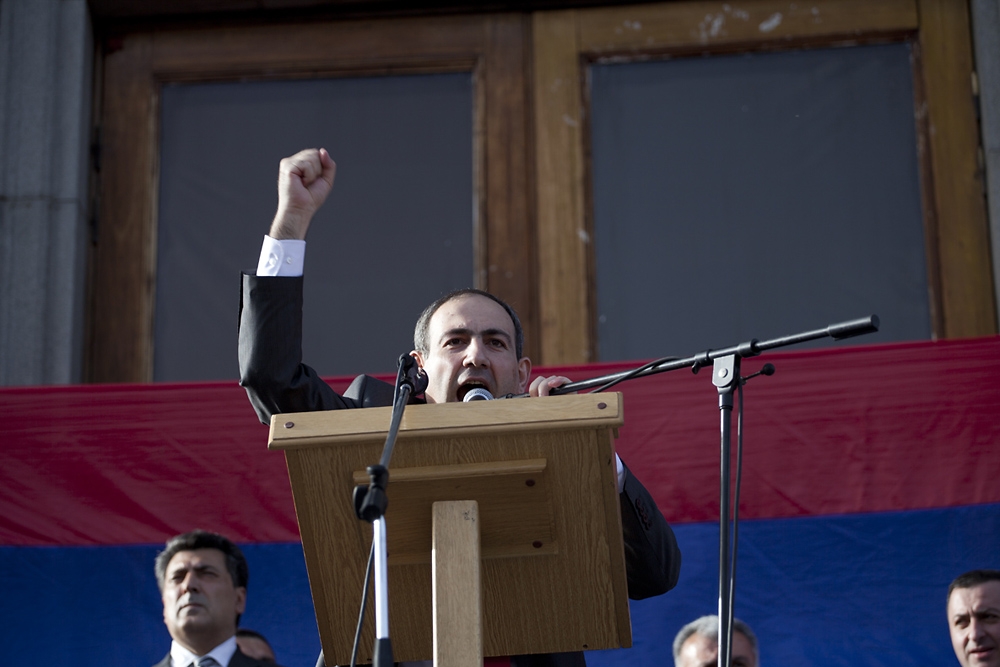 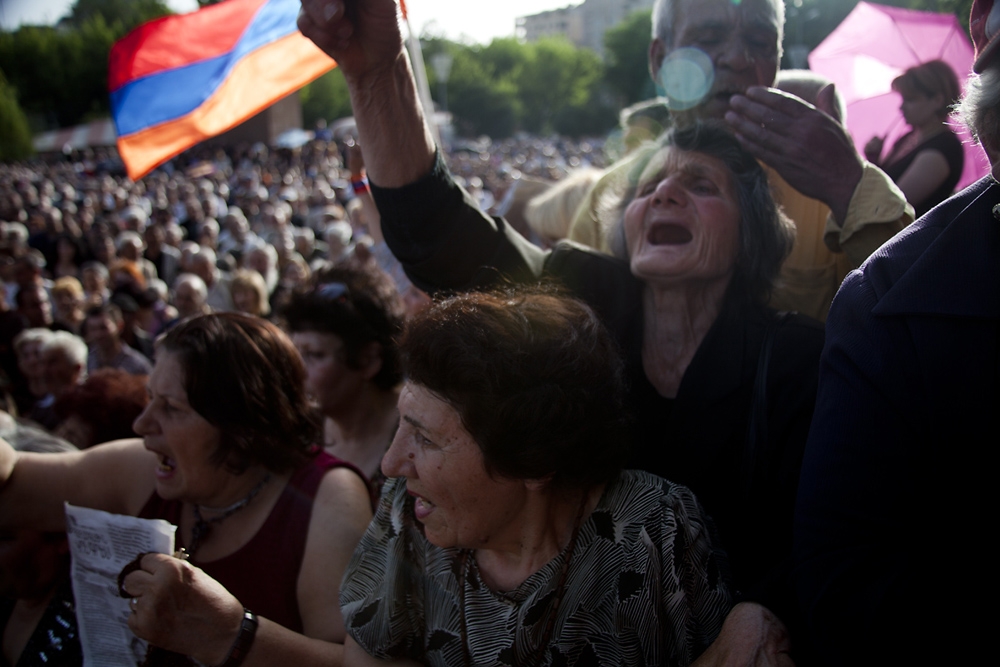 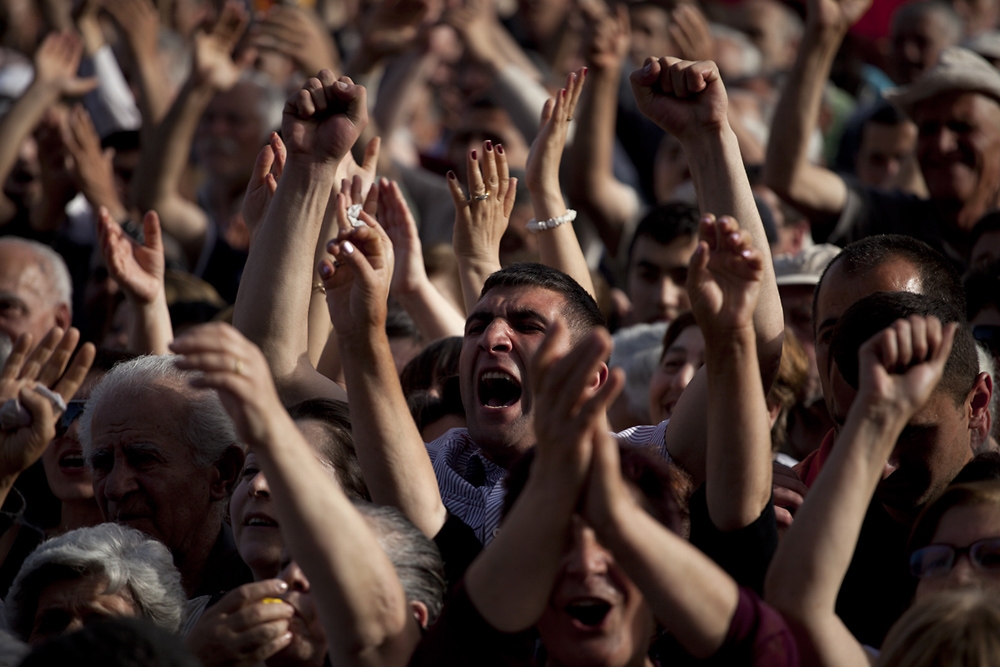 Supporters of the Armenian National Congress (ANC) - a bloc of government opposition parties - gathered in Yerevan's Liberty Square to celebrate the release of newspaper editor Nikol Pashinian and former parliament member Sasun Mikaelian. The two were serving prison sentences following the March 2008 post-election unrest in Yerevan. During the rally, Pashinian called for snap parliamentary and presidential elections in the Caucasus country.