The novel technique suggests that the government was struggling to manage the fallout from the disappointing results of the previous weekend's elections. 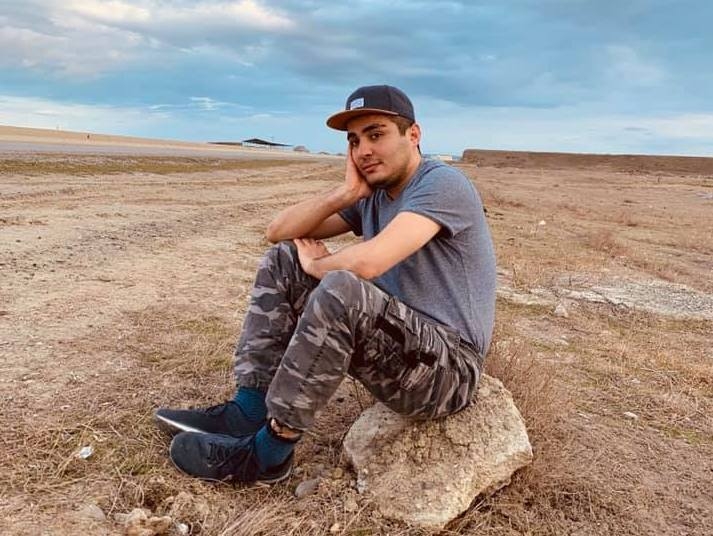 Opposition political activist Mehman Huseynov poses near where he was dropped off, 150 kilometers from Baku, after being detained ahead of a planned protest against fraudulent elections. (photo: Azadlig Qezeti, Facebook)

Adopting a technique used more often for stray dogs than with opposition protesters, the Azerbaijani authorities detained several activists in Baku and dropped them off hundreds of kilometers away.

The activists were rounded up just ahead of a planned rally February 16 against the fraudulent parliamentary elections held the weekend before. The protest was to be held at the headquarters of the Central Election Commission, where another protest had been violently broken up a few days before.

This time, though, the police were more pro-active.

Before the rally, several leaders of the organizations putting it on were detained, including the leader of the ReAl party, Ilgar Mammadov, the leader of the Musavat party, Arif Hajlili, and some members of a bloc of young, independent candidates in the elections including Mehman Huseynov and Ulvi Hasanli.

These men and several others were taken to a variety of remote locations and left to fend for themselves.

“As I was going to the rally, plainclothes [officers] kidnapped me right at the exit from my home,” Mammadov wrote later on Twitter. “Drove 160 km West of Baku. Waited for 20 mins. Drove back & dropped me 35 km away from home, near the nuclear waste facility in the middle of nowhere. Total 4,5 hours.”

Hasanli and Huseynov were dropped off together, about 150 kilometers from Baku. A photo of Huseynov looking comically forlorn in the desolate landscape went viral, epitomizing the absurdity of the situation. OC Media documented several more of the abandonees, who were left either in small groups or alone in a variety of directions out of Baku.

Meanwhile, many others who actually made it to the site of the protest were detained as well. The independent news site Meydan TV counted 61 total detained.

The technique of taking a protest organizer out of the city is not unheard of – the Azerbaijani authorities themselves did it in the last election protest. But then, the protesters were only taken to a district outside the city center. “Azerbaijan takes it to a real extreme by taking them several hundred kilometers away,” Giorgi Gogia, the associate director of Human Rights Watch’s Europe and Central Asia division, told Eurasianet.

“I have seen them use this method a lot before, in 2012 and later, but they would leave the protesters in Baku suburbs/outskirts, rather than in the regions,” he said.

The February 9 snap elections were called in December; the ruling party justified the early vote (it had originally been scheduled for the fall) by the need to accelerate a much-vaunted “reform” agenda in the country. The promises of reform were made often enough that even many in Azerbaijan’s long-suffering opposition believed them.

But what happened subsequently – openly falsified results, a largely unchanged composition of parliament, and a growing crackdown on those who protest the falsification of the vote – more and more call into question what the government was thinking. Suffice it to say it is not going according to plan.