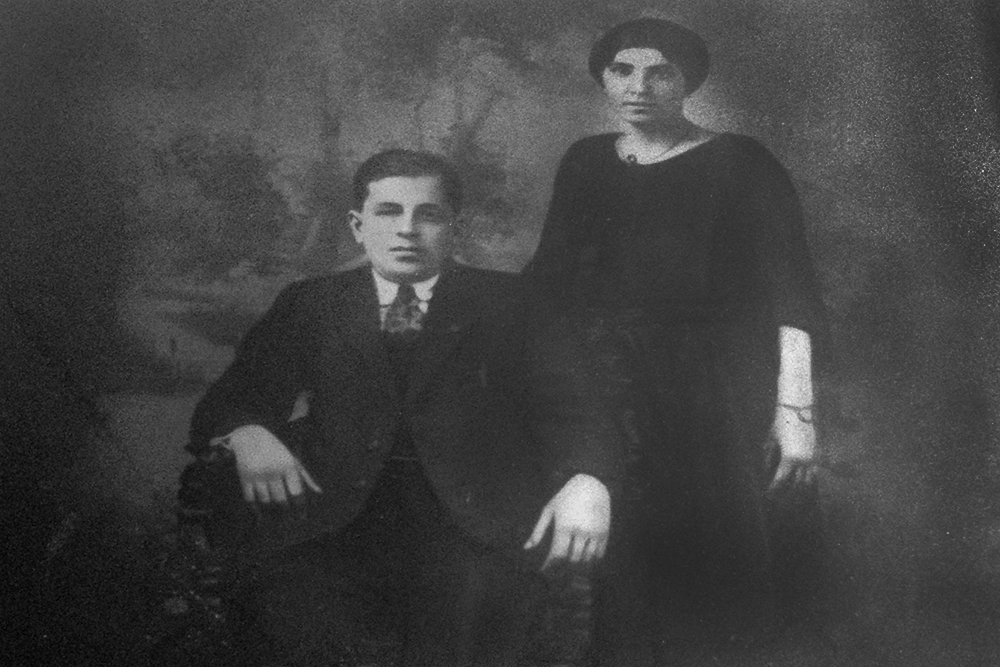 They came by the hundreds, even thousands — ethnic Armenian women who had survived the World-War-I-era massacres in Turkey and were brought by ship to the United States to meet the equally anxious Armenian men, complete strangers, who would become their partners for life.

Love was scarce, but the hunger for survival wasn’t. In a patchwork-effort to reconstruct Armenian bloodlines and the culture that had been lost dur-ing the violent upheaval of 1915, the phenomenon of the 1920s Armenian picture-brides foreshadowed modern dating agencies and changed the course of the Armenian Diaspora forever.

Their passages were organized by informal networks of friends, family and Armenian-American communities; often, the prospective husbands had only seen a photo of their brides-to-be.

Both of 63-year-old Los Angeles realtor Dianne Bedrosian Ohanesian’s grandmothers were picture-brides. In fact, every woman in Ohanesian’s ex-tended family was matched up with an Armenian husband who had emi-grated to the US years before.

Within Armenians’ family-centric culture, such marriages were seen as critical for the survival not only of an individual family, but the Armenian na-tion at large.

“Whenever they could get a sister out, she was supposed to bring others with her and there were men ready,” Ohanesian said of her own family. “I’ve been floored reading about it. It amazes me what they went through and how their lives were so different.”

Ohanesian’s paternal grandmother was marched with relatives as refugees from Kessab in northwestern, Turkish-controlled Syria to the deserts of Deir ez-Zor in the east. Another brother kept her hidden in an abandoned struc-ture until it was safe for her to escape.

“We heard there was a younger brother who died on the march,” Ohane-sian said.

A brother who already lived in the United States eventually paid for her travel to Cleveland, Ohio. When she arrived, her husband-to-be was wait-ing for her.

Her maternal step-grandmother, who had been seized by a Turkish man and bore a child by him also came to Cleveland from Malatya, Turkey. Her brother, who secured her passage, had also been living in the U.S. and she was asked to bring another woman along for him to marry. However, she was forced to leave her child, a daughter, behind. She never saw her again.

Before she married Ohanesian’s biological grandfather, her prospective groom was a divorced Armenian man — a choice that reflected her step-grandmother’s “damaged” status since she had had a child out of wedlock.

The family of 58-year-old hair-salon employee Debbie Hovasapian, a resi-dent of Onset, Massachusetts, has a similar history. Hovasapian’s paternal grandfather, Hovsep, escaped Turkey in 1915 and, after time spent in France and Argentina, settled in Watertown, Massachusetts, still an Arme-nian-American stronghold today. There, he met two ethnic Armenian broth-ers, who wanted to see their Istanbul-based sister married and safely living in the US.

Hovasapian’s grandmother, Helen, had been living in Istanbul with a Turk-ish family after fleeing her hometown of Arabkir in Turkey’s eastern Malatya region.

Hovsep Hovasapian, by then a naturalized US citizen, agreed to be the groom. In 1929, he traveled to Cuba to meet and marry the sister, sight un-seen.

“All I know is that they said they have a sister who needs help to get in this country, and at that point, it had been almost 12 years that my grandfather had been here,” recounted Debbie Hovasapian. “He was single and he said ‘yes.’”

To avoid immigration regulations that put stringent restrictions on spe-cific ethnic groups, including Armenians, many couples like the Ho-vasapians initially traveled to Cuba, already the site of a growing Di-aspora community, before coming to the US.

As of 1929, under the Johnson-Reed Immigration Act , the quota for Armenians stood at 124 people per year. Armenian men, who had become American citizens, found a way around this by meeting their potential brides in Cuba, getting married through the US consulate and making their way back to the US with their wives.

“It was a backdoor to the US,” commented Isabel Kaprielian-Churchill, a California State University, Fresno professor of Armenian history and the daughter of a picture-bride. “It was a very important passage to the United States.”

The practice of arranging such marriages gave way to the development of ethnic Armenian communities across North America, with churches, politi-cal parties and organizations taking shape as a result of these unions, said Kaprielian-Churchill, who has written on the phenomenon in the Journal of American Ethnic History. Today, the continent contains one of the world’s largest Armenian Diaspora populations.

“They started new families and they kept the Armenian life alive,” she said. “In one way or another, the man needed the woman and the woman needed the man.”
The marriages, though, were sometimes fraught with deception — in one instance in Québec City, Kaprielian-Churchill wrote, a man who had de-scribed himself to his prospective Armenian bride as a barber with a big house proved to be an unskilled laborer sharing a house with another man.

In another case, a man kept his newly arrived picture-bride in a room by herself for some time until they married. Quite short and plump, he feared that she would like someone else better and run off.

Despite this, the majority of these couples, although at first strangers, ap-parently managed to make a life together.

“There was a lot of respect, and, gradually, love,” Churchill said.

“We knew she had the arranged marriage growing up and we never thought twice about it,” said Debbie Hovasapian in reference to her step-grandmother. “It was just wonderful.”

On the 100th anniversary of the massacres this April 24, the picture-brides’ American-born grandchildren are reflecting back on the stories that not just changed their families, but ensured the continuation of their heritage, as well.

“It was like they were bringing their own people and restarting their village,” said Ohanessian, whose grandmothers married men from their hometowns. “I’m grateful that they survived and got here, so I could have this great place to live.”