Former Soviet states are coming together to mourn the death of Gia Kancheli, who personified a positive memory from their shared past. 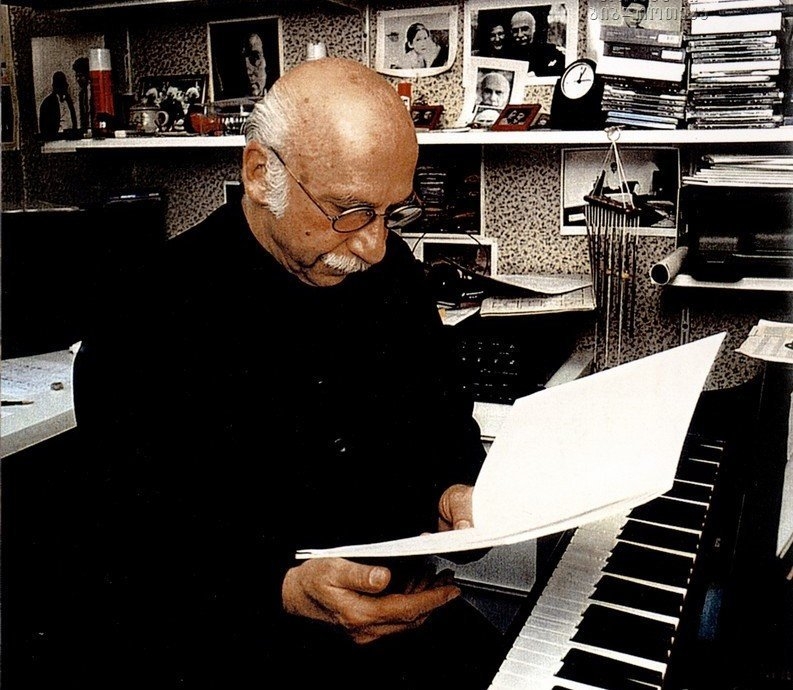 You cannot be from the former Soviet Union, or claim familiarity with the region, and not know the 1977 comedy film Mimino and its signature tune, Chito-Gvrito. The composer of the beloved song, Gia Kancheli, died on October 2 at the age of 84, and fans from Ukraine to Uzbekistan are paying tribute to the man and the movie that represented a bright spot in the dark of the USSR’s “stagnation” era.

Vakhtang Kikabidze, the actor who played the main character in Mimino – a pilot from a small Georgian village with a dream to fly for international airlines – also performed the theme song, and to this day he is asked at concerts around the region to sing Chito-Gvrito. Having grown tired of his own hit, Kancheli once joked that the song spread “like an STD.”

While Kancheli is best remembered at home for his theatre and film scores, his musical language was so diverse that he achieved renown across genres, decades and continents. In the West, Kancheli was highly regarded for his orchestral oeuvre. His symphonic music, often wistful and valedictory, was performed in New York, Berlin and London.

As a composer in the Soviet Union, fame did not come easy for Kancheli. He recalled struggling to learn about music from the outside world, getting access only to the scraps that made it through the Iron Curtain. Some Soviet critics and composers found his early works too decadent for a state that discouraged eccentricity and excess. “One seasoned Soviet composer, speaking at a [Communist Party] plenum, said that ‘I brought morphine to Georgian music,’” Kancheli would reminisce.

His stage and screen music ran the gamut: from the lugubrious, dulcet strains of the theme for 1972 drama When Almonds Blossomed; to the uplifting beats of Chito-Gvrito; to the satirically phantasmagorical score for the iconic Georgian stage rendition of Bertolt Brecht’s Caucasian Chalk Circle; and “Kin-dza-dza!” a delightful 1986 Soviet sci-fi oddity.

A delicate balance between optimism and melancholy was the hallmark of Kancheli’s film music, perhaps best captured in the themes for the late Soviet-era Georgian comedies, the Eccentrics and Blue Mountains. His works were often very Georgian, borderline folkloric, but his bittersweet musical world far outgrew his homeland.

Following the breakup of the Soviet empire, Kancheli moved to Berlin and then Antwerp, where he served as a composer-in-residence for the Royal Flemish Philharmonic. He had recently returned to his native Georgia as his health declined.

“In cinema and theatre, I’m but a supporting role,” said Kancheli in his last TV interview. “But when I’m left alone with myself [to create symphonic music], I become everything: the scriptwriter, the director, choreographer, the lighting operator and the photographer, and I’m trying to create my own theatre.”