Pre-coronavirus, the Caucasus was liking the Chinese tourism bump. Now what?

Their numbers were growing fast, but Chinese tourists were a tiny fraction of the total. 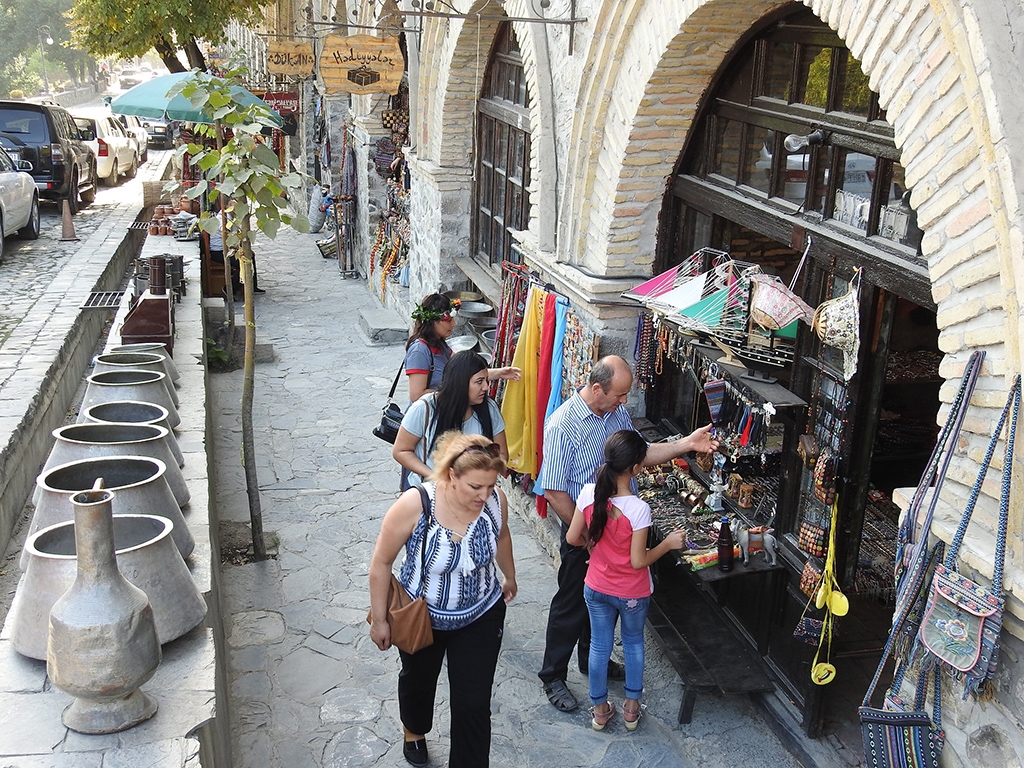 A tourist shop in Sheki, Azerbaijan (Shankar S./Flickr CC BY 2.0)

Armenia, Azerbaijan and Georgia have bet big on tourism in recent years. Officials in the three South Caucasus nations equate tourists with economic growth, diversification and new jobs. And they know that in the global hospitality industry, the new money comes from China.

That’s a problem, now that China is on lockdown battling an outbreak of coronavirus.

Prior to the outbreak, the countries had been relaxing visa requirements for Chinese tourists – the world’s largest group in size and spending, according to a 2019 report from the UN’s World Tourism Organization.

Chinese tourists could get a relatively seamless e-visa to Georgia. Azerbaijan offered e-visa and visa on arrival. Last May, Yerevan and Beijing concluded negotiations to allow each other’s citizens visa-free travel for a period up to 90 days (making Armenia one of 31 countries offering visa-free travel for Chinese citizens). China has also begun adding the countries to its so-called Approved Destination Status program, allowing tour groups to visit: Georgia received ADS status in 2012, Armenia in 2016, and Azerbaijan looks likely to receive this seal of approval soon.

But on February 1, after it had been in effect only a few weeks, Yerevan temporarily suspended its visa-free regime with China until the end of March. Azerbaijan and Georgia have not yet imposed any blanket travel bans on Chinese visitors, but are surely affected by the worldwide plunge in travel. All regional carriers have stopped servicing China.

The silver lining here is slight, and only visible to a dyed-in-the-wool optimist: Yes, the influx of Chinese tourists to the region has skyrocketed – increasing by 40 to 50 percent last year over 2018 – but the number of Chinese visitors remains low. By the Georgian National Tourist Administration’s estimates, only about 50,000 Chinese citizens visited Georgia last year; numbers for Armenia and Azerbaijan are lower, around 15,000 and 25,000 respectively. They simply don’t compare to the Russian visitors in the region. (Russian tourists comprised 19 percent of inbound visitors to Georgia in 2019, or 1.47 million, even with the Kremlin travel embargo in June).

Fortunately for hoteliers, peak tourism season is five or six months away. If the coronavirus is still raging in July, the South Caucasus will have bigger worries than this still-slim portion of visitors.