Previewing 2019: A view from our regions

Turning to the year ahead, we outline the big trends in the Caucasus and Central Asia. 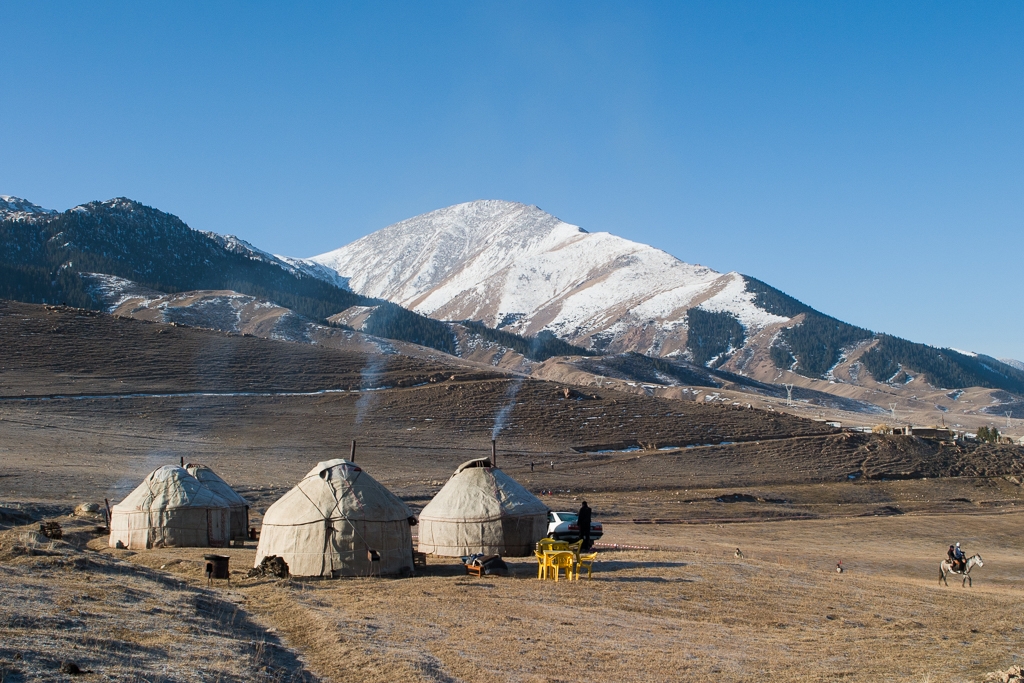 Our regional editors preview the stories they expect to cover in the coming year. 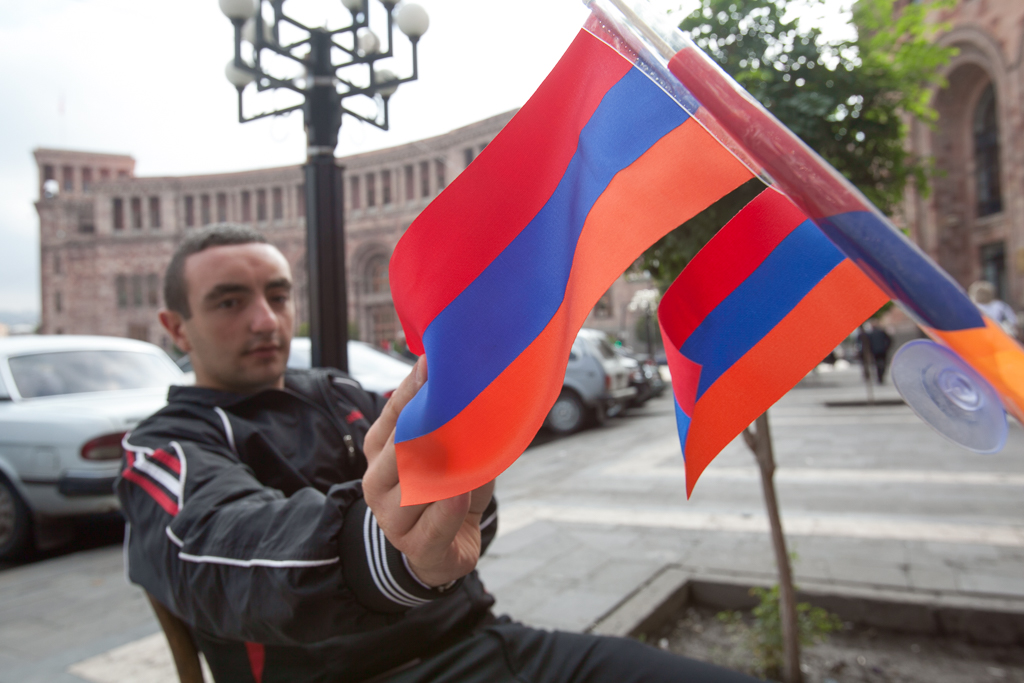 After winning decisively in December’s parliamentary elections, Prime Minister Nikol Pashinyan enters 2019 in control of all branches of government. This should give his post-revolutionary government a strong hand to deliver on its promises: to reverse the country’s long-standing economic decline and the corresponding population exodus. Pashinyan has offered few tactical specifics, but his party’s official program suggests a strongly pro-market approach. Along with the opportunity, however, come substantial risks to Pashinyan: He has dramatically raised expectations and now has no more excuses if he fails to substantially improve Armenians’ living conditions. Meanwhile, ties with Armenia’s strategic ally, Russia, are tense; and the new government faces international expectations to reenergize diplomatic negotiations with Azerbaijan. 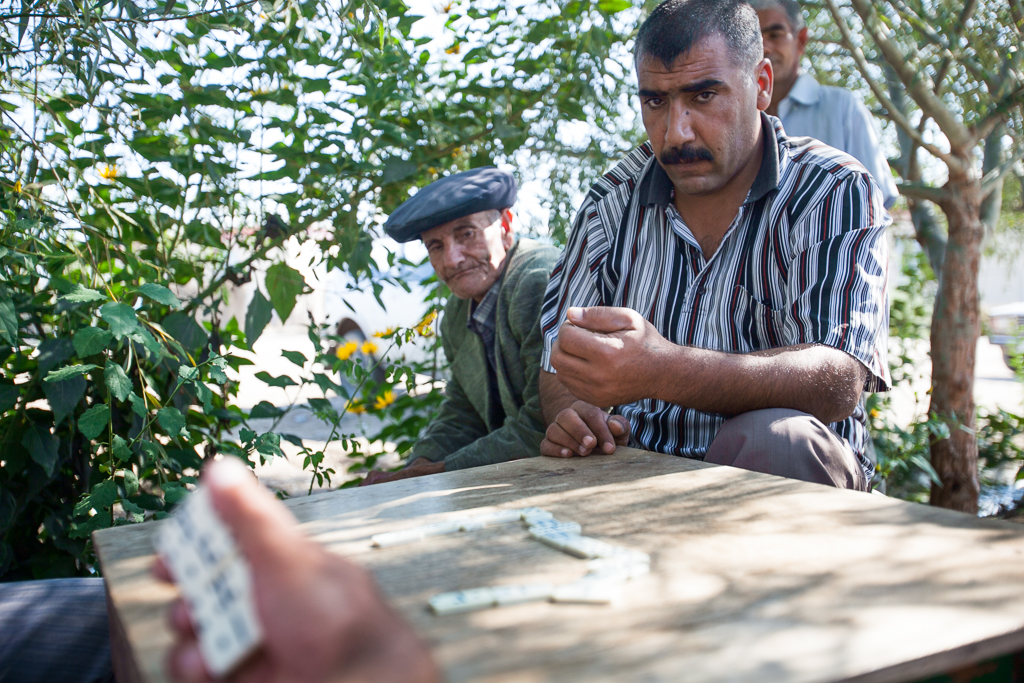 In December, President Ilham Aliyev tweeted that “The year 2019 will give a new impetus to the Armenia-Azerbaijan Nagorno-Karabakh conflict settlement process.” It was a departure from his typically aggressive rhetoric, and while no one is so naïve to believe that peace will be easy, 2018 gave some reasons for optimism. International monitors noted a significant drop in ceasefire violations after Aliyev met Pashinyan and the two sides agreed to create new communications channels. And in Armenia, as well, rhetoric against Azerbaijan was notably softer over the past year. With a new government in Yerevan that has the potential to shake things up, Azerbaijan likely sees this as its best chance in ages to break Karabakh’s status quo. Domestically, meanwhile, the ruling family appears well entrenched: Aliyev won a fourth presidential term in farcical elections in 2018 and now is slated to run Azerbaijan until 2023 – at least. 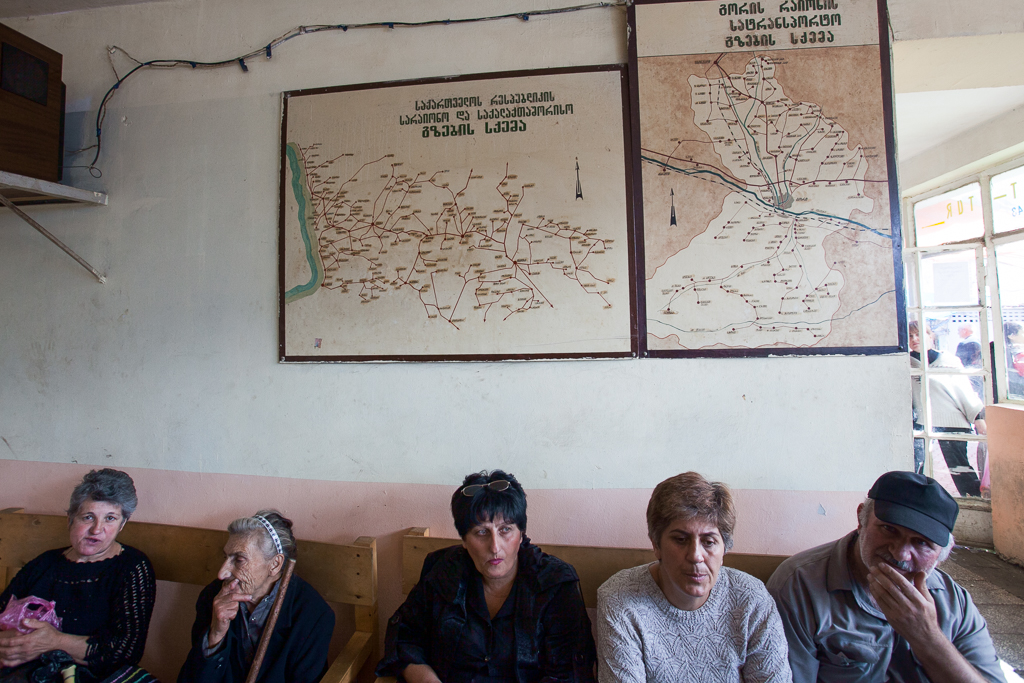 After eking out victory in a surprisingly close presidential race at the end of 2018, the ruling Georgian Dream party finds itself unexpectedly vulnerable. Parliamentary elections are scheduled for 2020, so this year is likely to see spirited political jockeying between Georgian Dream and its emboldened opponents. This could spill over into the country’s intensifying culture war, which in 2018 saw battles over Tbilisi’s libertine social scene, LGBT rights, and recreational drugs, and shows no sign of abating in 2019. Relations with Russia did not get better in 2018, with continued spats over Georgia’s cooperation with the West. But they did not get worse, either, and 2019 promises to see more stagnation between Tbilisi and Moscow. 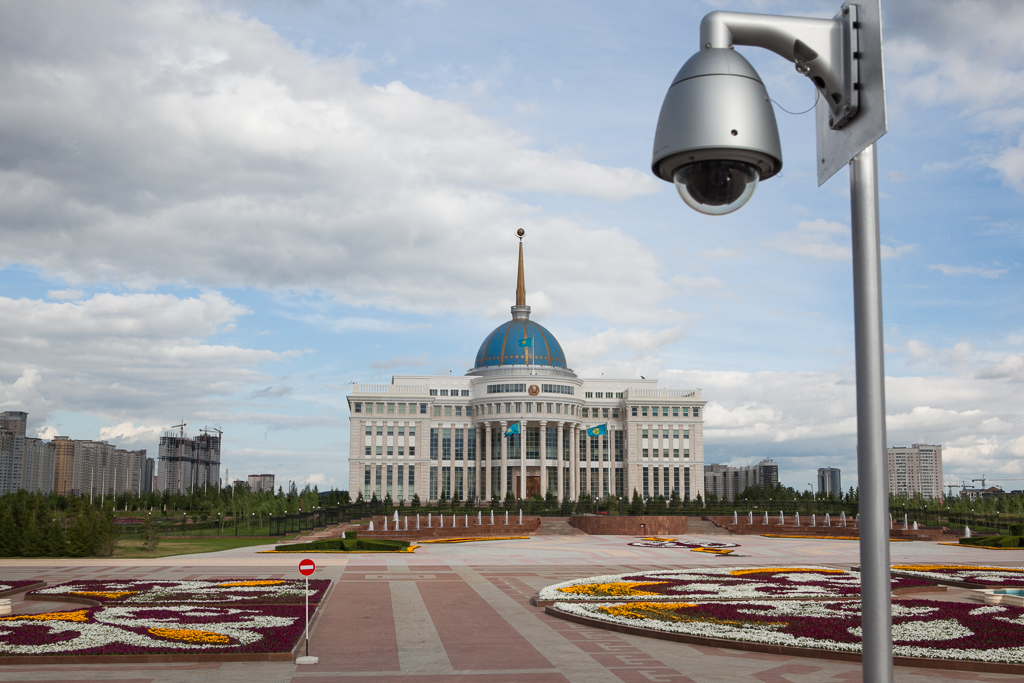 Perhaps sensing his support may be slipping, President Nursultan Nazarbayev has taken to crowd-pleasing. In that spirit, he announced in October that the official minimum salary would be hiked 1.5-fold as of January 1. That means more money for police, doctors, teachers and all kinds of front-line state employees. Meanwhile, utility tariffs will go down, he has promised. Perhaps the most closely watched developed will be the long-awaited reforms to the police force, which has come under growing criticism from the public. The emphasis here will be on cutting numbers while raising salaries and increasing the professionalism of rank-and-file officers. And it would not be Kazakhstan if people did not continue to predict that Nazarbayev, 78, may at some point stun his subjects by announcing his intentions to relinquish power. The next presidential election is due in 2020, so if this seismic event were to transpire, the signal would have to come in 2019. This is all parlor chatter, however. Nazarbayev will, in some shape or form, rule so long as he is alive. Although Kyrgyzstan has long enjoyed a reputation as the most rambunctious Central Asian nation, the truth is that the past few years have seen little serious political unrest. Last year was marked by an unseemly tiff between the president and his predecessor, but with the latter’s inexorable loss of influence that confrontation appears to be over bar the shouting. President Sooronbai Jeenbekov is a dour, slowly-does-it kind of guy. The mainstay of his rule (and that of his spurned ex-mentor) has been on fixes to keep the economy ticking along and improve living standards, if only incrementally. One measure that will be eagerly embraced by entrepreneurs is the two-year moratorium on snap inspections of businesses – long a lucrative sideline for bribe-seekers. Elsewhere, in a move that will hopefully make Kyrgyzstan’s capital slightly safer, traffic cameras will be installed at some major junctions. 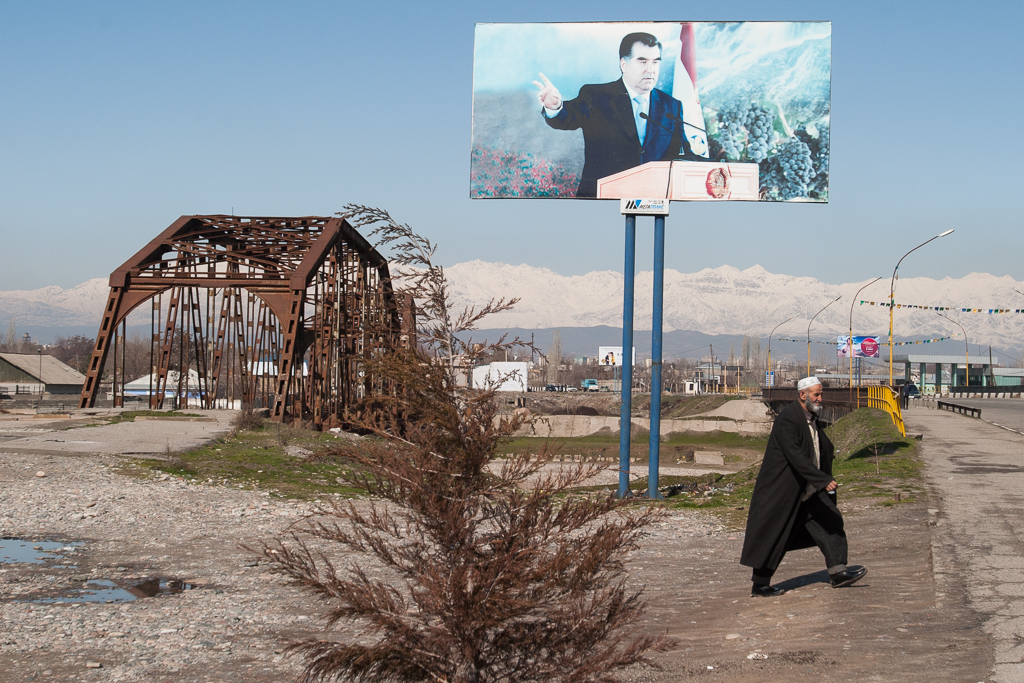 The chattering classes keep awaiting some momentous breakthrough, only to be disappointed at every turn. The event of 2018 was without a doubt the November 16 ceremony to mark the commissioning of the first power-generating turbine out of the six planned for the giant Roghun dam. Ahead of that happening, rumors abounded that President Emomali Rahmon might seize on the euphoria to announce his departure from power, giving way to his 31-year-old son, Rustam Emomali. Elsewhere, there was hopeful talk Rahmon might release political prisoners. But nothing. So 2019 will bring more waiting and seeing. The economy is still in doldrums, and the exiguous amounts of energy being produced by Roghun will change little for the foreseeable future. Repression remains the order of the day on the political front. The main challenges will be to avoid unrest – ever a danger – service the nation’s growing debt pile and hope some unforeseen disaster doesn’t strike. 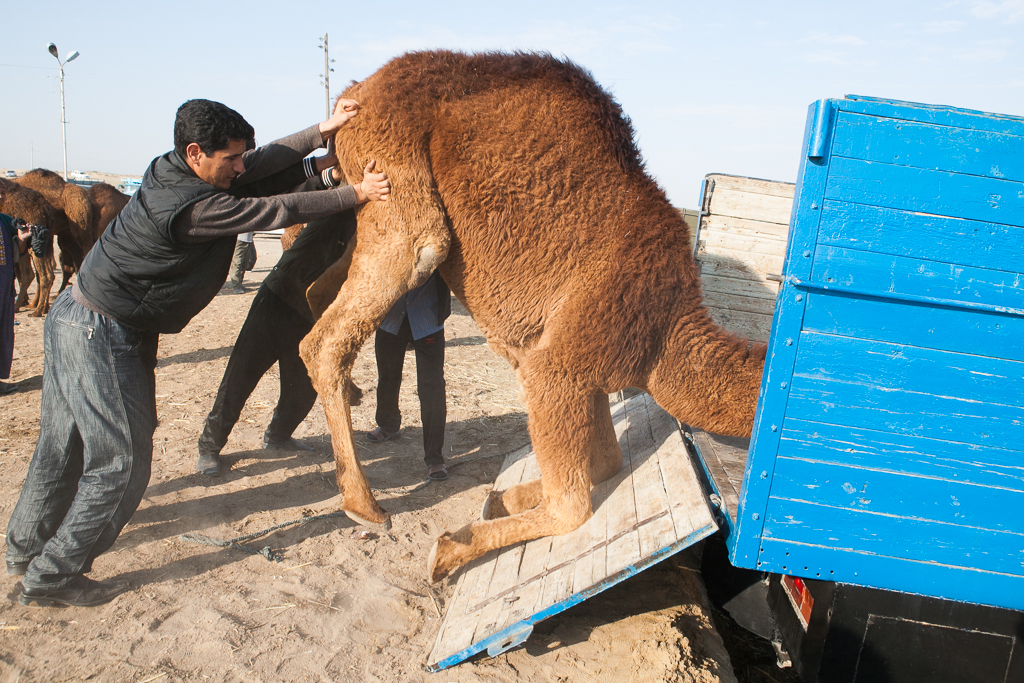 Gurbanguly Berdymukhamedov has contrived to sail his sparsely populated and yet energy-rich nation into a Venezuela-lite crisis of breadlines and cash shortages. Still, he is nothing if not an optimist. The government is still confident that the project to build the TAPI pipeline from Turkmenistan, through Afghanistan and Pakistan, to India is still on track. The inauguration of the start to work on the Pakistan section is slated for March. Russia’s Gazprom intimated in October that it could resume buying Turkmen gas from this month following a three-year hiatus (there is still no confirmation whether this has happened yet, however). For regular citizens there is no sign of respite from hardship. To make things that little more difficult, the water, gas, and electricity that used to be provided free to households will now be metered and subject to a charge. 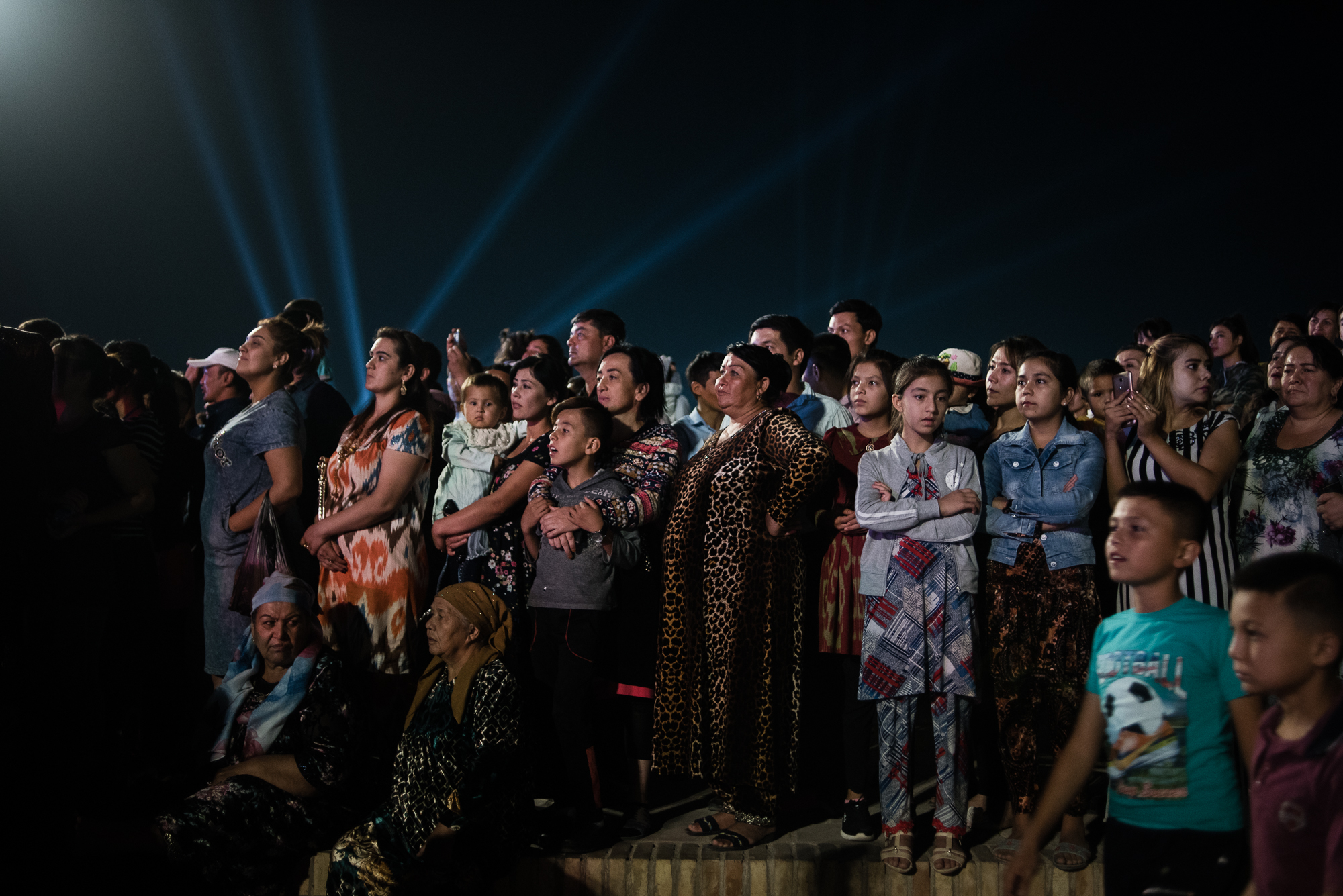 With thoughts of political reform firmly on the back-burner, it is all about the economy in Uzbekistan. In his end-of-year address to parliament, President Shavkat Mirziyoyev announced that 2019 is to be designated the Year of Active Investments and Social Development. The stated objective is to draw $4.2 billion of foreign money into the local economy. Mirziyoyev is basing his projections on the sovereign rating assessments recently provided – for the first time – by Fitch Ratings and Standard & Poor’s. A lot is hinging on outside investment giving Uzbekistan a jolt. Mirziyoyev says he wants the state to give way to the private sector in improving people’s lives. While economic liberalization has made important strides, the most tangible outcome regular citizens have perceived is the rise in the cost of groceries. Worryingly, the International Monetary Fund is projecting a further uptick in inflation in 2019. Since no real opposition parties are allowed to operate, however, this is unlikely to have much bearing on parliamentary elections in December.