Bakhtiyar Hajiyev, one of the government’s most vocal critics, was charged with hooliganism in a case many believe is connected to his activism. Now he’s on a hunger strike. 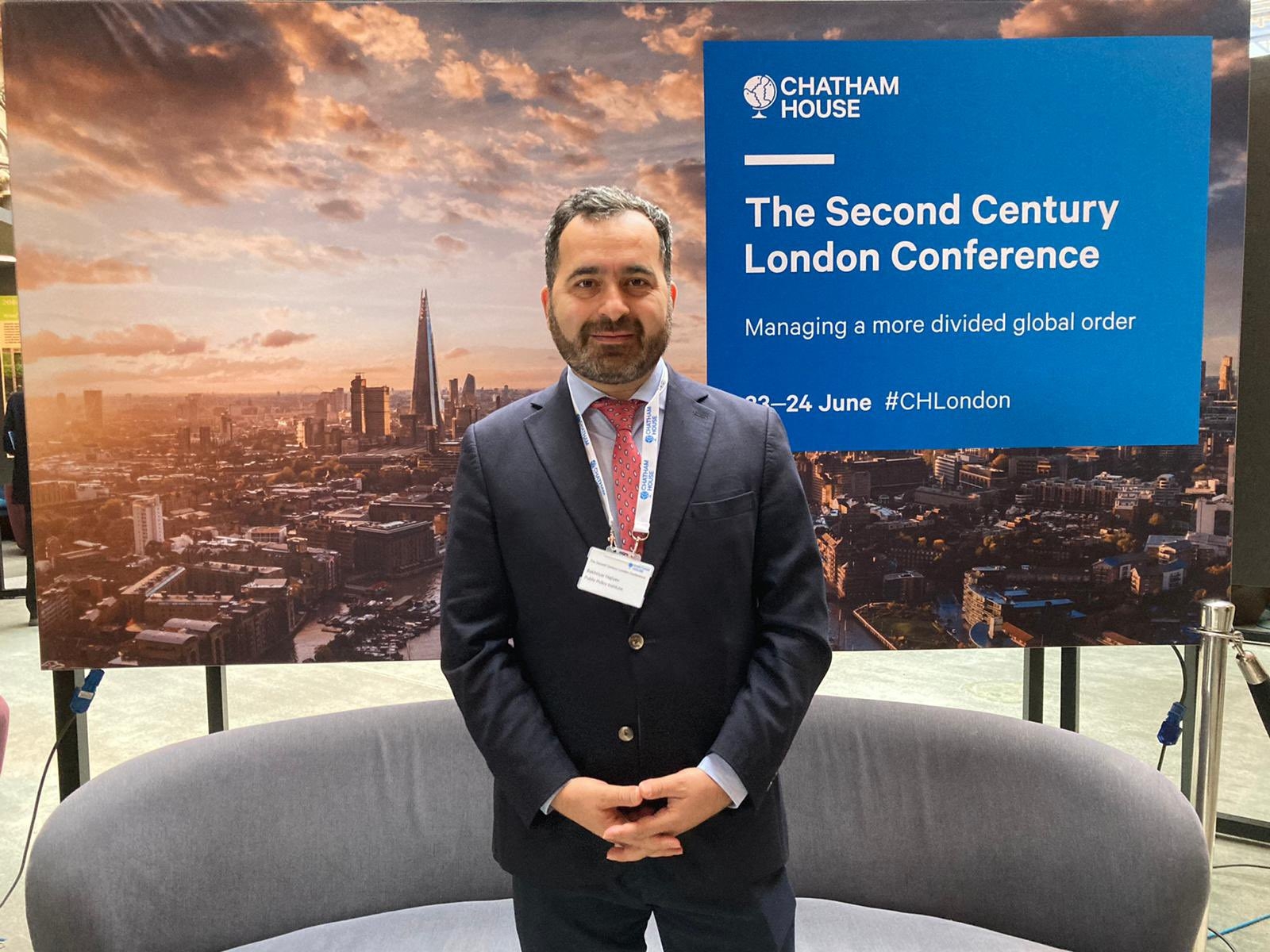 Prominent Azerbaijani activist Bakhtiyar Hajiyev has been in detention for two weeks, and a hunger strike for more than a week, in a case many in Azerbaijan connect with his work with American and European diplomats.

Hajiyev was arrested on December 9 on charges of hooliganism and contempt of court and a Baku court sentenced him to a month and 20 days of pre-trial detention. If found guilty, he could face a prison term of between two and five years.

The charges are connected to a long-running legal quarrel with his neighbor, celebrity journalist Ulviyya Alovlu. Alovlu has accused Hajiyev of not giving her a kitten that he had promised her after the two agreed to mate their pets. In October 2021, in leaked footage from a courtroom in a hearing related to the kitten dispute, Hajiyev appeared to hit Alovlu’s table with some papers in his hand.

He was charged with hooliganism, but his lawyer said that the lawsuit was “manufactured” because of his political activism.

It wasn’t clear why the year-old issue necessitated Hajiyev’s detention now, but many believe he is instead being targeted because of a recent United States decision to sanction an Azerbaijani official.

On December 9, hours before Hajiyev's arrest, the U.S. State Department released a list of individuals from around the world whom it sanctioned for human rights abuses. On the list was police Colonel Karim Alimardanov, infamous for reports he has tortured Azerbaijani activists in detention. He was the first Azerbaijani official to face international sanctions.

Rufat Safarov, director of local human rights group Defense Line, told independent news agency Turan that part of the reason for Hajiyev's arrest was his involvement in talks with Western diplomats on sanctions.

While Alimardanov is just a single case, "it's a political burden for the government," Safarov said. "If the repressive environment doesn't change, [the list of sanctioned people] can expand, with many more generals, police chiefs, or ministers." He said that Hajiyev’s arrest was occasioned by the sanctions and Hajiyev’s “enthusiasm” about them.

Others dispute the sanctions connection and say that the arrest indicates a still-further declining tolerance of criticism.

Following Azerbaijan’s victory in the 2020 war over Armenia, “we saw some signs that the government felt a little more confident in the face of criticism, it seemed that they had become more tolerant, but over time this image has faded,” said Anar Mammadli, head of the Election Monitoring and Democracy Education Center, in an interview with the BBC’s Azerbaijani service.

Hajiyev’s arrest also coincided with a visit he had just made to Prague for a meeting of civil society groups of former Soviet republics. The arrest was “just a day after our Annual Assembly in Prague,” the Eastern Partnership Civil Society Forum wrote on Facebook. “The Azerbaijani National Platform of the EaP CSF is calling this arrest political.”

Hajiyev has now been on hunger strike for eight days and has lost four and a half kilograms, another of his lawyers, Shahla Humbatova, reported. Rights defender Zaur Akbar wrote on Facebook that Hajiyev is suffering from dizziness and often loses his balance.

There have been many calls from foreign governments and organizations calling for Hajiyev’s release. On December 20, U.S. State Department spokesperson Ned Price said that the U.S. was “troubled” by the arrest of Hajiyev and urged the Azerbaijani government to free the activist “expeditiously.”

On December 23, a rally was organized in the center of Baku in support of Hajiyev. The rally was dispersed immediately and more than 30 people were detained. Tofig Yagublu, another prominent opposition activist, was arrested for a month on hooliganism charges.

A graduate of Harvard’s Kennedy School of Government, Hajiyev ran for parliament in 2010 and 2020. He has already served a year-long prison sentence for evading his mandatory army service.

He had been running an independent activism space in Baku, the Caspian PlatForum, which holds movie screenings and lectures as well as political appearances and press briefings, including by opposition figures.