The way a small European country jumped onto a list of Russians’ perceived enemies highlights the power of state propaganda. 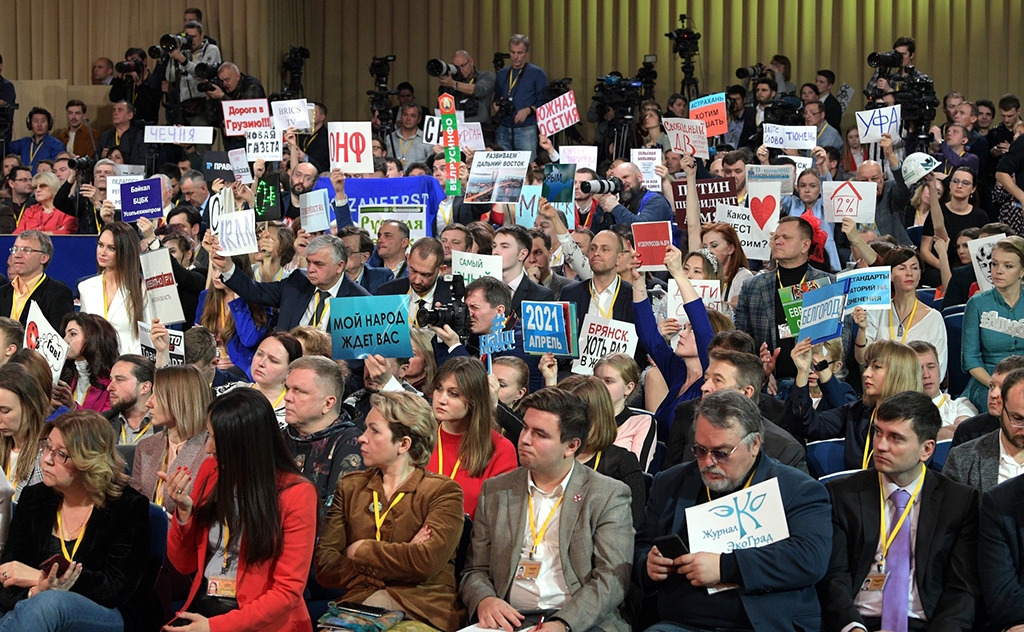 Russia’s latest “enemies” list highlights the power of state propaganda in shaping public opinion. The list, released by a prominent Russian pollster, is topped by the usual suspects – the United States, Ukraine and the United Kingdom. But the Czech Republic surged into the top 10 after finding itself on the receiving end of a Russian disinformation blitz earlier in 2021.

The Levada Center, Russia’s most internationally respected public opinion research organization, released in mid-June its annual top 10 lists of countries viewed as friendly and/or hostile toward Russia. The lists were based on polling done in May.

Not surprisingly, the United States remained firmly ensconced as Russia’s top enemy, with fully two-thirds of those polled viewing Washington as hostile. Ukraine occupied second place, with 40 percent of respondents characterizing Kyiv as an enemy, while the UK took third with a 28 percent “hostile” rating.

Other perennial “baddies” included the three Baltic states, Poland and Georgia. Germany, meanwhile, had the singular distinction of making both the friends and enemies rankings. The lone new entrant on the enemies list was the Czech Republic, debuting in ninth position.

On the surface, Prague’s inclusion seems like a head-scratcher. But a scandal in mid-April vaulted the Czech Republic into the top enemy table. The scandal traces its origins back to an explosion at an arms depot in 2014 in an eastern region near the border with Slovakia. The blast occurred at a time when warfare between Russia and Ukraine was intensifying.

The cause remained a mystery until April 17, 2021, when Czech authorities said they possessed hard evidence that Russian military intelligence agents were responsible, describing their actions as “state terrorism.” Russia apparently acted out of the belief that weaponry stored at the depot was destined for the Ukrainian military.

In response to Prague’s announcement, according to a Czech political analyst, Russia “swamped” the Czech Republic with a disinformation campaign, floating a wide variety of conspiracy theories designed to deflect attention away from Russian involvement. The campaign does not seem to have had much impact on Czech public opinion, but it did cause a big swing in the way Russians view the Czech Republic.

The Russian disinformation began in late April, just five weeks before the Levada Center conducted its polling. Over that short timeframe, the negative view about the Czech Republic grew from 2 percent of respondents in Levada’s 2020 poll to 9 percent in 2021.

A similar pattern is evident with Russians’ perceptions of the United Kingdom. During the first decade of the 2000s, the UK’s “enemy” perception percentage hovered in the single digits on the annual Levada polls. It ticked up in 2014, around the time of Russia’s incursion into Crimea and the outbreak of the Russia-Ukraine hostilities. But it spiked rapidly in 2018 after the British government determined that Russian military intelligence agents were responsible for the attempted assassination of a former Russian spy on British soil.

As in the Czech Republic, the unmasking of Russia’s involvement in the near-fatal poisonings of Sergei Skripal and his daughter Yulia prompted the Kremlin to carry out a vast disinformation campaign. The state media machine floated the notion that British officials had staged the incident to smear Russia’s image.

The campaign succeeded in drastically altering Russians’ perceptions of the UK. One 2018 poll conducted by Levada found that only 3 percent of Russians queried believed that Moscow was responsible for the Skripals’ poisonings, while 28 percent echoed the official propaganda that London was engaging in dirty tricks. Not surprisingly, that same year, the UK shot up as a perceived enemy from about 14 percent to almost 40 percent.

Levada’s 2021 list of Russia’s friends generally did not contain any surprises: Belarus occupied the top spot, followed by China and Kazakhstan. Armenia, Azerbaijan and Kyrgyzstan were among the formerly Soviet states also making the “friends” list. Cuba, Syria, India and Germany were also deemed Top 10 friends of Russia.