Putin Pop: A Guide to Russia’s Most Patriotic Music Genre 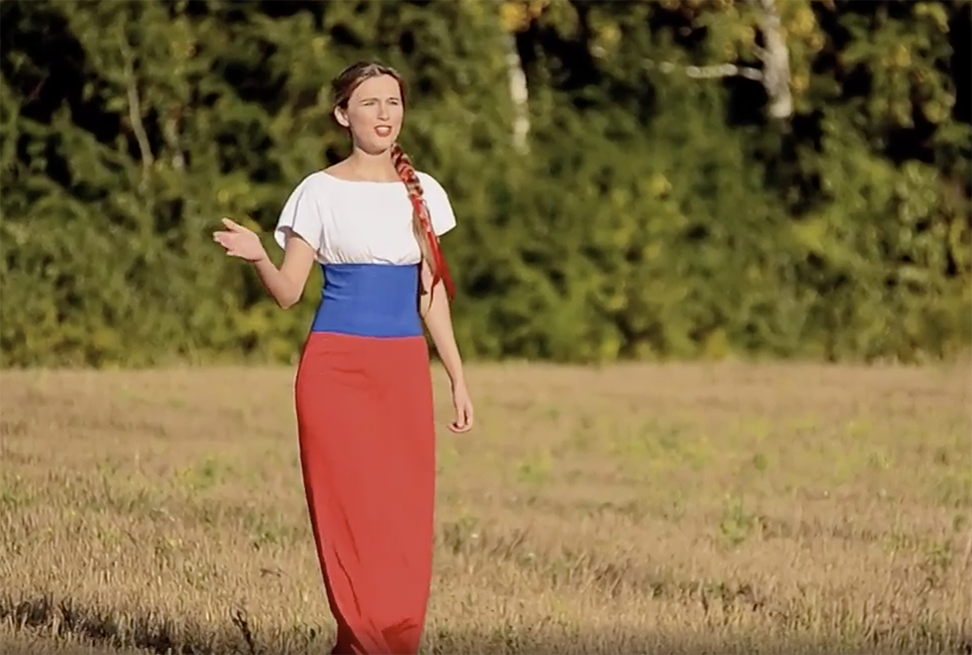 "You are Putin, you are so Putin. / I want to be with you. I’m screaming after you."

A music critic once argued that Vladimir Putin-inspired songs are the worst thing Russia’s president has done to Russia. As a matter of fact, Putin songs could be regarded as an entire genre of music in their own right. From belligerent war tunes to maudlin love ballads to lavishly produced videos to amateur clips on YouTube, music of all permutations has been created to heap praise to the butch power of the Kremlin leader.

Some Putin song warblers are motivated by political or financial incentives, others by sincere passion for the president.

Here is a selection of your correspondent’s seven favorite Putin songs. A point of order: by no means is the list comprehensive and it omits some classics, such as electronic disco hit A Man Like Putin.

7. When We Are Together, Masha Rasputina

All the power and pain of the Russian state is packed in this jingoistic tour de force performed by Masha Rasputina, a pop diva better known for her raunchy, erotic oeuvre. Famous songwriters Ilya Reznik and Kay Metov wrote this one in the best traditions of World War II-era Russian crowd rousers. Rasputina, brimming with patriotism and collagen, strikes a feisty pose on stage and belts out in her husky voice: “In this historic moment of worries, hopes and trials, our friend/president, please accept the gratitude of the nation.” Russia’s tricolor flags wave across giant screens behind her. Putin appears signing decrees, dispensing awards, stealing a peninsula from Ukraine, hanging out with senior citizens and hockey players. Rasputina goes on to proclaim that God sent Putin to Russia to help reclaim its destiny as a great nation. A choir of children, mostly girls in bleach-white dresses and bows, kicks in at the chorus: “Russia is praying for you and you pray for Russia.”

Putin is a total bro, according to Sasha Chest and Timati. In this sleek video, the pair of hip-hop artists take a smooth, groovy beat to Red Square to profess their respect for the president. “My best friend is President Putin,” Timati chants rhythmically in a sonorous, doubled-tracked vocal. Through flashes, Putin’s graffiti portrait menacingly appears on a black wall. Sasha goes on to spell out the many feats of his homeboy Putin, as a fast medley of images shows skateboarders, cyclists, water scooter riders and a DJ all wearing Putin masks. “He is a cool superhero and you know it… girls go crazy about him.” The party hits the roof in a club. Babes shake in slo-mo. The performers take a moment to do a little patriotic product placement: “Russian make is back in demand: Lada sedan, salute Avtovaz!”

The song does get you in a dance mood, but there something particularly off about rap, a genre largely devoted to dissing the system, being used to glorify a national leader that Sasha calls “the White Lord.”

Everyone out there spoiling for a fight with Putin will have to go through Yuliya Vinokurova, an obscure singer from Samara. In 2015 she produced a folksy, ebullient march calling for Russian women — fellow “babas” as she puts it — to rise-up for Putin.

She holds a vigil with her arms akimbo, snapping her fingers at Putin’s ill-wishers out there in the West. “Enemies are ganging up on Russia again. Once more, they have surrounded the homeland,” Vinokurova goes in her zesty, piercing voice. “Come on babas, let’s help Putin or else Obama will peck him to death,” she sings as both presidents are shown with or without their shirts on in the YouTube video.

But don’t turn away. Stick with the song, it gets better:

“Countries of NATO are marching on us. They want to disturb our peace. Their babas have no breasts and have beards, while our babas have, oh, what great breasts.”
This last bit is refrained twice. Then, after a key change, she continues: “Come on babas, let’s give the enemy some whooping our baba-way. Come on babas, let’s help Putin. He is the one muzhik [real man] left in all of the world.”

In this DYI-Putin song, a certain Alexey Smirnov is pretty much jamming in duo with his favorite president. Smirnov, a concerned citizen apparently, could not take any more Putin-bashing and recorded a homemade response to remind an ungrateful nation of the great things Putin has done for Russia.

The president’s words are taken from public statements and inserted in the parts of the song where they fit musically and thematically. “Many are not content with our country, with the constitution, lives, jobs, fate. ‘Change the laws,’ they go brandishing posters,” Smirnov sings. Putin appears responding: “You need to change your brains.” And so the president and the citizen go offering rhyme and reason together:

Smirnov: “Of course it is easier to blame the state for everything. We don’t want to work, we rather pour some vodka,” which is poison.

Putin: “And you have got to know that.”

Smirnov: “Why accomplish anything yourself? Let the state provide us with everything.

Putin: “You are angry and that means you are wrong.”

Smirnov: “They say we chose a wrong path.”

The video is punctuated by a montage of footage showing Russia’s military and industrial might. It ends with Putin saying, “thank you for your attention.”

The 80s are alive and well in these four minutes of syncopated bootlicking for the Russian leader. This and many of his other pro-Kremlin music videos have failed, somehow, to deliver the bush-league singer and actor Oleg Likhachev to the stardom that he aspires, but he sure keeps trying.

The video opens with Putin making his inaugural walk through clapping crowds and grand halls of the Kremlin on his way to his latest, third term as president. After a synthesizer pop-style intro, the video takes you down memory lane, rehashing Russia’s recent history. After mentioning how the USSR crumbled around Russia and a “bloodthirsty bird” flew into the country (a star-spangled American eagle appears for those slow on the pick up) amid economic turmoil, Likhachev gets on with his cheery, feel-good refrain. “Vladimir Putin is a fine fellow — a politician, leader and fighter. Our president has put the county on its feet.”

An ode to Putin by a man from Tajikistan is the biggest non-sequitur of the genre. This internet video sensation was found to be so bizarrely bad that Kremlin critics have called it the best anti-Putin video ever. But Tolinjon Kurbanhanov was serious about his unsolicited attempt in 2012 to help get Putin re-elected, where he gushes about his idol in accented Russian: “The country was in crisis, people were suffering and then God sent him to us. Did you notice how he happened to come to power in the beginning of a century and a millennium?”

Kurbanhanov’s phlegmatic expression hardly changes as he elaborates in tedious detail about the Russian economy. The chorus:

VVP lifted up Russia and is developing it more and more.

One of many unfortunate things about the video is that it exposed Tajiks — often targets of intolerance and derision in Russia — to even more mockery. But this was just a beginning for Kurbanhanov. He has since made two more Putin music videos.

Here, we have a love song that in 2015 pretty much broke the Russian internet. Mariya Osintseva, a Siberian woman who goes by the name Mashany, sings an ecstatic valentine for the Russian leader. Many viewers watched the fiercely tacky production in disbelief as the young performer, variably dressed in the colors of the Russian or Ukrainian flags, declared her love for Putin and relished in his annexation of Crimea. “I’m smitten, I am under your spell, can’t get you out of my head,” Mashany warbles as she traipses through a sun-drenched field. She then appears to portray Ukraine locked in a dungeon, waiting for its saviour. “Who that might be?” a voice asks and she bursts into the refrain:

You are Putin, you are so Putin.

I want to be with you. I’m screaming after you.

Take me away with you, I want to be with you.

Internet users on either side of the Russian-Ukrainian confrontation roasted Mashany but she could not be stopped and has since dropped more musical bombs online. She even offered fiscal advice to Putin in her Dollar-Ruble song to help curb depreciation of Russian currency. “After discussing this with colleagues we came up with a proposal about [pegging the exchange rate at] one dollar for one ruble,” She sings in front of approving hay stacks. The rest of the song is an enthusiastic gibberish evincing little regard for rhyme, grammar and sound monetary policy. No mention of Crimea this time, but she does remind Putin that reclaiming Alaska from the United States is long overdue.