Two new papers find that Georgia and Azerbaijan would gain more from improving trade with their neighbors than pursing a place on the Belt and Road. 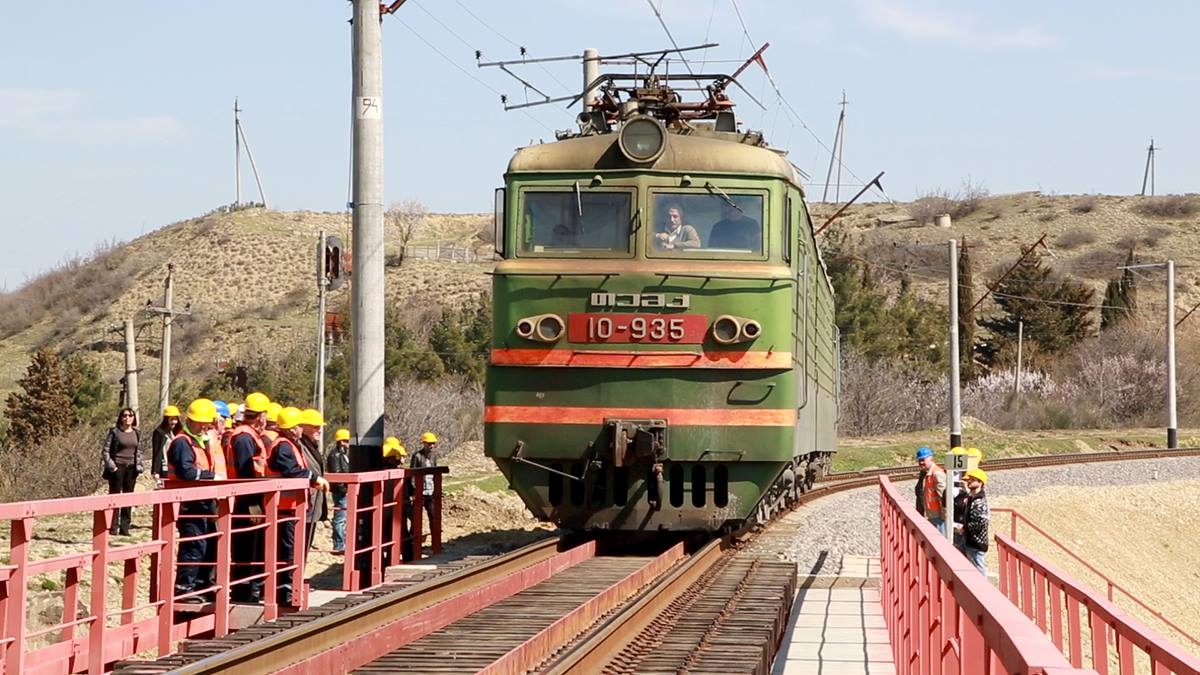 Georgia’s infrastructure budget would be best spent upgrading its railroad networks, according to new research from the ADB Institute. (photo: Georgian Railways)

Bottlenecks at major ports and other shocks to global shipping are casting fresh attention on alternate routes for moving Chinese wares to European markets.

The Trans-Caspian International Transport Route, known as the Middle Corridor, had been in development as part of Beijing’s Belt and Road Initiative (BRI) for several years before the coronavirus tied supply chains in knots. The 6,500-kilometer network of roads, railroads and ports spanning Kazakhstan, the Caspian Sea, Azerbaijan and Georgia, then into Turkey and/or the Black Sea is intended to reduce shipping times from 60 days by ocean to a fortnight. It is backed by billions of dollars in loans and grants from the Chinese government.

A recent economic impact assessment by the ADB Institute, the development bank's think tank, looks at what the countries along the route stand to gain – or not.

They start with the assumption that investments will reduce the cost of trade. Then they simulate five scenarios describing different volumes of investment amid varying subsidies in a post-COVID world, different investment targets (sea, rail, road, airports), types of trade (export and import), and levels of investor confidence.

Trade has winners and losers, so reducing barriers comes with costs. An agricultural country like Georgia, for example, stands to lose local customers as cheaper foodstuffs from abroad compete for market share (assuming tariffs remain unchanged); at the same time, Georgian farmers will benefit from new markets in Europe.

Overall, in their middle-of-the-road scenario, Li, Wang and Chen calculate that Georgia stands to gain 0.68 percent to GDP per year by easing trade.

By disaggregating types of infrastructure investment, the authors then show that Georgia’s economy would be best served by upgrading its railroad networks, followed by seaports (which makes the tussle over the stalled Anaklia port project all the more painful a setback), at 0.242 and 0.209 percent growth respectively. Road upgrades would contribute 0.107 percent.

These figures sound small, but compounded over many years could significantly boost output.

For Azerbaijan and Kazakhstan the figures are far lower, however. Both would be best served by investments in air transport, which, in that middle scenario, only add 0.028 and 0.069 percent to GDP respectively. Overall, across all the Middle Corridor nations, investments in airports and railroads “have larger positive impacts on GDP growth than investments in seaport and roadway infrastructure.”

Li, Wang and Chen stress that infrastructure investment is necessary whether part of the BRI or not. Not only will growth suffer without modernization, but regional trade – between Kazakhstan and Georgia, say – is a worthy goal in and of itself, possibly doing more to stimulate local economies than searching for distant markets in Europe and Asia.

The paper does not discuss debt or Chinese financing, but it offers Middle Corridor countries a way to measure the benefits of new infrastructure against expected future growth. It is important that countries like Georgia and Azerbaijan conduct their own economic analyses, the authors say, because, when Chinese project developers come calling, they “appear to overestimate the positive externalities and underestimate the negative ones.”

“Countries should carefully consider the costs and benefits since the results suggest that [these investments] may not be effective in some countries.”

From China’s perspective, an argument for the Middle Corridor is diversification, to avoid dependence on the more direct route to Europe across Russia, write Tristan Kenderdine and Péter Bucsky in another ADB Institute paper published earlier this year.

“The statistics do not justify the PRC’s hype,” they write. The Middle Corridor crosses too many borders and bodies of water to be commercially viable.

For countries like Georgia and Azerbaijan, borrowing for giant infrastructure is a gamble. Kenderdine and Bucsky argue that they would be better served by liberalizing and integrating their economies locally with, for example, a regional trade zone, perhaps connecting the Caucasus and Central Asia.

Until then, they write, “there remains a mismatch between expectation and reality.”