While evidence of a Syrian presence in Azerbaijan grows, Azerbaijanis have strongly denied the claims and Armenian officials have seized on them to portray the conflict as a “clash of civilizations.” 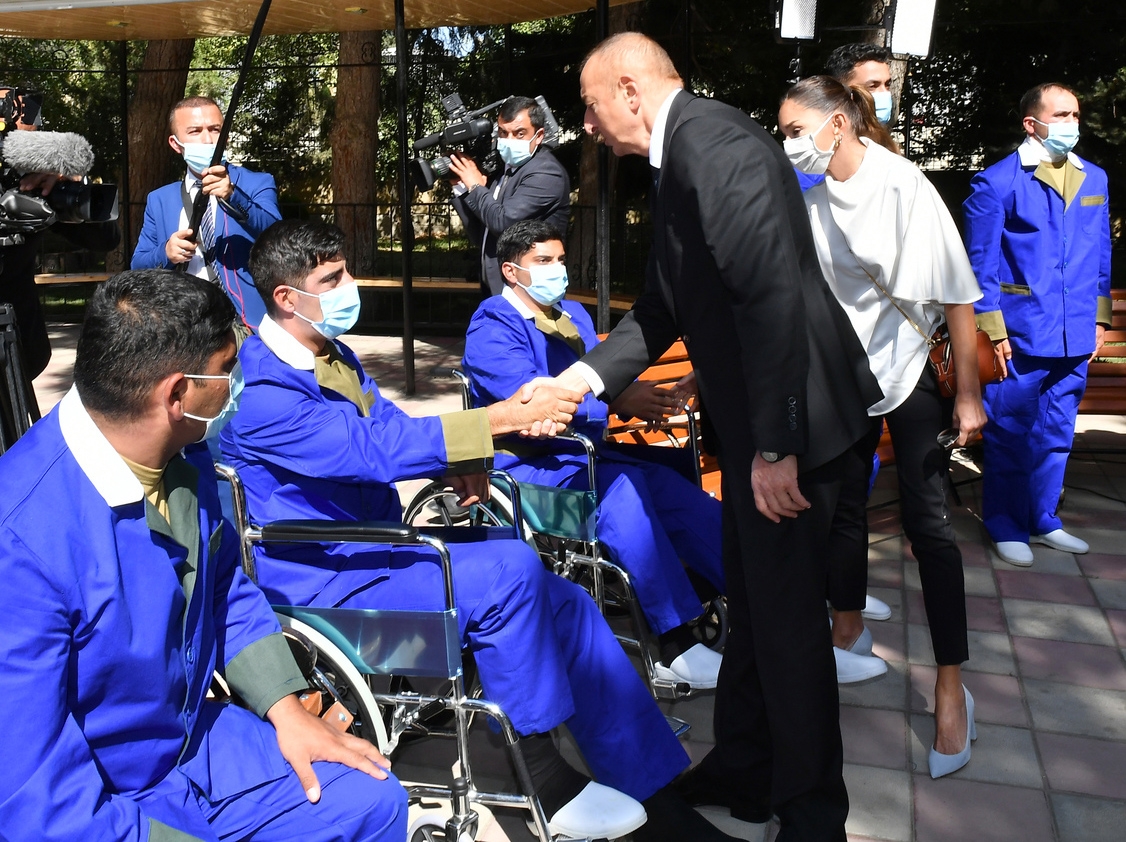 As evidence mounts that Turkey has recruited mercenaries from Syria to fight in Azerbaijan, it has dramatically shifted the narrative of the conflict with Armenia.

Since the beginning of this round of heavy fighting, more and more credible reports from international media, independent researchers, foreign governments, and eyewitnesses on the ground have documented the presence of fighters recruited from Syria and transported to Azerbaijan.

One Azerbaijani researcher living abroad had been watching in dismay as the reports piled up. Foreign media, many of them new to covering the conflict, have been focusing heavily on the Turkey/Syria angle and ignoring what Azerbaijanis believe is the foundation of the conflict: the unjust seizure of their land, and the subsequent displacement of more than 600,000 people, by Armenian forces three decades ago.

Like the vast majority of Azerbaijanis, the researcher initially saw the reports as flimsily sourced and impossible to square with how they understood their country.

Azerbaijan has spent billions over the last two decades to build up its armed forces into a modern, sophisticated military able to take back its territories, should peace negotiations fail.

So why would it need mercenaries who don’t speak the language and don’t know the terrain, Azerbaijanis have been asking. And why would the government outsource this patriotic duty to hired guns?

But as the reports have continued to proliferate, they have become harder and harder to write off. What tipped the balance for the Azerbaijani researcher was an account from a Syrian researcher and journalist, Hussein Akoush, who reported the deaths in Azerbaijan of two men whose families he knew.

“OK, now I am worried!” the researcher wrote to Eurasianet, referring to Akoush’s tweet. “But if that is true, why in the hell are they doing this, have they gone mad back home???”

While the battlefield gains that foreign mercenaries might offer are questionable, the damage that to its reputation that Azerbaijan risks suffering is immeasurable.

To the great majority of Azerbaijanis, the allegations remain unproven, and many see them as a deliberate fake news campaign aimed at discrediting their side. Armenian officials have made a large array of allegations about Turkey’s involvement in the conflict, most of them unsubstantiated, in a clear attempt to win international support.

“[T]he Western media has been reporting on the arrival of fighters from Syria in Azerbaijan to join war in Karabakh. But there is no single fact about it. There is no concrete fact about Turkey’s military support except political support to Azerbaijan,” tweeted Anar Mammadli, a political analyst in Baku. “By such manipulation at the expense of unconfirmed and unknown sources, they try to dress the conflict in religious clothes.”

“Armenia is consistently spreading out false claims (first mercenaries and then Turkish jet) about Turkish involvement in order to involve Russia in its support,” tweeted Murad Nasibov, an Azerbaijani civil society activist and doctoral student living in Germany. (One of the most explosive allegations, as yet unsupported, is that a Turkish F-16 fighter jet shot down an Armenian Su-25 over Armenian airspace.) “This is an irresponsible behavior that would have devastating consequences for the region.”

Many Azerbaijanis also have pointed to reports that the Armenian side has hired its own mercenaries, in particular from the Kurdistan Workers’ Party (PKK), though those allegations are far less substantiated, or to accounts of foreign fighters on the Armenian side, though those appear to be ethnic Armenian volunteers from diaspora communities in Russia or the Middle East.

The Azerbaijani government has strongly denied the allegations that it is using Syrian mercenaries.

"In recent days, we have been witnessing a smear campaign in some foreign media, which is full of lies and slander, allegedly in connection with the import of fighters from Syria to Azerbaijan,” the Ministry of Foreign Affairs said in an October 1 statement. It said the reports were based on “interviews with fictitious people."

"Unlike Armenia, which has been experiencing a severe demographic crisis for years and is unable to recruit as a result, Azerbaijan has a fully fledged armed force that is so professional that it does not need any outside forces, in particular irregular groups, to achieve its goals," the statement continued.

It is indeed difficult to understand what the military logic would be behind the move. While some mercenaries, including Chechens and Afghans, fought for Azerbaijan in the first war in the 1990s, that was borne of desperation, at a time when Baku was in political disarray and the military on its heels.

Today, Azerbaijan’s military is a different, far more capable structure. Nevertheless, Azerbaijan is very sensitive to casualty numbers. Thus far in the conflict it has refrained from releasing numbers of soldiers killed in the fighting.

“Well, cannon fodder is cannon fodder, but still not worth the reputational risks,” the Azerbaijani researcher said, on condition of anonymity due to the sensitivity of the subject. “That's why I am saying that this is mad. There is no long-term thinking.”

Reports of direct Turkish involvement in the war have alarmed Armenians, for whom it recalls the 1915 genocide of ethnic Armenians under the Ottoman Empire. Discourse in Armenia around the war is now dominated by the Turkish threat.

“The situation on the ground clearly indicates that the people of Artsakh are fighting against the Turkish-Azerbaijani alliance,” the Armenian Ministry of Foreign Affairs said in a September 28 statement, using the Armenian name for Karabakh. “Turkey, which a century ago annihilated the Armenian people in their historical homeland and up until now justifies that crime, now supports Azerbaijan by all possible means to carry out the same genocidal acts in the South Caucasus.”

That threat perception is echoed by ordinary Armenians.

“The world is not going to save us from Turkey but we will save them from Turkey,” one newly called up Armenian reservist told Eurasianet on condition of anonymity.

The reports of the Syrian militias indicate that they are former members of the “Syrian National Army,” which fought under Turkish command in northern Syria against Kurdish forces and the Islamic State in that country’s civil war. (Armenia has had its own small involvement in that war: it sent deminers and medics to Syria as part of a Russian military mission there.)

“These fighters, however, are not jihadists, as they are sometimes portrayed,” tweeted Elizabeth Tsurkov, a scholar of Syria who has been in touch with several Syrians who were recruited to fight in Azerbaijan. “Their willingness to fight for Turkey, a state jihadists consider to be apostate, attests to that. Thousands of them signing up to fight for Shia-majority Azerbaijan attests to that too.”

Armenian officials have nevertheless seized on the reports about the Syrian rebels to use Islamophobic language portraying them as Islamist terrorists.

Prime Minister Nikol Pashinyan told Russian state TV that Syrians were already trying to impose Sharia law in Azerbaijani villages, a claim he apparently got from a fake news site. The official government of Armenia Twitter account wrote that the country was engaged in a “clash of civilizations.”

A spokesperson for the Ministry of Defense said that Armenian forces were “the torchbearers of civilization fighting to the death against darkness and evil.”

While foreign media coverage has not gone that far, it has nevertheless heavily leaned on the Turkey angle, obscuring the local roots of the conflict.

“Azerbaijan doesn’t need this at all, there is no gain, only reputational losses,” the Azerbaijani researcher said. “If this is proven, the stain will remain.”

With additional reporting from Ani Mejlumyan and an Azerbaijani journalist.