The territory’s outgoing leader says the vote will take place in July. But he’ll be out of office by then and neither his successor, nor Russia itself, appear as interested in it as he is. 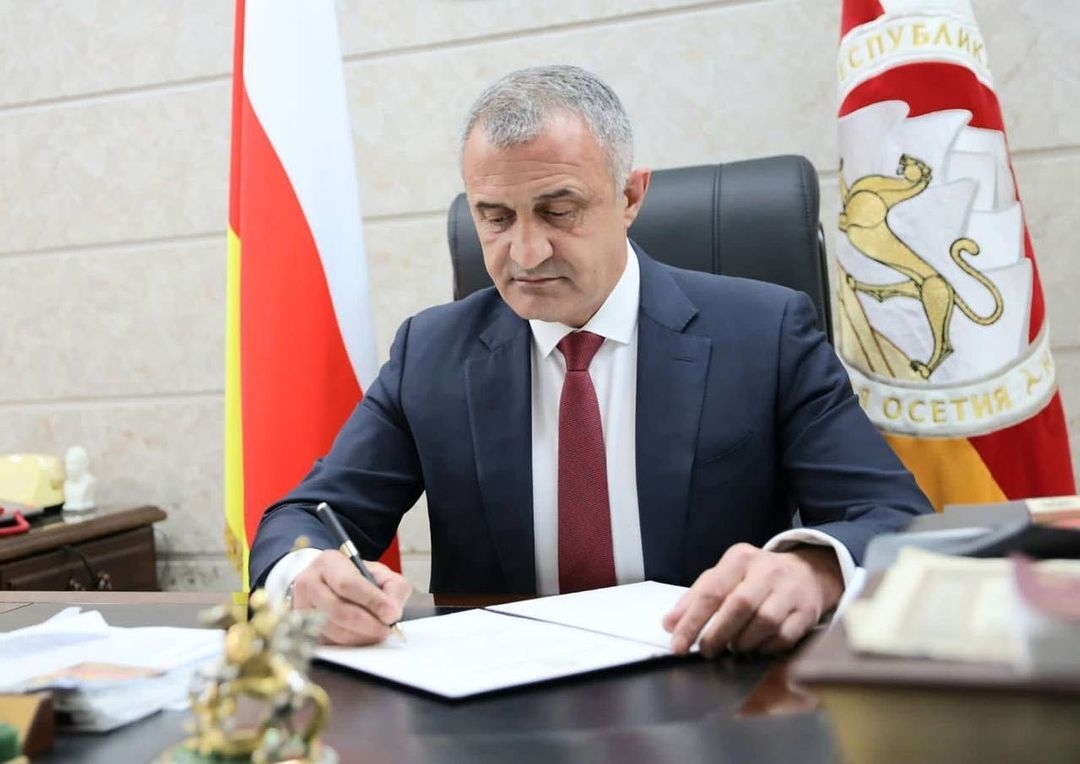 South Ossetia’s de facto leader has announced that the territory will hold a referendum on joining Russia on July 17.

But the holding of the referendum will be complicated by the fact that the leader, Anatoliy Bibilov, recently lost his bid for reelection and will no longer be president on that date, and that both his replacement and Moscow have shown little enthusiasm for going ahead with the exercise.

Bibilov made the announcement late on May 13, first on his Telegram channel and then on his official website. The question on the referendum will be: “Do you support the unification of the Republic of South Ossetia and Russia?”

It is necessary to hold the referendum now because “today, the window of opportunity is open for us,” Bibilov said. “Russia is today in a very difficult situation … many so-called partners of Russia are turning away from Russia. We, the Republic of South Ossetia, have always considered ourselves part of the Russian people.”

It’s not clear, however, whether Bibilov is going to be able to go through with the vote or whether this will be yet another failed attempt by the tiny territory to attach itself to Russia.

Following the surprise announcement, Bibilov’s newly elected successor, Alan Gagloev, reiterated the cautious stance he has been maintaining since Bibilov first announced the referendum during the election campaign: that in theory he is in favor of joining Russia, but that now may not be the right time.

“As a son of our motherland and the president of South Ossetia, elected by the people, I entirely support the idea of joining the divided Ossetian people as part of a united Russia,” Gagloev told the Russian news agency Tass on May 14. (Neighboring North Ossetia, home to most Ossetians, is already a part of Russia.) “From my position, I want to assure the people of South Ossetia that my actions connected with the unification referendum will be directed at observing international legal norms and consultations and the implementation of agreements with the Russian Federation.”

Gagloev pointed out that a 2015 agreement on “union and integration” between Russia and South Ossetia calls on the two sides to carry out a coordinated foreign policy and “inform one another on actions that affect bilateral cooperation,” implying, it seems, that Bibilov had not done that. Gagloev further argued that Bibilov had neglected to coordinate the planning of the referendum with “the newly elected president” (Gagloev here referred to himself in the third person), “knowing that the entire complex of activities around the referendum would have to be carried out by him [Gagloev], at that during a time of personnel changes.”

Gagloev will take over the de facto presidency on May 24.

The referendum also appears to have been approved by South Ossetia’s Central Election Commission and Supreme Court in an unusually quick period of time. While the constitution calls for the Supreme Court to approve the request within 14 days, in this case it happened “in a matter of hours,” “the speed of which surprised observers,” RFE/RL reported.

Whatever the intrigue within South Ossetia, the decision on whether or not South Ossetia joins Russia is going to be made in Moscow, as happened in the analogous annexation of Crimea in 2014.

And the signals from Moscow have not been strong. Senior Russian officials have yet to weigh in on the referendum, and Russian members of parliament have been giving mixed messages on the referendum.

One MP, Artur Taymazov, who represents North Ossetia, said in an interview with Tass that “if there has already been a decision to conduct the referendum, then yes, I think we are heading toward a unification of South Ossetia with Russia.” He added: “Today, the most basic goal of every Ossetian is for our people to live together.”

But another MP, Konstantin Zatulin, poured cold water on the idea. “I respect Anatoliy Bibilov, but his actions now are not entirely correct,” he told the newspaper Vedomosti. “If you lost the election, the referendum should be called by the president-elect. And if he is acting out of a desire to do one last thing, it’s not attractive. This referendum is not right for Russia now.”

Russia now recognizes South Ossetia as an independent state, as do a handful of Russian allies. Most of the rest of the world, meanwhile, considers it a breakaway part of Georgia after it broke away during a war in the 1990s. Tbilisi has condemned the plans to hold the referendum; it considers the authorities in South Ossetia illegitimate and the territory to be occupied by Russia, which heavily financially and militarily backs the self-proclaimed government there.

“It is unacceptable to discuss any referendums while Georgia’s territory is occupied by Russia,” Georgia’s Foreign Minister David Zalkaliani said on March 31. “No referendum will have any legal force amid the occupation, especially against the backdrop of hundreds of thousands of our citizens being expelled from their homes as a result of the ethnic cleansing and not being allowed to return.”