Many have asked whether the crash, which killed eight people, and the fatal paragliding incident that necessitated the rescue flight, were preventable. 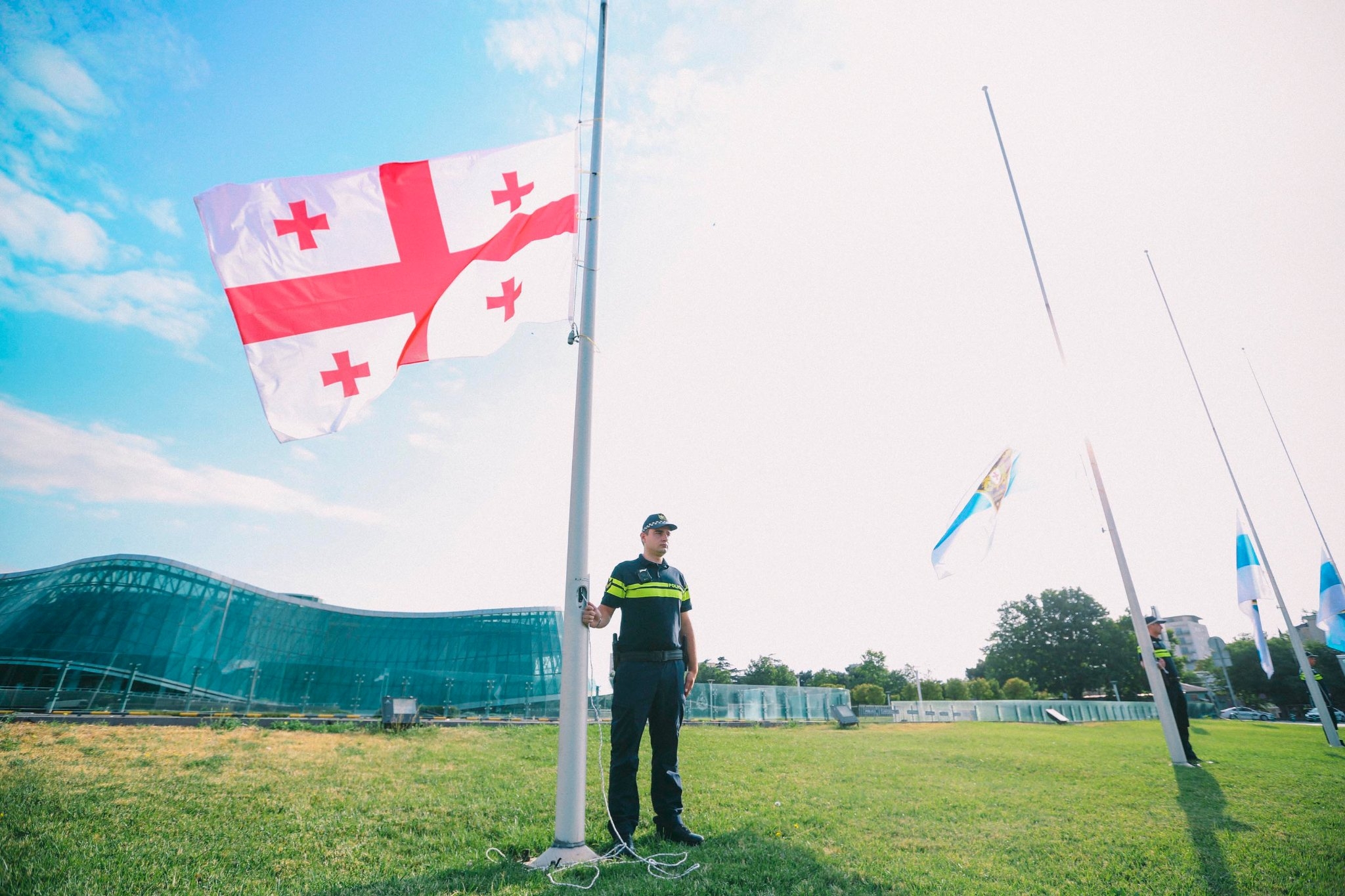 A fatal crash of a Georgian mountain rescue helicopter killed eight people and has sparked debate about the country’s unregulated tourism industry and its preparedness to handle emergencies.

On July 29, an Mi-8 helicopter crashed into a deep gorge in Gudauri, in the mountains of Georgia’s far north, as it was attempting to rescue two paragliders who had had an accident there. All eight people on board, including four crew members, two doctors, and two rescuers, were killed. One of the paragliders, a foreign tourist, also died. The next day was declared a national day of mourning in Georgia.

Many began to quickly apportion blame for the accident, with particular attention falling on the country’s booming paragliding business. Tourism is making a strong comeback in Georgia following the COVID pandemic and Gudauri, the country’s best-known ski resort in winter, has become a paragliding hot spot in summer.

But the practice is largely unregulated, allowing amateurs with little training to buy their own equipment and begin offering tandem rides to tourists.

Just two weeks earlier another tourist had died in a paragliding accident in Gudauri.

Paragliding “is truly a big problem,” Interior Minister Vakhtang Gomelauri told reporters as he arrived on the scene of the crash on July 29. “Hardly a week passes without a rescue operation, without deploying a helicopter.”

“I do not know why paragliding incidents happen often here,” he said. “There is wind, there are gorges, or there are no professionals. How are the licenses issued – everything will be explored and we will, by all means, figure it out.”

All paragliding was suspended pending the review and Gomelauri said that once the ministry had investigated, the activity would either be more tightly regulated or banned altogether.

Paragliding professionals called on the state to regulate the business more tightly while warning against completely outlawing the business.

“The state has not taken any effective steps to help us turn [paragliding] rules and regulations into laws,” Mariam Babunashvili, a pilot from the Georgian Paragliding Federation, told the TV network Mtavari Arkhi on July 30.

“Reasonable regulations need to be introduced,” said Rostom Talakhadze, another federation representative. This may include setting up a dedicated, state-built launch site, requiring regular equipment checks, and certifications that pilots are qualified, he said.

Other critics, meanwhile, focused on the helicopter, arguing that it was unsuited for the mission and emblematic of the country’s lack of preparedness for emergencies.

Few questioned the professionalism of the helicopter pilot Zaza Loria, who was widely respected and had over 30 years of experience flying. But many pointed at the helicopter itself, produced during the Soviet Union and now belonging to Georgia’s border police, and its suitability for rescue missions in Georgia’s difficult mountain terrain.

The Interior Ministry “should buy adequate helicopters for emergencies, rescue helicopters, not the multi-functional marshutkas,” opposition deputy Alexandre Elisashvili told TV network Pirveli on July 31, comparing the Mi-8 to the minivans used for public transportation. “Why don’t we have a single modern civilian-rescue helicopter in such a mountainous country?” he asked in a Facebook post.

In an August 1 statement, the Interior Ministry said its helicopters undergo checks prior to every takeoff and the aircraft that crashed had been recently renovated with new parts. It also responded to criticism in opposition media asking why more sophisticated, French-manufactured Super Puma helicopters bought under the former regime, were not used.

Over the past years, opposition figures have claimed the helicopters were bought precisely for rescue missions, while ruling party officials said they were extravagances meant to provide personal comfort to the then-ruling elite.

In the statement, the ministry said the Super Pumas were not equipped to handle these types of emergencies.

The Super Puma helicopters “were purchased in 2011 without the equipment needed for rescue missions,” the ministry said. “We would particularly like to call attention to one of these Super Pumas, which has been manufactured on special order with a high-class interior and design and which was used solely to transport high-profile individuals.”