Repatriation of Kyrgyzstani militants’ families from Syria and Iraq in limbo 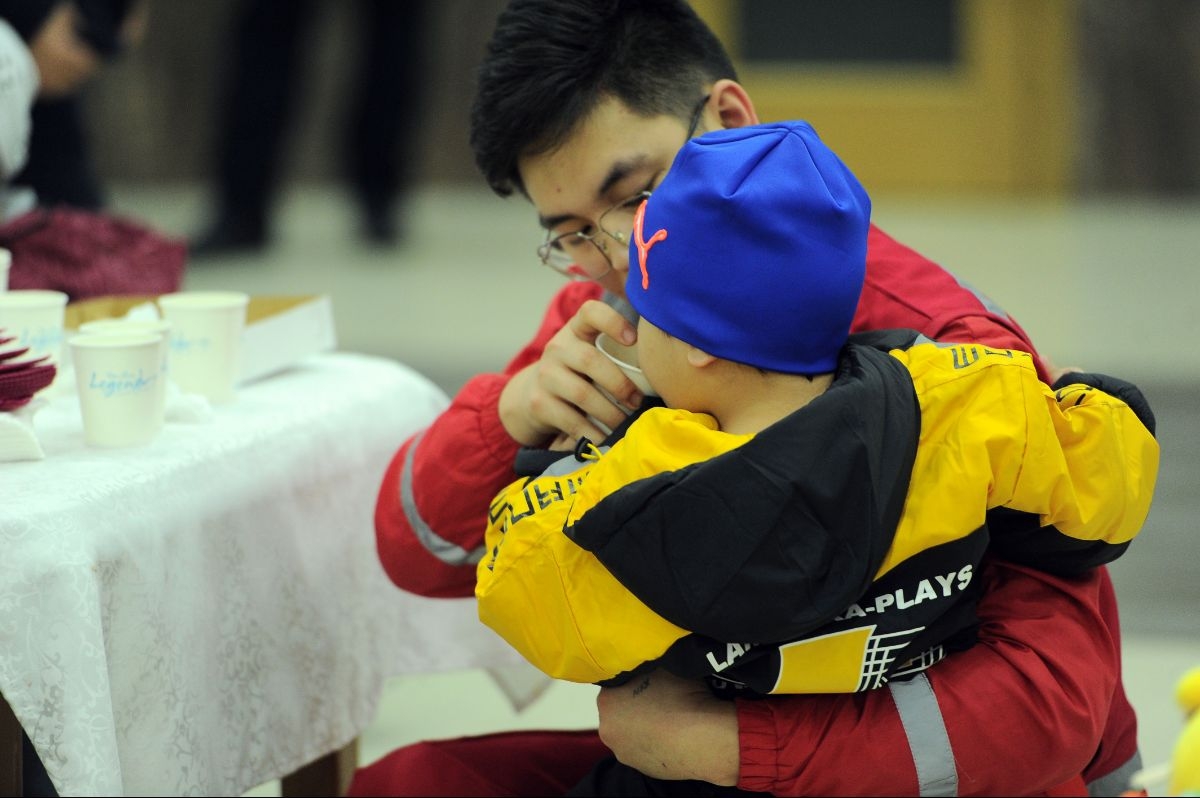 One of the children receives a drink from an aid worker after arriving in Bishkek. (Foreign Ministry handout)

The scene outside Bishkek’s Manas airport last March was bittersweet.

Holding balloons and stuffed animals, 79 children were embraced by overjoyed relatives. They had just arrived on a flight chartered by Kyrgyzstan’s Foreign Ministry from Iraq, where their parents are serving prison terms for ties with extremist groups such as the Islamic State (IS).

The flight was the culmination of three years’ negotiations between Kyrgyz and Iraqi authorities mediated by international humanitarian organizations and an estimated 55 imprisoned Kyrgyz mothers. It was Kyrgyzstan’s first repatriation from lands once ruled by IS, and it came after neighboring Kazakhstan, Uzbekistan and Tajikistan organized similar flights.

A year later, it remains the only flight Bishkek has managed.

Several thousand Central Asians are believed to have joined IS and allied militants in the early 2010s.

In addition to the 55 women in Iraqi prisons, more than 400 Kyrgyzstani nationals, mostly women and children, are being held at the Al-Hol and Roj detention camps in northeastern Syria, according to recent media reports. The camps – which are controlled by U.S.-backed Syrian Kurdish forces who are fighting both the government of Bashar al-Assad and Islamic State – hold tens of thousands of displaced people, including family members of IS fighters, and sometimes see spasms of violence.

Khalysa, a 34-year-old woman from the southern Kyrgyzstan town of Uzgen who is being held at Al-Hol, told Eurasianet of crowded, dirty facilities where food and medicine is short.

Khalysa and two of her children departed for Syria via Turkey in 2014 to join her husband fighting for one of the rebel factions. When he died in battle, she married a Tajik fighter and gave birth to another child in Syria; that second husband died in 2015. The following year Khalysa was captured by Syrian Kurdish rebels who took her and her children to the Al-Hol camp.

“Our children have been traumatized by hunger, cold, and constant violence. We fear that they can be taken away from us [by the Kurdish fighters] at any moment. I beg [Kyrgyz authorities] to take my children back to safety, to my relatives [in Kyrgyzstan],” Khalysa said over a WhatsApp call.

Because Central Asians traveled to Syria to join Islamic State, their families are viewed as enemies by the Syrian Kurds. Khalysa said they are singled out for harsher treatment than the thousands of local prisoners.

Khamida Yakubova, the mother of another Kyrgyz detainee at Al-Hol, speaks with her daughter and five-year-old granddaughter almost daily with the help of instant messaging apps.

In an interview with Eurasianet, Yakubova, who is originally from the Kyrgyz city of Kara-Balta, described a dire situation where the kerosine stoves they need to keep warm often ignite the flimsy tents.

“The children and women are too malnourished, and those who are very ill are kept [by camp authorities] outside” in the cold weather, she said. “Given the pandemic restrictions, there is limited humanitarian aid and food.”

Yakubova, who now works at a market in Moscow and often speaks to the press on behalf of the Kyrgyzstanis stranded in Syria, fears many may not survive the winter.

The return of the children was lauded by American officials and international relief agencies, but the solution to one problem has created a host of others. Kyrgyz officials say the children, after months and years of sharing prison cells with their parents, have struggled to adjust to life in Kyrgyzstan. Upon arrival, the children, who were between three and 18 years old, were placed in a special rehabilitation center where they spent three months adapting and acquiring social skills.

Kyrgyz officials say they wish to see the kids get a chance at a new life. But in reality, Kyrgyzstan’s State Committee on National Security, the GKNB, keeps a close watch, especially over the older boys. They fear the boys could influence their peers in Kyrgyz schools, perhaps by sharing radical ideas. Khalysa’s former mother-in-law, who called herself Dina, told Eurasianet that local Kyrgyz police inspectors regularly visit families whose members are believed to have visited Syria and Iraq. Officials insist their conversations help prevent radicalization.

Most of the children have relatives willing to adopt them. An NGO representative who closely followed the repatriation said that the children are not given a choice. In at least once case, the NGO worker said, siblings were divided by relatives after their release from the government rehabilitation center.

Progress repatriating other families has stalled. Part of the problem is that gaining physical access to the camps is fraught with risks for relief workers and diplomats. The area is still contested by various anti-government Syrian groups who engage in violent skirmishes.

Then there is the issue of money. The cash-strapped Kyrgyz government does not have the funds to organize a large-scale repatriation, according to an official in Bishkek who spoke to Eurasianet on condition of anonymity. Moreover, most Kyrgyz nationals and their children stranded in Iraq and Syria are said to lack identification documents.

Yakubova and other parents are growing impatient.

“We met with the GKNB and the Security Council chief, and they assured us that they were working to solve the problem,” Yakubova said. “But they are not moving fast.”

“The day when my daughter and granddaughter return [to Kyrgyzstan] will be the most joyful day of my life.”

In the court of public opinion, views on the Kyrgyz women stranded in Syria and Iraq vary. Some people blame the women for causing trouble for themselves and their families. Others are sympathetic. Dastan Bekeshev, an outspoken member of parliament, has called on the government to repatriate them: “We cannot give up on them. These are our citizens.”

But not all are eager to return.

Yakubova and Khalysa believe that some of the women, fearing official retribution back at home, would be unwilling to leave the camps even if that were an option.