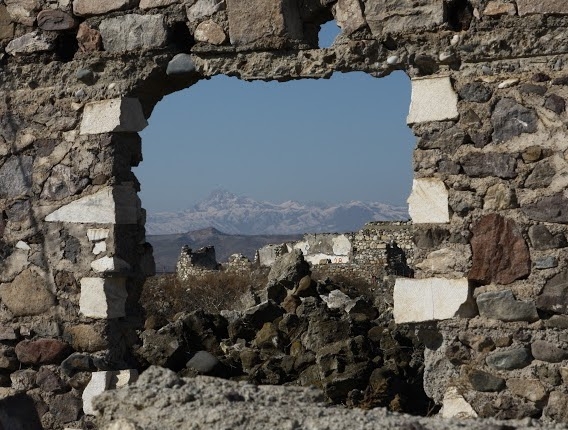 Armenia has decided that if fighting again breaks out with Azerbaijan, it will attempt to take the offensive and seize more Azerbaijani territory. That's the scoop from a new report from the International Crisis Group.

The report, Nagorno-Karabakh’s Gathering War Clouds, summarizes the political, diplomatic, and military developments since last year's "April War" between Armenia and Azerbaijan. It convincingly makes the argument that  "Armenia and Azerbaijan are closer to war than at any point since the 1994 ceasefire."

From The Bug Pit's perspective, the most intriguing news from the report is that: "[d]e facto Nagorno-Karabakh has even declared its readiness, if attacked, to advance deeper into Azerbaijan’s densely populated territory along the Line of Contact to gain a new security belt and strengthen its hand in future negotiations."

Recall that last April's fighting saw the first time territory has changed hands between the two sides since 1994, when Azerbaijan seized the strategic heights of Lala Tapa on the southern edge of the line of contact.

Now, apparently, Armenia -- though it fully controls Nagorno Karabakh, as well as a security zone two-and-a-half times as large around the disputed region -- may want to push its advantage.

"Toward the end of the winter, an internal consensus emerged within the de facto Nagorno-Karabakh leadership that – in the event of an Azerbaijani attack – the Armenian side should not only defend their positions, but also attempt to advance deeper into Azerbaijan," the report said, citing unnamed government and military officials from the de facto Nagorno Karabakh government.

"Preliminary planning by Nagorno-Karabakh-based military suggests advancing 15km beyond the established Line of Contact, which, they believe, would force the enemy to abandon hostilities, or at a minimum establish a new buffer zone that could break the enemy’s will to conduct regular attacks and become a new negotiating bargaining tool," the report adds.

In another bit of news, the report also cited Russian officials -- again unnamed -- acknowledging that they wanted to have a military presence in Karabakh. While both Armenians and Azerbaijanis have long suspected that motive behind Russian offers to set up international peacekeeping, it's still noteworthy to hear it from a Russian official. (One of the few areas on which the two sides agree is that neither wants a Russian military presence in the region.)

The report also provides a little glimpse at the effect that the war had on daily life in Karabakh, where news on the ground is hard to come by. "During the escalation, the de facto authorities called up the vast majority of Nagorno-Karabakh’s male population, most of whom remained in the trenches for at least the next two months," the report notes.

Anyway, you don't need The Bug Pit to tell you that the whole report is an essential read for getting up to date on the biggest security threat in the region. Read it here.