COVID and the Uighur crackdown are undermining Beijing’s image-crafting, a new report argues. 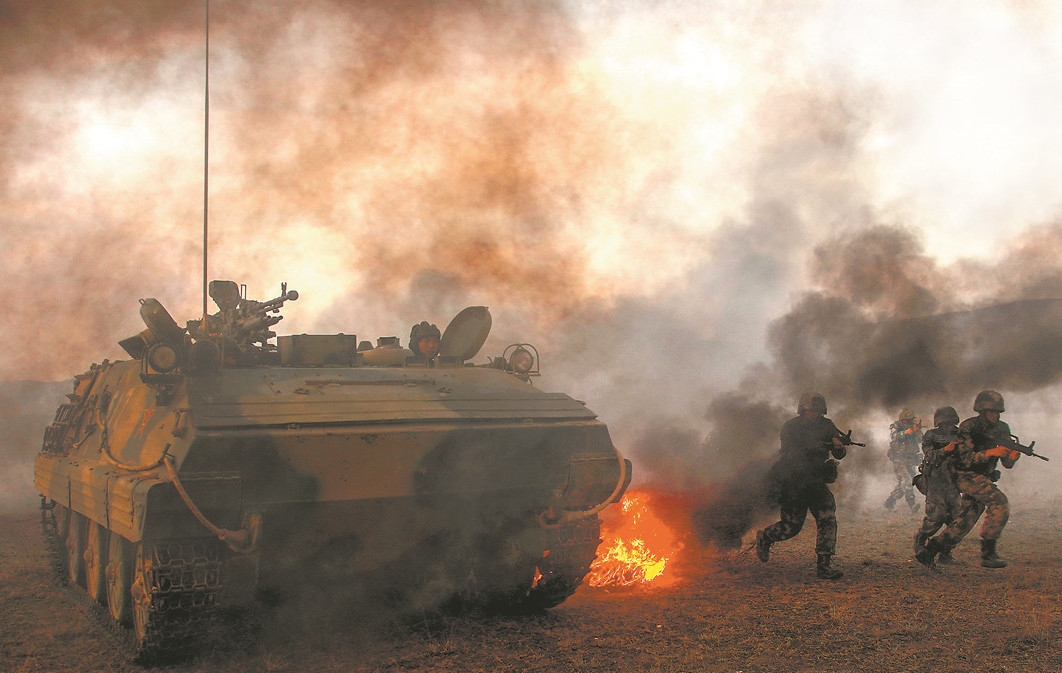 On the offensive: a military training in Xinjiang last year (PLA handout)

China’s crackdown on Uighurs and its initial cover-up surrounding the outbreak the COVID-19 pandemic have undermined the impact of its prolonged global image-crafting campaign, a new report argues.

China’s Global Media Footprint: Democratic Responses to Expanding Authoritarian Influence chronicles the rise of Beijing’s digital messaging machine over the past decade. These efforts to advance Beijing’s political priorities and open new investment opportunities have proven most effective in countries with weak institutions, where China can leverage the indebtedness of foreign governments.

Some tactics are designed to undermine public confidence in the rule of law and responsive government, the report states: Chinese methods “range from widely accepted forms of traditional public diplomacy and other forms of soft power to more covert, corrupt, and coercive activities.”

Beijing freely employs major social media platforms that are restricted inside China, including Facebook and Twitter, to spread its messages abroad. In addition to burnishing its own image, China increasingly seeks to quash foreign criticism and attack the credibility of individuals, entities and even entire nations that Beijing perceives as being a competitor or an adversary. In the past 18 months or so, such attacks have grown more strident.

“On the Twitter and Facebook feeds of Chinese state media, sprinkled among glowing posts about pandas, bullet trains, Xi Jinping speeches, and the Belt and Road Initiative, there appeared videos likening Hong Kong protesters to the Islamic State militant group and the rise of student activists to the use of child soldiers,” says the report, published by the International Forum for Democratic Studies, a research center at the National Endowment for Democracy in Washington.

One reason why Beijing’s messaging is getting sharper is that recent events, in particular its botched initial response to the COVID-19 crisis, have undercut China’s image as a benevolent global actor. News consumers are increasingly seeing a wide discrepancy between the views advanced by Chinese state media, and on-the-ground realities.

“In terms of China’s image around the world, public opinion surveys and academic studies indicate that in the initial years of state media expansion, views on China and Xi Jinping personally improved,” the report states. “Although it is difficult to isolate the precise cause, the dip [in public confidence in China’s messaging] has coincided with Beijing’s more aggressive actions in the South China Sea, the regime’s program of mass detention in Xinjiang (and its exposure by international media and researchers), and the PRC government’s dramatic moves to curtail freedom and autonomy in Hong Kong."

For coveted spots in China, Uzbek students ‘study like crazy’