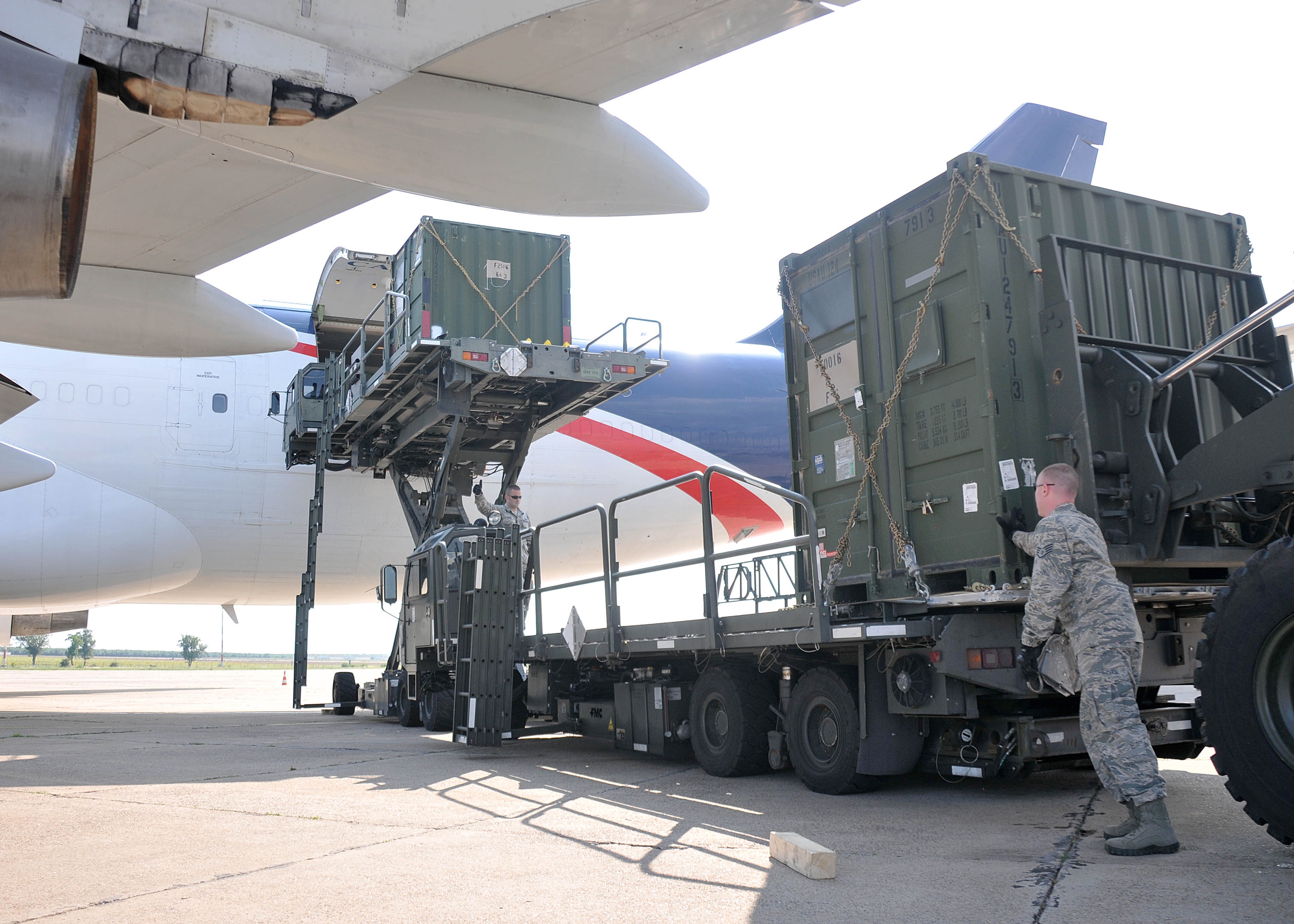 The U,S, is working out a deal to move part of its operations at the Manas air base in Kyrgyzstan to Romania, AFP has reported, citing U.S. defense officials. The U.S. was forced to look at options for replacing Manas after the Kyrgyzstan government demanded that the Americans finish up their operations there by July 2014. U.S. Defense Secretary Chuck Hagel is hosting his Romanian counterpart Corneliu Dobritoiu at the Pentagon on Friday, where the issue is expected to be on the agenda. From AFP:

Representatives from both governments in recent months have been negotiating the terms for use of the Mihail Kogalniceanu air base in eastern Romania, which would serve as the main hub for flying troops out of Afghanistan back to the United States.

Some equipment also would be flown from Afghanistan to the base, officials said.

Romania has already been an active participant in the Northern Distribution Network, with the U.S. flying cargo in and out of Afghanistan via the Mihail Kogalniceanu base, where there are good land and sea connections further West.

And in the second half of 2012, U.S. Transportation Command carried out a "proof of principle" test of the Romanian base (known in U.S. military shorthand as "MK") for transit of personnel to and from Afghanistan, sending 3,800 troops to Afghanistan and bringing back 6,200 more troops from Afghanistan via MK. So the Pentagon clearly was planning ahead in case they were forced to give up Manas.

The second major mission that Manas carries out is refueling, and it's not clear where that mission may be moved to, though a likely option seems to be to Mazar-e-Sharif, in Afghanistan itself.

UPDATE: The Pentagon confirmed this. Their statement:

The Department of Defense (DOD) has begun the process of relocating from the Transit Center at Manas International Airport (TCM) and plans to complete the transfer of areas and facilities to the Government of Kyrgyzstan by July 2014.

The current agreement between the U.S. and Kyrgyz governments on hosting the TCM expires in July 2014. The U.S. appreciates the support provided by the Kyrgyz people to U.S. forces and coalition efforts to counter the threat of terrorism and to achieve security and stability in Afghanistan and the region and respects the decision of the Government of Kyrgyzstan to end hosting the TCM after more than 12 years.

Working closely with Kyrgyzstan over the next nine months, the U.S. will manage the TCM relocation effort while continuing to support the International Security Assistance Force mission.

The U.S. intends to continue supporting Kyrgyzstan's democratic and economic development, and we look forward to further developing our bilateral relationship in the years ahead.