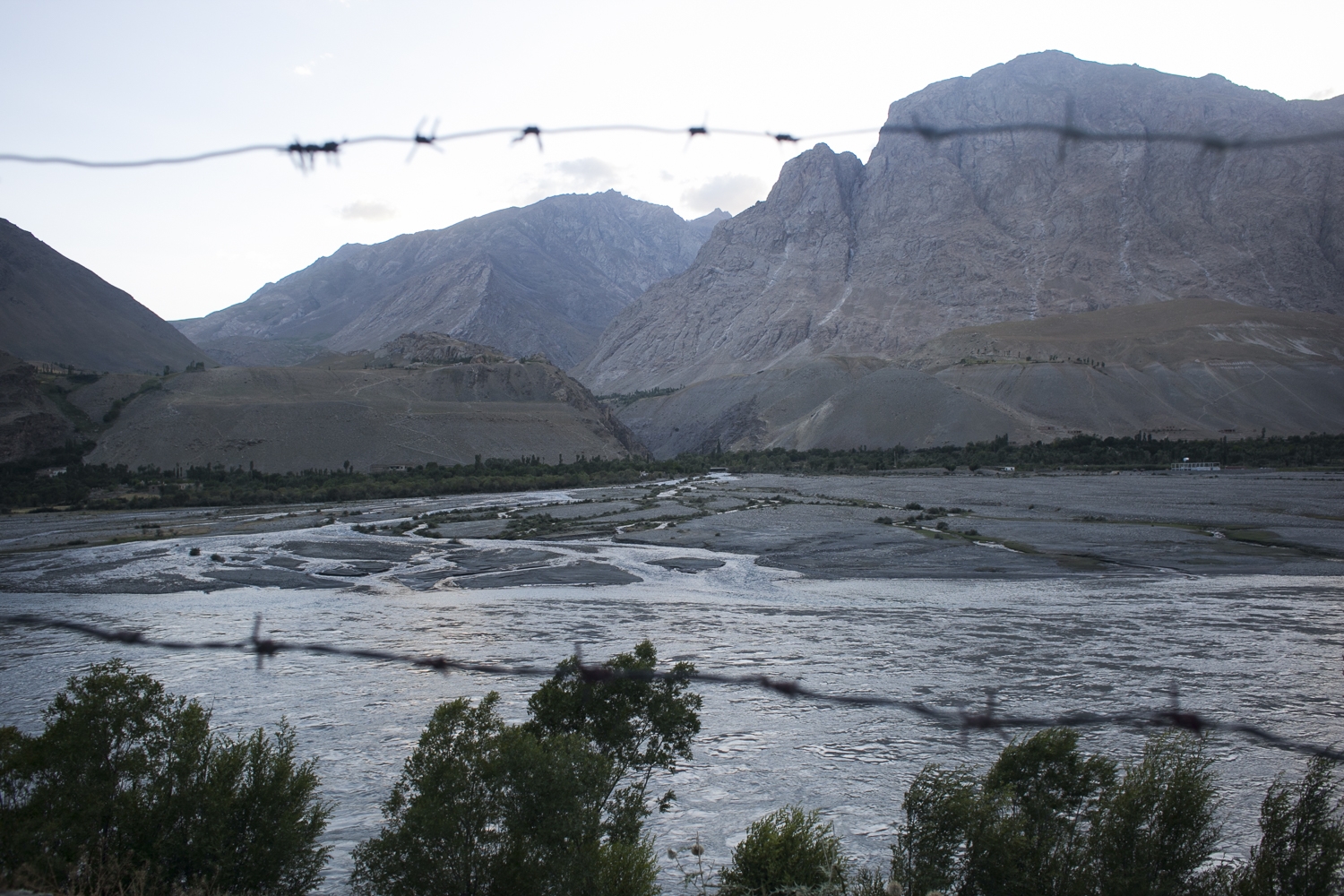 The Afghanistan-Tajikistan border stretches 1,300 kilometers and is thinly protected along many points. (Photo: David Trilling)

Officials in Afghanistan have said that either Tajik or Russian aircraft bombarded an area on their territory following a deadly border skirmish.

The exact circumstances of the incident are mired in confusion as officials on both sides of the border have issued a flurry of contradictory accounts and denials. Even the Taliban has denied its involvement.

RFE/RL’s Tajik service, Radio Ozodi, cited a police spokesman in Afghanistan’s Takhar province as saying on August 27 that six Taliban militants were killed after two Tajik armed forces helicopters fired on a position in the woods inside Afghanistan.

“There is a Taliban and smugglers camp in that wooded area,” the police spokesman, Halil Asir, told Ozodi. “There are operational reports about Taliban being killed as a result of this helicopter strike.”

Earlier in the day, numerous officials in Afghanistan had spoken about strikes being carried out by fighter jets belonging to either Tajikistan or Russia.

The reported strikes on the claimed Taliban redoubt in the Darqad district appear to have been a response to a near-border clash that took place in the afternoon of August 26 in which two Tajiks forestry personnel were killed in an attack initially presumed to have been launched from Afghanistan. Early accounts indicated the attackers had fired mortars. But in a statement on August 27, Tajikistan’s border guard service said 10 to 12 people had crossed the Panj River from Afghanistan and opened fire. The attackers had AK-74 automatic rifles and RPG-7B rocket launchers, the border service said.

An unnamed source told Radio Ozodi that the two fatalities showed signs of having been shot with Kalashnikov automatic rifles, implying close-quarter combat.

Following early reports of a strike by fighter jets on Afghanistan, officials in both Tajikistan and Russia issued staunch denials.

“We do not have the right to launch airstrikes on foreign territory. And even if such a necessity arises, then a meeting of [the Moscow-led Collective Security Treaty Organization] would be summoned to consider the issue of a strike,” a ministry source was quoted as saying by Asia-Plus news agency.

“Russian military planes have carried out no combat missions in the area of the state border between the Republic of Tajikistan and Afghanistan," the Defense Ministry said.

There is also disagreement about who might have mounted the assault that led to this alleged response.

Radio Ozodi has quoted Tajikistan as stating that the attack was the work of the Taliban.

But a spokesman for Afghanistan’s Takhar province was quoted by Tolo News as saying that the skirmish took place between drug smugglers and Tajik border guards. He said the clash raged over four hours.

A reporter for Reuters also cited the Taliban as saying it was not involved with the fighting. The militant group pinned the clash entirely on drug smugglers.

But Asir, the police official, stated that although he could not be certain who was behind the assault from the Afghan side, that part of the Takhar province is currently under Taliban control.

In any event, if the claims of deployment of aircraft pans out, it would confirm that Tajikistan or Russia are willing to engage in contained cross-border operations to secure the border with Afghanistan.

Both Dushanbe and Moscow have repeatedly made gloomy assessments about the state of security on Tajikistan’s southern border. Russian defense officials have at various times estimated that there may be some 7,000 militants with the Taliban and the Islamic State group mustered in the north of Afghanistan, posing a threat to countries like Tajikistan. Such broad-stroke and likely far-from-scientific guesswork, however, glosses over numerous nuances, such as consistent evidence of enmity between those two militant groups and the fact that the Taliban — which is by very far the more significant force in Afghanistan — has historically shown no interest in troubling Tajikistan.

Nonetheless, Dushanbe is evidently feeling spooked by recent developments. In a bloody act that took authorities by surprise, a group of young men in late July mounted a hit-and-run attack on a group of foreign cyclists, killing four of them. A video later surfaced of the men, who were all killed in a subsequent security sweep, declaring fealty to the Islamic State group.

Even as fighting was taking place in the remote souther Farkhor district on August 26, helicopters were hovering in the skies above the capital, Dushanbe, some 200 kilometers to the north. The aircraft resumed their monitoring duties the follow day, too. It is rare for Tajik armed forces to keep their helicopters in the air for so long as the cost of fuel is deemed exorbitant.

This entire episode comes at an awkward time as Moscow plans to host Afghanistan peace talks on September 4. Russia has said that the Taliban intends to dispatch a delegation to the negotiations, but the government in Kabul is so far unwilling to commit to attending.

Russia is eager to be perceived as a good-faith broker in peace talks, although its position toward the Taliban is less then conciliatory. The group is designated a terrorist organization and Moscow has repeatedly warned of the threat it poses to Central Asia. Just to complicate matters, however, the United States has also in the past accused Russia of secretly supplying the Taliban with weaponry, through Tajikistan, as a way of fomenting instability in the war-torn country.

This article has been recast to reflect fresh accounts and a denial from Russia’s Defense Ministry.