The second generating unit had been due to go online in April. 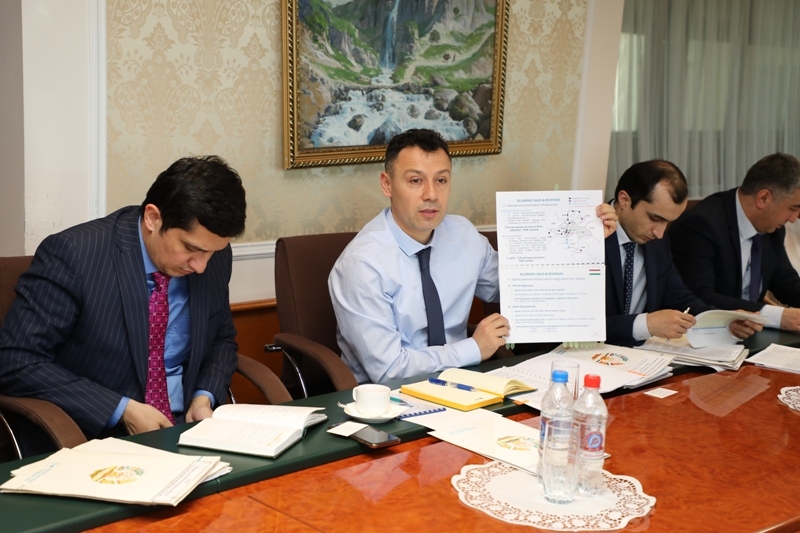 Government sources in Tajikistan have revealed that the next stage of the giant Roghun hydropower dam has been postponed in a fresh indication that not all is well with the project.

Asia-Plus newspaper cited an unnamed official as saying that the launch of the second generating unit at Roghun is not going to take place in April, as had previously been expected.

“It will not happen this month for sure. We will give information about the exact time of the launch of the unit at a later time,” the source told Asia-Plus.

This is a potentially alarming development.

Local media reported in early March that output at the one generating unit that is already functioning at Roghun had been temporarily suspended because of maintenance work. It was unclear what kind of maintenance was being undertaken.

Officials are unwilling to go on record with any information.

It was only in November that President Emomali Rahmon officiated over the ceremony to set the first of six planned hydropower-generating turbines into motion. Milan-based company Salini Impregilo, which is in charge of dam-building operations, said at the time that their schedule envisioned a second turbine producing power by some time in 2019, although they did not hazard a specific month.

Just three months later, there were reports that laborers on the Roghun site were grumbling about unpaid salaries. A February 11 article published on Moscow-based news website Ferghana cited employees at two sub-contractors as saying that they had not received pay since September.

Roghun is said to employ around 20,000 laborers. If it is ever completed, the dam will tower 335 meters and become the highest of its kind ever built.

The prospects are modest for now though. As Asia-Plus has reported, both the first and now-delayed second turbine are in early stages to operate as low-head units, meaning that the vertical passage of water — and the resultant amount of power produced — is relatively small. The 390-megawatt turbine-generator unit will later be substituted for a 600-megawatt unit.

Once it is completed — by 2033, if all goes to plan — Roghun should comprise a total of six 600-megawatt generating units. At peak annual capacity, the plant should be able to produce up to 17 billion kilowatt hours of electricity. By one estimate, this would be enough to meet the current needs of the capital city, Dushanbe, around eight times over. Exports of electricity to power-hungry nations like Afghanistan and Pakistan would have to be transmitted through the CASA-1000 high-voltage power grid, which also has yet to be built.

The Energy and Water Resources Ministry has said that Roghun’s first unit produced more than 90 million kilowatt hours of electricity during its first 45 days.

But delays to more units coming online will begin to sow anxieties about whether the Tajik government is able to paper over its looming balance of payments crisis.

President Rahmon told parliament in December that 24 billion somoni had to date been allocated to the project. (At the current exchange rate, that is equivalent to $2.5 billion, although the somoni has experienced routine devaluations, so that conversion is subject to variables).

Rahmon said 3.9 billion somoni ($413 million) had been set aside for the project in 2018 and that another 4 billion somoni would go toward funding Roghun this year. How much the whole project will take to complete is pure guesswork at this point, although a final price-tag of $3.9 billion has been touted.

Dushanbe is hoping that international development agencies may step in to help plug funding gaps.

The deputy head of the Tajikistan’s National Bank, Jamoliddin Nuraliyev, who is also the son-in-law of President Rahmon, met on April 2 with representatives of the World Bank to negotiate investments in Roghun. Those overtures are not yet known to have yielded results.

In addition to raising new funds, Tajikistan must also contend with servicing the private debt it has already accrued in financing Roghun. In September 2017, the National Bank issued $500 million worth of eurobonds on the international market. The 10-year notes were sold at a yield of just over 7.1 percent. That bond sale will leave Tajikistan having to pay off $850 million or so over the coming decade.