Uzbek officials warn that anybody found serving in foreign armed forces faces a spell in prison. 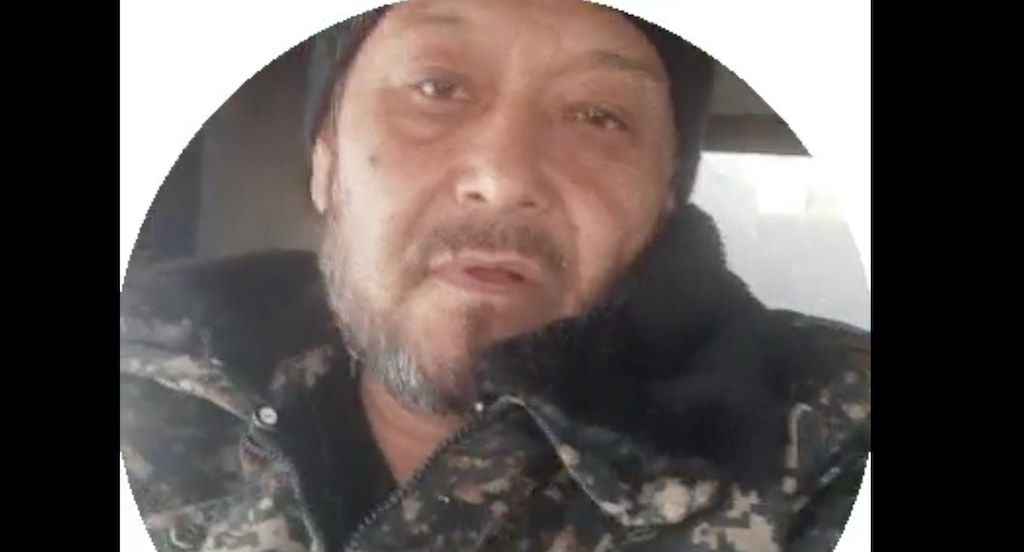 Uzbek national explaining to camera that he is driving a Russian army truck to Luhansk. (Photo: Telegram)

Military officials in Uzbekistan have issued a statement to deny that troops in the national army are being enlisted to fight for foreign armed forces amid circulating claims that Uzbek nationals are serving alongside Russian forces invading Ukraine.

The man, who appears to be in his fifties and is dressed in camouflage, states in the video that he was recruited because of his experience serving in Afghanistan.

“We’re here because we have no other choice,” the man says. “There are many Uzbeks here who have come to take part in the war. There are people from Tajikistan too. We have a contract.”

Journalists from RFE/RL’s Uzbek, Radio Ozodlik, tracked down the man, who confirmed to them that he had driven a Russian army truck into Luhansk, a separatist-controlled city in eastern Ukraine. The man, whose name was not provided, said he had been offered a three-month contract and was earning a salary of 50,000 rubles ($465). He also said the appeal of the job was that he would be able to secure Russian citizenship that way.

The man said he found the job at an employment listing website called UzMigrant.

In an Uzbek-language video published on February 20, the director of the company behind the site, Bakhrom Ismailov, bolstered this aspect of the account by stating that “contract service in the Russian army will allow you to obtain Russian citizenship in three months.”

The Uzbek Defense Ministry statement may have been spurred by other parallel developments.

Ukrainian Foreign Minister Dmytro Kuleba announced on March 2 that a legion of foreign volunteers was being formed to help in the fight against the Russian invasion and that “more than 1,000 volunteers from 16 countries” had already registered interesting in enlisting. He did not name any of the countries in question, however.

The Uzbek Justice Ministry had said in a statement a few days earlier that any Uzbek national found to have enlisted in the service of a foreign army or police service could face a prison term of up to five years.

Despite such proscriptions, there is a history of Uzbeks fighting in Ukraine on both sides of the combat line. RFE/RL reported in 2016 on numerous men who had fought either on the side of the Ukrainian army or for the Russian-backed separatists. The latter, the broadcaster said, had been recruited with assistance from the Russian security services.