There is no plangent chest-beating here – just a powerful, sympathetic account of the lives that are ruined when cruel rulers become addicted to their own power. 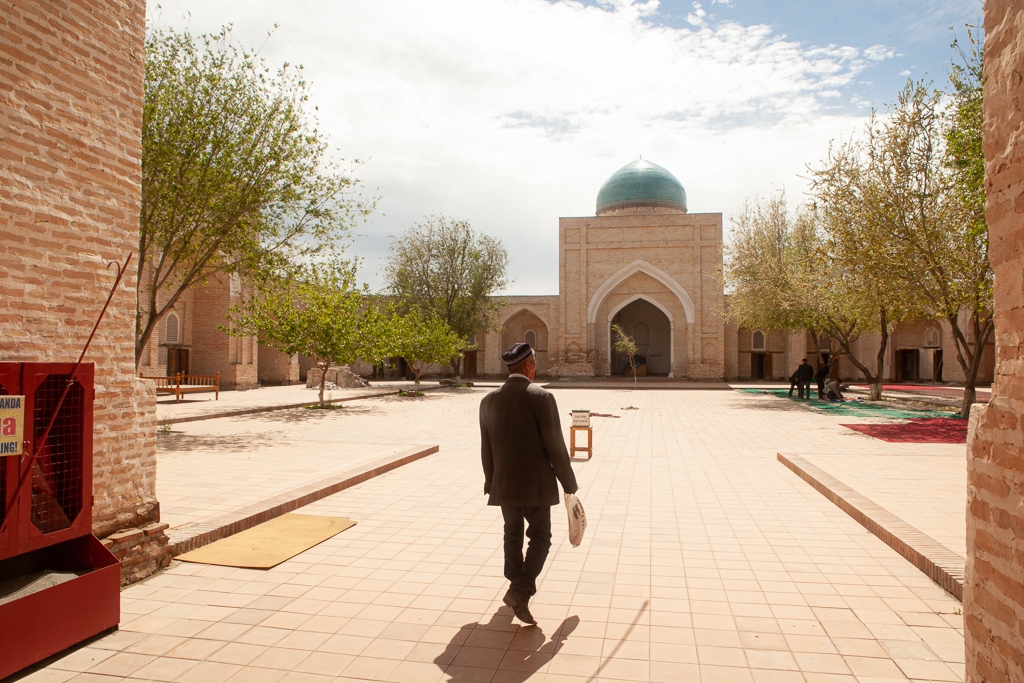 Authorities in Uzbekistan boasted earlier this month about having broken up a cell of an obscure radical Islamist group called, simply, Jihadists.

Media reports on the arrests carried only the scant details provided by security officials. The people behind the group are purportedly based in Syria.

As is customary for official statements on such arrests, the detainees are nameless, faceless cyphers. The allegations of investigators will be taken as a given. Even in a slowly reforming justice system, the chances of any eventual trial being thrown open to public scrutiny are vanishingly slim.

Are the suspects terrorists, as the governments claims? And if they had sinister intentions, what in their lives drove them to it?

It feels, in some respects, as though Uzbekistan has barely moved forward from the nightmare world described in Bagila Bukharbayeva’s indispensable book The Vanishing Generation: Faith and Uprising in Modern Uzbekistan (Indiana University Press, 2019).

By shedding light on just some of the myriad injustices perpetrated against the country’s pious Muslims over the quarter-century rule of President Islam Karimov, who died in 2016, Bukharbayeva is performing the work of memorialization that the government is showing no willingness to do.

There is no plangent chest-beating here – just a powerful, sympathetic account of the lives that are ruined when cruel rulers become addicted to their own power. A line of a letter written from prison by Iskandar Khudayberganov, one of the countless men scooped by the repressive machine, feels apposite: “My heart nearly stops when I remember all that torture. I am telling you this, not to make you pity me but so that you know the truth.”

As The Vanishing Generation opens, Bukharbayeva plunges us into life in perestroika-era Tashkent. The easing of censorship might have been broadening horizons, but getting decent food still meant waiting in long lines.

Every household met the challenge of the times in their own way. Bukharbayeva followed in her father’s footsteps and got into journalism. But it is the family of Fazlitdin Fakhrutdinov, a senior functionary in Soviet Uzbek nomenklatura, to which the book most often returns.

Rukhitdin, Fakhrutdinov’s fourth child, was a standout pupil and the pride of his parents. When he finished school, he enrolled at the Tashkent Oriental Studies Department and began to study Arabic. In 1989, when he was offered the chance to go abroad to improve his language skills, he opted for Kuwait, as his father advised.

The rediscovery of Islam was happening nationwide. As Bukharbayeva writes, “it was no longer in the Soviet government’s power to control religious matters.”

The seeds of the backlash were sown just as the Soviet Union had reached its terminus, in December 1991. Karimov was on the presidential campaign trail. One fateful day in the Ferghana Valley city of Namangan, he was cornered and given a humiliating dressing-down by a crowd of hotheads incensed by Karimov’s lack of deference to Islam.

A man called Abdulla Otayev in December 1992 became the first of the new generation of Islamic leader to go missing.

That warning bell was overlooked in the tumult of the times.

In 1995, the Namangan-born imam Obidkhon qori Nazarov, another key figure in The Vanishing Generation, began receiving menacing visits for the National Security Council, or SNB, an agency that succeeded the KGB and outdid it for arbitrary repression. He would later go into hiding and flee to Kazakhstan.

Mosques were being closed. Imams were being disqualified on ideological grounds. Academic institutions started to close their prayer rooms. Men were harassed by police for wearing beards. Surveillance intensified.

And then the bombings of 1999 happened. The government blamed the Islamic Movement of Uzbekistan, although this group had never itself claimed responsibility for the attack, which one might expect of a terrorist group. A tidal wave of arrests followed.

That year, the Uzbek authorities created a new prison, stranded in the deserts of Karakalpakstan, to accommodate its convicted extremists. Its name, Zhaslyk, is synonymous with horror. And the torture would begin as soon as prisoners entered the building.

“When my turn came, there were blows coming from all sides. Their rubber clubs burst apart; their metal rods were all bloodied,” recalled one former inmate.

And all this was filmed, according to the same witness, a fact that suggests that Uzbek authorities are sitting on the evidence to this day.

Bukharbayeva is one of the only handful of journalists who was present in Andijan in May 2005, when the massacre there unfolded. Her account of those events is at turns anxiety-inducing and jaw-dropping. There is no mistaking that this was a premeditated mass killing of innocents.

The picture is not without shade, however. The movement whose activities lay at the root of the Andijan bloodshed had a queasy cult-like aspect. Akrom Yuldoshev, the leader of an association known as Birodarlar, Uzbek for “brothers,” corresponds to the familiar profile of the religious auto-didact.

The story of Rukhitdin, Bukharbayeva’s childhood neighbor, ends badly. After eluding the authorities for years, he was captured by Kazakh security forces in November 2005 and quickly and unlawfully handed over to the Uzbeks. He would eventually sign a confession after being subjected to an act of mental torture of almost inconceivable sadism.

Bukharbayeva’s book has its moments of redemption. She finds solace in the epiphany experienced by Rukhitdin’s younger brother, Usmon, whose own remarkable tribulations merit a volume of their own.

Usmon bemoans the ways in which religiously naïve Uzbeks were dazzled by the rush of outside influences, in the form of Arab preachers, of the early post-independence years.

“They taught hadiths and ayahs, but they did not teach how to apply those things in life,” he tells Bukharbayeva at his home in Sweden, where he and many other Uzbeks were given asylum. “If you come to someone who for seventy years has been a Communist and tell him to grow a beard – would that not be ignorance in itself? A beard is considered good in religion, but it is not the basis of it.”

In learning about the full richness and variety of the Islamic tradition, Usmon appears to attain an internal serenity that eluded many in a post-ideological world.