Alt-info, a right-wing, anti-Western group that rose to prominence for leading anti-queer pogroms last year, is now opening offices around the country amid rising anti-Russia sentiment. 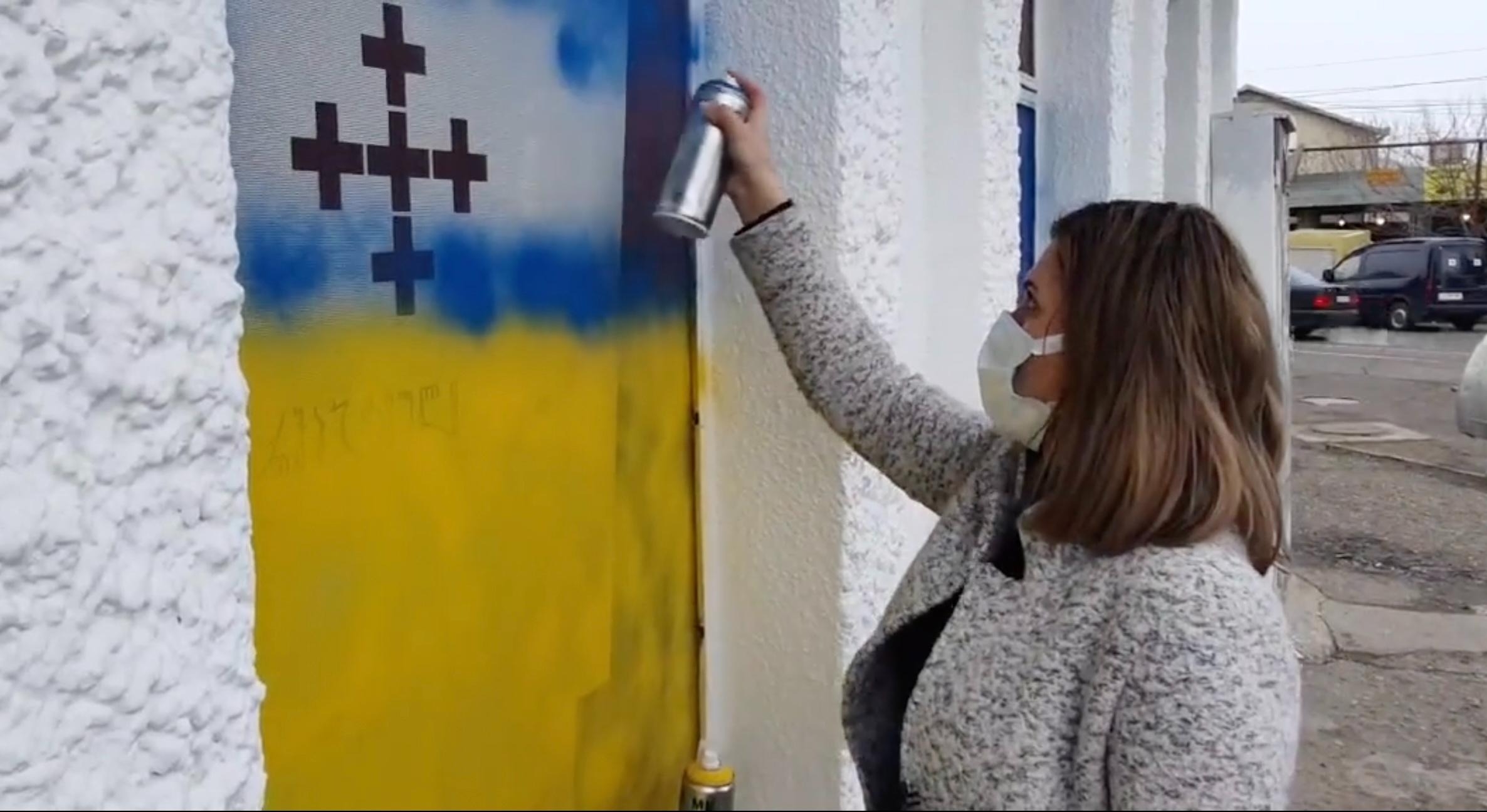 A right-wing, anti-Western group has dramatically expanded its presence in Georgia just as Russia’s invasion of Ukraine has heightened anti-Russia sentiment in the country. The growth has resulted in nationwide protests against the group and threats of violent retaliation in response.

The group, Alt-Info, in November launched a new political party called the Conservative Movement. The party then began opening dozens of offices across Georgia.

The quick expansion of the group – which many Georgians see as pro-Russia – has taken place just as Russia was preparing and launching its invasion of Ukraine. In Georgia, where many fear they could be Russia’s next target, the group’s rise has been provocative and threatening, sparking a strong backlash.

Alt-Info had already become notorious in Georgia for its illiberal views drawn from religious conservative ideas. It also advocates for friendlier ties with Russia, anathema to pro-Western Georgians.

But the group rose to particular prominence in the summer of 2021, when it was one of the key forces organizing anti-queer pogroms in Tbilisi in response to attempts to hold a Pride event in the city.

The resulting violence left dozens of journalists injured, one of whom later died.

Police largely stood aside during the violence. While they ultimately detained many suspects in the attacks, no charges have been brought against the figures who were documented as having incited the mobs.

That sense of impunity has hung over the rise of the Conservative Movement, as locals who have protested the appearance of its offices in their communities have received violent threats in return.

“Of course, we are aware that we are facing a huge threat and we really don’t feel safe,” said Irma Gordeladze, a teacher and environmental activist leading protests in the western Georgian region of Guria, in an interview with TV Pirveli.

The protests have had varying effects. In Khulo, an alpine community in southwestern Georgia’s region of Adjara, the group was evicted from its newly rented office after the landlord learned what the group did and stood for.

In Kobuleti, a seaside town in the same region, March 22 protests against Alt-Info erupted into physical confrontation, with activists saying they were attacked by an aggressive group of men for demonstrating against the party. Protesters against a local branch in Mestia, the main town of the mountainous northwestern region of Svaneti, also reported being physically attacked.

Particular concerns have been raised around the safety of Samira Bayramova, an ethnic Azerbaijani activist who spray painted the flags of Ukraine and the European Union on the walls of the Conservative Movement office in Marneuli, in the southern region of Kvemo Kartli where many Azerbaijanis live.

The group thus framed her protest in religious terms, while also claiming – falsely – that Bayramova was a member of the opposition United National Movement party. They threatened to vandalize the local UNM office in retaliation. (The group also has falsely identified other activists against them as having links with the UNM.)

“They know well that I am not a UNM member and that this is a provocation,” Bayramova wrote on Facebook.

Fearing for Bayramova’s safety, activists and politicians across Georgia have expressed solidarity and demanded that she be suitably protected. Many argue that she is being singled out because of her gender and ethnicity.

One group of women politicians and civil society activists visited her home, with TV cameras rolling, on March 21 to show their support.

Police have opened an investigation into threats against the activist, but nobody has been held responsible so far, reported the watchdog group Georgian Young Lawyers’ Association. In a statement, the group argued that the impunity the far-right groups have enjoyed since last summer’s violence has encouraged the latest threats and acts of violence while also eroding trust in law enforcement.

In the meantime, the geopolitical agenda of Alt-Info and Conservative Movement have been subjected to even greater scrutiny as anti-Russia sentiments have burgeoned as a result of Russia’s invasion of Ukraine.

In January, party leaders took part in an online conference with deputies of the Russian Duma to discuss relations between the two countries. One party leader, Konstantine Morgoshia, announced in mid-March that a party delegation would be visiting Russia in the “nearest future” to hold meetings with “political circles in Russia capable of settling Georgia-Russian relations.”

Those cozy relations with Moscow, and the rapid expansion of so many offices in Georgia, has led to supposition that party’s money must be coming from Russia.

The group argues that normalizing relations with Russia – which financially and militarily backs the two Georgian breakaway regions of Abkhazia and South Ossetia – would be a better guarantee of the country’s security than the country’s current pro-Western orientation.

“For Georgia, the biggest threat is currently Russia, we are going to settle [relations] with the source of this threat and those who are going to war, please explain how you are going to fight the war,” the party’s chairman, Zurab Makharadze, said on February 14.